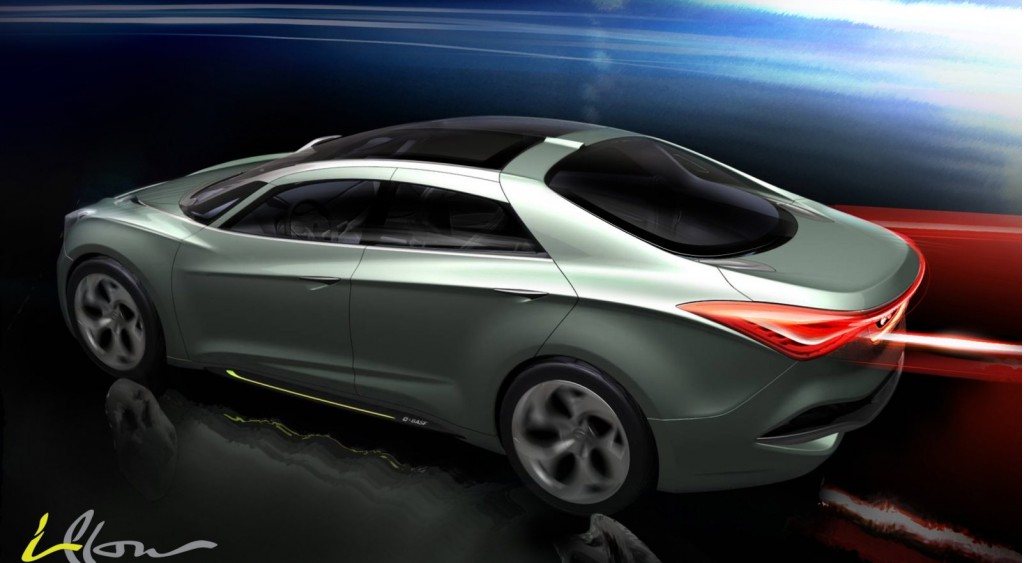 The current Hyundai line-up is a pretty rounded and competitive set of cars, but there is one car that seems to stick out of the line-up. That car is the Hyundai Azerra, even with the updates we saw at the Chicago Auto Show. However, the newest speculated member of the line-up, one we are told will replace the Azerra, would bring Hyundai’s D-segment car right in line with the rest of the models currently on sale. Enter the Hyundai i-Flow.

Pictures were recently sent out as a teaser to the i-Flow’s debut March 2nd in Geneva. This is probably in response to a recent release of the next Voltec-based concept car that is also scheduled to debut in Geneva. The Hyundai i-Flow has all the ingredients to be quite a crowd pleaser and a nice addition. The teaser shot shows what looks like a panoramic roof (we are told the car has solar cells), coupe-like roofline with 4-doors and a body that remind this writer of the ‘90s Dodge Charger concept that Chrysler never built.

The look of the car is credited to the Hyundai Russelsheim, Germany design Headquarters. The materials for the car come from BASF and have been chosen to minimize weight and maximize efficiency. A final production version probably won’t have quite the rake on the windshield, but even if it did this car would certainly turn heads like any Mercedes or BMW of the same size.

More to come in March so stay tuned!