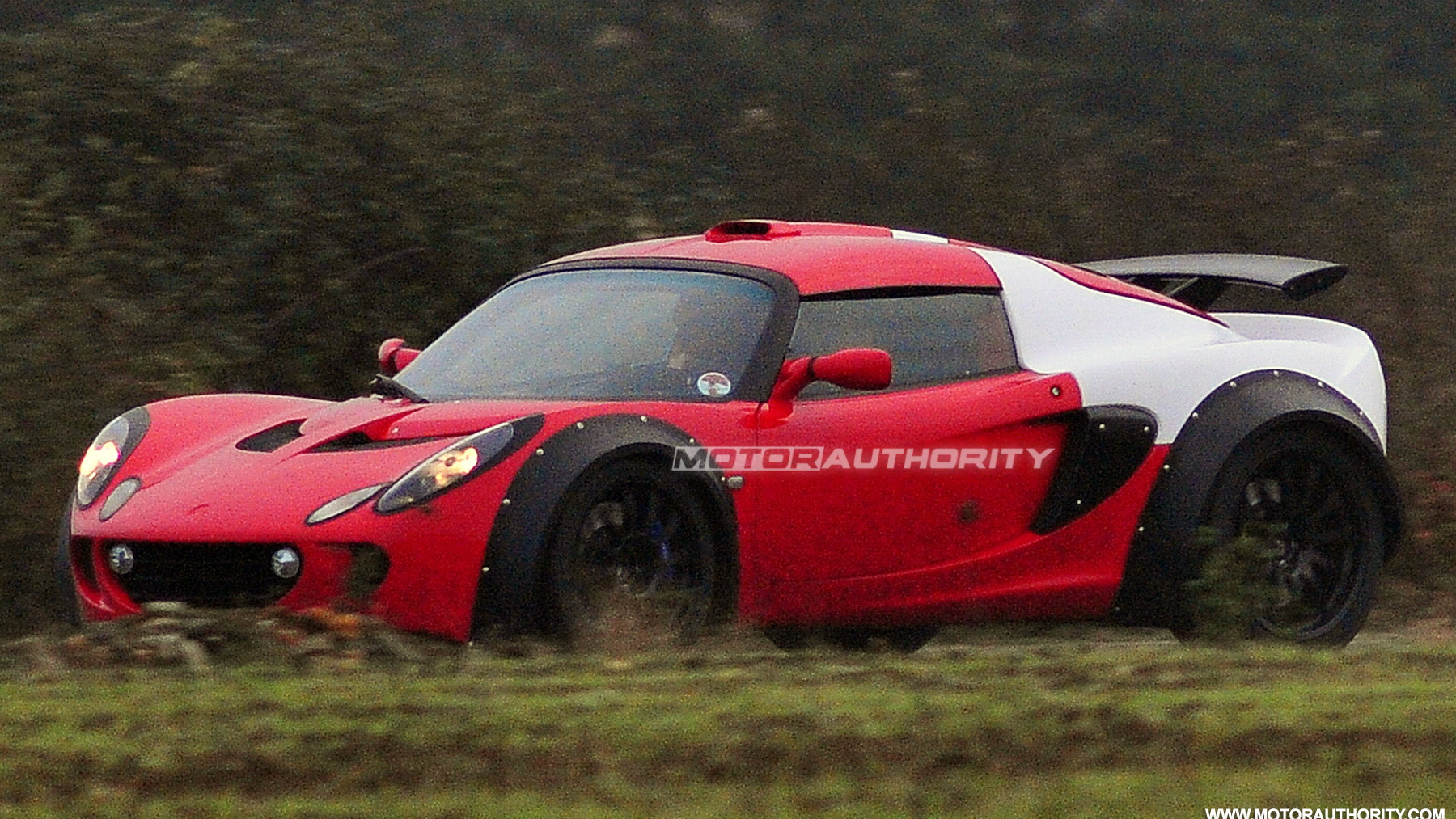 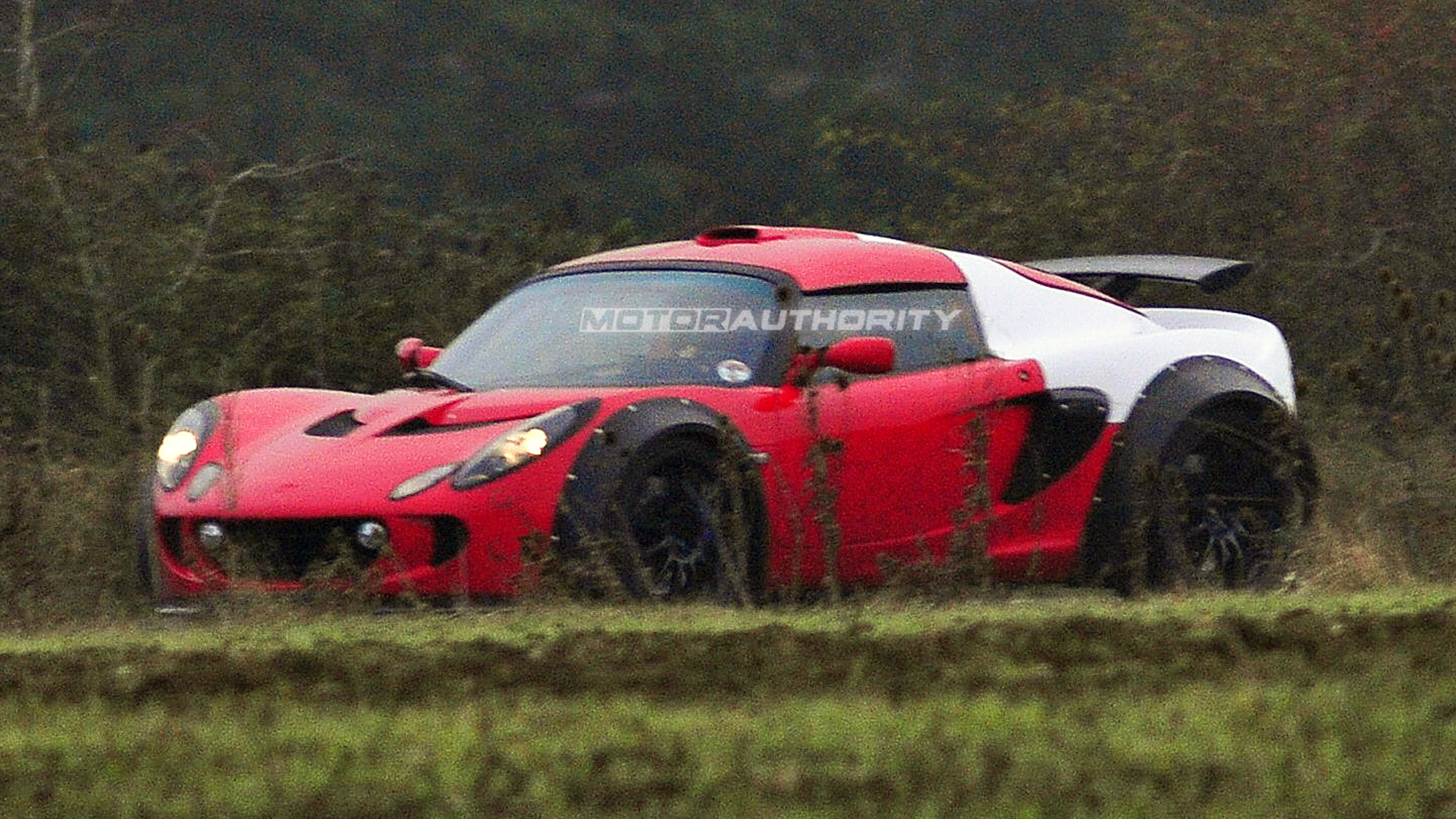 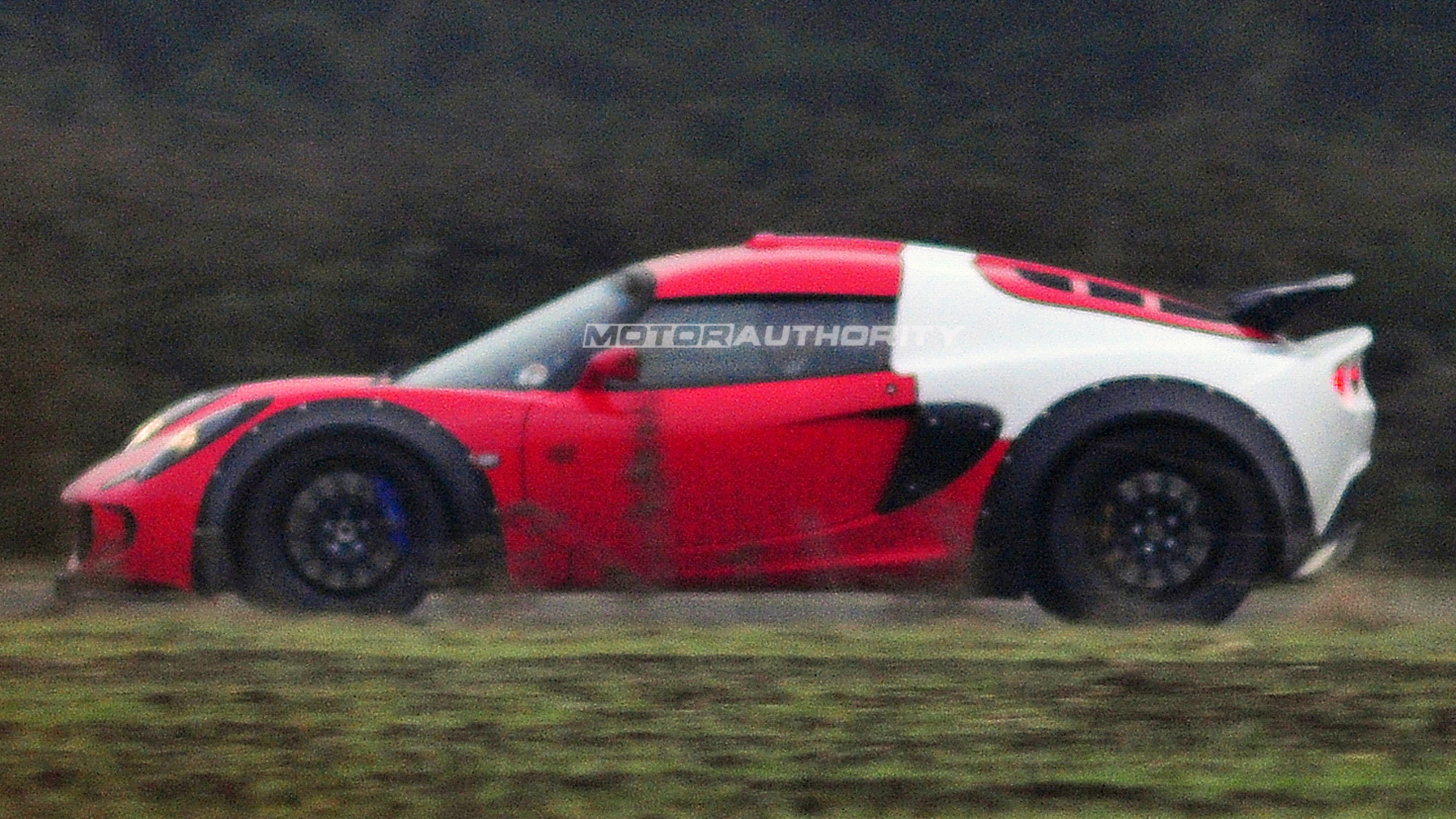 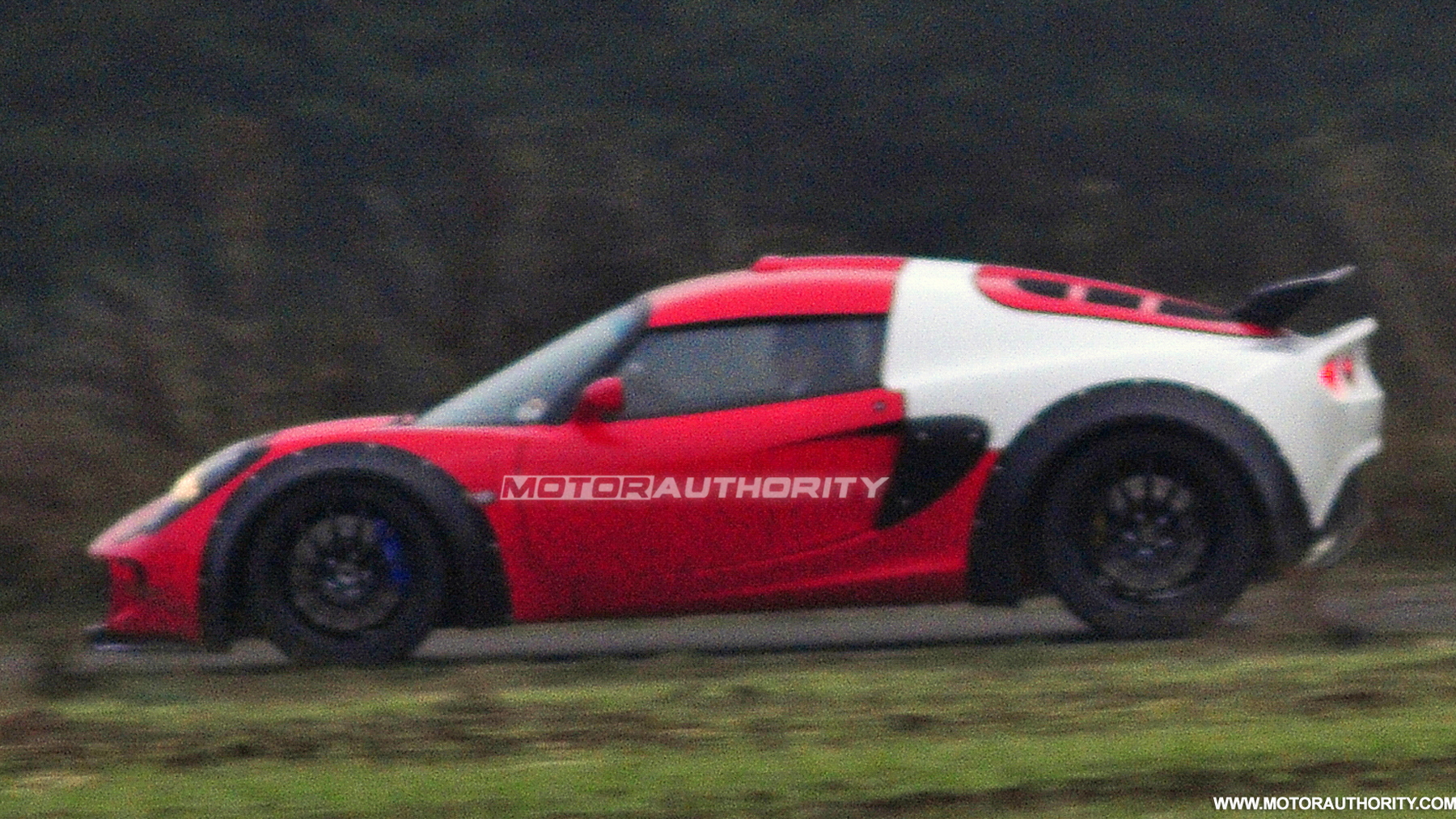 Lotus is probably in the best financial position it’s been in for years, with its debts about to be cleared and production at full capacity. Focus now turns to what’s in-store for the future and one of the bright spots on the horizon is a new-generation of the Esprit.

Captured here testing near the automaker’s headquarters in Hethel in the UK is a mysterious Lotus test-mule hidden under the sheet metal of the current Elise/Exige body. The extended wheel arches seen on the test vehicle suggest that whatever new model Lotus is working on, it will feature a significantly larger footprint than the current Elise/Exige line of cars.

This leads us to believe that the test-mule is for a new high-end model designed as a successor to the Esprit. However, most reports speculate that the Esprit successor will get a V-8 or possibly even a V-10 engine, which also suggests that this could just be a test-mule for the next-generation Elise/Exige since there would be no room for a big V-8 or V-10 inside the small body.

Lotus’ previous CEO Mike Kimberley has previously revealed that new Esprit is being developed together with “a very well respected prestige automaker.” Many predicted that BMW would supply one of its V-8 engines for the new Esprit but Lotus' close ties with Toyota, from which it already sources a number of powerplants, could see advanced Lexus engines used instead.

To keep costs down and speed up its gestation, the new Esprit will likely share its chassis with the bonded and extruded aluminum unit underpinning the Evora and not the Elise/Exige. Rising development costs and changing requirements, however, have reportedly pushed back the original 2010 release date to 2012 so only time will tell.