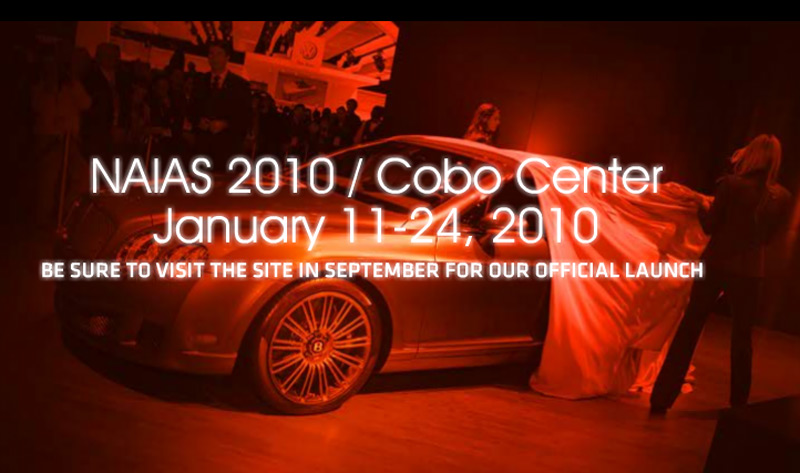 Fear-mongering reached new heights in the automotive world on the eve of the 2009 Detroit Auto Show, with naysayers predicting more somber processions and hushed voices than the average state funeral. The event, arguably one of the biggest in the industry, had several noticeable empty booths--including Ferrari, Rolls Royce, Land Rover, Porsche, Infiniti, Mitsubishi, Nissan and Suzuki.

Despite the despair of the past year, 2010 looks brighter for the North American International Auto Show (NAIAS) in Detroit. Organizers have confirmed that next year’s show will be at least as big as 2009 and there’s hope that some of the missing brands will return.

"Every space on the main floor is full," show chairman Doug Fox said during an interview at last week’s 2009 Frankfurt Auto Show. Fox didn’t reveal any names of brands that may be returning to the Detroit event in 2010 but there’s a strong chance that Porsche may be among them (Porsche was one of the first brands to pull out).

"Ford, General Motors and Chrysler are going to make very important statements that they're back and about where they're going," Fox said. Italian auto giant Fiat, which now controls Chrysler, is also rumored to be planning a major showing of its new models destined for the U.S.—the Fiat 500 and Alfa Romeo Milano (149 replacement).

Some other highlights could be the arrival of India’s Mahindra & Mahindra at the show, at least one Chinese automaker and a new “Electric Avenue” dedicated arena.