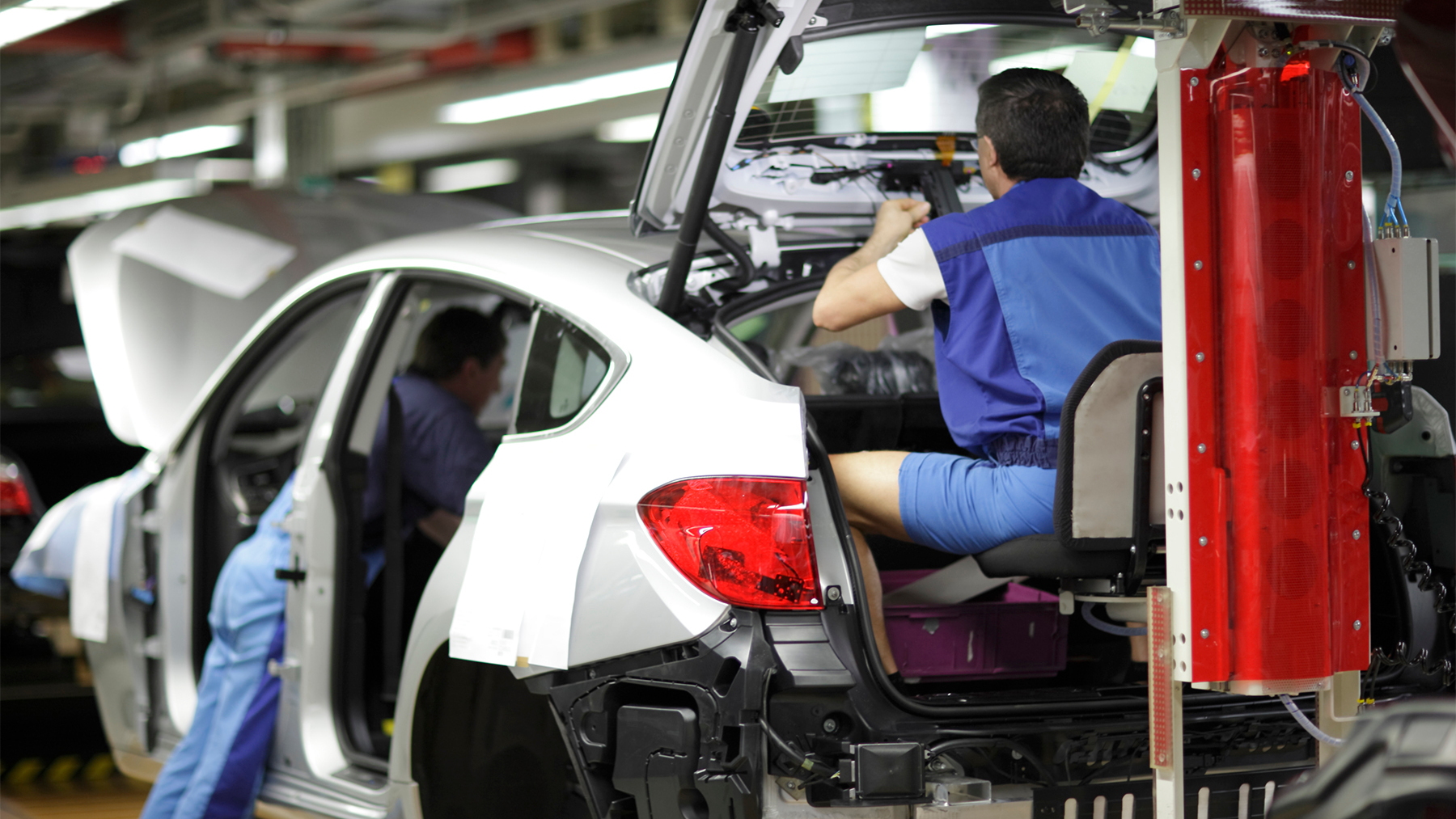 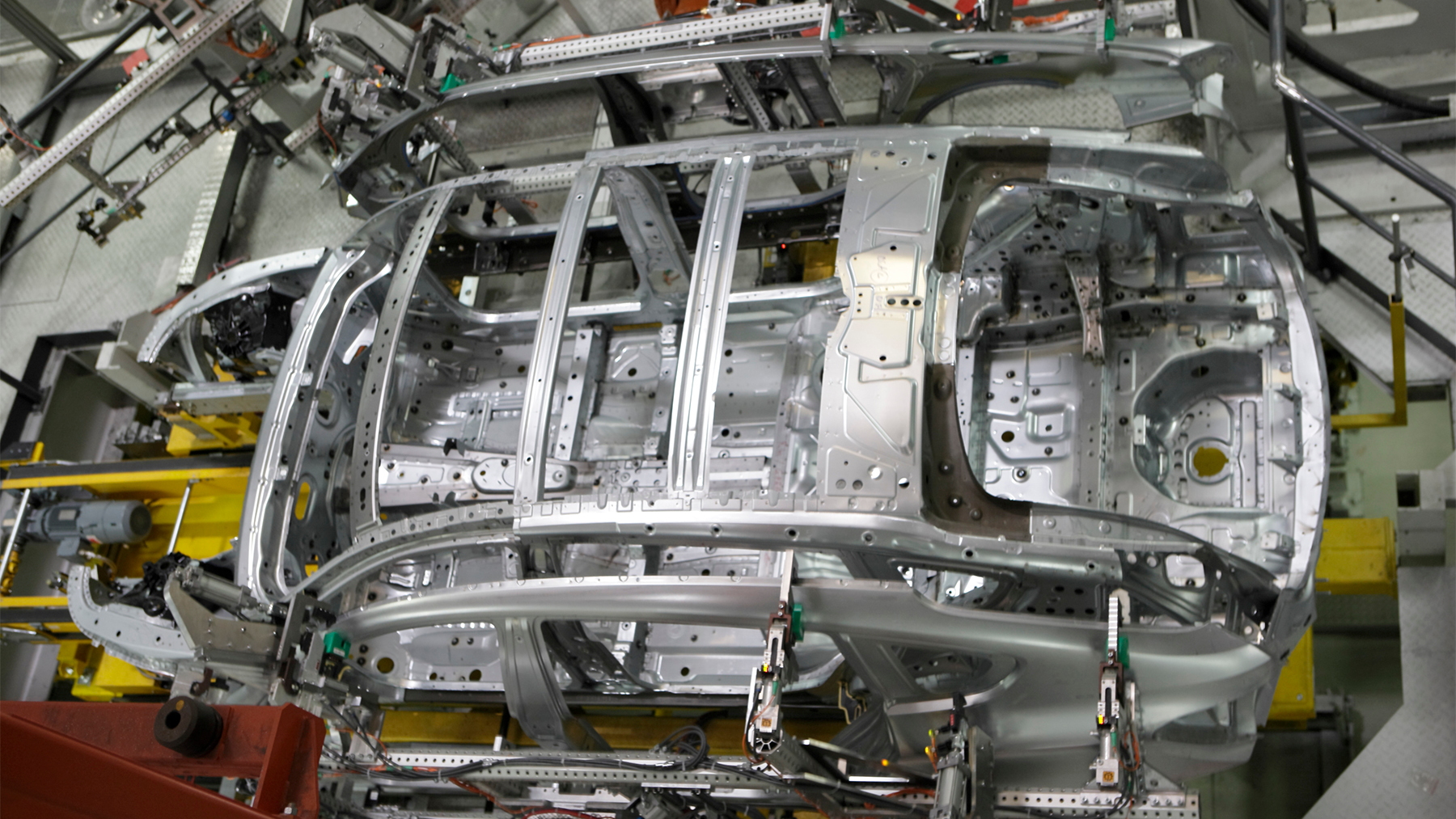 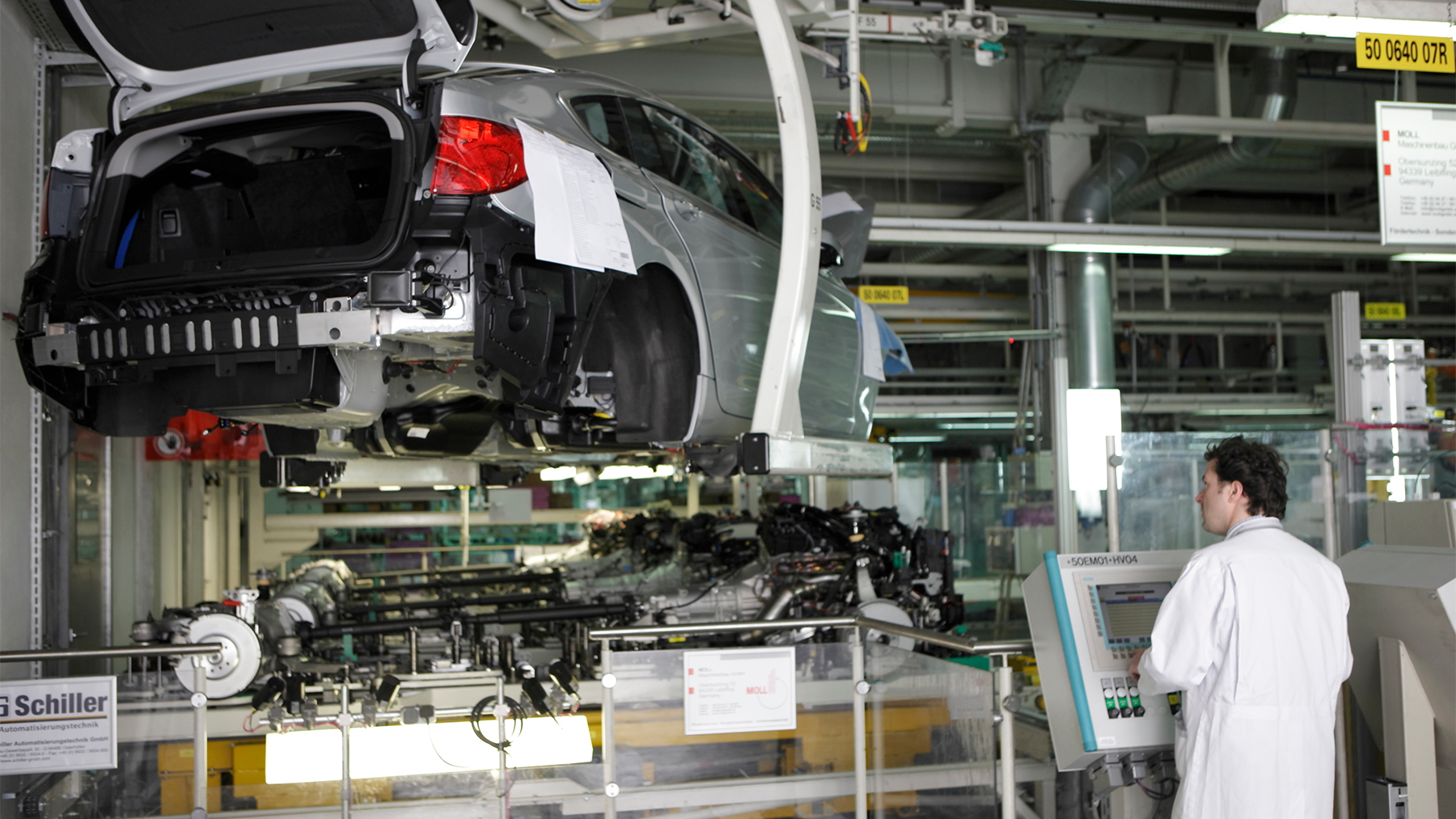 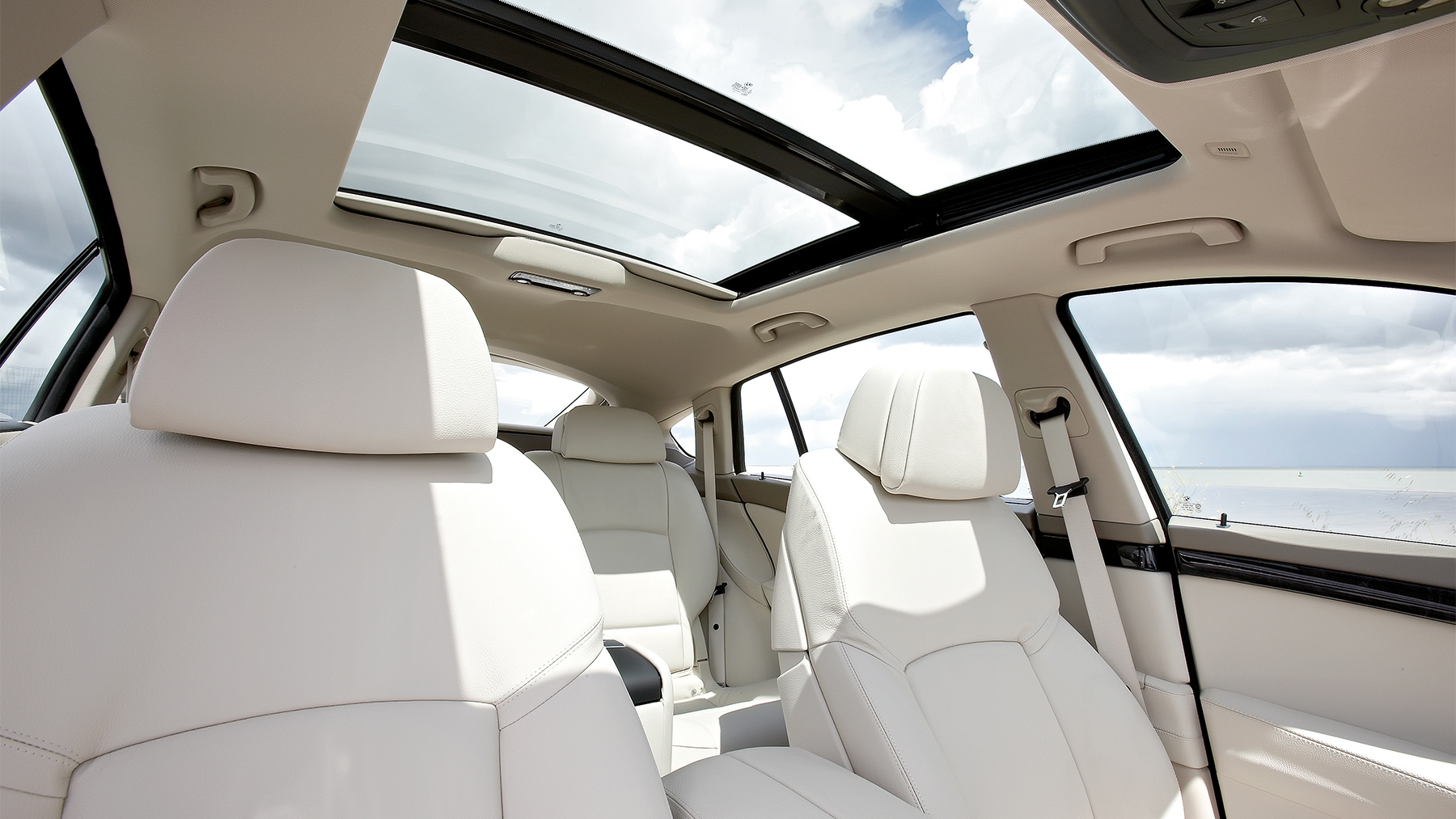 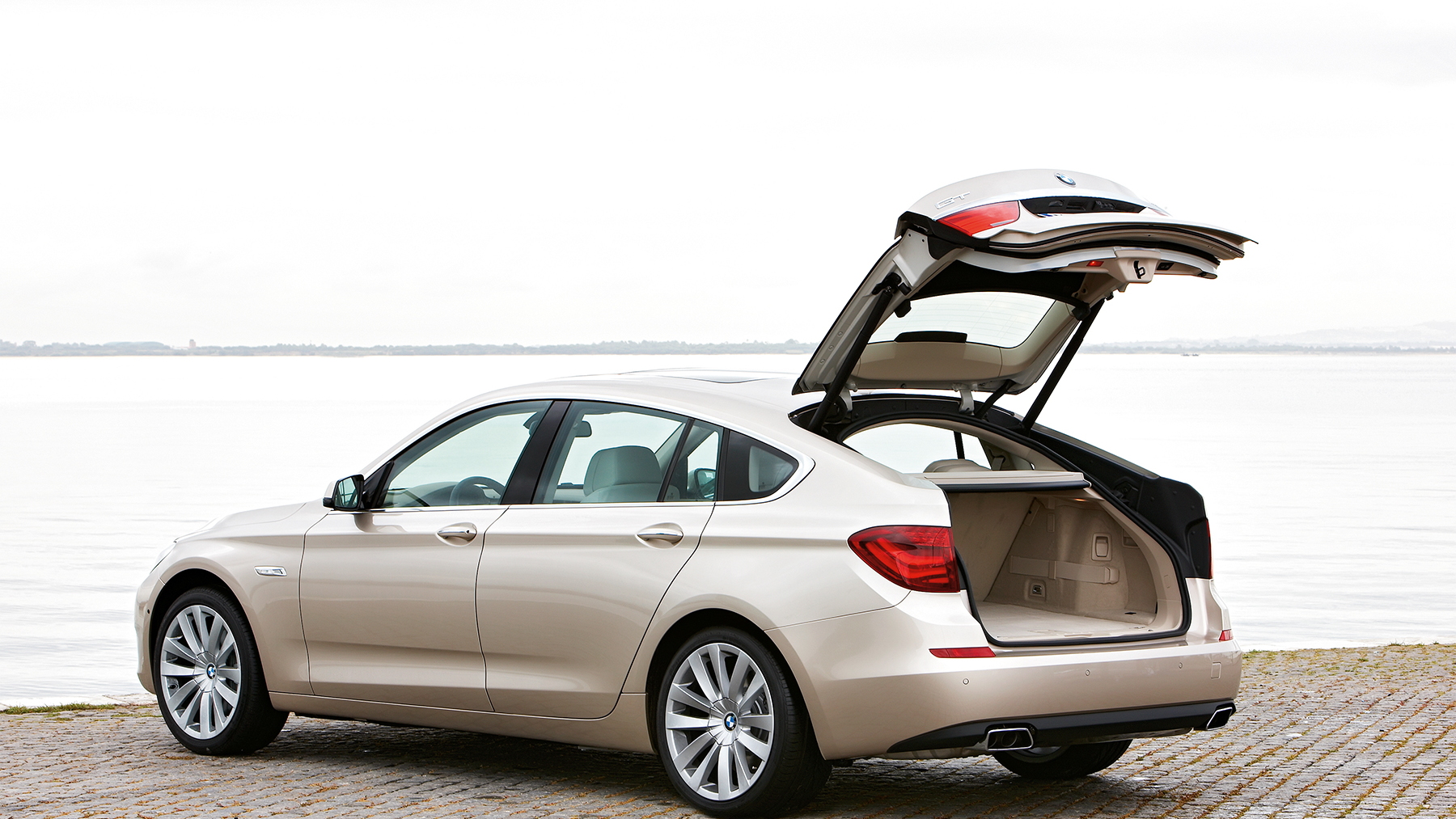 41
photos
This week Motor Authority had the opportunity to take a ride along in the new 2010 BMW 550i Gran Turismo at BMW's Performance Driving Center with chief instructor Jim Clark at the wheel. So what is our first impression? In a word, surprised.

Looking a lot like a lower, less aggressive X6, the 2010 BMW 5-Series Gran Turismo's innovative cargo and passenger solutions let a lot of both fit into a more compact form factor than a traditional SUV, but with a ride height that gives more command than a typical sedan. We’ve all known that since the car was officially unveiled in May - the surprising part of the 550i GT's nature is its ride and handling.

Though it's a stout vehicle weighing in at almost 5,000lb, the 5-series GT offers impressive acceleration and nearly flat cornering thanks to the 407hp 4.4L twin-turbo V8 under the hood and Adaptive Drive variable damper system. The brakes are equally impressive, able to haul the vehicle's speed down swiftly.

Cornering at speed, the 550i GT feels neutral from the passenger seat, no doubt a reflection of the 50.2% front/49.8% rear weight distribution. When we brushed briefly against the limits of traction in one steady-state sweeper, the front nudged out an inch or two and was followed almost immediately by the rear in a smooth transition to a new steady-state line.

Sitting in the vehicle at highway speeds, whether front or rear, there's very little intrusion of engine noise into the cabin though wind noise was noticeable. Visibility was excellent in every direction except rearward. Compared to most sedans and SUVs, the 550i GT's rear view is incredibly tight - it's tighter even than the X6. But to work around that, BMW has installed a tremendous range of cameras - 7 in all - to map nearly every inch of the exterior for parking, lane changes and other everyday driving tasks.

Passengers - whether in the five-seat or four-seat versions - will find ample legroom in the rear, though the four-seater offers much more comfortable and luxurious accommodations for the backseat. Even when two over-six-footers sat on the same side of the car, both front and rear passengers had a comfortable cushion between knee and dash or seatback.

The 'bi-modal' liftgate looks to be quite useful, offering both sedan-style trunk access and hatchback-like rear cargo access with a single complex door. Depending on how the cargo area is configured, the rear seats may or may not be able to adjust in some directions but no matter how the car is configured, it is designed to hold four golf bags.

As for the 550i GT's aesthetics, that's by nature subjective, but it certainly does look better in person than in photos. It's still a bit ungainly from some angles, especially the slightly humped rear cargo/window area, but the car's family styling cues mostly work, especially at the front end, which is slightly less aggressive than most recent BMWs.

For full details on the 2010 BMW 5-series Gran Turismo and how it came about, read our report on the concept version and check out the production announcement.