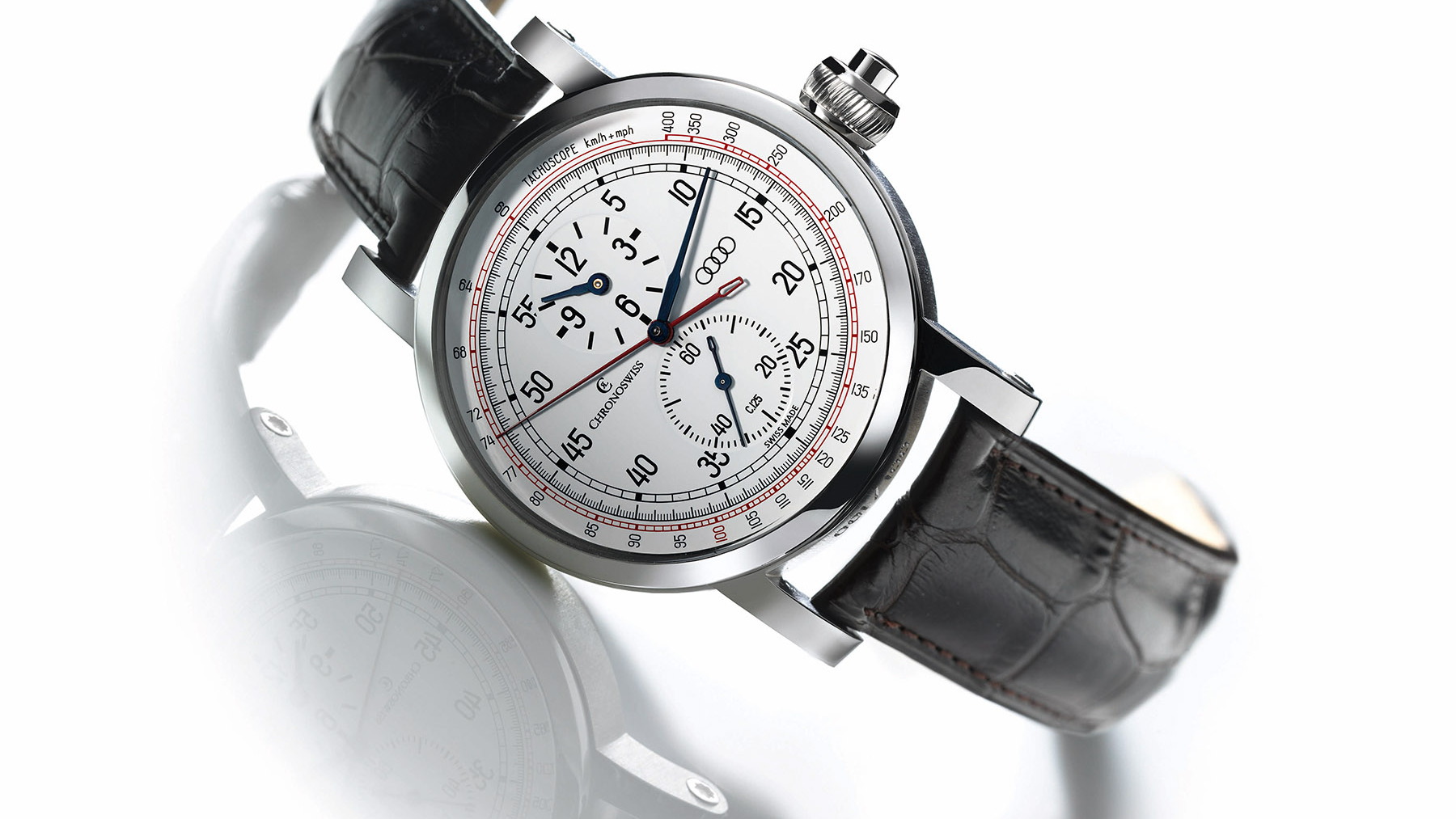 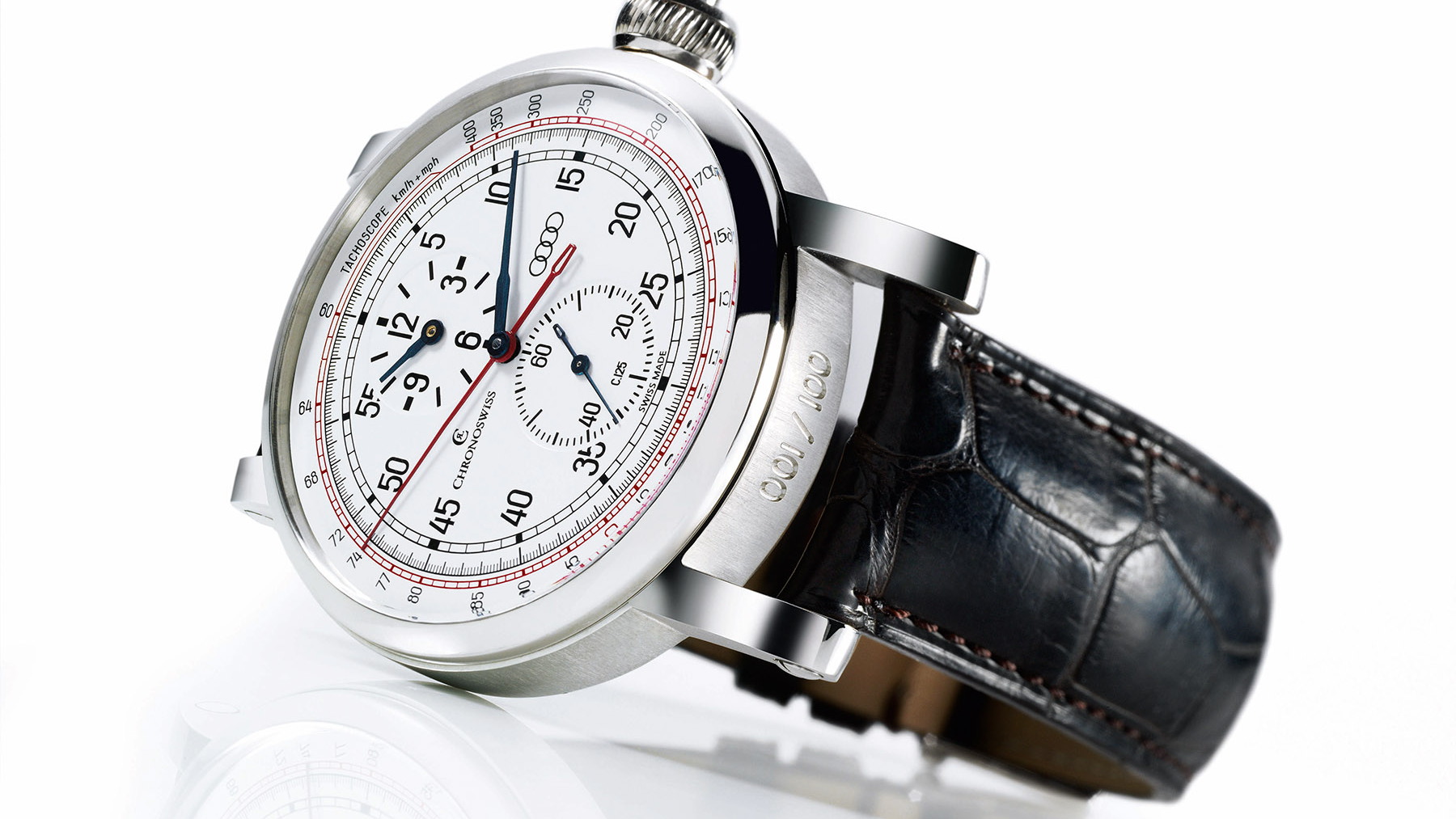 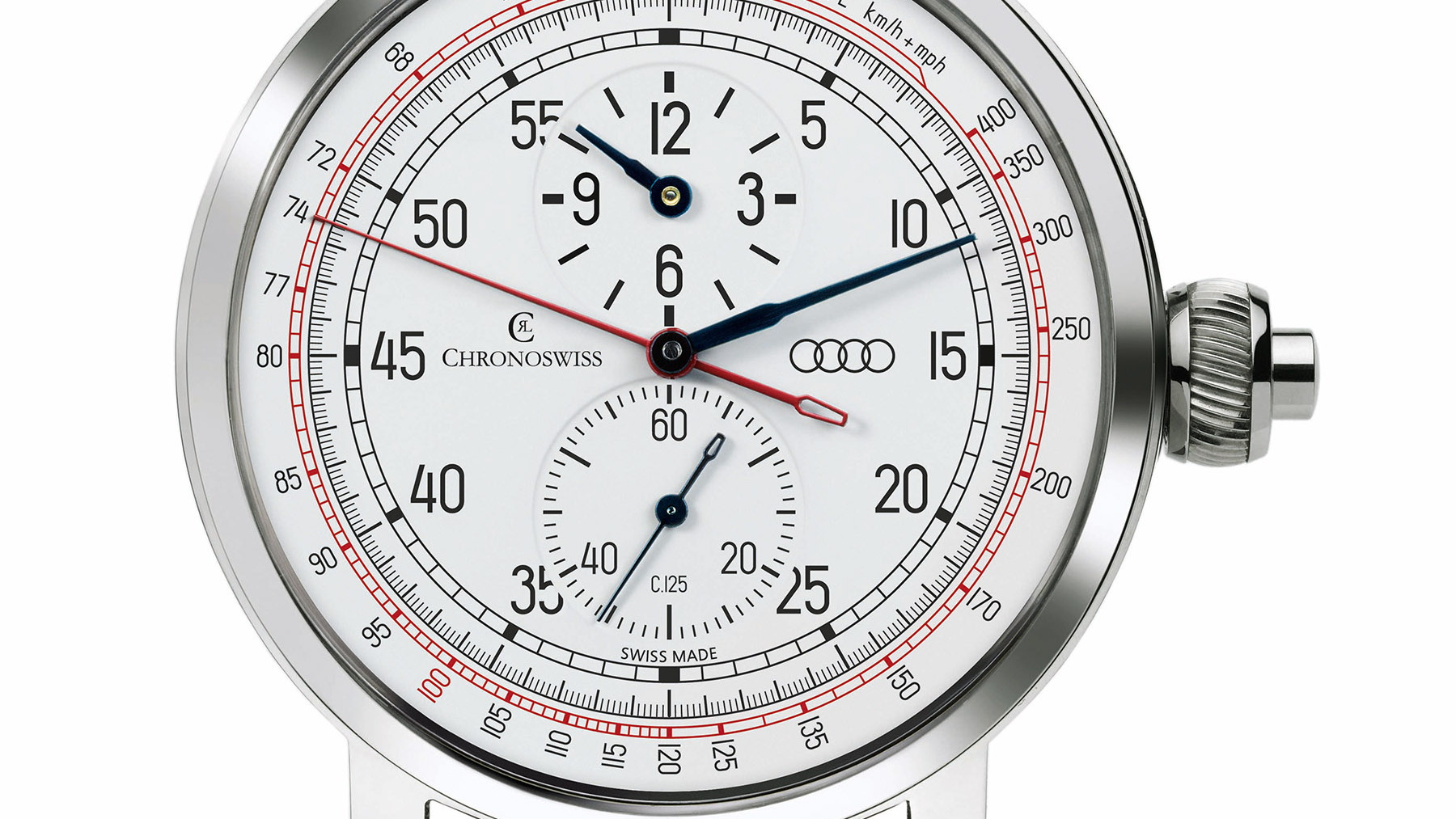 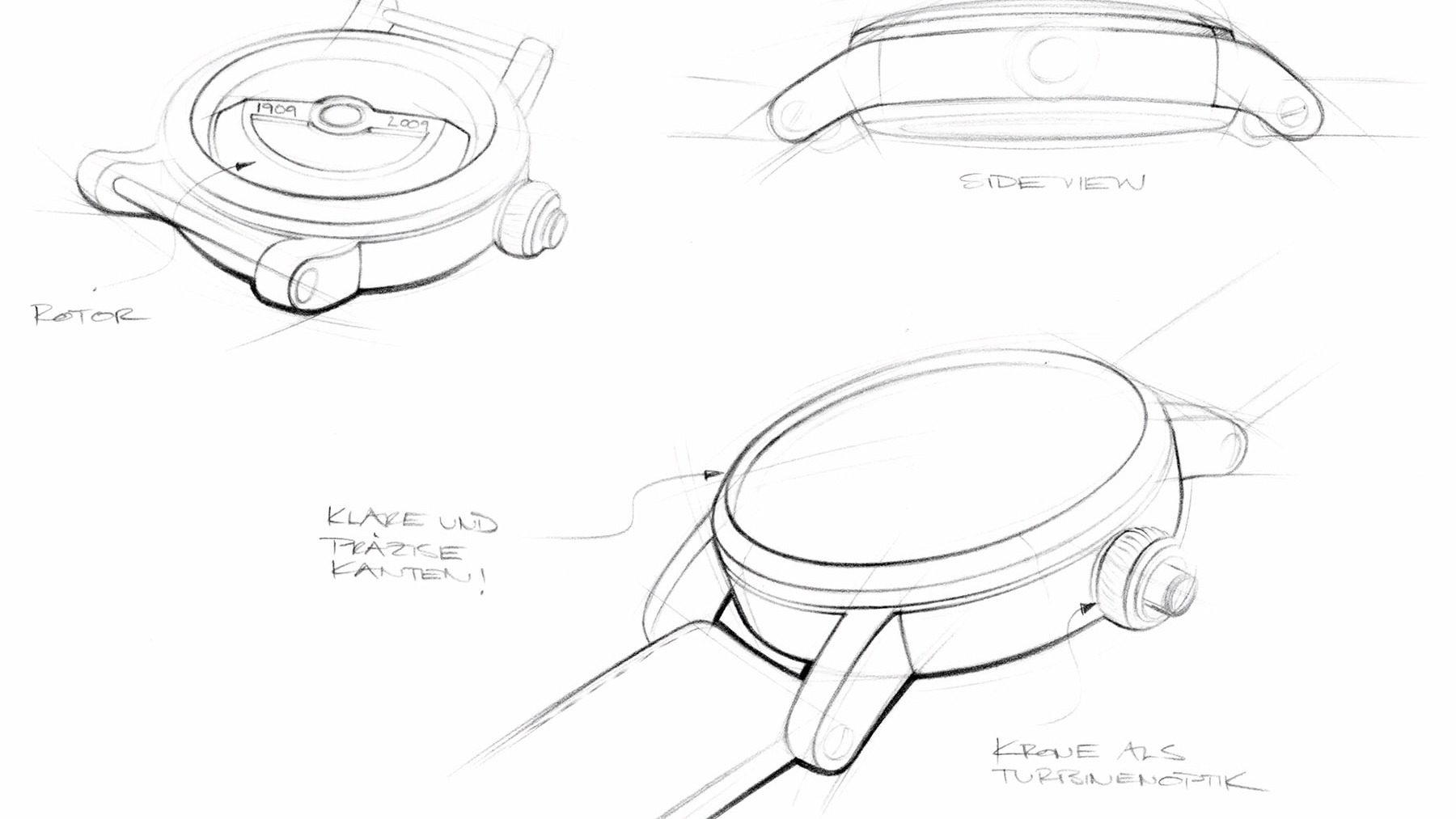 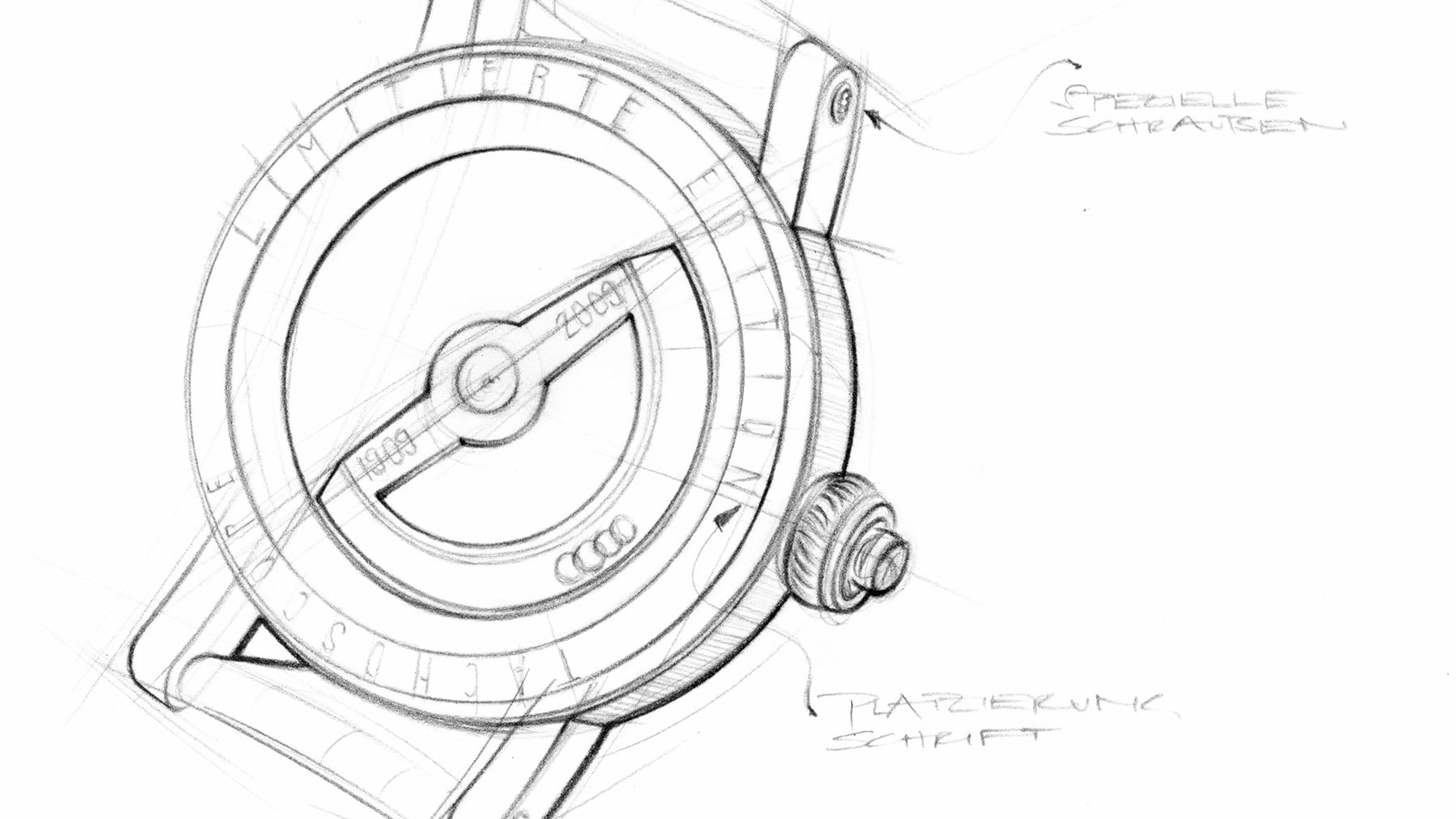 7
photos
Celebrating an anniversary with a timepiece is a classic tradition, one symbolic of the years that have led to the moment. Audi's celebration of its 100th anniversary is no different, capturing the moment with a custom watch built in cooperation with Chronoswiss.

The watch, called 'Tachoscope', features an Audi Design exterior with precision C. 125 caliber mechanism and a handful of special functions, including a unique configuration that leaves only the minute had attached to the center of the dial.

Separate inset dials handle the hour and second functions, leaving more room for the stop-watch and tachometer functions of the device. That's right: this watch measures speed as well as time. Only appropriate for an Audi watch.

But the functionality of the Tachoscope isn't its only special aspect: the design itself aspires to artwork. A genuine enamel coating and numerals inspired by the instrumentation legendary Audi-designed Auto Union race cars of the 1930s, especially the Type C Grand Prix car, give the Tachoscope a decidedly automotive flair.

The crown of the watch is also designed in the shape of a gearwheel, while the back of the watch is clear, allowing the internal mechanism to be seen when not worn. An engraving marking the anniversary is also visible through the glass casement.