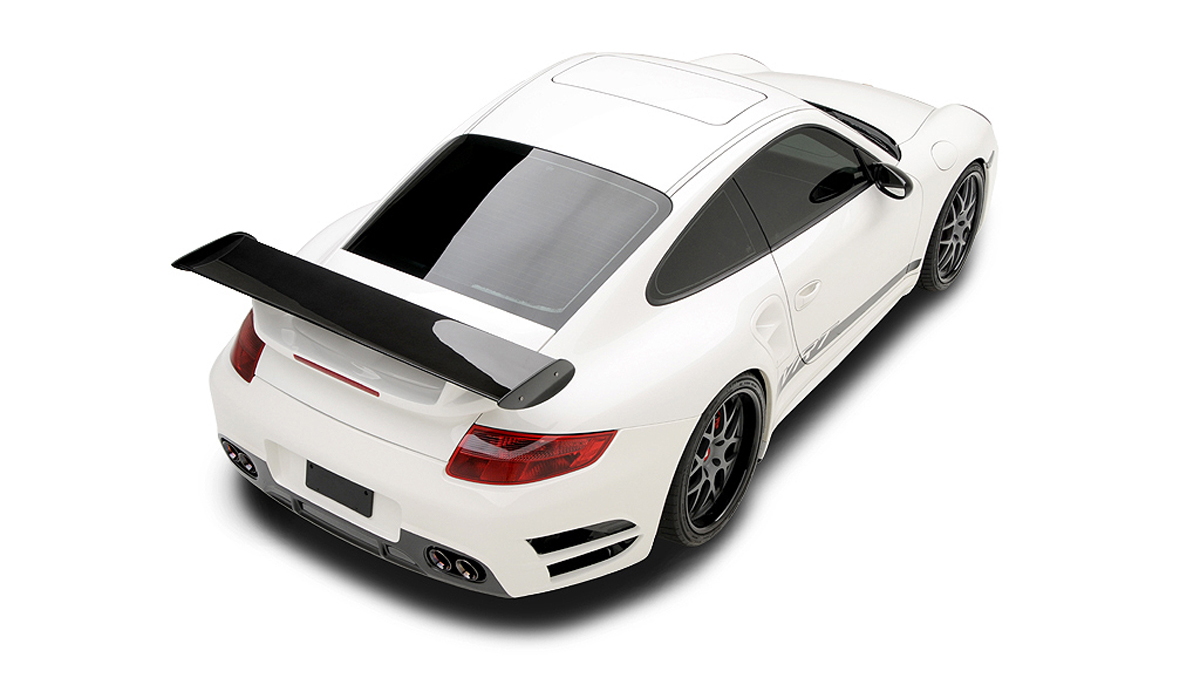 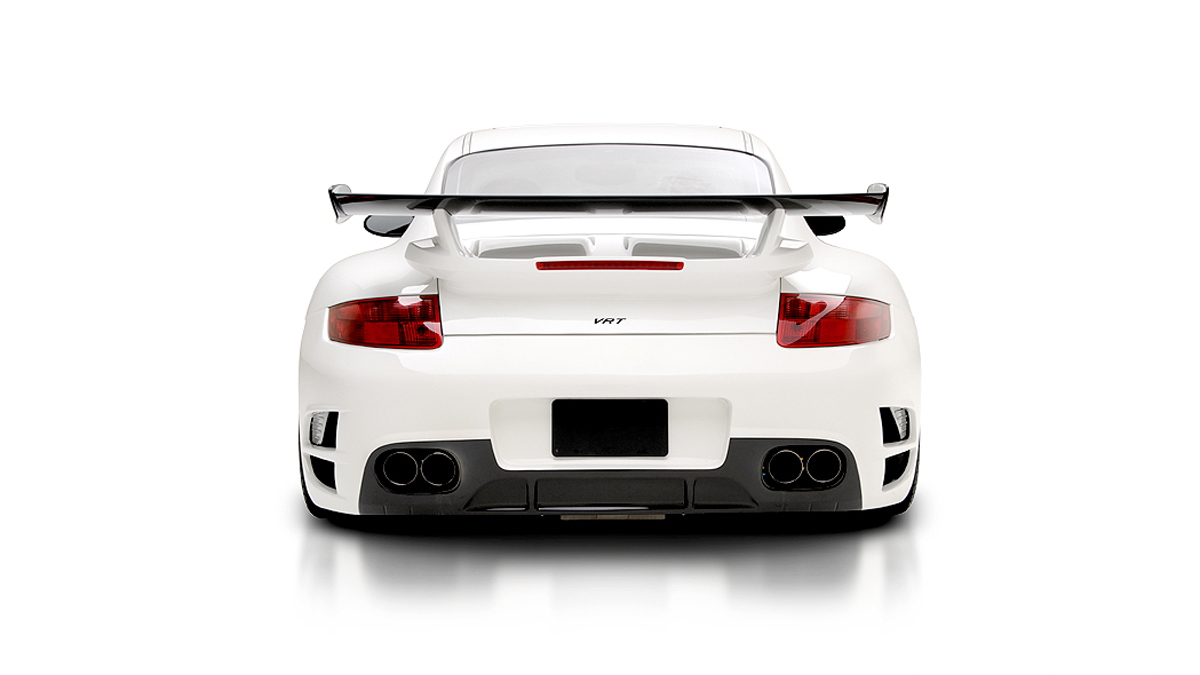 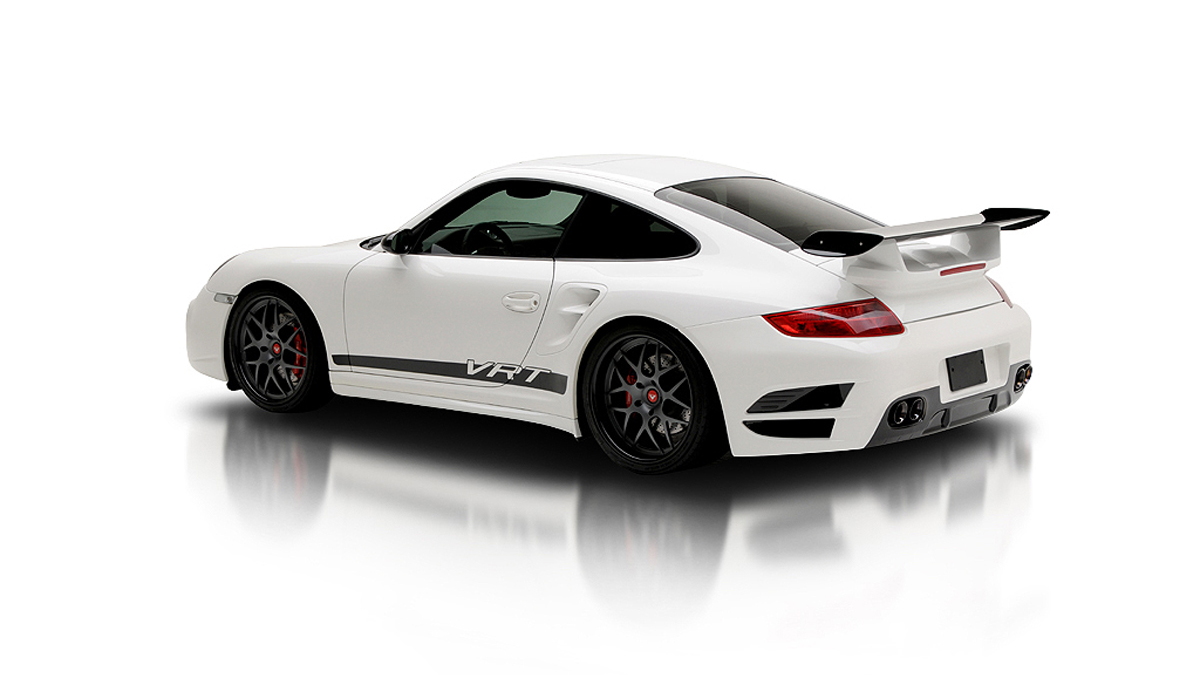 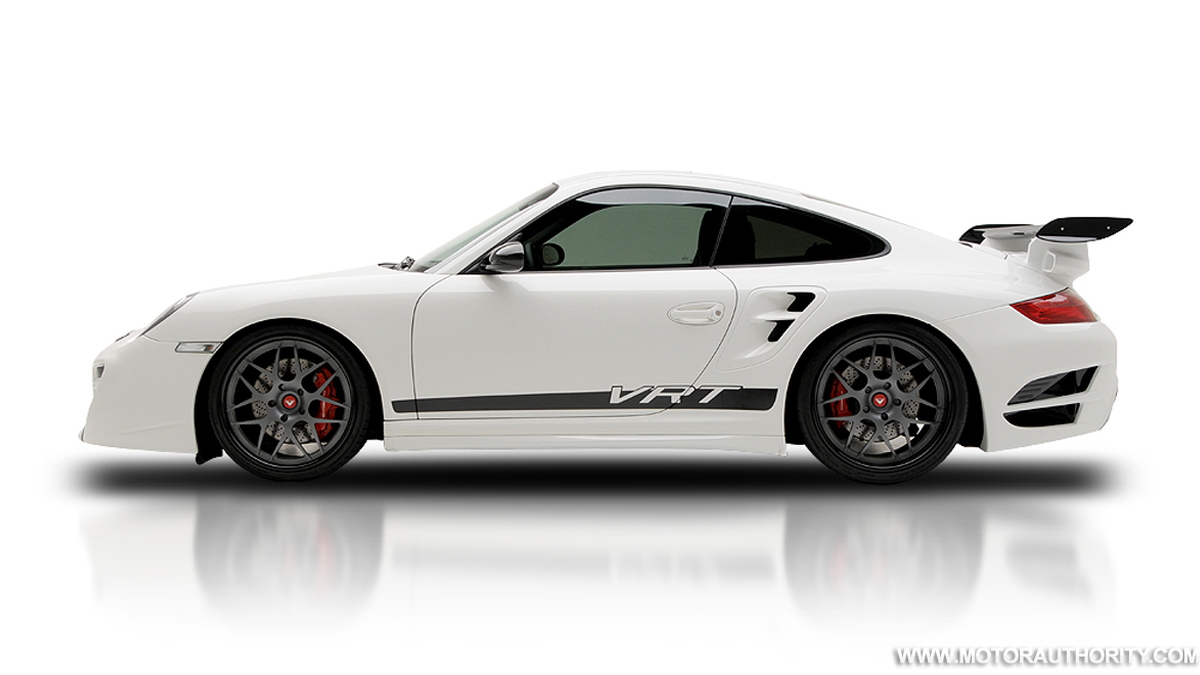 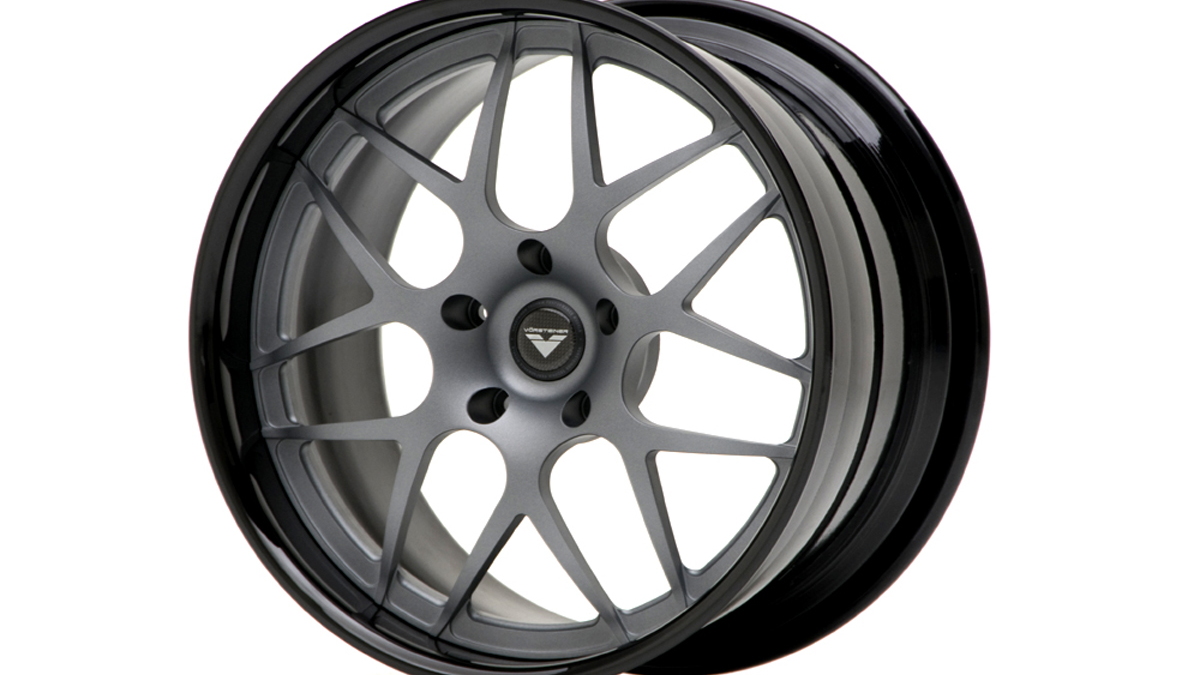 9
photos
California’s Vorsteiner Race Technologies has created yet another bodykit for the 997 Porsche 911, but while the firm’s previous kits were for the more mundane Carrera, the latest has been designed exclusively for the high-performance Turbo. After painstakingly forging the design of the kit though countless hours of wind-tunnel testing, Vorsteiner has not only improved the aerodynamics of the 911 but through the use of carbon-fiber has also managed to reduce weight.

Known as the Porsche 997 ‘V-RT Coupe,’ Vorsteiner’s kit includes a carbon-fiber front bumper with flared lower flanks and much bigger air intakes than the standard unit found on the 911. Where the bonnet meets the bumper, there is also a new opening for the center radiator vent. A removable carbon-fiber front lower spoiler adds additional downforce to the front end while protecting the front bumper from any scrapes.

A new rear bumper has been designed to offer a wider stance with enlarged side intercooler extraction vents that house a replacement carbon-fiber shroud. This enables up to 35% more air to be passed than the unit on the standard 911 Turbo. The rear bumper also features a new carbon-fiber rear diffuser with integrating a set of quad sport exhaust tips.

To coincide with the launch of the new kit, Vorsteiner has also developed a seven-spoke forged wheel, which is available in both 19 and 20in diameters. The V-RT kit is available worldwide though Vorsteiner’s website and goes on sale on the 23rd of this month.