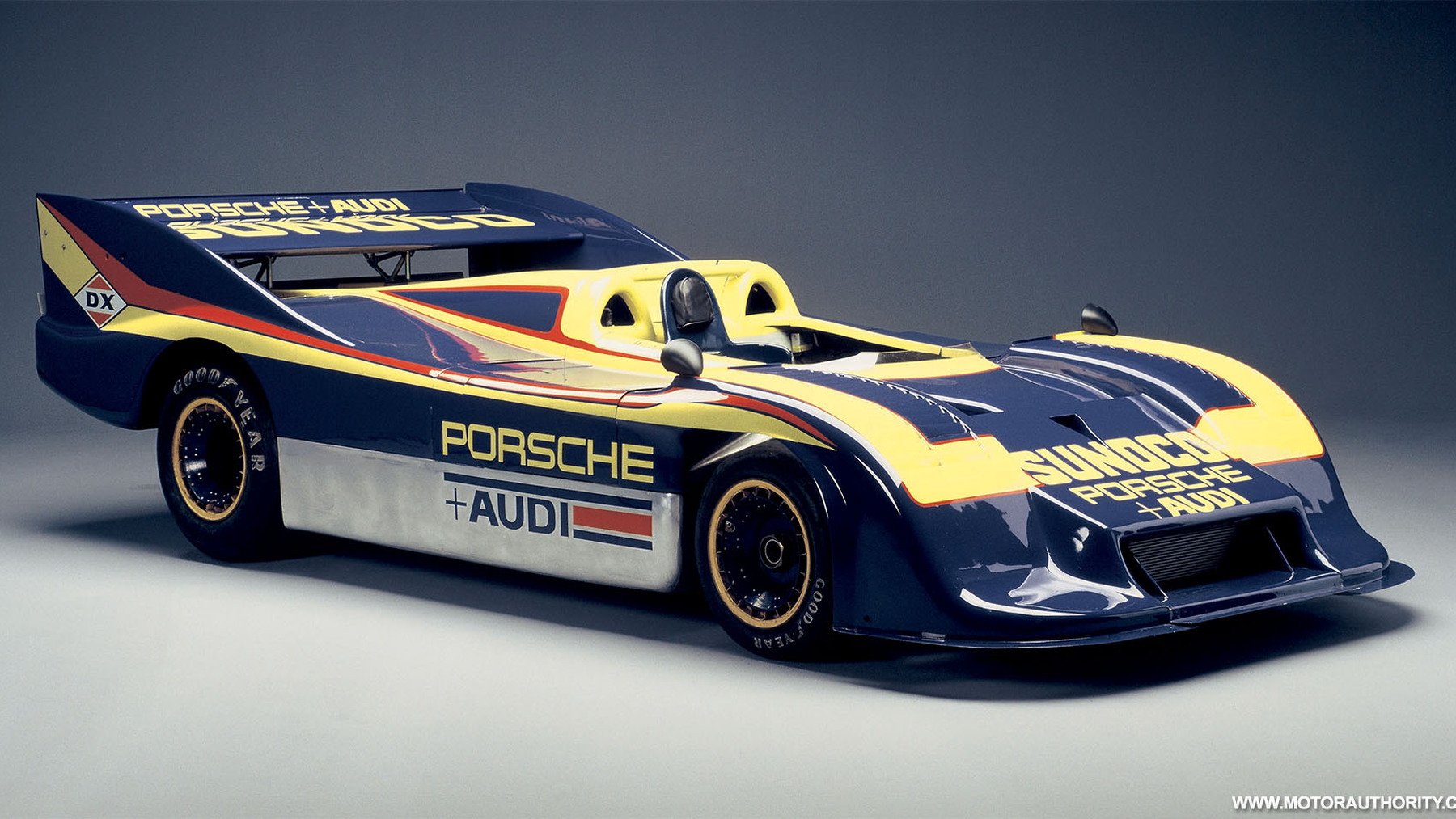 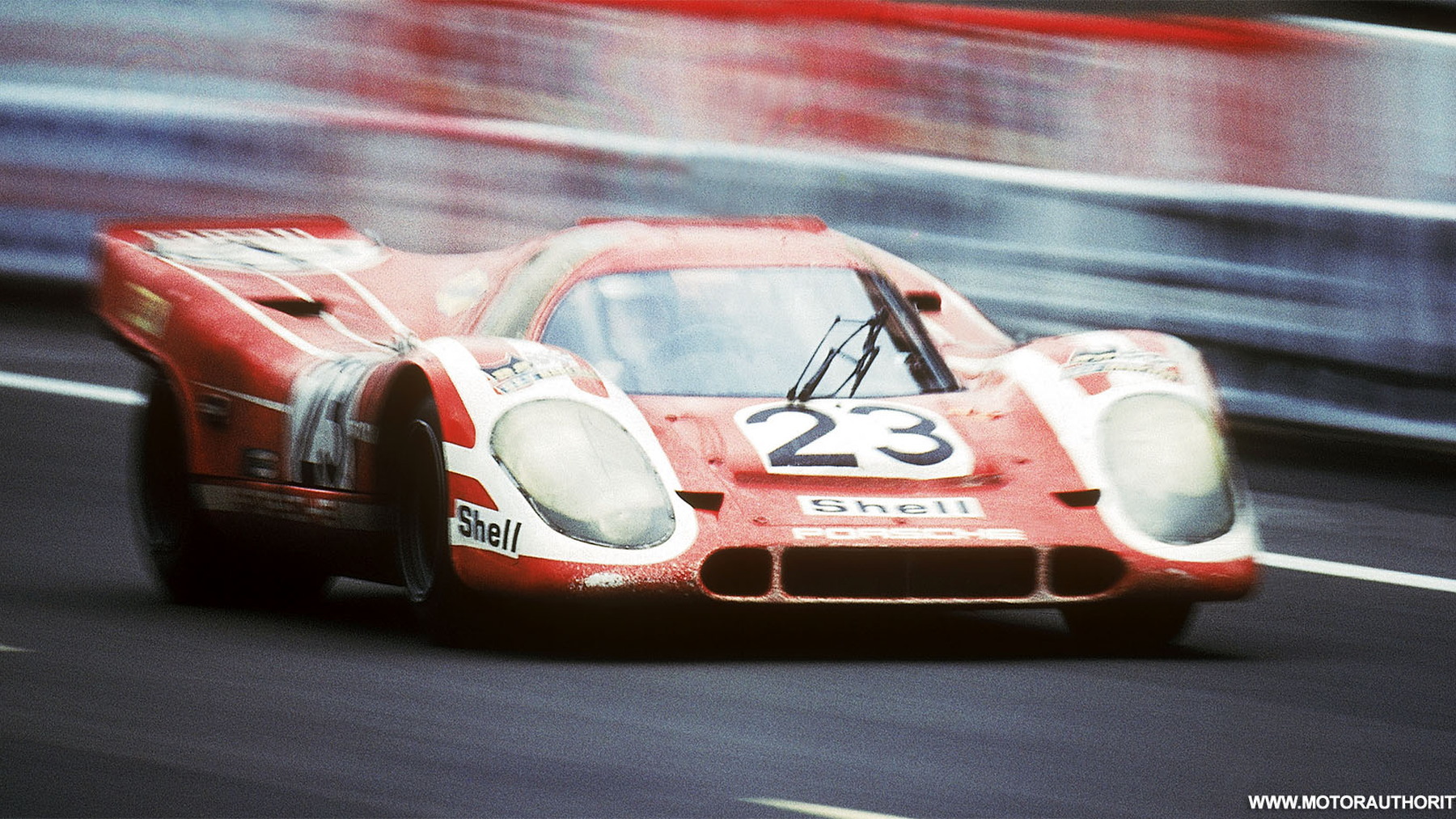 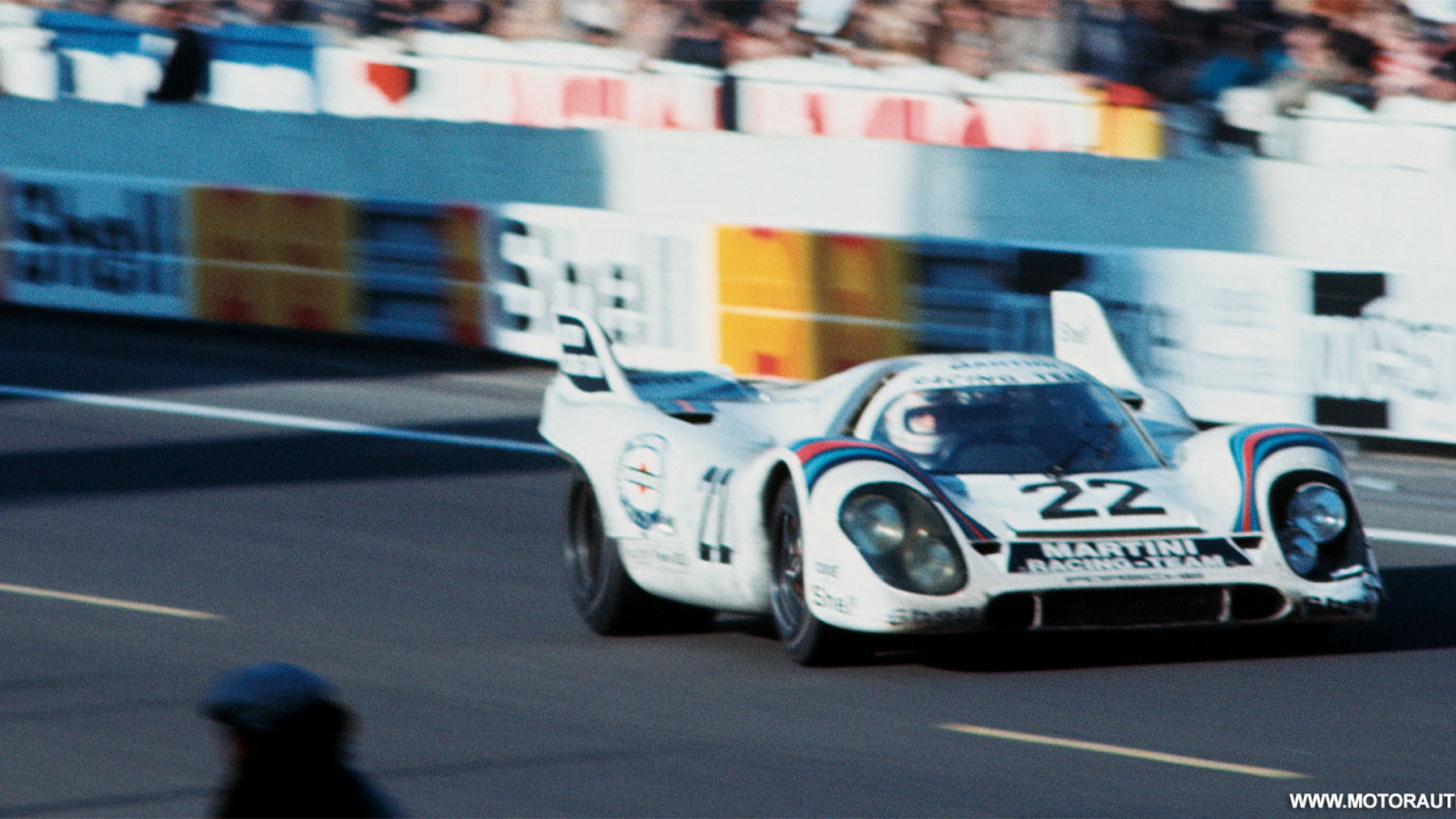 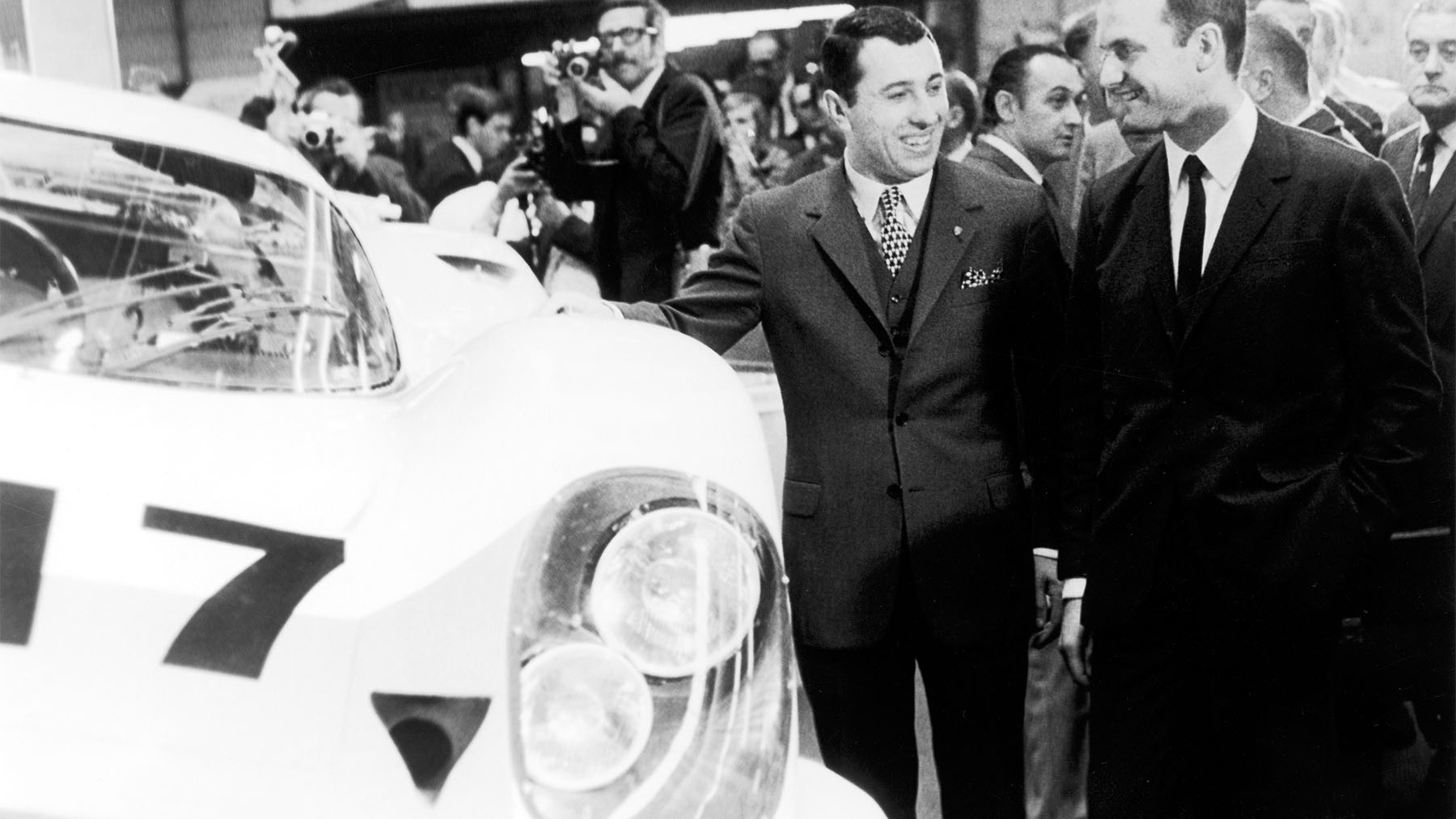 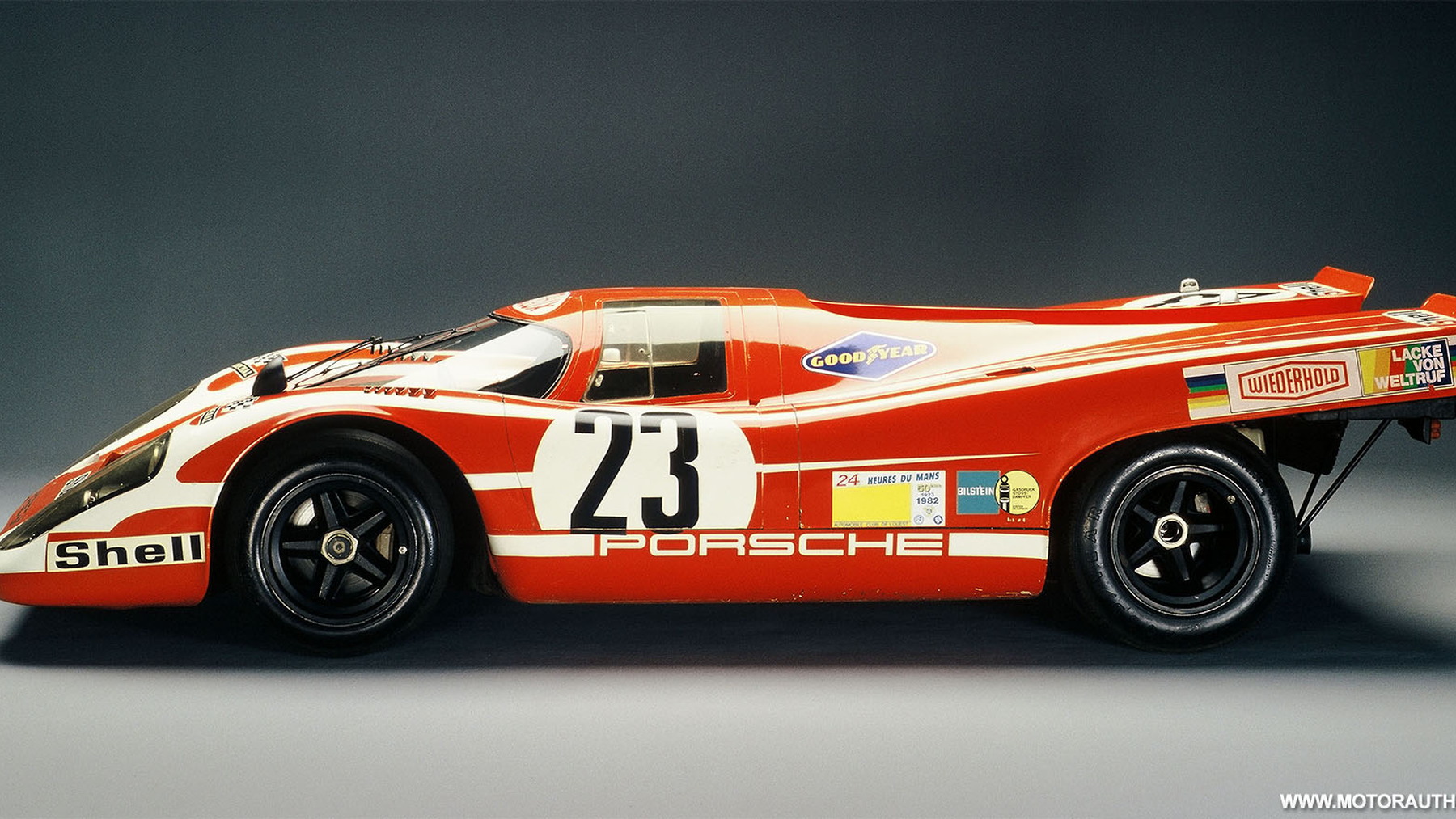 Forty years ago Porsche unveiled a car that to this day remains one of the fastest and most successful racing cars ever built. The car is the legendary Porsche 917 and its history is littered with major titles and even a starring role in the 1971 film Le Mans where it was piloted by Steve McQueen.

Porsche fired the starting shot for Project 917 in June 1968 after the FIA had announced a class of “homologated sports cars” with up to 5.0L cubic capacity and a minimum weight of 800kg. Under the supervision of Ferdinand Piëch, the stipulated 25 units of the new race car were completed by April 1969 so that the 917 could begin its racing career in the same year.

After it initially dropped out of its first three races due to technical problems, the 917 success story began in August 1969 with a win at a 1,000km race at the Österreichring, Germany. The original design of the car was incredibly unstable, however, and this lead to the 917 receiving the nickname ‘Widow-maker’. The car’s long tail body was generating significant lift on the straights, as the 917 was considerably faster than most of the race cars of its generation, and the significance of downforce for racing was still in its infancy.

Despite this flaw, the car was still loaded with technology and went on to win the 24 Hours of Le Mans in 1970 and 1971. Some of its technologies included Porsche’s first 12-cylinder engine, and many components made of titanium, magnesium and exotic alloys. The 917 even featured a gear knob made out of balsa wood to help save weight.

All in all, Porsche built 65 units of the 917 - 44 sports cars as short-tail and long-tail coupes, two Spyders, and 19 cars as Can-Am and Interseries Spyders with up to 1,400hp (1,044kW) turbo engines. Seven of the most important 917 models – among them the Le Mans victory cars from 1970 and 1971 and the 917/30 Spyder – are currently on exhibit in the new Porsche Museumin Stuttgart-Zuffenhausen.