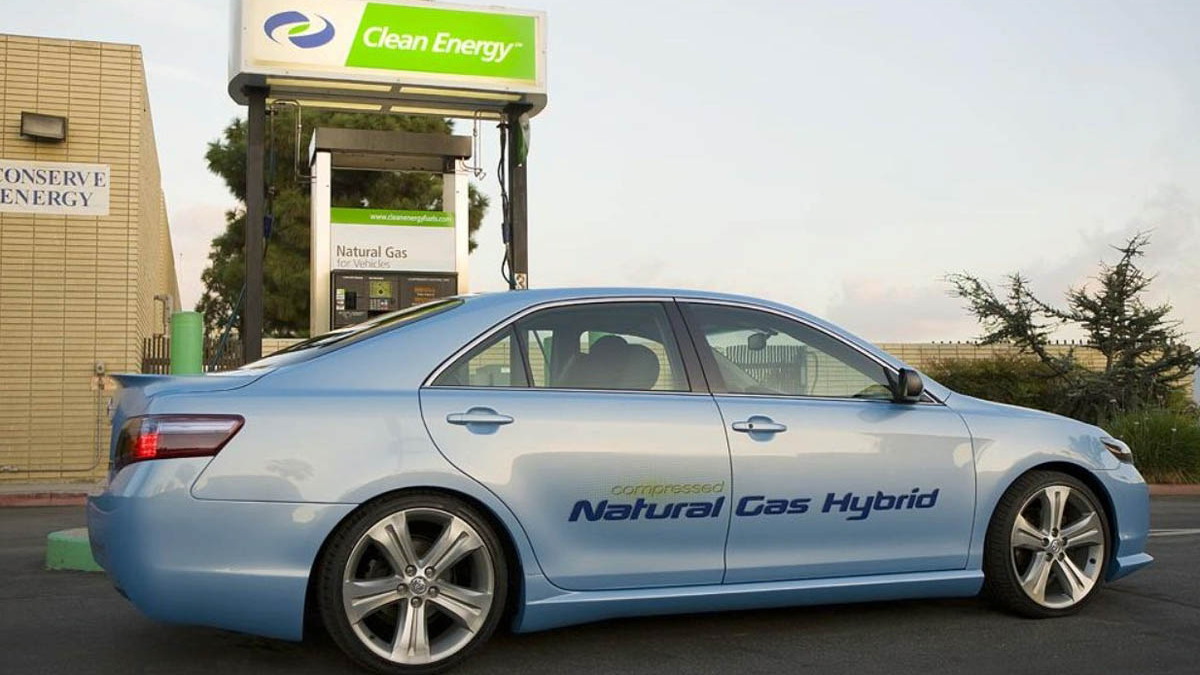 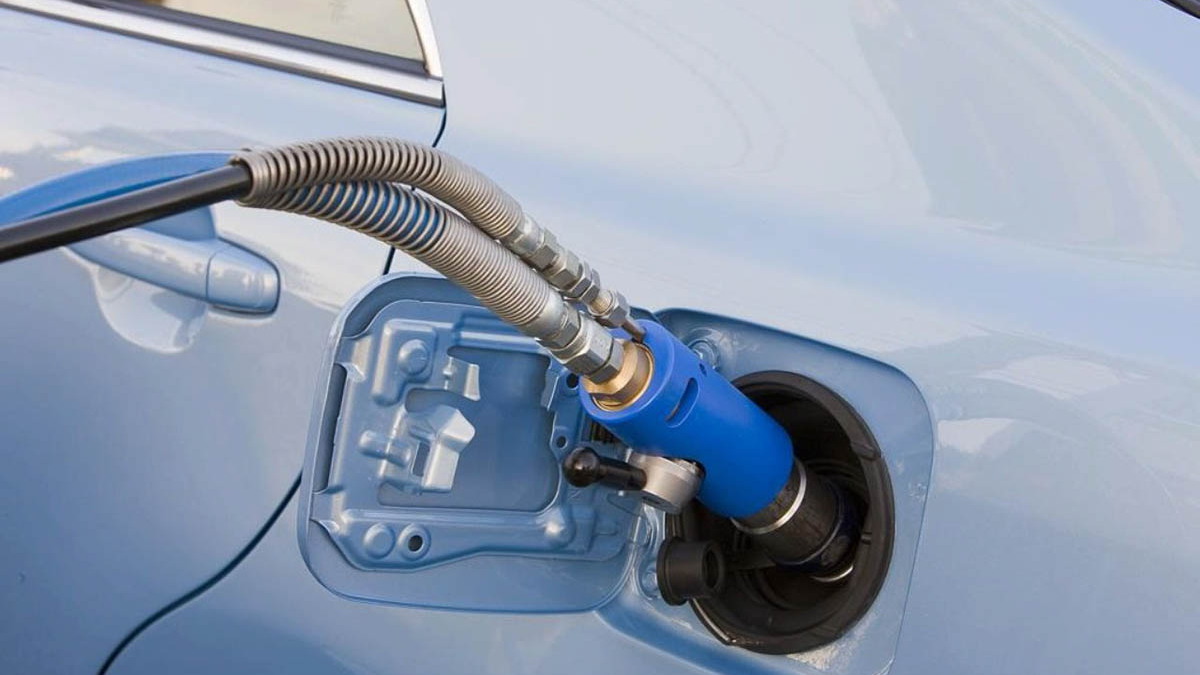 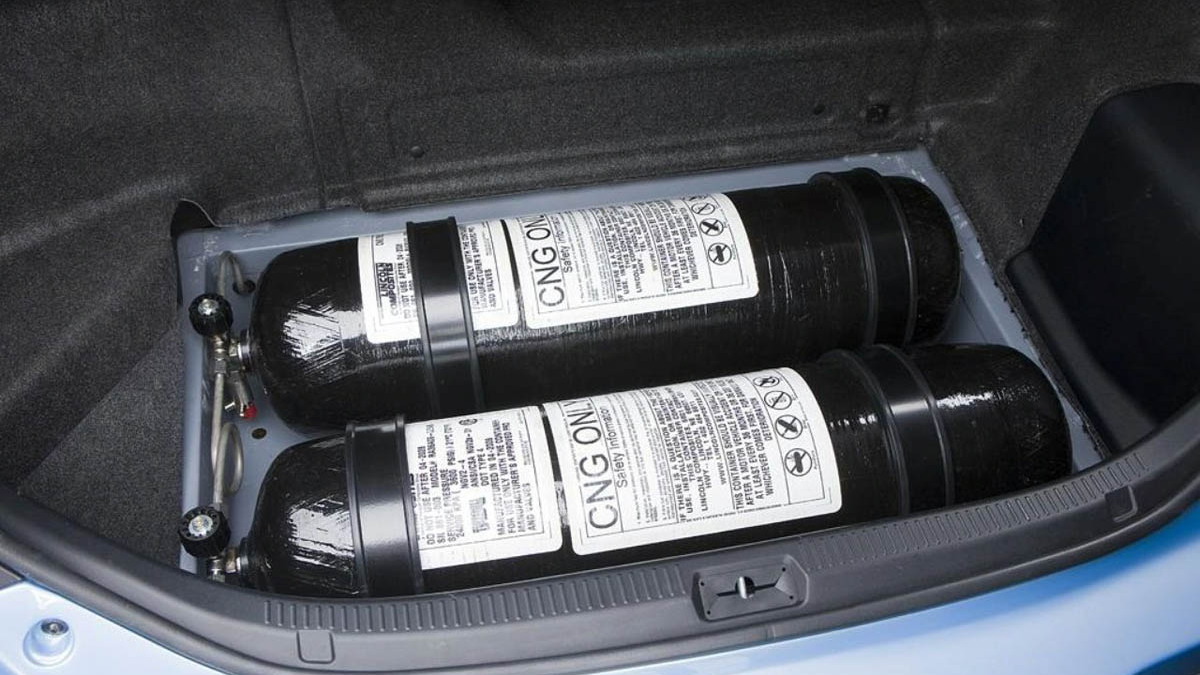 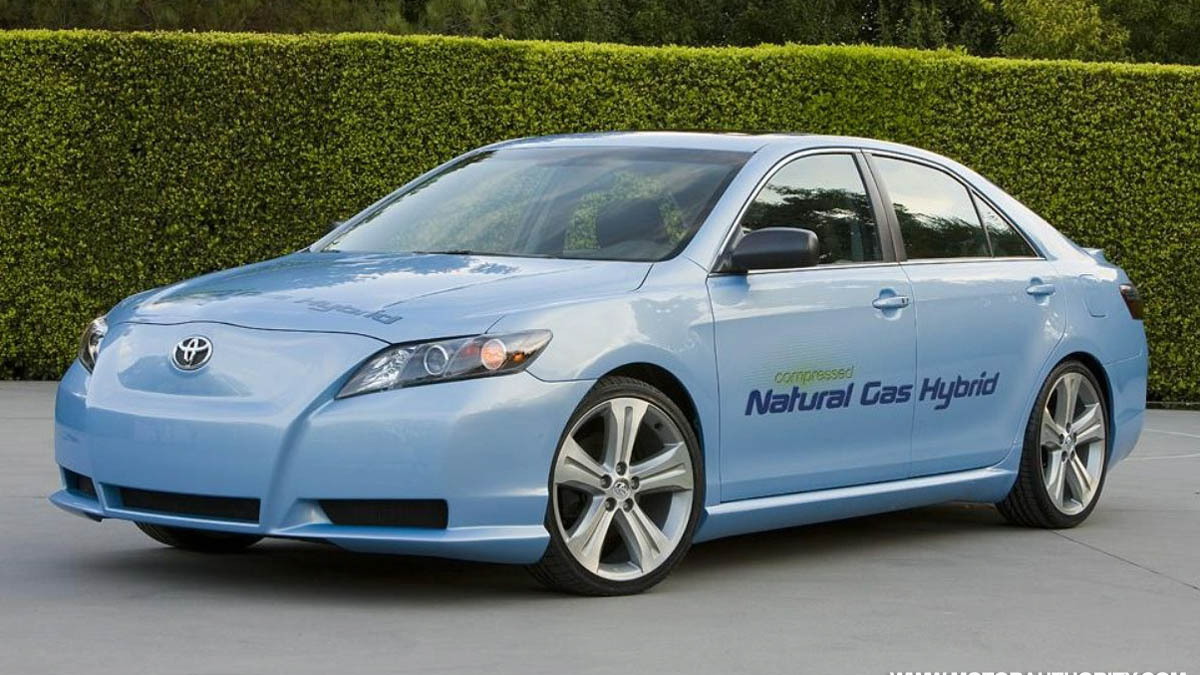 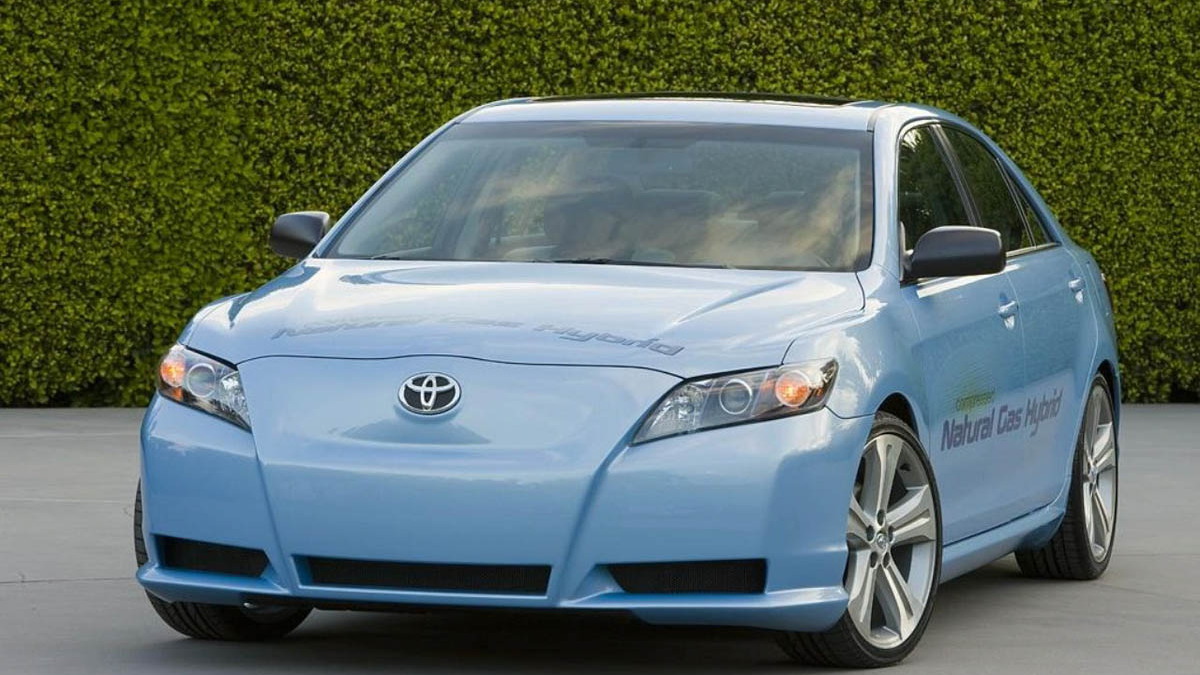 7
photos
Toyota has revealed its compressed natural gas (CNG) Camry Hybrid concept ahead of the car’s debut at this week’s Los Angeles Auto Show. Rising fuel costs have made CNG a much more attractive option for consumers, and Toyota is hoping to add the cheaper fuel to its "portfolio of alternative fuels".

A company spokesman has stated that Toyota predicts peak oil will be reached by 2010, and that CNG could take its place as a primary fuel source. However, there are currently no plans to put this concept into production.

Most CNG applications provide worse mileage than petrol as well as slower acceleration, but considering the price of petrol these will be of little concern to potential customers. Because of the huge reserves of CNG and the dwindling supply of petrol, CNG's cheap price of around $2.50 per gallon is expected to easily offset any mileage issues that potential motorists may face.

The latest concept car can carry roughly the equivalent of eight gallons of petrol in natural gas and has a range of about 250 miles. Another benefit of burning CNG is cleaner emissions, with lower CO2 levels than both petrol and diesel.

Toyota has tried to sell CNG vehicles previously. In 1999 the company marketed a CNG-powered four-cylinder Camry to fleet customers in California. However, in an era of relatively cheap gasoline, customers were not attracted to a vehicle that required special refueling techniques and a limited refueling infrastructure and the program was discontinued a year later. Currently, there are only about 1,000 CNG refueling stations nationwide, with less than half of these open to the public.

The benefits of CNG are currently being amplified by rapidly changing market conditions and an increase in consumer environmental awareness. At the same time its drawbacks are being mitigated by a growing awareness that advanced technologies will require investment in appropriate infrastructure. The U.S. CNG pipeline system is an approximately 1.8 million mile network and expanding, but a greater amount of infrastructure would be needed to make CNG broadly appealing.