Mercedes AMG’s Nico Rosberg extended his lead in the 2016 Formula One World Champion title race over teammate Lewis Hamilton with a win on Sunday at the Japanese Grand Prix.

The German now has 313 points versus the 280 of Englishman Hamilton, with just four races left on the calendar. F1 veteran Niki Lauda has already stated that assuming there are no problems with either Mercedes driver’s car in upcoming races, Rosberg will take home his first title. For Hamilton, it would be the fourth.

Rosberg was untroubled throughout the race, held at the Suzuka Circuit. He started from pole and lead until the finish. Starting next to him on the front row was Hamilton, though a terrible start saw the reigning world champion drop back to eighth. Hamilton later said the poor start was due to his own mistake.

Hamilton eventually fought his way back up to third by the finish, crossing the line a little under 6.0 seconds behind Rosberg. Splitting the two Mercedes drivers was Red Bull Racing’s Max Verstappen, who finished a little under 5.0 seconds behind Rosberg. The Dutch youngster is continually proving he’s championship-winning material, this time jumping to second early on and holding it until the end of the race. 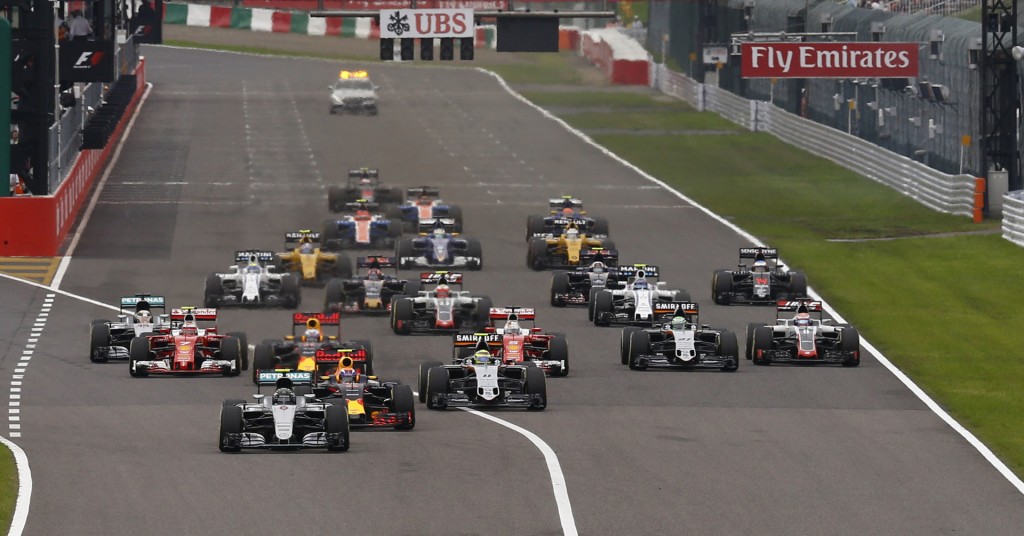 Ferrari’s [NYSE:RACE] Sebastian Vettel finished in fourth place, thanks to several passing moves in the early stages. His teammate Kimi Räikkönen had to fight his way up from the fourth row of the grid to fifth at the flag, having taken a five-place grid penalty, following a gearbox change.

Unfortunately for Red Bull’s other driver Daniel Ricciardo, he could only finish sixth, despite starting in front of the Ferraris. The Australian was blocked at the start by Hamilton and also passed by Force India’s Sergio Perez. The Mexican would eventually finish seventh, less than 2.0 seconds ahead of teammate Nico Hulkenberg in eighth. In ninth and tenth places were the two Williams drivers Felipe Massa and Valtteri Bottas, respectively.

As mentioned above, Rosberg leads the 2016 Drivers’ Championship with 313 points. Hamilton is second with 280 points and Ricciardo remains third with 212 points. In the Constructors’ Championship, Mercedes has been declared 2016 champions due to its unbeatable 593 points. Red Bull remains in second with 385 points and Ferrari is third with 335 points. The next race on the calendar is the United States Grand Prix in Austin, Texas, which takes place in a fortnight.

Hit the next page for the full results of the 2016 Formula One Japanese Grand Prix. 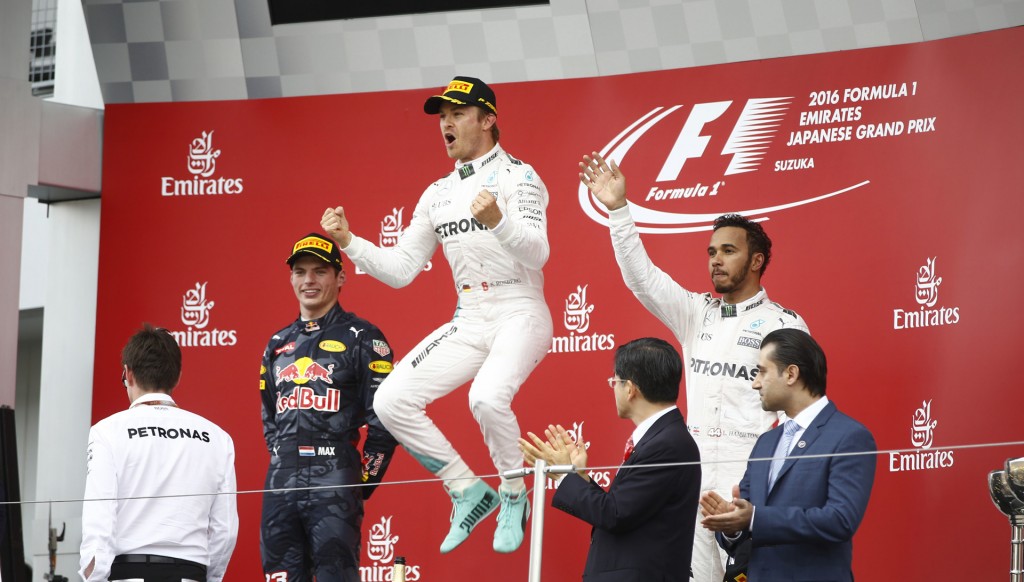 Below are the full results for the 2016 Formula One Japanese Grand Prix: