Ford Australia has added two new high performance luxury sedans to its lineup, showcasing the cars to the public for the first time at the Australian International Motor Show in Sydney. Positioned as flagship models under Fords performance arm, FPV, the new Force duo will come in either turbo 6 or V8 configurations and are based on the Ford Falcon family sedan sold locally.

We’re constantly amazed at the vehicles being produced down under. Both Ford and General Motors’ Holden subsidiaries in Australia produce some of the most powerful rear-wheel drive sedans in the world at considerably low costs. It’s about time their US parents took a bigger interest; it’s not hard to realize that these vehicles would be hot sellers over here.

Click here for high-res images and the official press release. 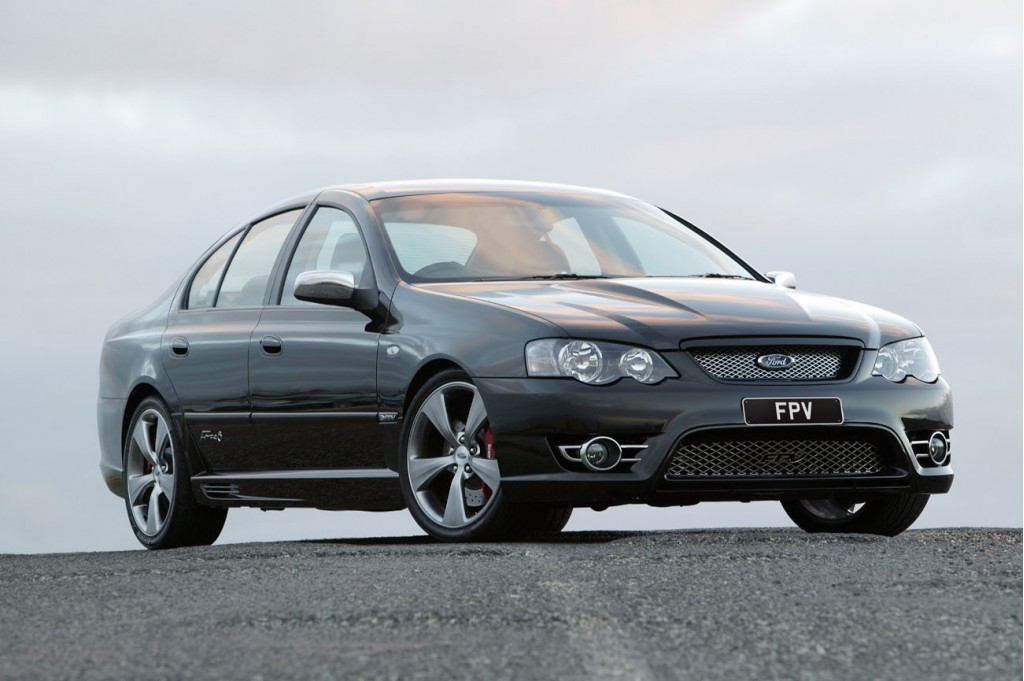 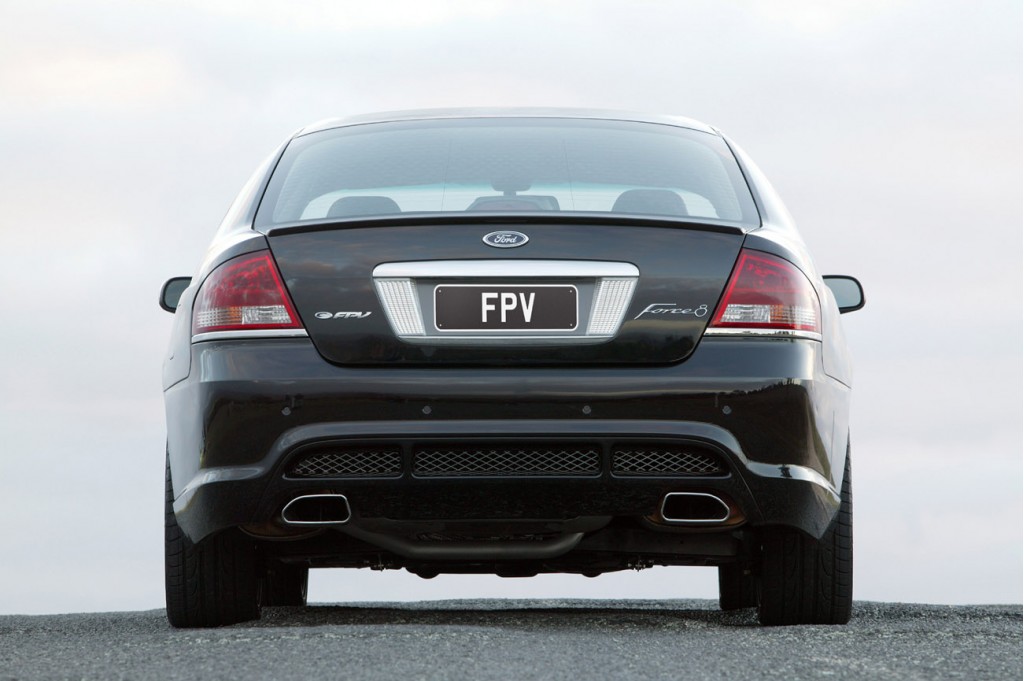 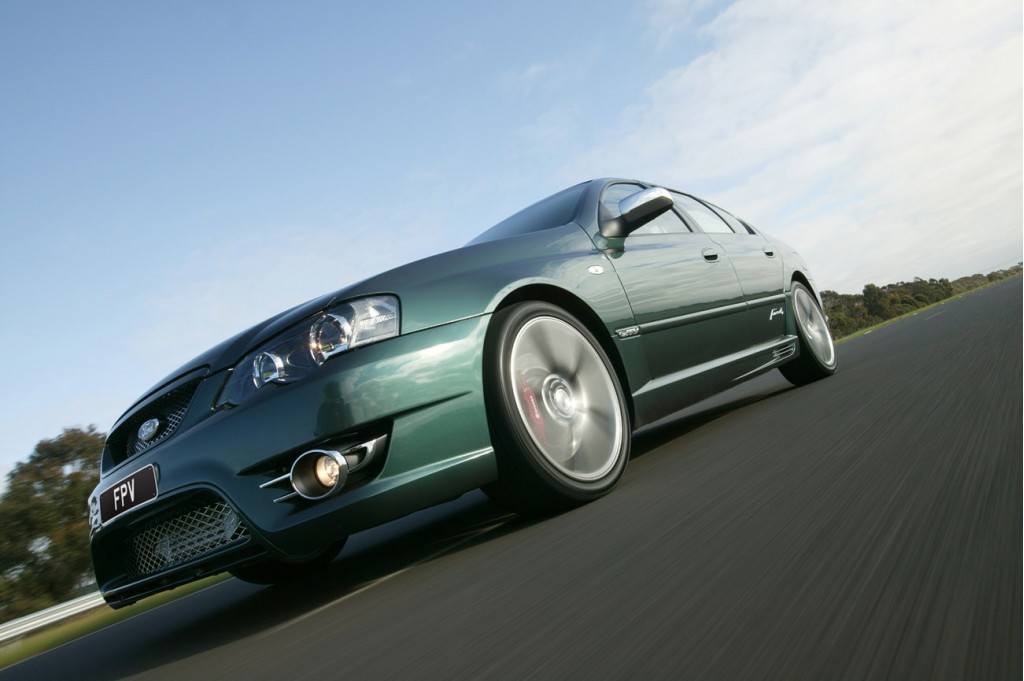 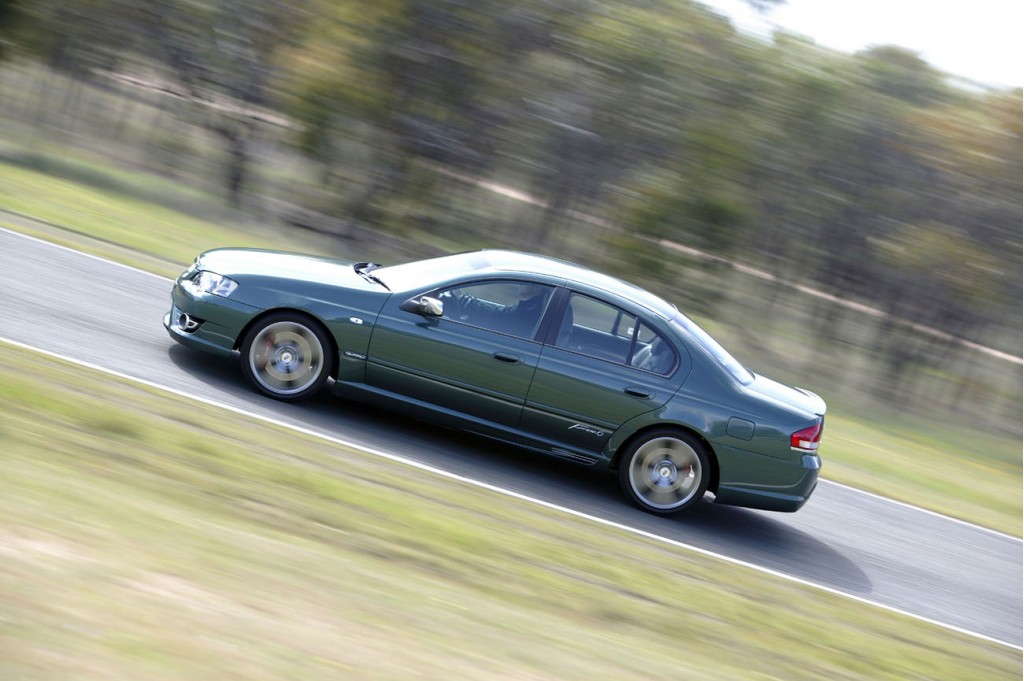 A New Force in Luxury Performance

Ford Performance Vehicles will stretch the boundaries of the local luxury high performance vehicle market with the introduction of its new Force models.

“The Force models will enable FPV to offer our customers a choice of high-performance powerplants – and we are the first to offer a turbo-charged six cylinder in a locally-produced luxury high performance vehicle.

“We recognise the market demands for a traditional V8 powerplant in this segment, which will be filled by the Force 8 powered by the quad cam Boss 290 V8.

“But FPV has always promised to bend the rules and the Force 6, with its 550Nm, high-torque F6 270 Turbo engine, breaks the mould. I am certain a significant portion of this market segment has been waiting for a vehicle such as this, but has never had the choice.

“I have no doubt that the Force models will find particular favour with corporate executives who want an Australian-built alternative to European luxury marques.”

A NEW STYLE OF PERFORMANCE

A subtle blend of classic performance car cues sets the Force 6 and Force 8 apart from its more overt siblings, the iconic GT and award-winning F6 Typhoon.

Both models utilise a variation of the modular exterior styling elements of the GT and F6 Typhoon, with colour-keyed bumper inserts and contrasting chrome-finished grille mesh, mirror scalps and driving lights surrounds. The Force 8, as with all Boss V8-powered vehicles, has the performance hood with its iconic bonnet bulge, while the Force 6 is clearly identified by its bright-finish turbo intercooler, visible in the lower air intake. Sports-designed side skirts with chrome-finished flutes and specific badging also provide a unique profile view of the Force models.

At the rear, both vehicles have a subtle lip spoiler mounted on the trailing edge of the boot and feature a chrome finish number plate surround. A reverse-parking sensor system is standard equipment. The Force 8 also has a twin-exhaust system with trapezoidal outlets.

Both the Force 6 and Force 8 ride on five-spoke, 19-inch wheels with unique chrome shadow finish, fitted with 245/35 ZR19 Dunlop SP Sport Maxx high-performance tyres. Each model is identified with exclusive Force 6 or Force 8 badges on the bootlid and rear doors.

THE FORCE BEHIND THE WHEEL

The cabin of the Force models is designed to enhance the pleasure of driving. Both vehicles offer a luxuriously-appointed interior with a host of unique features, including Regency Red leather seats available for the first time on any FPV model. Exterior colour selections are limited in line with the exclusive positioning of the model.

All seats feature the FPV logo embossed in the front seat backs, and the driver’s seat includes eight-way power adjustment with in-built memory that is linked to the electronic mirror and pedal settings.