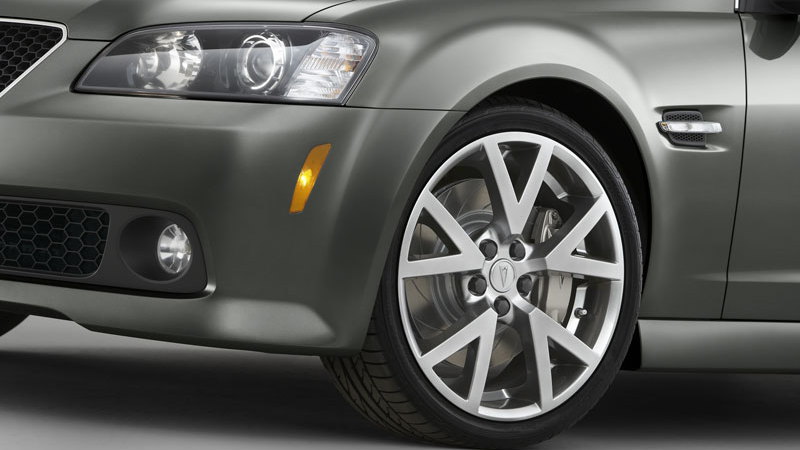 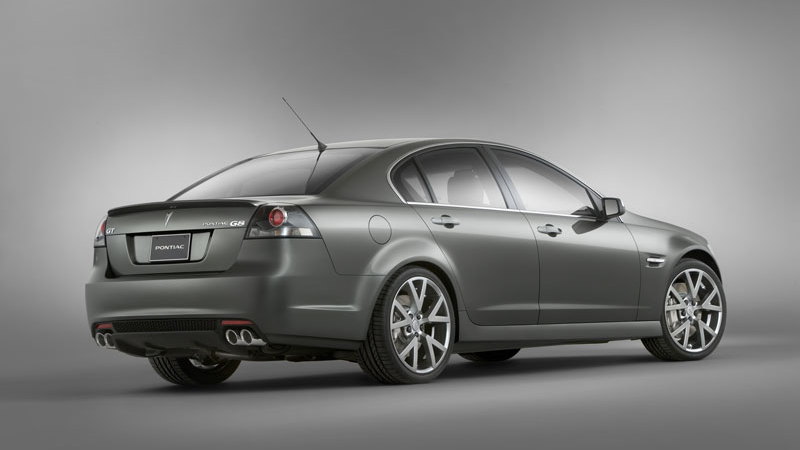 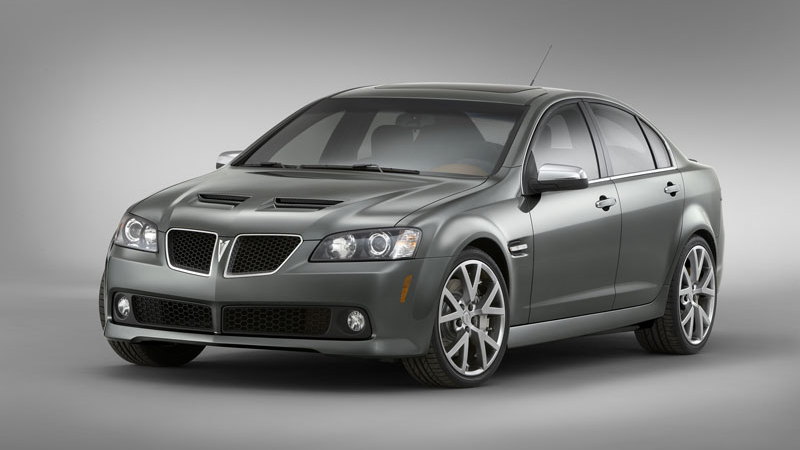 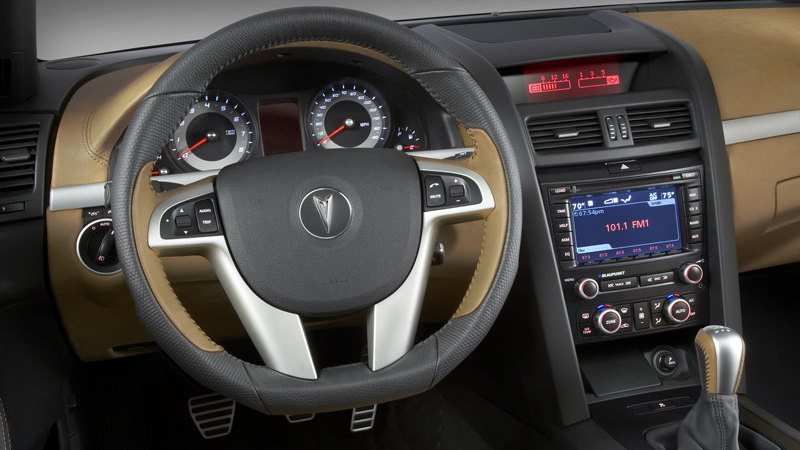 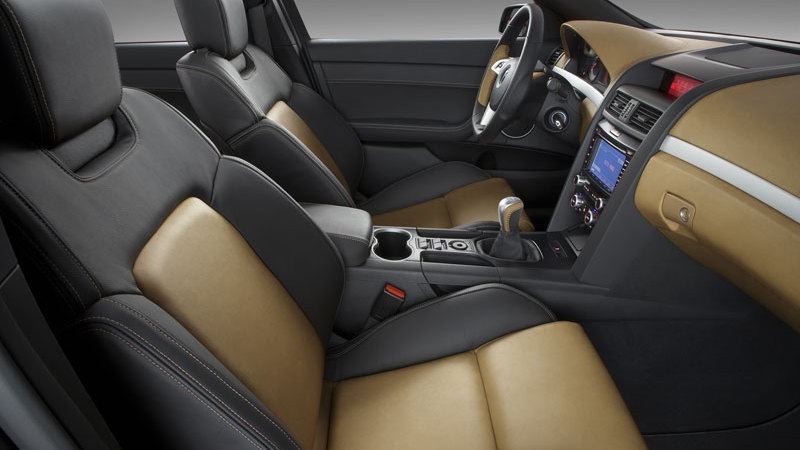 12
photos
Completely undisguised images of the Pontiac G8 sedan have been revealed ahead of the car’s official launch at this week’s Chicago Auto Show. These images show the final design of the Aussie sourced sedan, which has adopted the familiar Pontiac style nostrils and hood scoops to become the new G8.

The range will start off with a 261hp 3.6L V6 engine with 250lb-ft. of torque in the base model, followed by a 6.0L LS2 powered GT version with 362hp and 391lb-ft. of torque. Transmission options include a base five-speed auto with manual mode, followed by both six-speed auto and manual gearboxes. The new G8 is expected to hit showrooms in the third quarter of this year.

More high-res images after the jump.