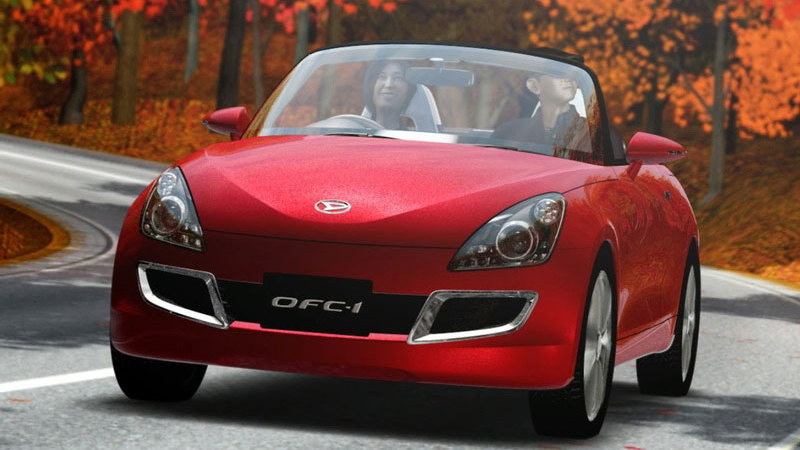 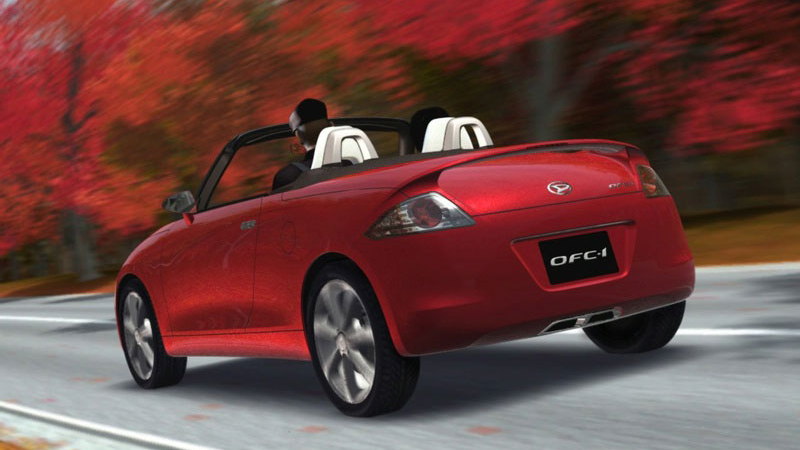 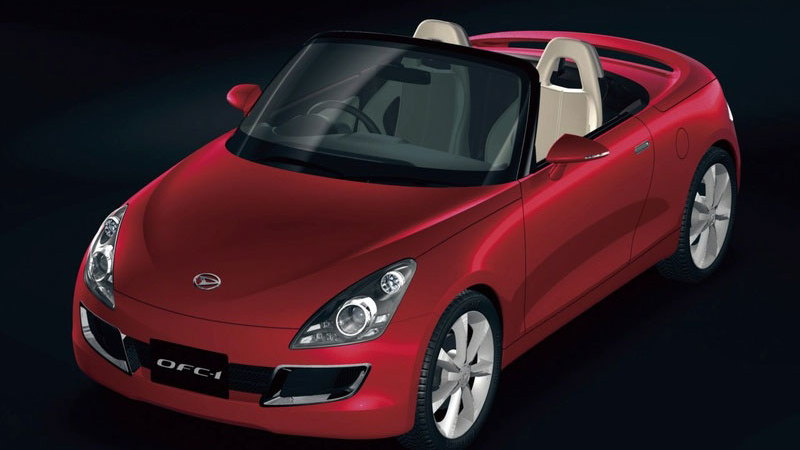 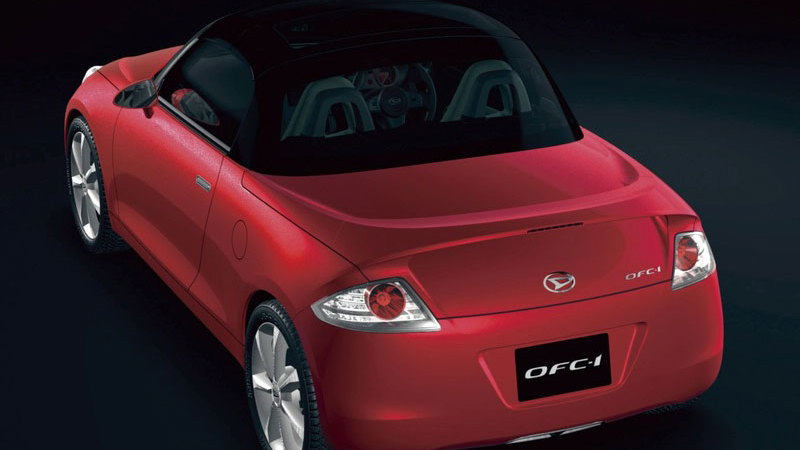 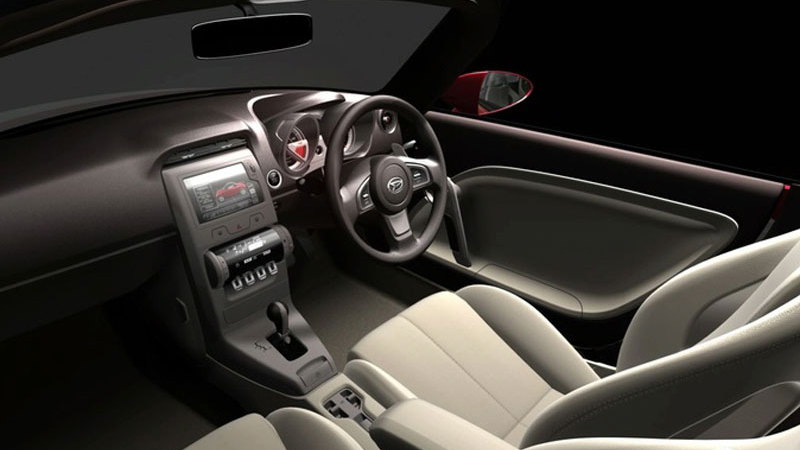 7
photos
Daihatsu has previewed a future open-top sports car with the unveiling of the OFC-1 Concept at this week’s Frankfurt Motor Show. Not only does the new OFC-1 Concept share a striking resemblance with the original Copen mini-roadster, the two cars also feature a similar powerplant under their respective hoods. Like the Copen, the OFC-1 is powered by a small capacity turbo engine but this time is mated with a CVT equipped with a seven-speed paddle shifter.

Other new features displayed on the concept include a transparent canopy cockpit consisting of a glass top lined with a liquid crystal sunshade that can automatically fold away for open top cruising. The 3-piece folding roof completes operation in less than ten seconds and, according to the company, still leaves a sizable boot when folded down.