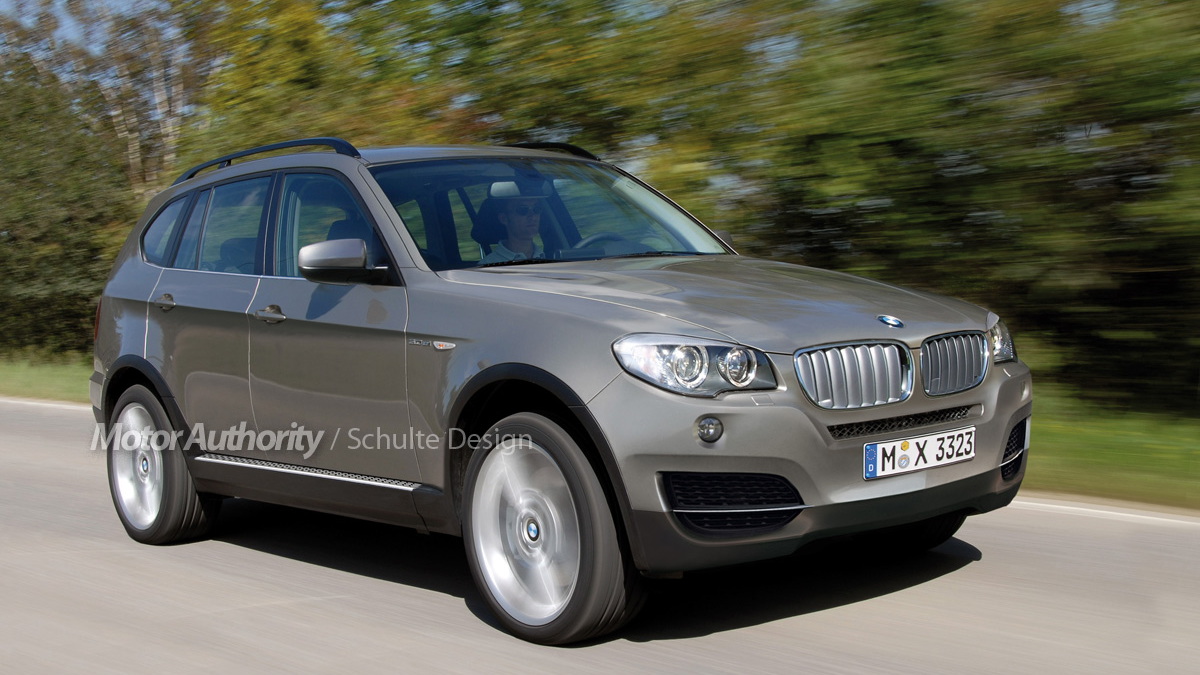 2
photos
The current BMW X3 will have to soldier on for a few more years until the arrival of an all-new model at the end of the decade. Spy shots of a suspicious 3-series wagon with a much taller ride-height than the standard model are believed to be of the prototype for the new X3. The images only revealed a new suspension set-up, with a lower control arm and a wider track, but this new rendering gives us a hint as what the new car will look like.

The new X3’s dimensions will hardly change compared with the current car and its styling will be shaped to reflect elements from the CS Concept. The basic shape will remain much the same, however, as this rendering suggests, the new SUV will receive a more prominent grille and new wraparound headlights. Designers will also focus on improving the quality of the interior.

Production of the car is being moved to BMW’s Spartanburg plant in the U.S. where it will be built alongside the new X6 and X5. Expect to see the twin-turbo 3.0L from the 335i make its way into the X3 range as well as the powerful but frugal new 204hp 2.0L turbodiesel. Engineers are also likely to add a hybrid version of the car as previewed by the X6 Hybrid concept at last week’s Frankfurt Motor Show.

The next couple of years will be very busy for BMW as it prepares for the launch of several new models such as the recently revealed X6 crossover, new V-series and another X car, the all-new X1.