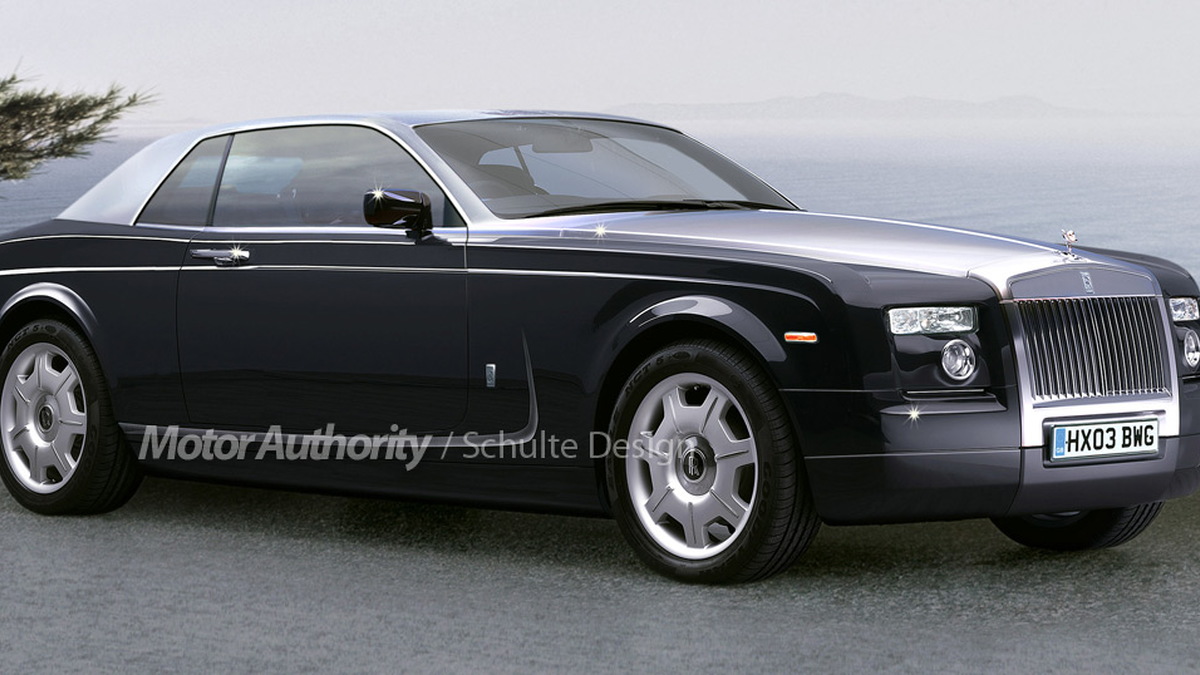 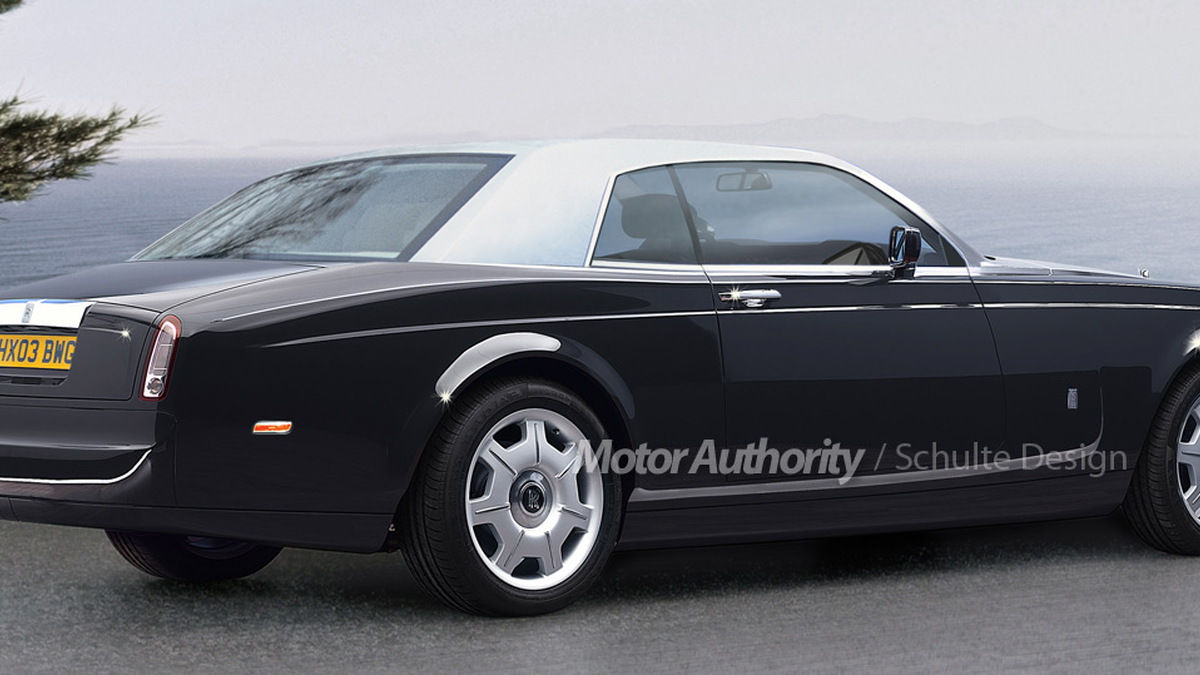 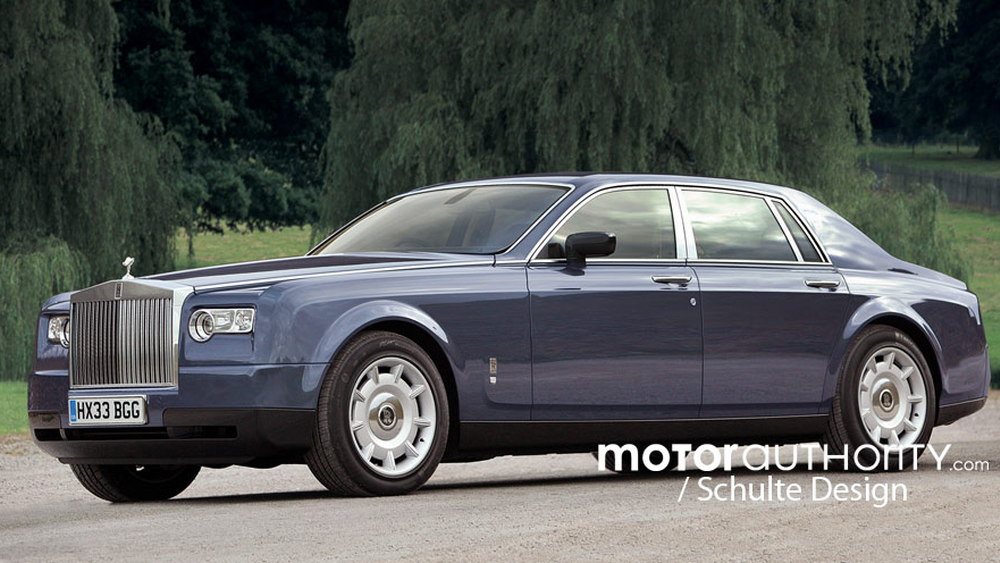 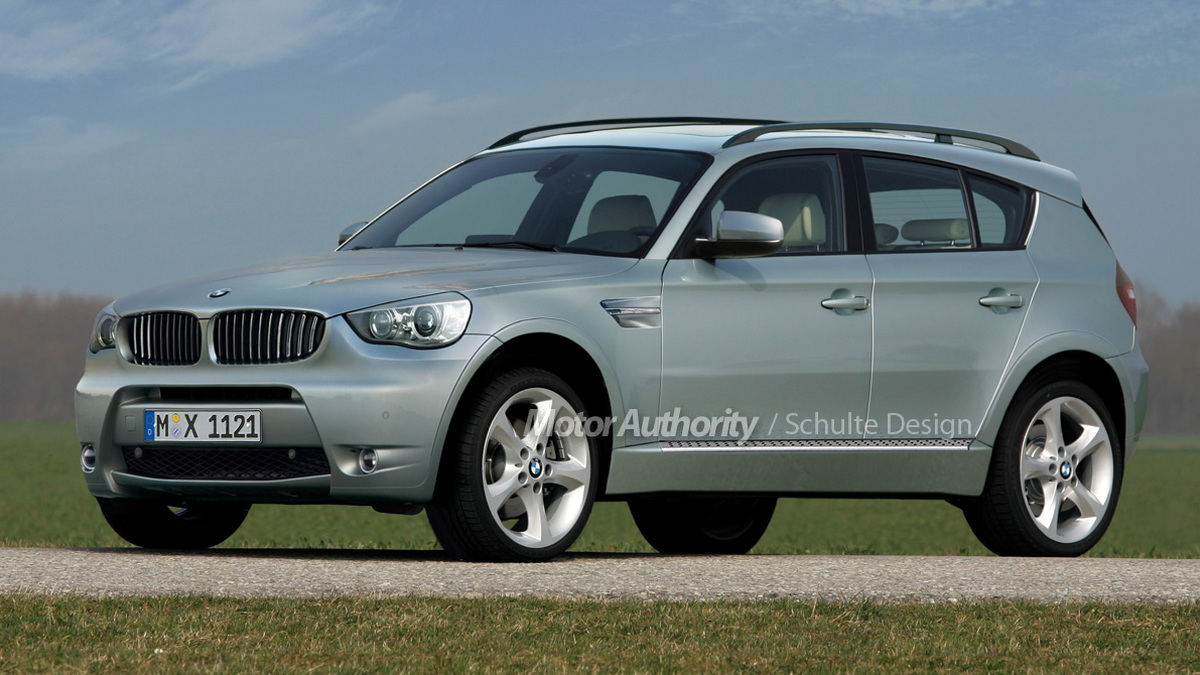 8
photos
BMW CEO Norbert Reithofer has spilled the beans on the carmaker’s future plans with the release of a document today outlining its official strategy up until 2020. According to the document, BMW hopes to sell up to 1.8 million vehicles by 2012 and sees increased volumes as the key to improved profitability. To help meet its sales goals, BMW has confirmed plans for an X1 crossover, new Gran Turismo, Mini SUV and new Rolls-Royce Coupé over the next five years.

The new Gran Turismo will be a four-door coupe based on the CS concept that was presented at the Shanghai Auto Show. The Rolls Royce brand, meanwhile, will launch not only the new coupe but also an additional model positioned below the Phantom.

A new BMW concept vehicle is also in the works. Dubbed the ‘Progressive Activity Sedan’ (PAS), the concept will highlight efficient packaging methods and intelligent functionalities. BMW will also be focusing on improving its green credentials with the announcement of a further €6 billion investment in its EfficientDynamics program.

More attention will also be paid to currency fluctuations, with plans in place for more natural hedging and the purchasing of U.S. dollars. One avenue is the increasing of production in the U.S. with the Spartanburg plant confirmed to output 240,000 vehicles by 2012 from the current 140,000 level and the Mini factory in Oxford set to expand to a capacity of 260,000 vehicles a year. Chinese production will rise from the current 30,000 units per year to 44,000.

As for any acquisitions, Reithofer acknowledged that they are still under consideration but all the carmakers researched thus far do not meet the criteria BMW is looking for in a subsidiary so it looks like there won't be a fourth brand for BMW any time soon.

* Programme to tap 6 billion Euros in efficiency potential by 2012

* Shareholders to benefit from company success to a greater extent

Munich. The BMW Group has set course for a successful future with its strategic realignment. “We will consistently align the BMW Group to achieve profitability and increase value over the long term,” said Norbert Reithofer, Chairman of the Board of Management of BMW AG, on Thursday when he presented the new corporate strategy in Munich. The Group’s strategic direction up to 2020 is clearly defined: The BMW Group is the world’s leading provider of premium products and premium services for individual mobility.

The future strategy focuses on ensuring the company’s long-term success and safeguarding its independence. The BMW Group has set ambitious interim targets for the first five years: Automobile retail is supposed to rise to more than 1.8 million vehicles by 2012. During this period, the company plans to increase deliveries in the motorcycle business by 50% to 150,000 units per annum.

Profitability takes priority over mere volume growth. “We will focus the entire organisation on the return on capital,” Reithofer commented. In the Automobile segment, the company plans to achieve a Return on Capital Employed (RoCE) of 26% and a return on sales of between 8% and 10% as of 2012.

The BMW Group’s strategic targets for the time period until 2020 are equally ambitious: The company intends to increase retail in the automobile business to clearly more than two million vehicles.

The BMW Group will launch a comprehensive efficiency programme that will encompass all of the company’s divisions and will apply to both performance and costs. “It is designed to tap approximately six billion euros in efficiency potential by 2012,” Reithofer emphasised. The new programme is based on the principle of EfficientDynamics, a strategy that is successfully applied to the company’s automobiles as well: More output for less input.

The BMW Group plans to tap additional earnings potential by starting new business activities, among other things. In addition to new products and markets, the BMW Group has identified potential along the vehicle lifecycle and the automotive industry’s value chain. Another positive effect on earnings is to arise from the consistent positioning of the vehicles in the premium segment.

In addition, the BMW Group has adopted a range of measures that will help achieve significant progress in terms of cost. Besides putting all cost structures to the test, the company will continue to standardise processes. Further targets include a reduction in cost, capital expenditure and capital employed per vehicle in development, production, sales and administration. Cooperation is supposed to lead to economies of scale for components, modules and drive systems. The BMW Group aims for a rise in productivity of at least 5% a year.

Thanks to the targeted productivity increase, the BMW Group expects to be able to achieve the growth planned for the period until 2012 with roughly the same level of personnel as today.

Natural hedging and purchasing in US dollars to be expanded

In order to strengthen independence from currency fluctuations, the BMW Group will strategically step up natural hedging as well as purchasing, primarily in US dollars. By 2012, production capacity of the US plant in Spartanburg will be increased from 140,000 at present to 240,000 units. Plans for the expansion are already underway.

The BMW Group will also raise the Oxford MINI plant’s capacity to 260,000 units per annum, without making additional investments. In addition, the company plans to take the first step to increasing capacities in China from 30,000 to 44,000 units a year.

The Board of Management is convinced that the strategic realignment will be successful over the long term. Therefore, the company plans to let shareholders benefit from the company’s success to a greater extent by substantially increasing the dividend payout ratio. As a first step, the Board of Management will propose a significantly higher dividend for the financial year 2007 to the Supervisory Board and the Annual General Meeting.

The BMW Group will also keep the option of conducting a share buyback. However, in the next twelve months, the company will concentrate on increasing the dividend payout ratio.

The BMW Group intends to do more for employees as well. In order to safeguard pensions, pension obligations in Germany will gradually be funded out in three phases over the next few years.

The BMW Group will continue its product initiative, making use of modular systems for all new models in order to increase synergy effects. A new X1 model will complement the successful X Sports Activity Vehicle lineup, in addition to the BMW Concept X6 presented at the Frankfurt Motor Show. Furthermore, the company will manufacture a four-door Gran Turismo based on the CS concept study showcased in Shanghai. Another result of the new strategy is that the BMW Group will not build a space-functional concept. Instead, the company plans to introduce a fundamentally altered concept called Progressive Activity Sedan (PAS). This concept will establish an entirely new segment, introducing a unique interpretation of the sedan and offering a wide range of intelligent features.

The next MINI model will be a Sports Activity Vehicle. The Rolls-Royce model portfolio will be expanded as well: A Coupe will be launched as the third variant of the Phantom. An additional Rolls-Royce model is in the pipeline; it will be positioned below the Rolls-Royce Phantom in terms of both price and size. Furthermore, the BMW Group will continue to extend the product portfolios under the BMW Motorrad and Husqvarna Motorcycles brands in the years to come.

Dr. Reithofer: In principle, acquisitions will be kept on the agenda

The BMW Group explored all of the options for future growth during the strategic review, including potential acquisitions or the creation of a fourth brand. However, this would require the new automotive brand to be a perfect fit for the company and its strengths. Moreover, rising unit figures would have to result in a decline in unit costs and thus lead to economies of scale. The new brand would have to at least make the same positive contribution to earnings as the existing automobile business. However, an in-depth analysis found that none of the evaluated automotive brands currently meets these requirements.

Nevertheless, the BMW Group does not generally rule out further acquisitions. Accordingly, the successful acquisition of the tradition-rich Husqvarna brand and its sporty profile have enabled the BMW Group to attract new and younger target groups in the Motorcycles segment.

“In principle, we will keep acquisitions on our agenda. We defined clear criteria for potential acquisitions within the scope of our strategic review. This will allow us to act swiftly whenever necessary,” according to Reithofer.

As always, the BMW Group will focus on its inherent strengths and thus on the market for premium vehicles and services, a segment that will continue to grow much faster than the mass market. The company expects the premium segment to increase by about 40 percent between 2005 and 2019, compared to an increase just under 20 percent for the mass segment.

The BMW Group will continue to invest heavily in future technologies with a view to developing entirely new individual mobility solutions, thus guaranteeing the company’s innovation leadership for the next decade as well. With its EfficientDynamics development strategy, the BMW Group has gained a significant edge over competitors, for example in reducing carbon emissions.

“I am firmly convinced that this strategy will lead us to continued business success,” Reithofer stated.