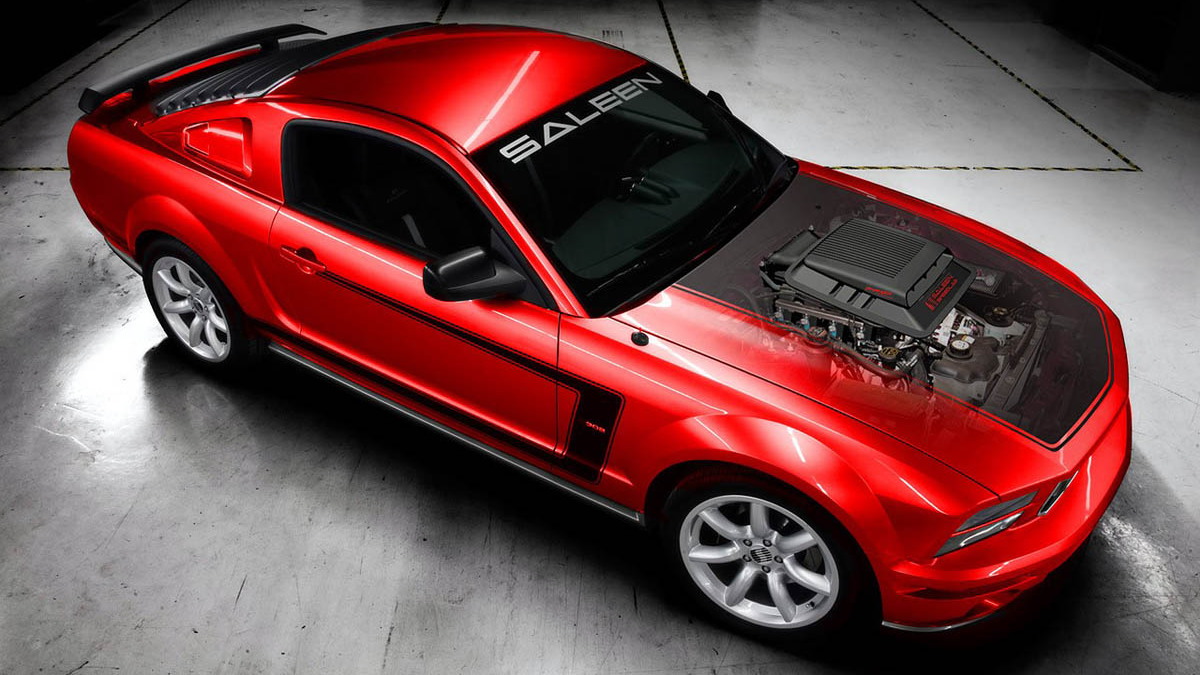 2
photos
Saleen's Aftermarket Division, SpeedLab, announced today the introduction of a new technology for its forced induction models dubbed the SuperShaker. The new performance modification continues the tradition of the classic shaker hood but is designed to increase the efficiency of supercharged powerplants by introducing a ram air effect.

The SuperShaker induction path is much shorter and less restrictive compared to existing designs, and is a true ‘cold air’ intake that’s sealed off from the engine compartment, increasing the density of air going into the engine and thus boosting performance. The new system sits above the hood and is isolated from the hot air in the engine compartment. This is especially beneficial in static situations such as at stop lights or take off during drag racing. Once up to speed, the shaker hood scoop rams fresh cold air into the air box where it is pressurized, allowing greater boost at higher speeds.

The SuperShaker is engineered and designed to fit all 2005 to current model Mustang GT's. Combined with an updated twin screw Saleen series VI supercharger and the new SuperShaker system, V8-powered Ford Mustang coupes have been achieving power outputs of between 500 (373kW) and 700hp (522kW).

Saleen is now taking pre-orders for the SuperShaker kit with an estimated production date starting by late August.