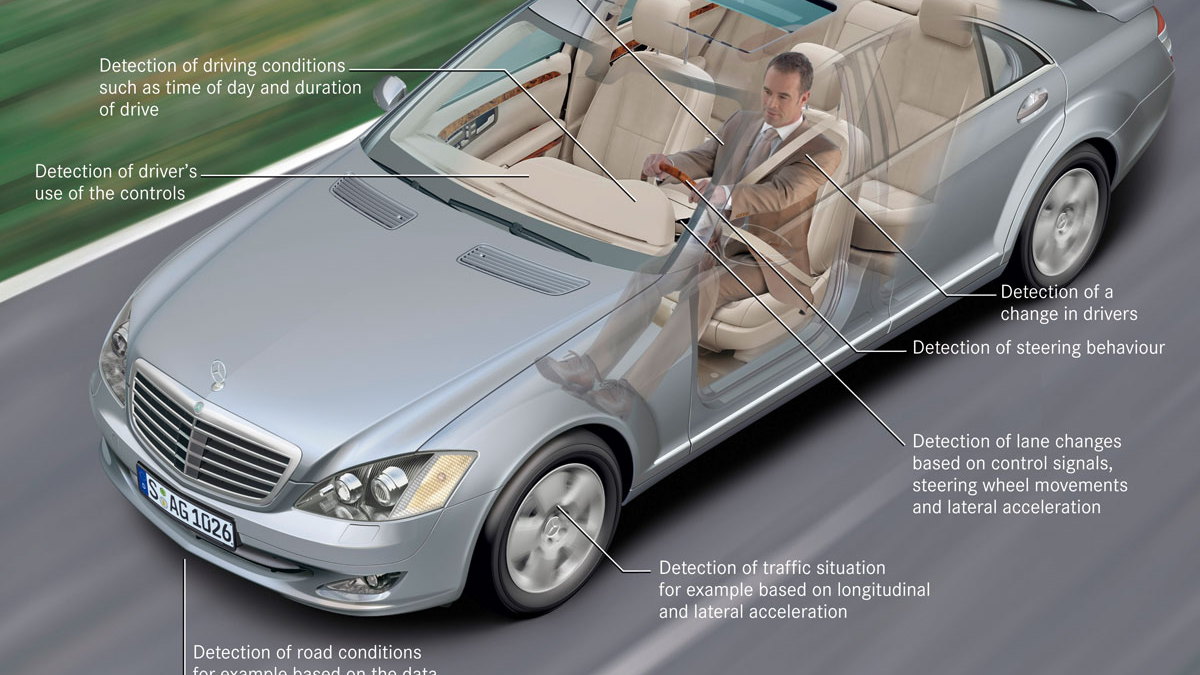 2
photos
Nodding off at the wheel is one of the chief hazards facing drivers, especially during long trips and during late-night jaunts. To counteract the threat of falling asleep while driving, Mercedes Benz developed the Attention Assist system, shown late last year in near-production form. The company has now revealed that cars will be fitted with the technology starting in early 2009.

The risk of the so-called 'one second nap' is very real. Studies have shown that the reaction times of drivers can be 50 percent longer after only four hours of non-stop driving. The risk of an accident is doubled after this length of time, and after six hours of driving it is no less than eight times as high. The problem is even worse at night or in monotonous driving conditions.

Attention Assist monitors the driving behavior of the driver, generating an individual driver profile which is constantly compared to a flow of sensor data. In addition to the vehicle speed and linear/lateral acceleration, the Mercedes system also registers, among other elements, steering wheel movements, indicator and pedal operation, plus a number of specific control operations and external influences such as side winds or uneven road surfaces. The use of steering wheel movements has proved to be particularly telling, as overtired drivers are more likely to make constant adjustments to keep the vehicle moving in the intended direction, correcting each small error in a manner that the computer can easily detect.

During the first few minutes of each journey, Attention Assist uses the data collected to compile an individual driver behavior pattern which is constantly compared with the current steering behavior and driving situation by the onboard computer. This enables the system to recognize the typical signs of over-tiredness and warn the driver with a display in the instrument panel and the computer-spoken message: "Attention Assist. Break!"