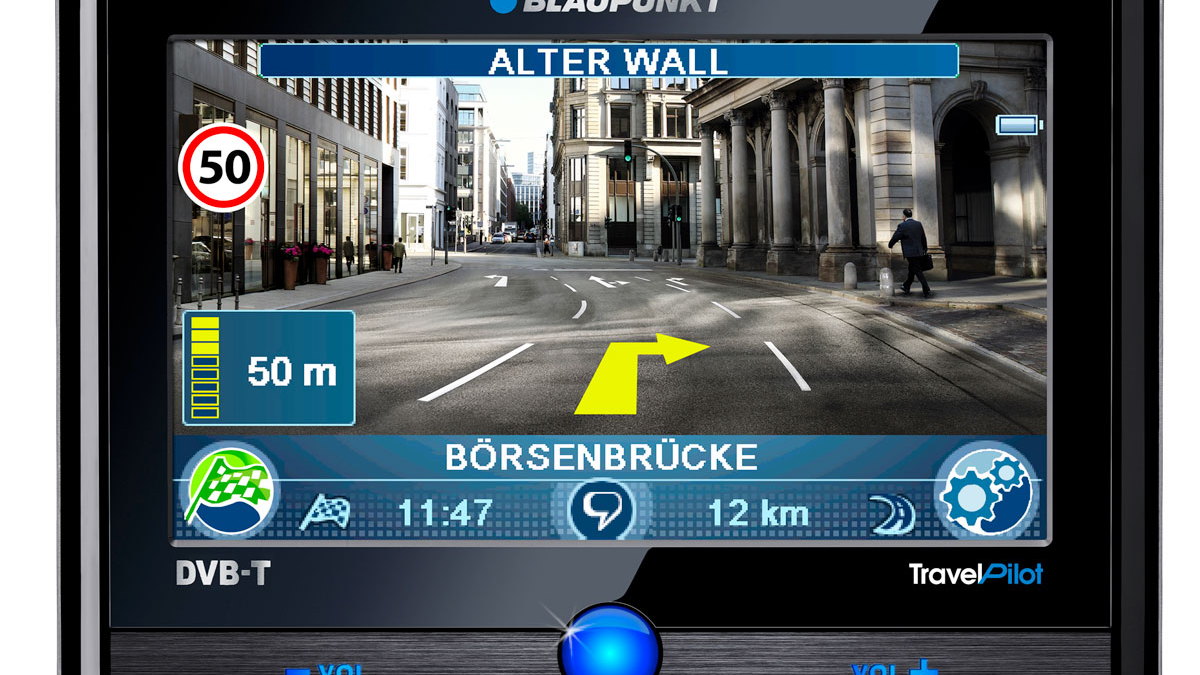 2
photos
Coming to the International Radio Show in Berlin, August 28, two new Blaupunkt navigation systems offer real-time video navigation and traffic sign recognition. The two units, called the TravelPilot 500 and 700, also feature interactive voice controls, Bluetooth and in the case of the 700, internet access. Previously such features had been limited to OEM applications, such as those from BMW and Opel.

The video-navigation system is probably the most innovative feature of the new Blaupunkt systems. Both units use a video camera on their backs to capture live footage of the road ahead and then superimpose the navigation instructions over that view. A simple concept, to be sure, but it has the potential to improve the ease of understanding what the units instructions really mean when approaching complex or non-obvious intersections.

Traffic-sign, or more specifically speed-limit sign recognition, works off the same video capture system. The unit's computer is able to distinguish the signs and their meanings from the background, then can detect the vehicle's travel speed and give alerts, both visually and aurally, to the driver if speeding.

With a full slate of standard features and a reasonable price, the Blaupunkt units could be set to raise the bar for the field. They will be available next month and priced at around €400-500 ($490-$740).