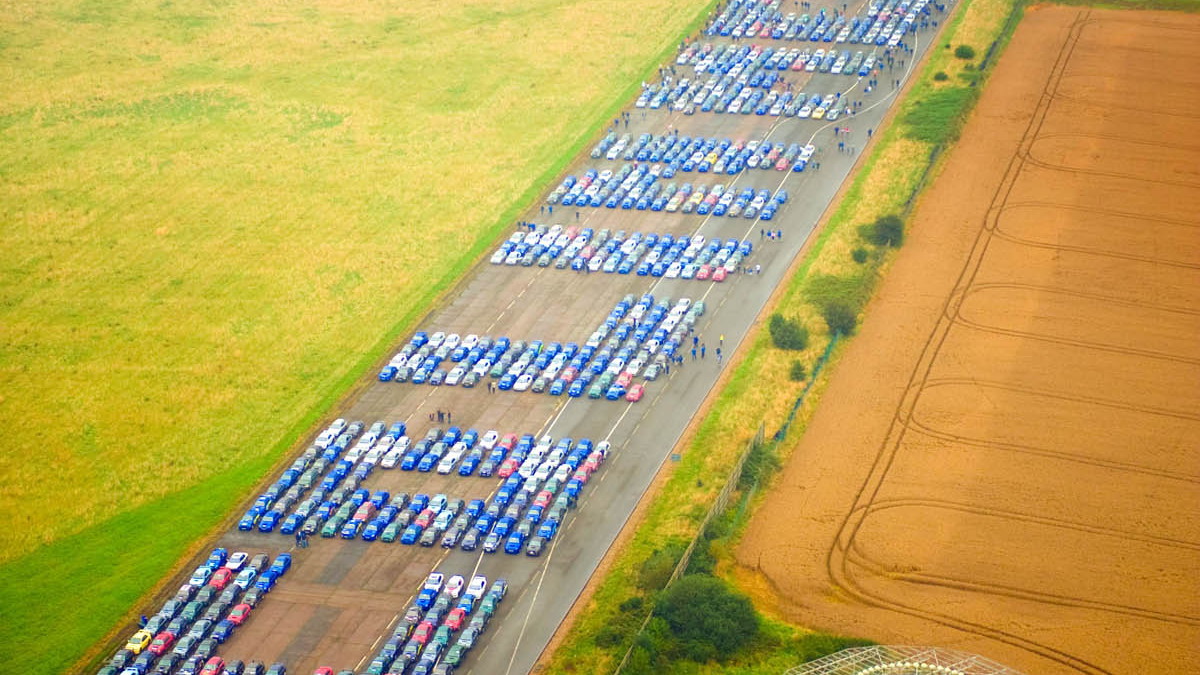 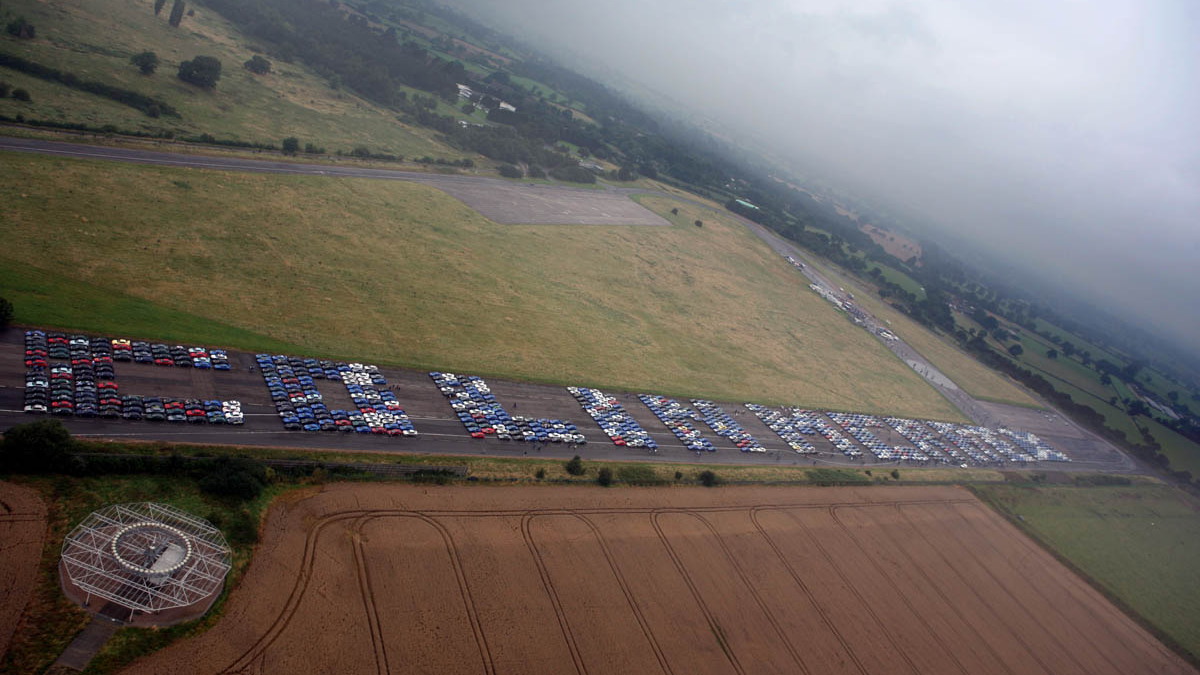 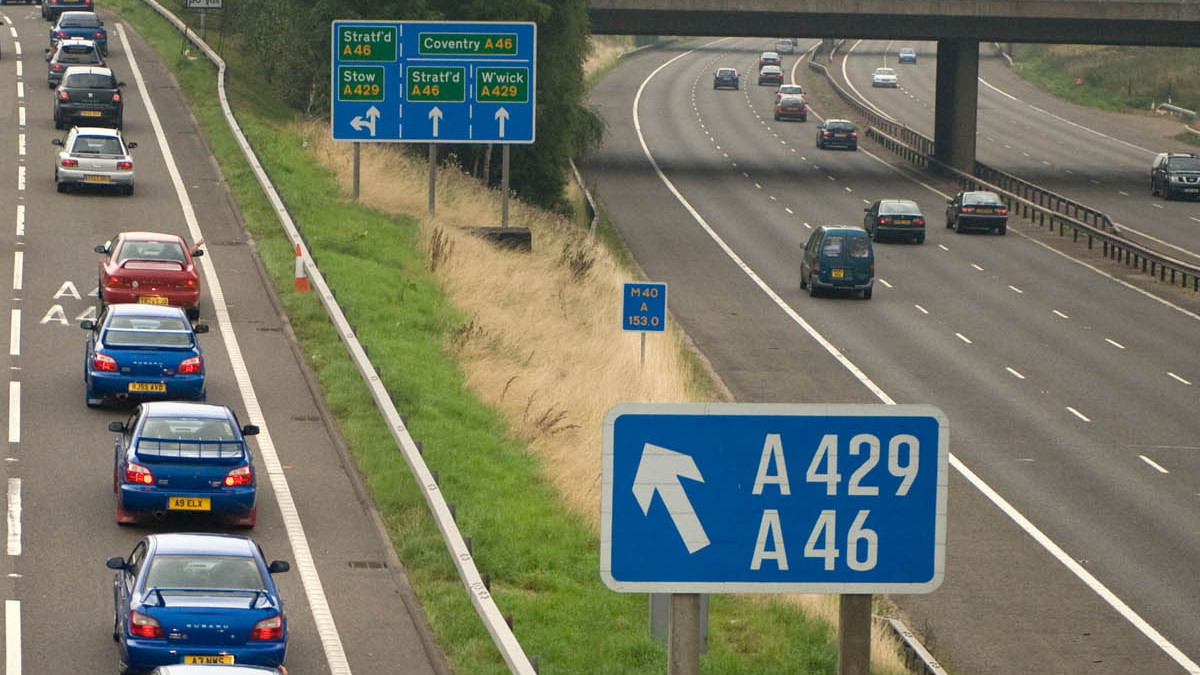 4
photos
Update: An immense gathering of nearly 1,100 Subarus to honor the life and career of late rally legend Colin McRae set several new world records over the weekend, spelling the driver's name out with cars on the tarmac of the Prodrive test track. That feat alone smashed the previous Guiness Book of World Records achievement by over 800 cars. Photos of the gathering after the jump.

Along the route from McRae's hometown of Lanark in Scotland to the Warwickshire track, the convoy stretched nearly 30 miles (48km) long. Supporters and fans of the gifted Scot lined the route, topping each bridge and overpass with waving hands and cheers and the draped Saltire, or Flag of Scotland, to encourage the record-setting procession.

The moving tribute commemorated the life of McRae in the style he lived it - driving cars and setting records.

Original: A convoy celebrating the life of the late rally star Colin McRae, composed of almost 1,300 Subarus and stretching 20mi (32km) in length will drive a route from Lanark to Warwickshire in the UK. Led by Jimmy McRae in one of Colin's original cars, the procession will take nearly 20 minutes to pass once it has reach its full length, sounding the trademark Subaru exhaust note the entire time.

Once at the Prodrive test track in Warwickshire, the group will set out to establish two new Guinness records, first by writing out 'Colin McRae' with their cars and secondly by forming a 1,300-car all-Subaru parade. “When the idea of the convoy to commemorate the life of Colin was born, we never dreamt 1300 Subarus would be taking part. We even have Subarus joining us from all over Europe, from Poland and the Ukraine to France and Spain, while some fans are flying in especially from Australia and Argentina to be part of this memorable occasion,” said Grant Hendry, one of the McRae Gathering's organizers.

Tragically killed almost a year ago in a helicopter accident, along with his five-year-old son and two family friends, Colin McRae was widely recognized as one of the greatest drivers of the present era, in addition to his WRC title with Subaru. Involved heavily in the development side of motorsport later in his career, McRae also continued racing, driving for Prodrive at the 2004 24 Hours of LeMans and at the Dakar Rally for Nissan.

McRae was also working hard on his own McRae R4 purpose-built racing car, designed for many forms of motorsport including rally, rally cross, circuit racing and even ice racing. He had hoped to get a one-make series featuring the car off the ground, though the inexpensive car would also have been available for purchase and use in other series. The car's production has stalled with McRae's untimely death, though various people involved with the project, including McRae's wife Alison, have indicated interest in pursuing it.