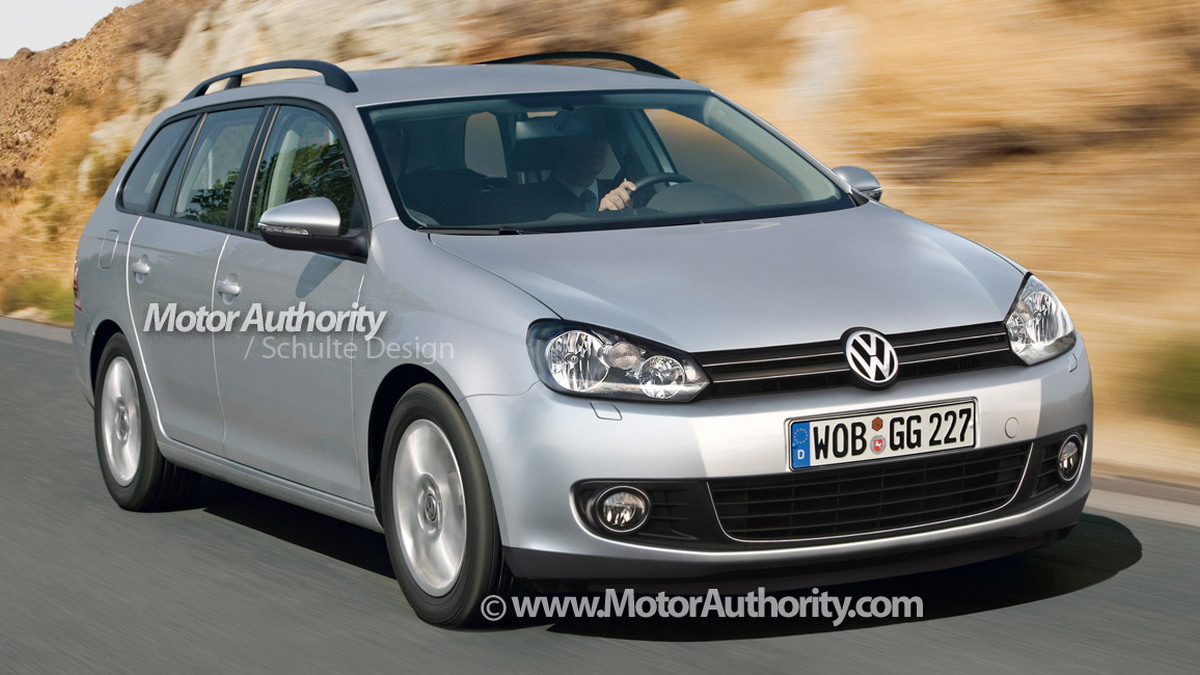 10
photos
Heavily disguised test mules of a Golf wagon have already been spotted by spy photographers but this latest rendering is probably the best indicator of what the final version will look like. VW bosses were originally planning to drop the wagon bodystyle from the Mark VI Golf lineup but were persuaded into developing a new model because of pressure from customers.

The new model can’t come soon enough. VW has already lost precious ground to the likes of Ford and Opel with cars such as the Opel Astra Caravan and Ford Focus wagon that are already on the market.

Inside, the vehicle will likely feature innovative storage solutions such as the fully adjustable and removable rear seats, and multiple storage places including a chilled section as seen in the previous model. There’s no word on whether the new Variant will be sold in markets outside of Europe. If it reaches the U.S. it’ll most likely be sold as a Jetta wagon.

Expect to see the Mark VI Golf Variant make its debut a year after the launch of the hatch, which goes on sale at the end of this year.