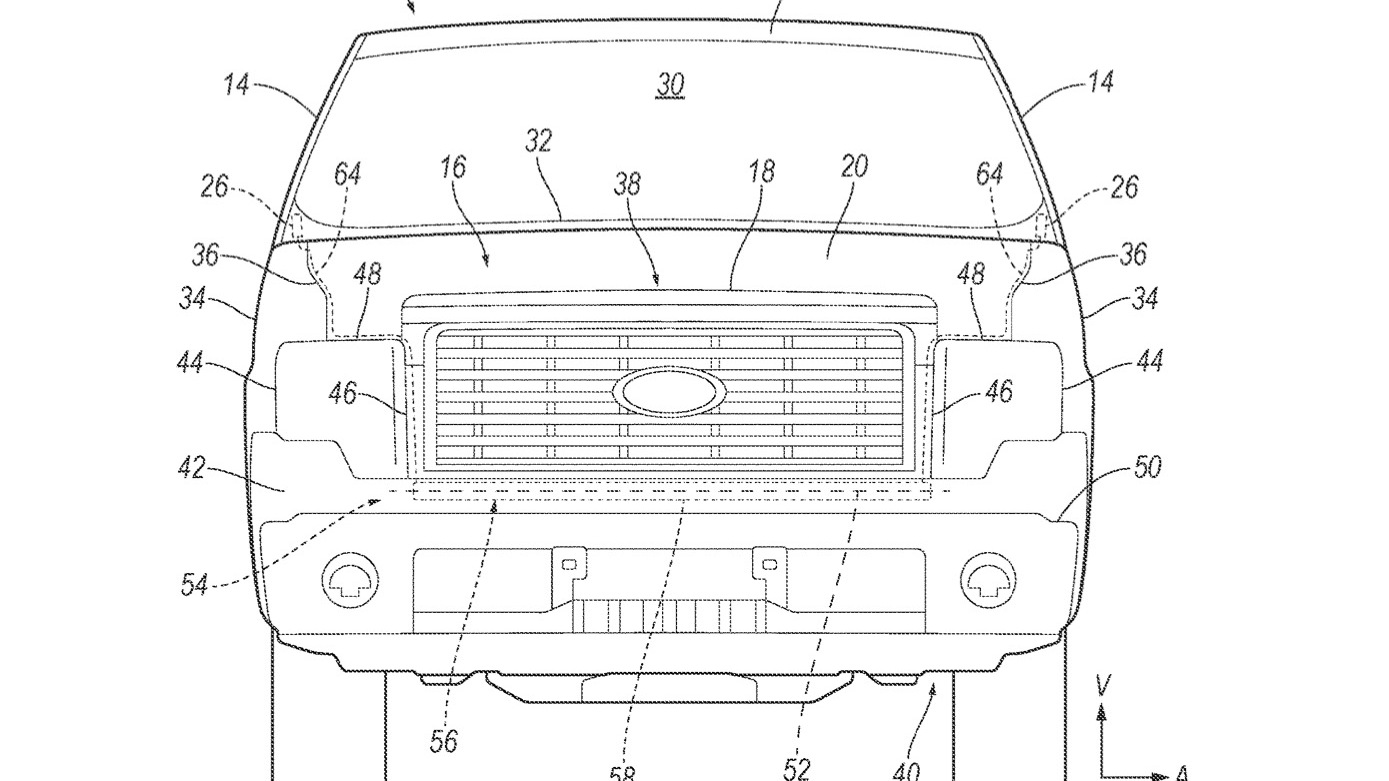 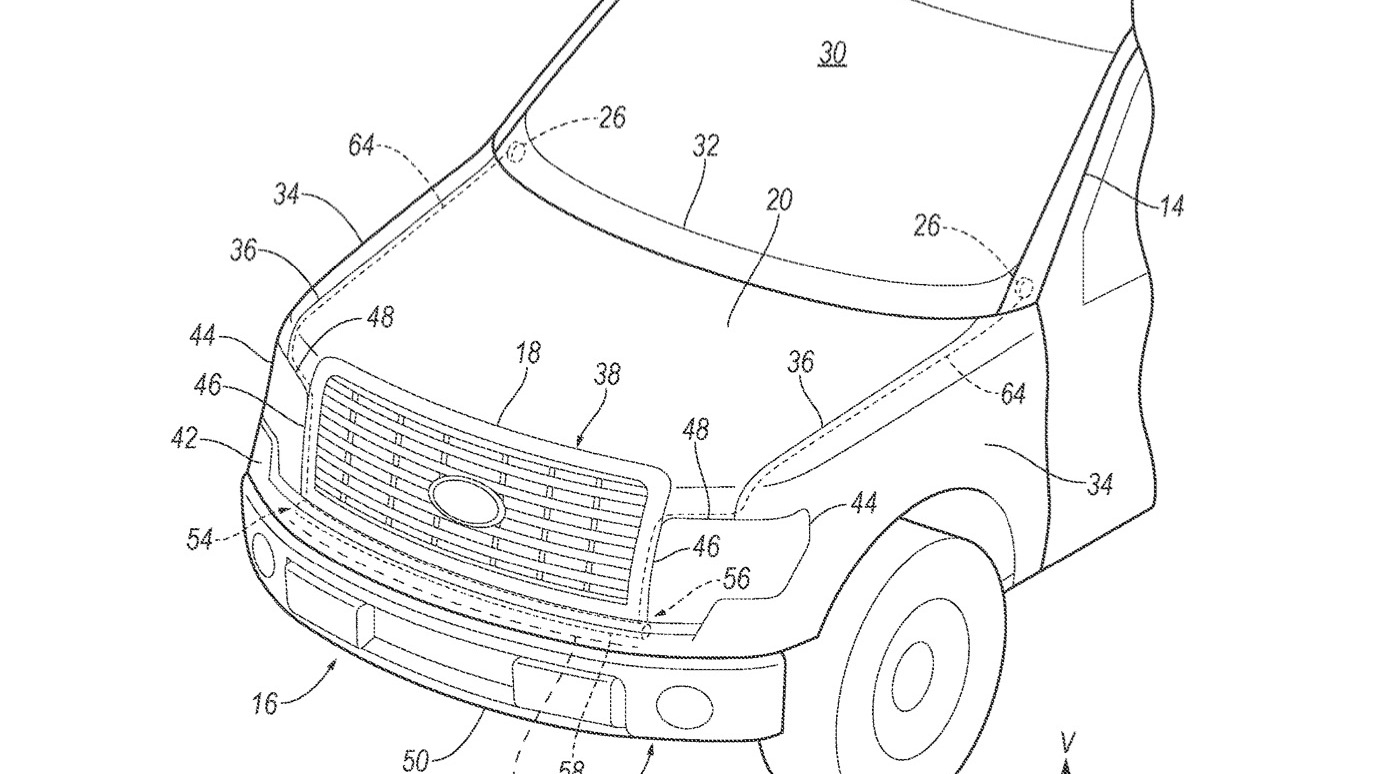 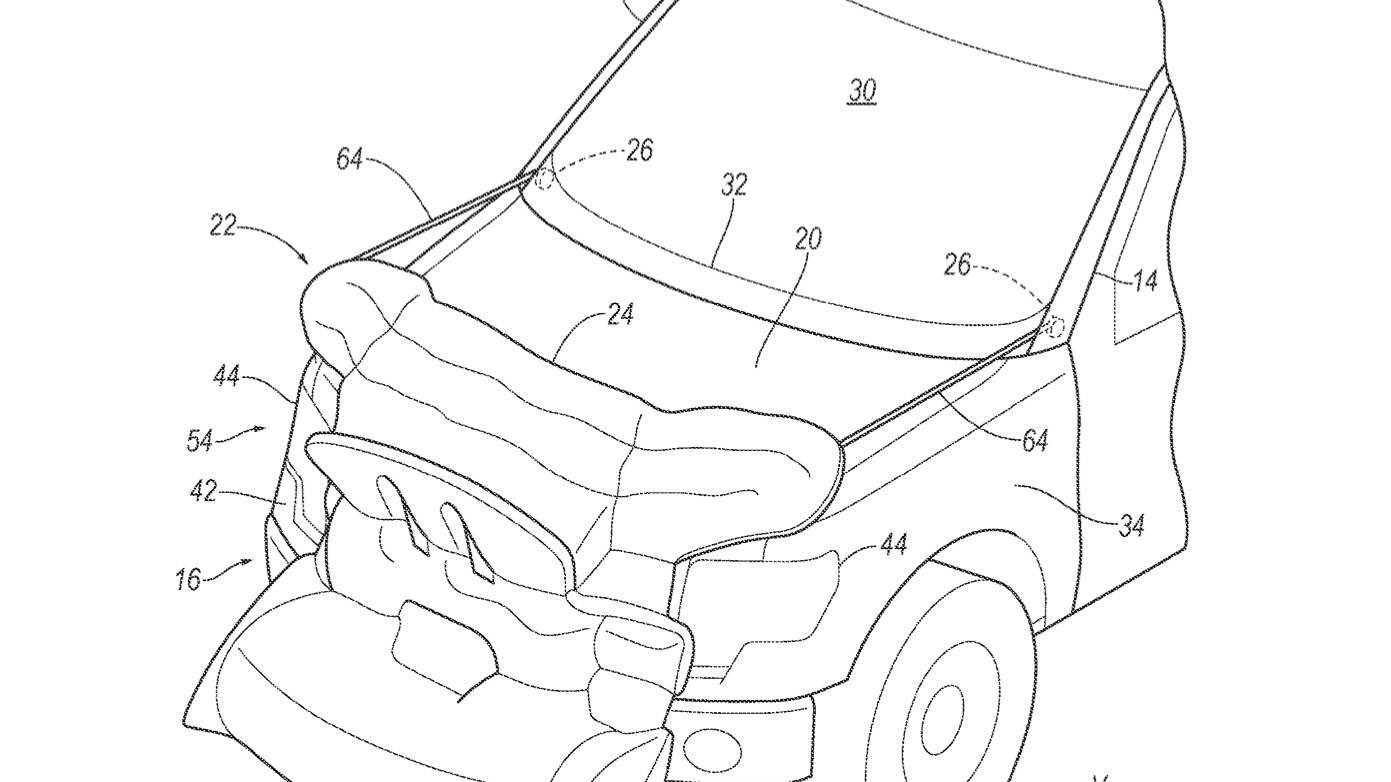 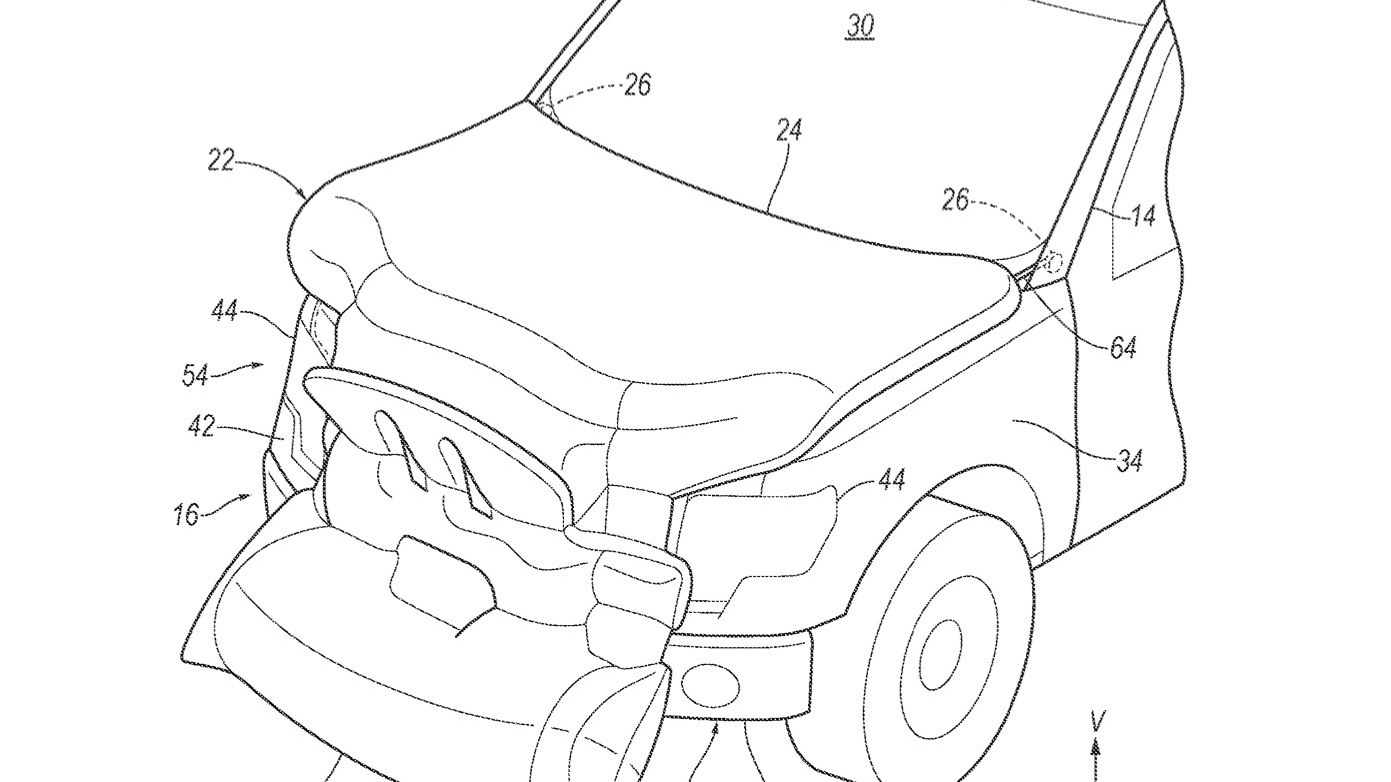 Ford has filed a patent application for an external airbag that would deploy from behind a vehicle's grille during collisions.

Filed with the United States Patent and Trademark Office (USPTO) on Mar. 1, 2021, and published Sept. 1, the application describes an airbag system similar to the ones already mandated in the U.S. for vehicle interiors as a supplemental restraint system (SRS) to protect occupants.

Like conventional airbags, the external airbag would use pyrotechnics to deploy and inflate, and would be triggered by sensors detecting a collision. In this case, though, the airbag would be mounted in the front-end structure of a vehicle, deploying from behind the grille and covering the leading edge of the hood.

In the application, Ford said this system could be used in most types of private passenger vehicles—including cars, SUVs, crossovers, pickup trucks, and minivans—as well as taxis or buses. It could also be used in autonomous vehicles, according to Ford.

Ford isn't the only company to experiment with external airbags. In 2019, German auto supplier ZF showed a prototype external airbag system for side-impact crashes. Designed to provide an additional crumple zone to help absorb the energy of impacts, the external airbag could reduce injury severity by 40%, ZF said at the time.

While ZF seemed fairly confident in its tech, claiming software and sensors could deploy the external airbag in just 100 milliseconds and have it fully inflated before contact with any objects or other vehicles, the company hasn't put it into production yet. Perhaps Ford will have better luck with its forward-deploying version of this tech.