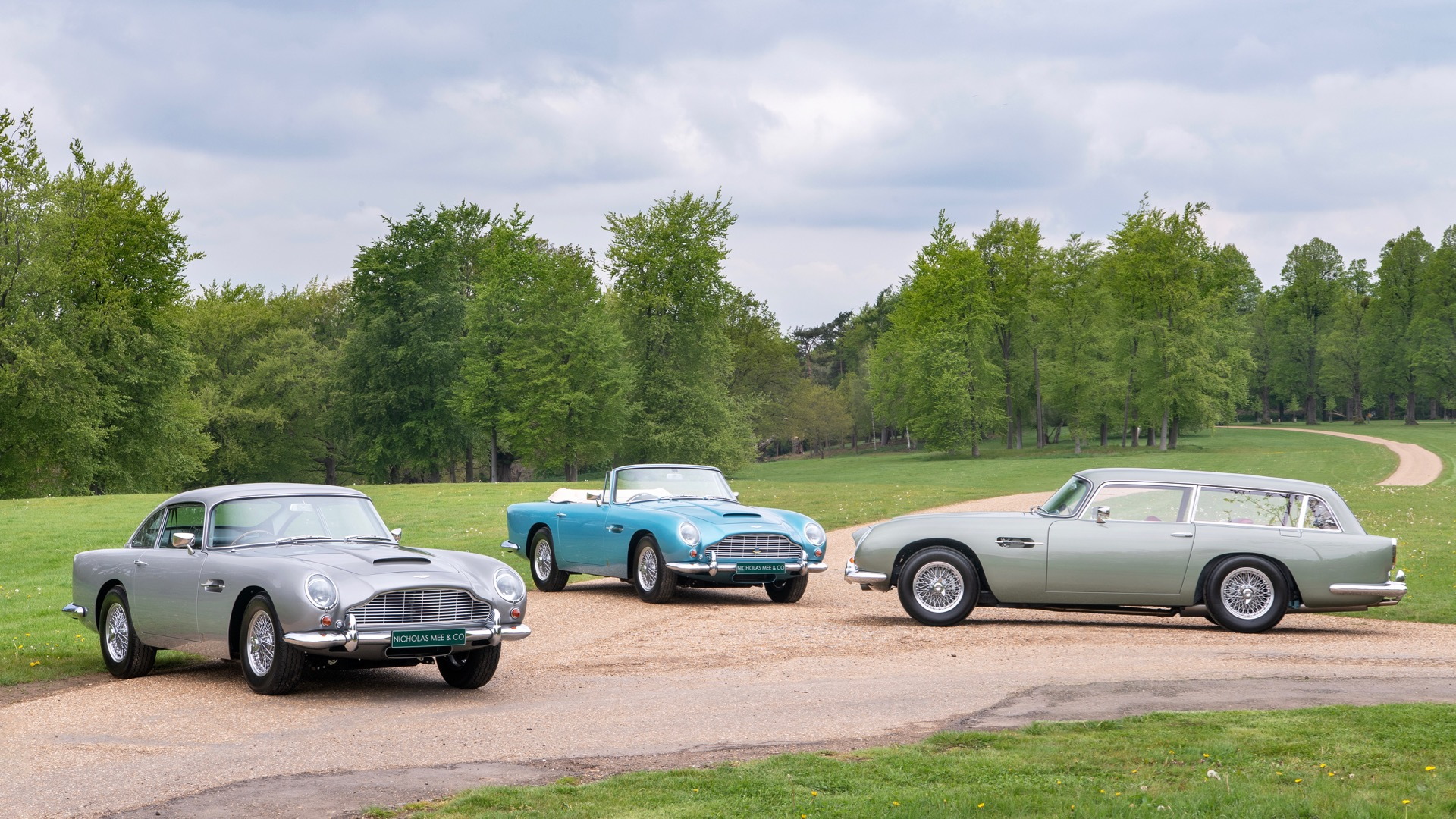 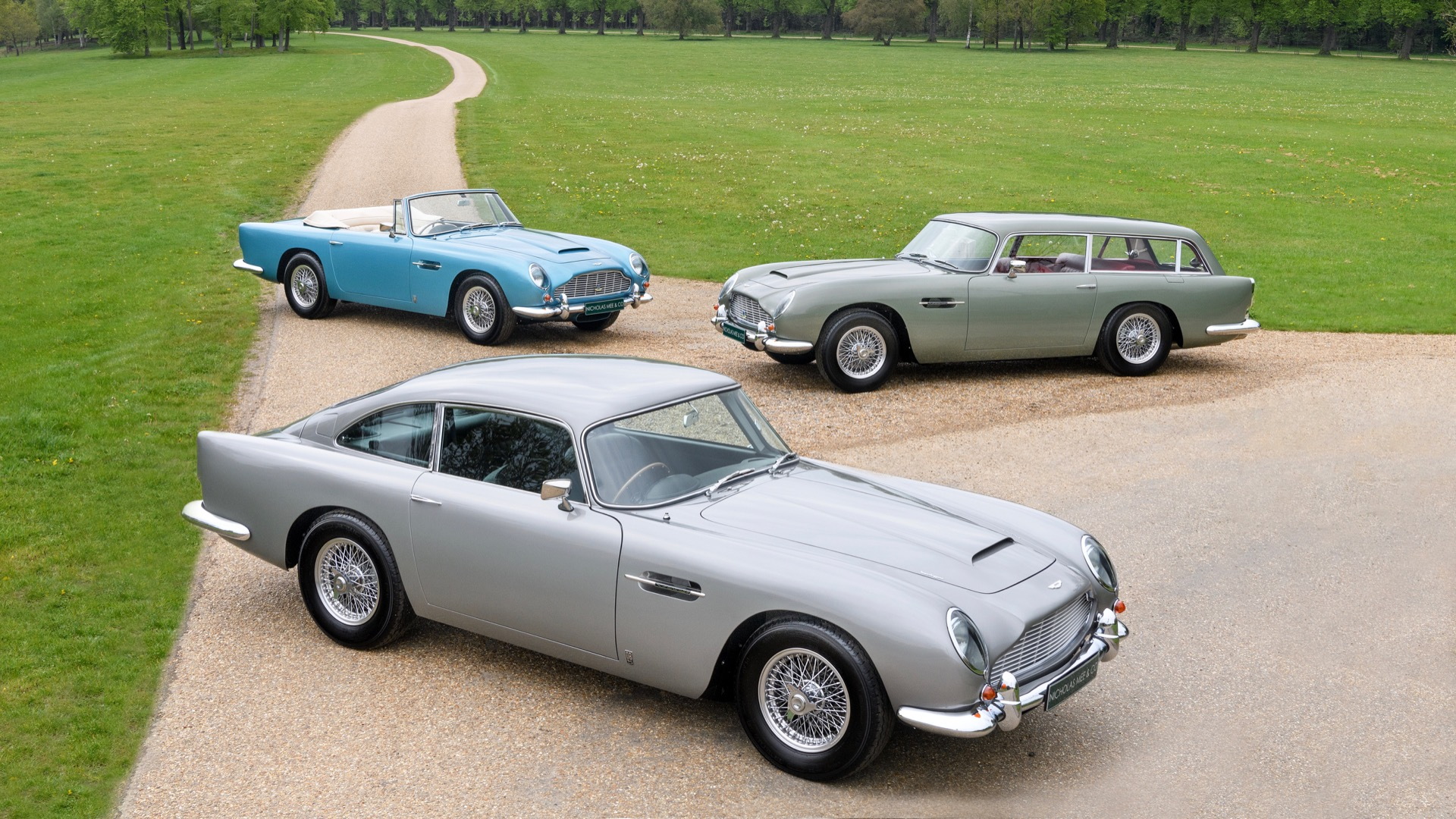 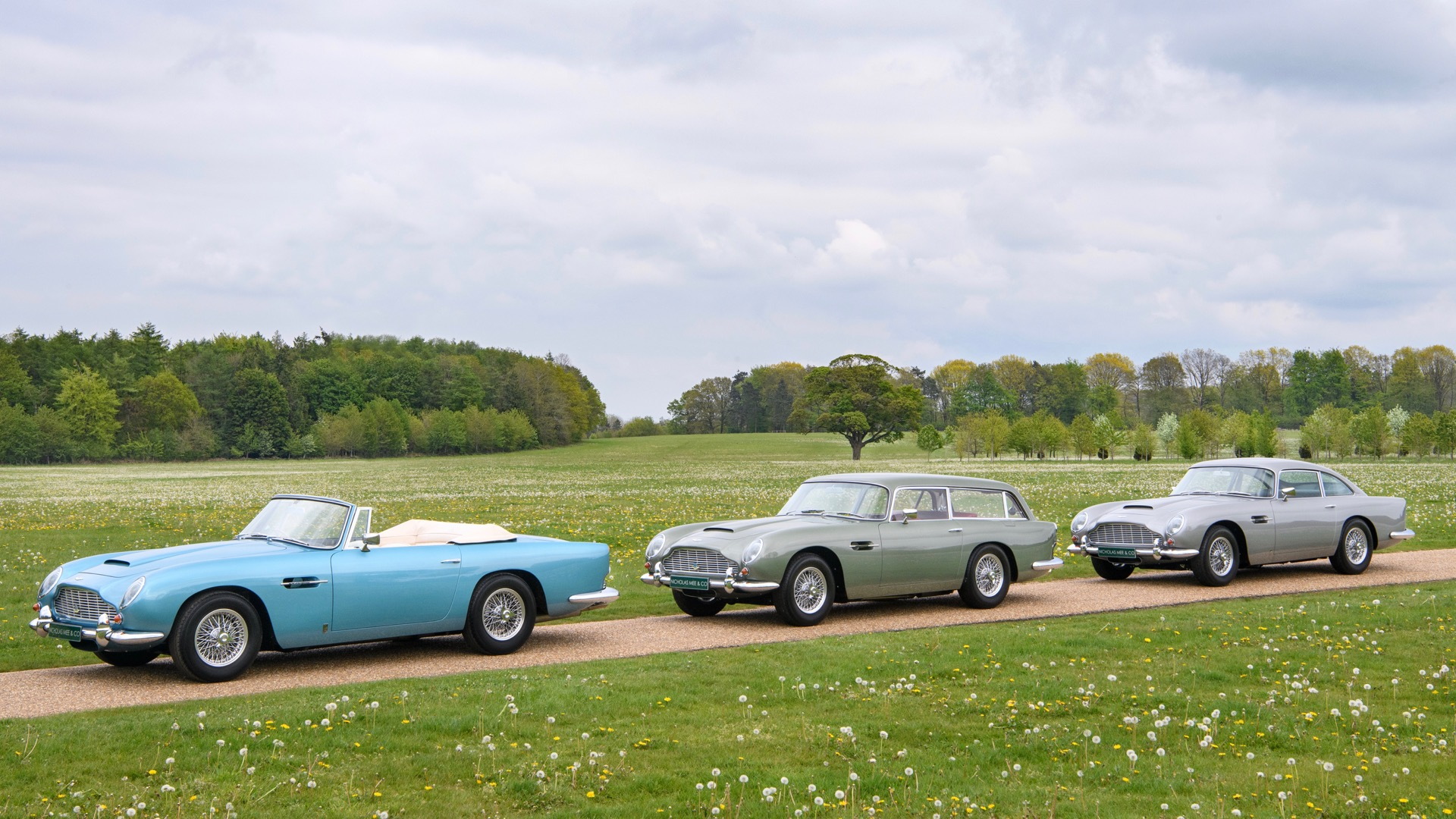 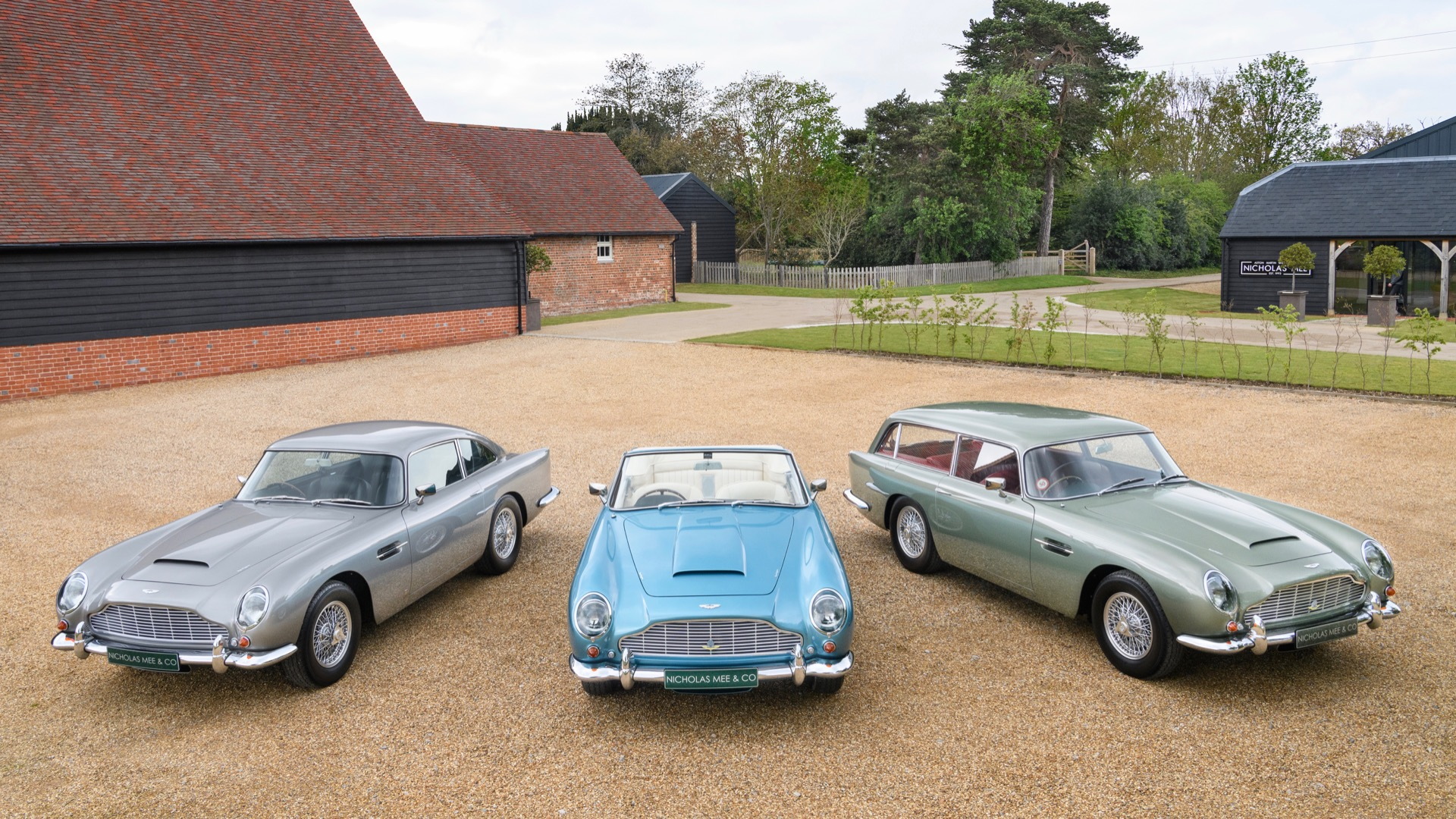 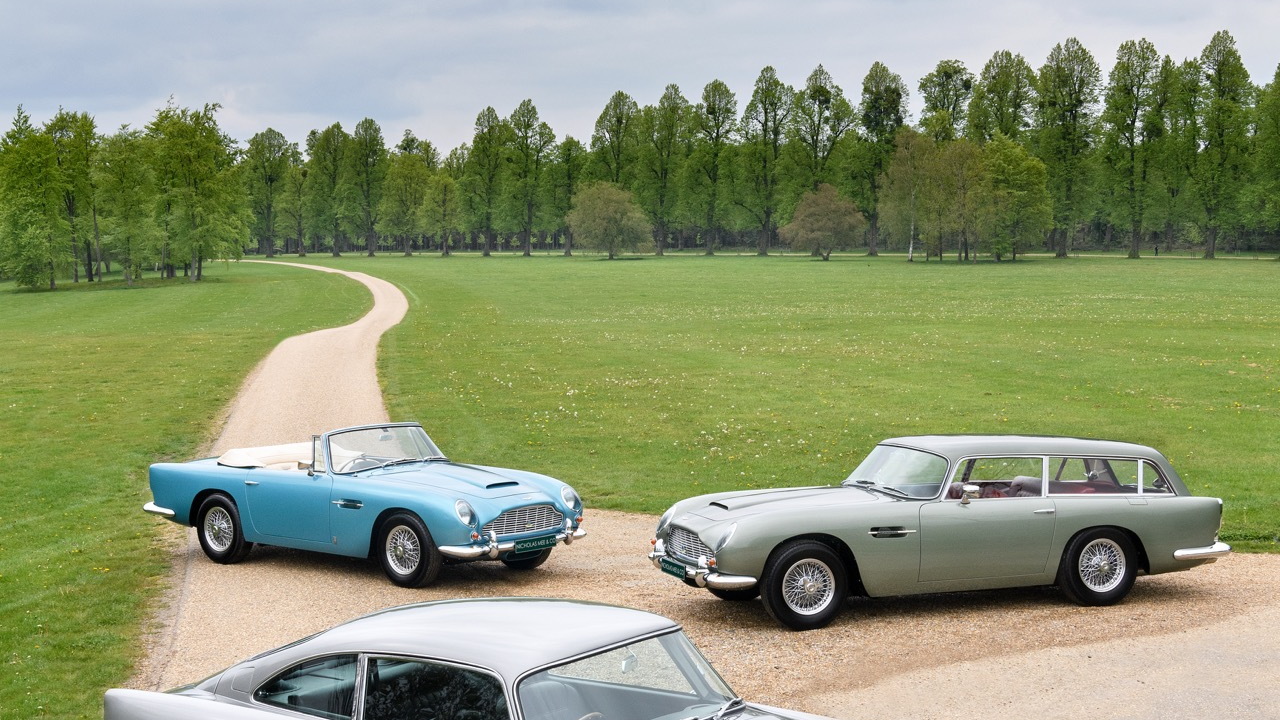 The Aston Martin DB5 is best known in James Bond-spec coupe form, but Aston also made convertible and shooting brake versions. Specialist dealer Nicholas Mee & Co. is now offering one of each body style as a set, with an asking price of 4 million British pounds (approximately $5.6 million).

All three cars are the high-performance DB5 Vantage model. Of the 1,021 DB5s built between July 1963 and September 1965, just 66 were Vantages, the seller noted in a press release. That included 60 coupes, five convertibles, and just one shooting brake.

In Vantage models, output from the DB5's 4.0-liter inline-6 was increased by 40 hp, to a new total of 322 hp. That allowed for 0-60 mph acceleration in 6.5 seconds, according to the seller, which isn't very quick by today's standards, but was pretty impressive in the mid-1960s.

This package deal includes the sole DB5 Vantage shooting brake. The idea supposedly came from Aston Martin chairman David Brown (the "DB" in "DB5"), who wanted a car that could accommodate his hunting dog and polo equipment, according to the seller. This car (with bodywork from London-based coachbuilder Harold Radford & Sons) went to a dealership before being sold to its first owner.

While the price for this trio is steep, it's worth noting that a single James Bond DB5 (built as a promo car for "Thunderball") sold for $6.3 million at auction in 2019. Aston is also building 25 new "Goldfinger" continuation cars, complete with gadgets, and priced at over $3 million each.