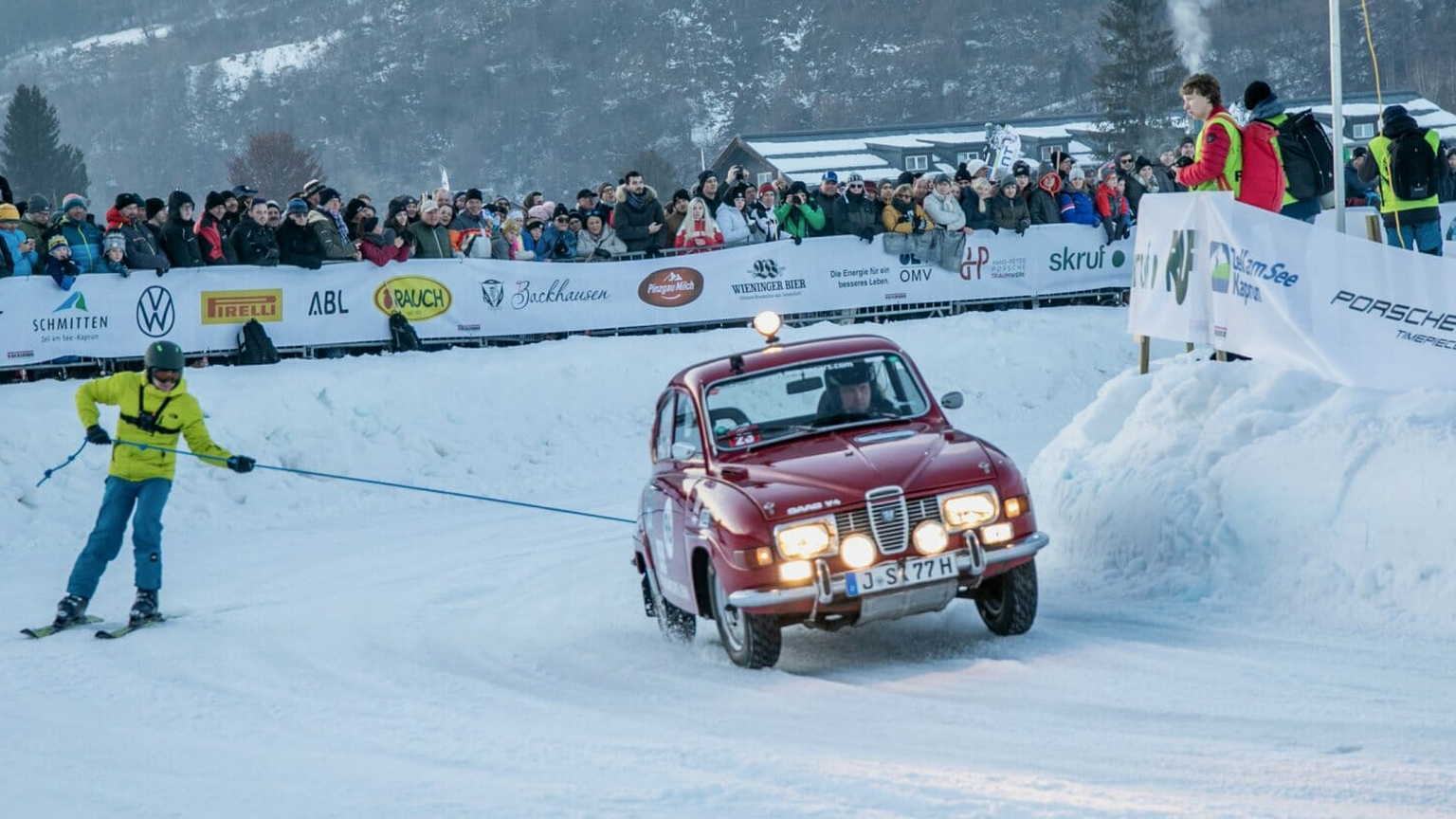 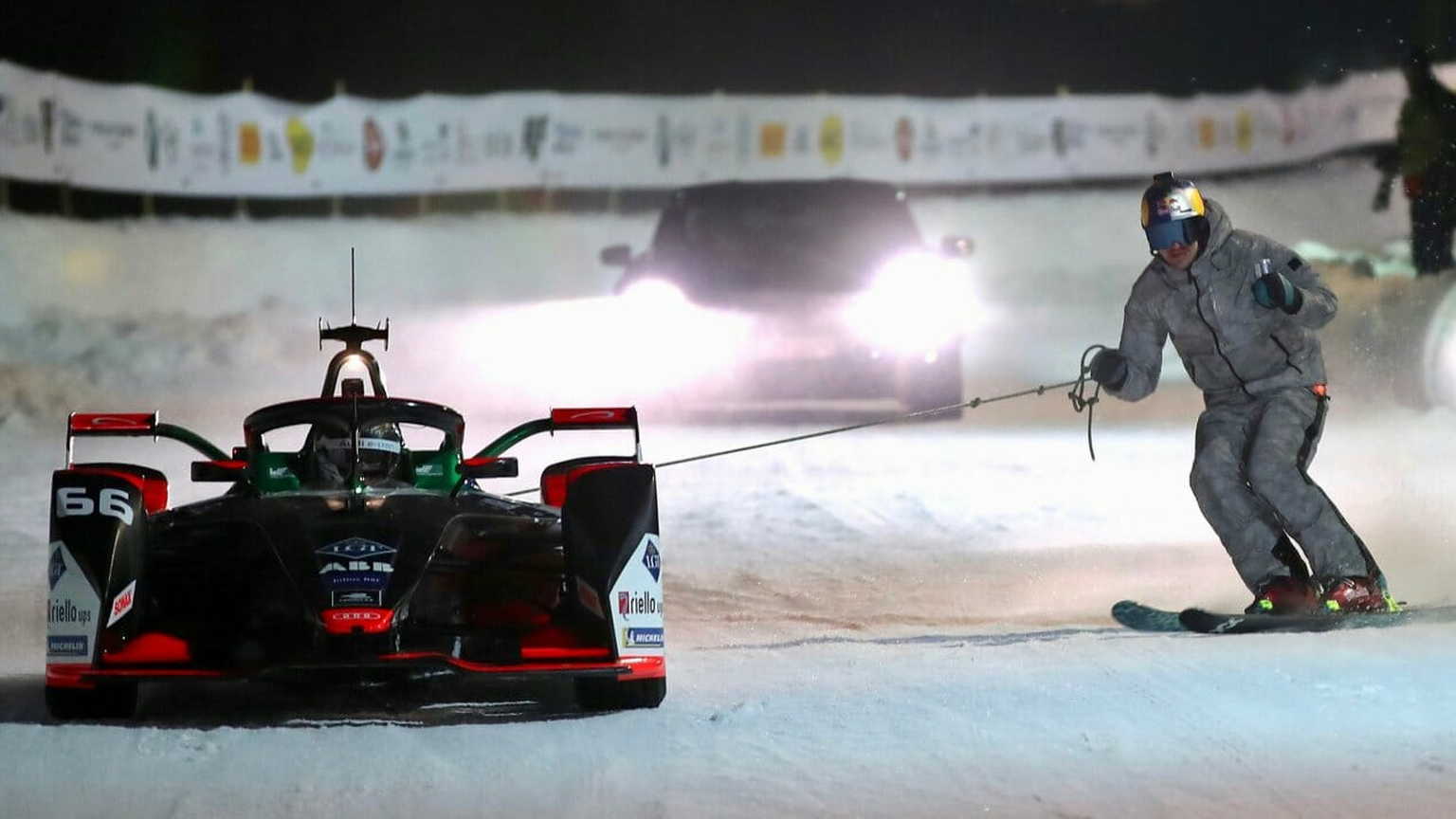 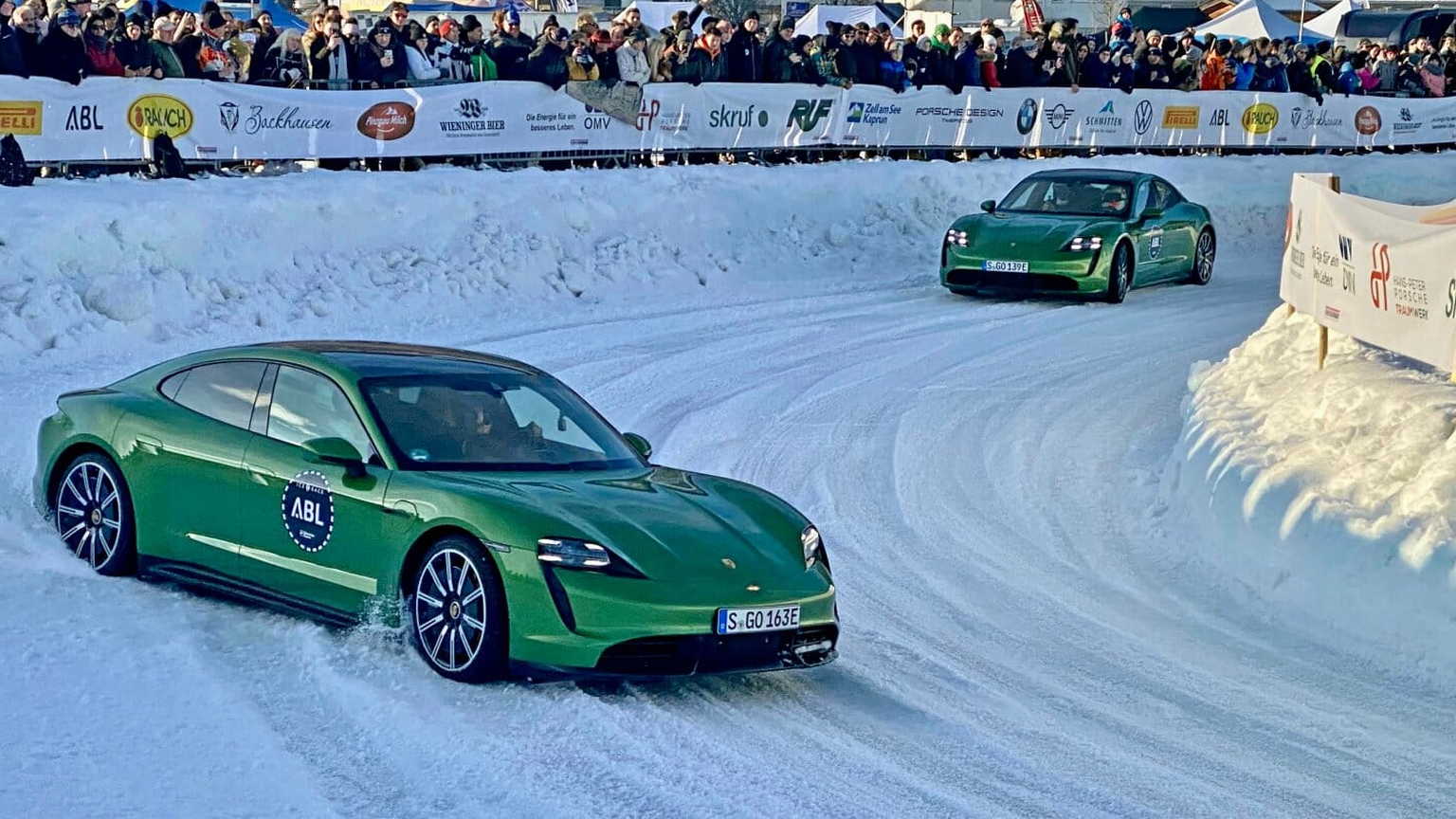 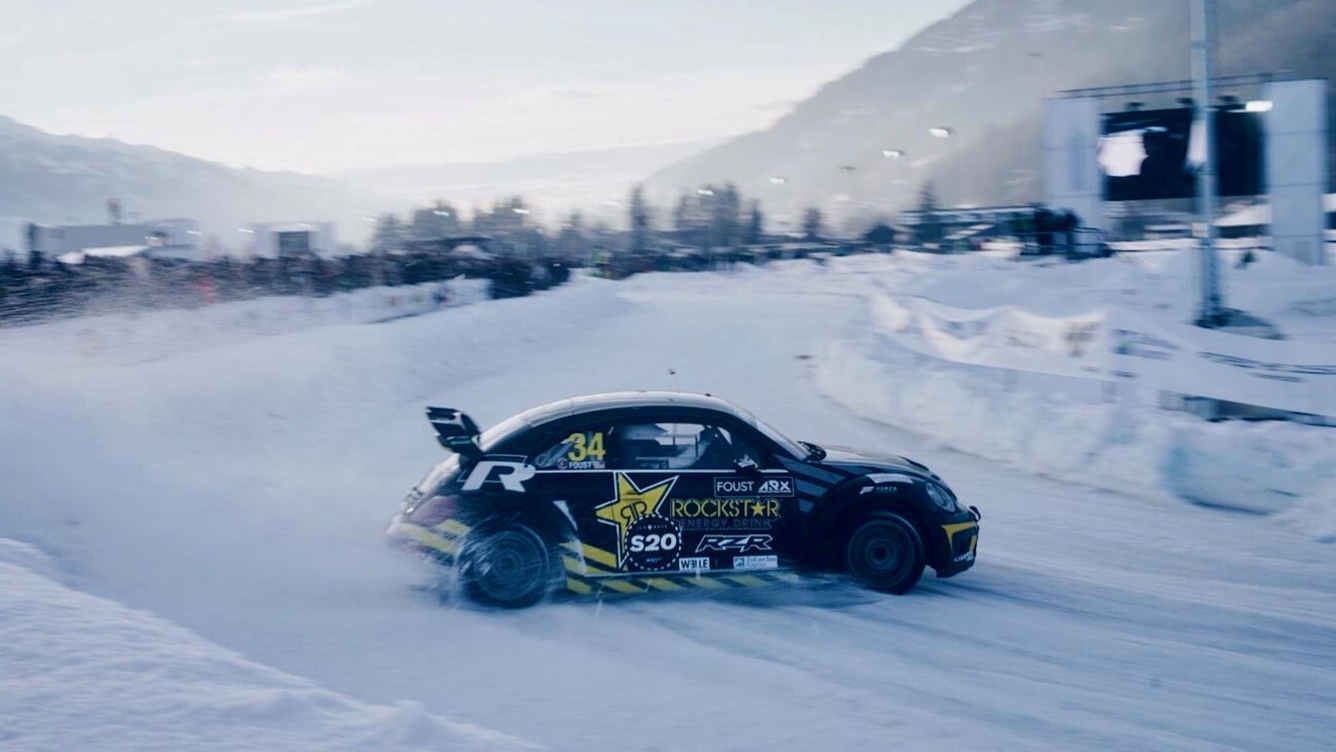 A record of nearly 16,000 people turned out this past weekend in Zell am See an Kaprun, Austria, for the second GP Ice Race weekend, presented as “Woodstock on Ice” and promoted by Porsche scion Ferdinand Porsche and his Greger Porsche Classic Cars dealership partner, Vinzenz Greger.

While featuring an assortment of vintage racing cars on snow- and ice-covered tracks, one of the highlights is the sport of skijoring, in which a skier is pulled along, once upon a time by a horse but now by automobiles.

Another skiing star Frank Woerndl, did runs trailing behind a 1955 DKW F91 while using skis nearly as old as the car. Norwegian skier Aksel Lund Svindal also did some runs behind the Porsche 911 Carrera 4×4 (953) that won the Dakar Rally.

Buggy-style vehicle makes a run on the snow-covered track

Another highlight of the weekend was rallycross star Tanner Foust drifting in a Volkswagen Beetle R. Stig Blomqvist, the 1984 World Rally Champion, drove the iconic Audi Sport quattro S1, and Le Mans winner Benoit Treluyer was among those driving an Audi RS5 DTM.