Ferrari's Kimi Räikkönen returned to the top podium spot Sunday by winning the 2018 Formula 1 United States Grand Prix held at the Circuit of the Americas in Austin, Texas.

It was Räikkönen's first victory since the 2013 Australian Grand Prix, and also means he's broken Michael Schumacher’s record for the longest gap between the first win of a career and the last. There are 15 years and 212 days since the Finn secured his first win, in a McLaren at the 2003 Malaysian Grand Prix.

After two days of cold and rain, the sun finally shone in Austin at the start of Sunday's race. Hamilton was on pole with Räikkönen next to him. As the lights went out, the Ferrari driver was in brilliant form, getting the better of the Mercedes man to take the lead.

Behind them, Ferrari's Sebastian Vettel and Red Bull's Daniel Ricciardo were battling for fourth. The Ferrari and the Red Bull collided at turn 13 and, on the inside, Vettel spun round, but kept going, although it meant he had to start yet another climb up the order from 15th place. Ricciardo was able to maintain his spot but was later forced to retire due to yet more power unit troubles. 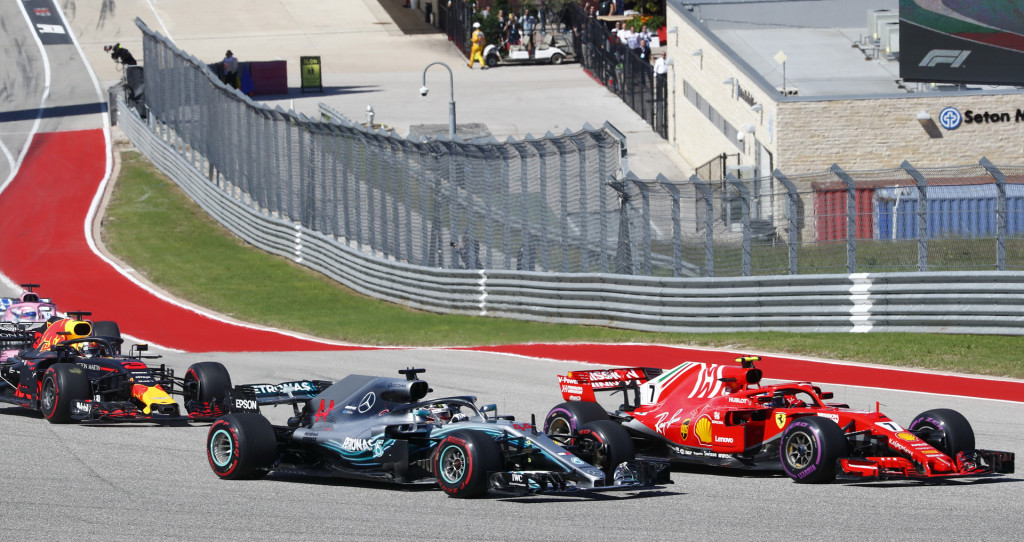 Toward the end of the race, a battle ensued for the top three places, with Vettel closing in on Mercedes' other driver Valtteri Bottas in fifth and fourth, respectively In the final few miles, as Verstappen fought Hamilton for second, Vettel was duelling hard with Bottas who overshot a turn and saw Vettel drive past.

There were other dramas, with Lance Stroll driving his Williams into the rear of Fernando Alonso's McLaren on lap one. The race was over for Alonso at that point while Stroll was handed a a drive-through penalty.

The race also ended early for Haas' Romain Grosjean and Alfa Romeo Sauber's Charles Leclerc. Grosjean came into contact with Leclerc at the hairpin. Both retired shortly after, with Grosjean subsequently being handed a three-place grid penalty for the next round.

Hamilton's tally in the 2018 Drivers' Championship now rises to 346 points. Vettel is second with 276 points and Räikkönen is third with 221 points. Hamilton needs to beat Vettel by just five points at the next round to secure the title. In the Constructors' Championship, Mercedes leads with 563 points versus the 497 of Ferrari and 337 of Red Bull. The next round is the Mexican Grand Prix on this weekend.

Hit the next page for the full results of the 2018 Formula 1 United States Grand Prix. 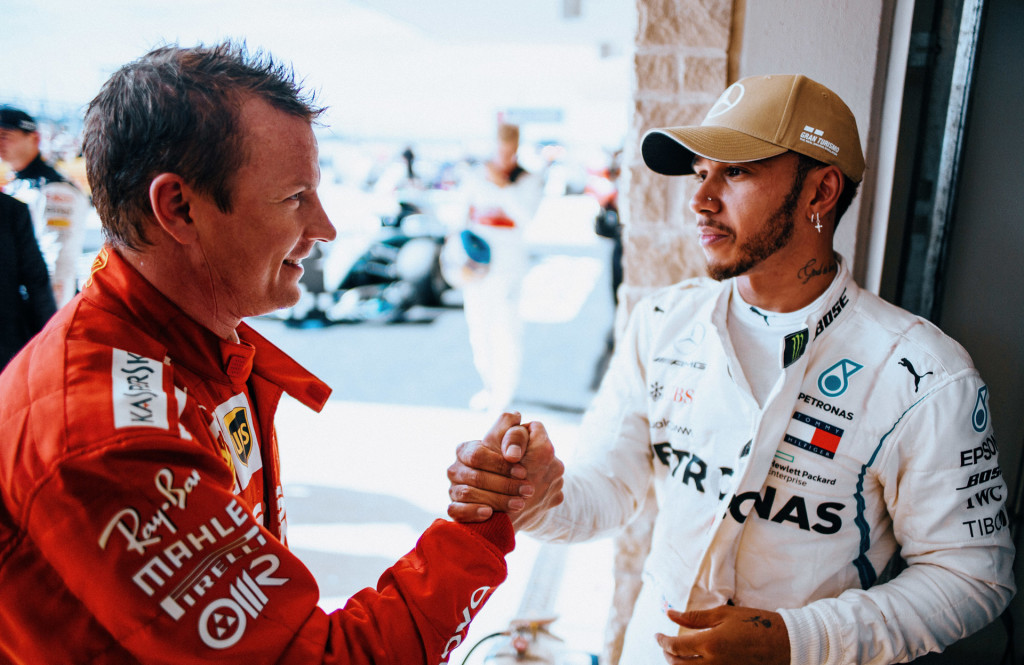 Below are the full results of the 2018 Formula 1 United States Grand Prix: