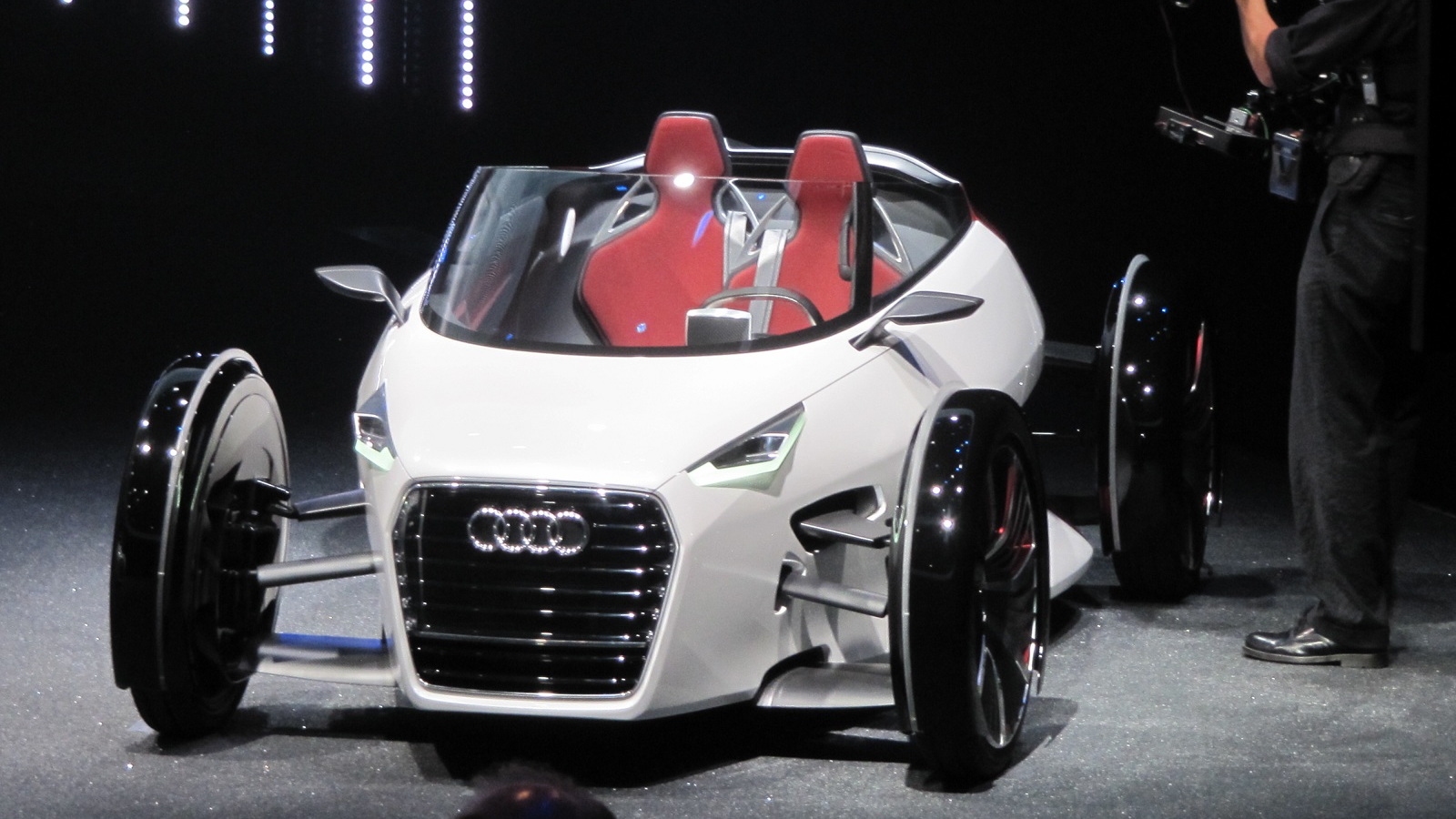 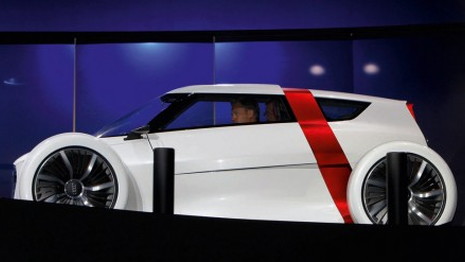 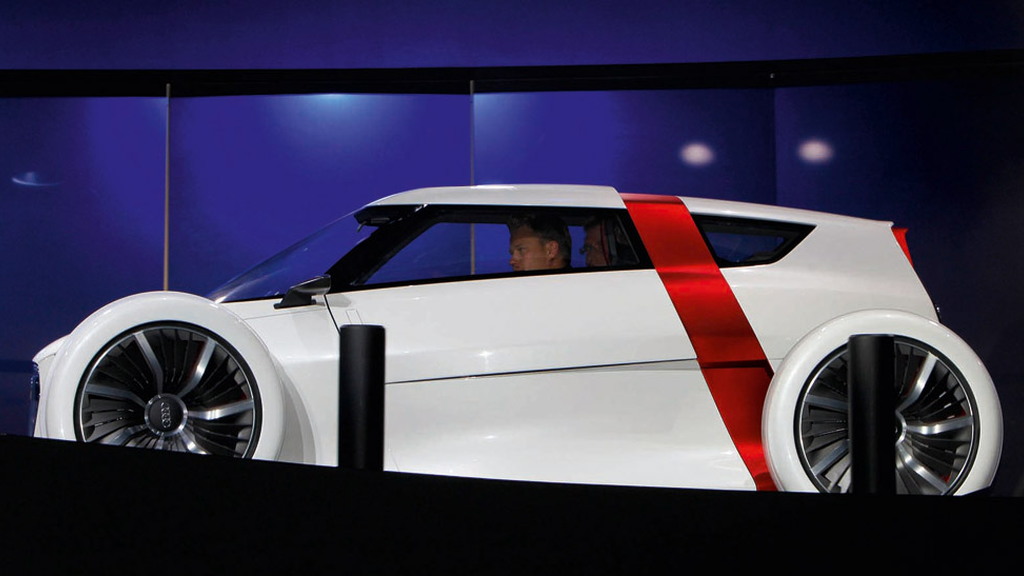 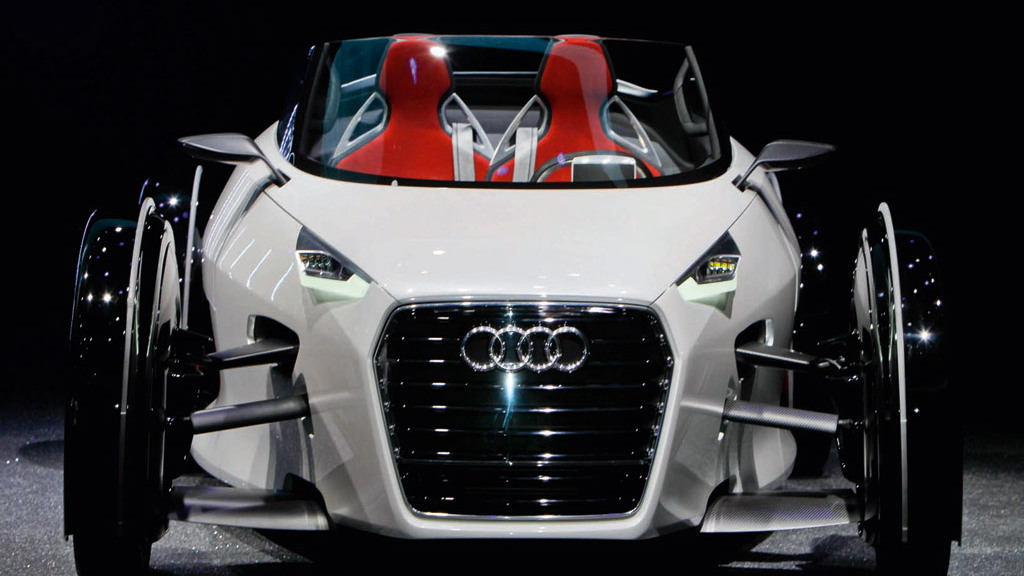 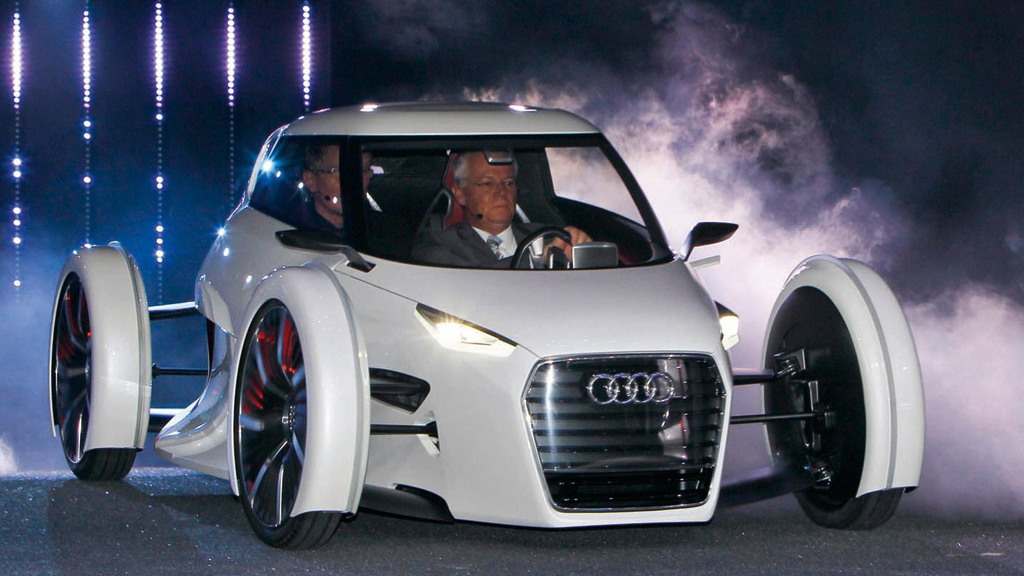 21
photos
The Audi Urban Concept is one of those vehicles that just screams, "Never moving past the auto show floor!". Between its freestanding wheels, retractable-cabin entry and staggered two-person seating, the last place we'd expect to see it is at the dealership or on the street.

Audi also called it a "technology study" in its initial press release, leading us to believe it was nothing more than a fancy show car with flashy construction.

But, if we're to believe a report by CAR, Audi is actually quite close to green-lighting the Urban Concept for limited production run of around 1,000 units. The car could hit the market as early as 2013.

As shown at the 2011 Frankfurt Auto Show, the tiny Urban Concept weighed just 1,058 pounds thanks to its tiny size and carbon fiber-reinforced polymer body. The concept featured two electric motors worth a mere 20 horsepower, but according to CAR existing prototype versions put out about double that.

In case you didn't get the message from the car's pint-size build, this one would be aimed squarely at city centers. It has a maximum speed of 62 mph (horrifying to think about on a freeway) and travels just upwards of 30 miles on a charge. The 7.1 kWh lithium-ion battery charges in about an hour or two from a 240-volt source.

Audi is currently tinkering with the powertrain and equipment, so those numbers could very well change in production--if that ever eventuates.

Audi reportedly plans to put a price of around 10,000 euros (approximately $14,000) on each of the models it builds, and no, we don't see this one making it over to U.S. shores anytime soon.