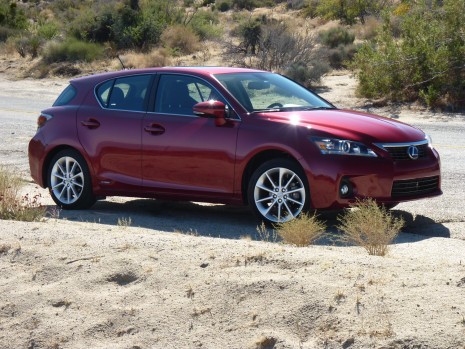 Toyota has resumed production of the Lexus CT 200h and HS 250h hybrids following a shutdown after the massive earthquake and subsequent tsunami that rocked the northern part of the country.

At issue is the battery supply. The batteries for the vehicles -- as well as the ever-popular Prius -- are manufactured at three different facilities in Japan. Two are in central Japan and were unaffected by the earthquake and flooding. However, the third plant was affected, disrupting the supply of batteries for the hybrids. Production resumed at the Kyushu assembly plant where the two Lexus models are made after more than two weeks of a work stoppage. Toyota says that dealer supplies of the vehicles are fine at the moment, and it will advise of further delays or developments as they become available.

I think it's important to note that even in a country as rich and advanced as Japan, the amount of devastation and loss from the earthquake and its aftermath is severe and will likely last for years. If you want to donate and haven't yet, please visit the Red Cross website.