Getting your hands on a Porsche Carrera GT is hard enough considering only around 1,200 cars were ever built and only half of these were sold in the U.S. So imagine how rare it would be to come across a celebrity-owned example of one of these rare beauties.

Well, believe it or not, comedian and actor Jerry Seinfeld’s black 2004 Porsche Carrera GT is currently up for sale and the vendor has the car’s certificate of title to prove it.

Seinfeld is a well-known Porsche aficionado so it’s very strange to even see this car up for sale. It only has 3,176 miles on the clock and appears to be in meticulous condition. 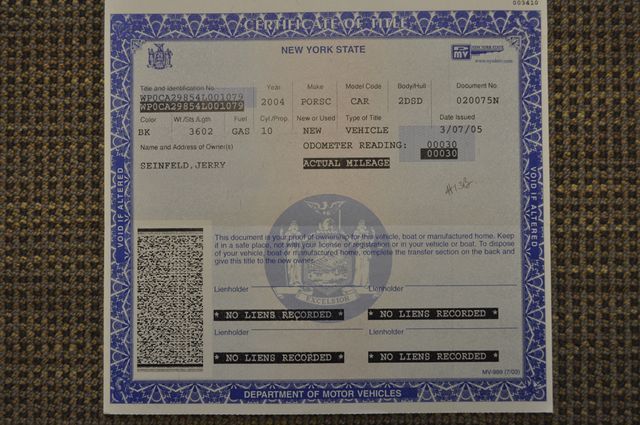 Interestingly, the Porsche Carrera GT has been quite popular among celebrities, with fellow comedian Jay Leno happening to own one, as well as fashion designer Ralph Lauren and Golf pro Tiger Woods.

For the uninitiated, the car is powered by a 5.7-liter V-10 churning out 612 horsepower and sending drive to the rear wheels via a 6-speed manual.

Porsche went to such great lengths when designing the car that its engineers even installed a balsa wood gear knob to help shed some weight.