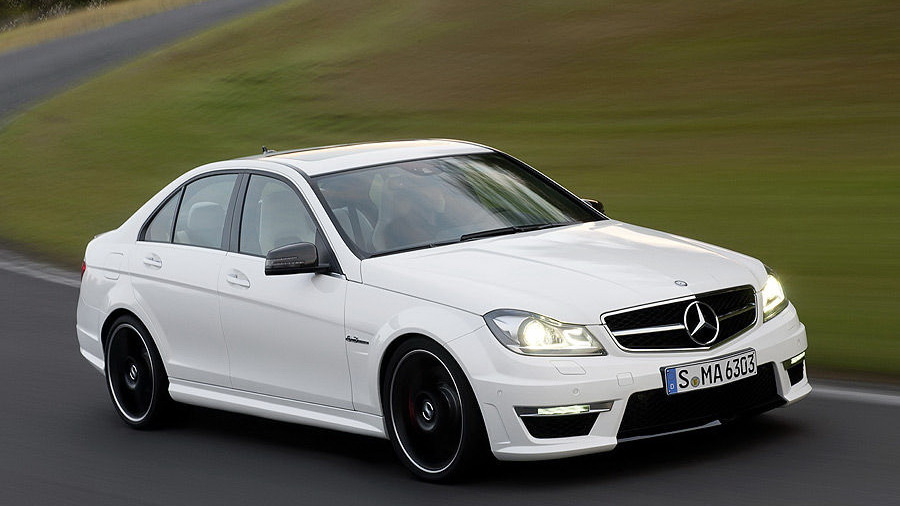 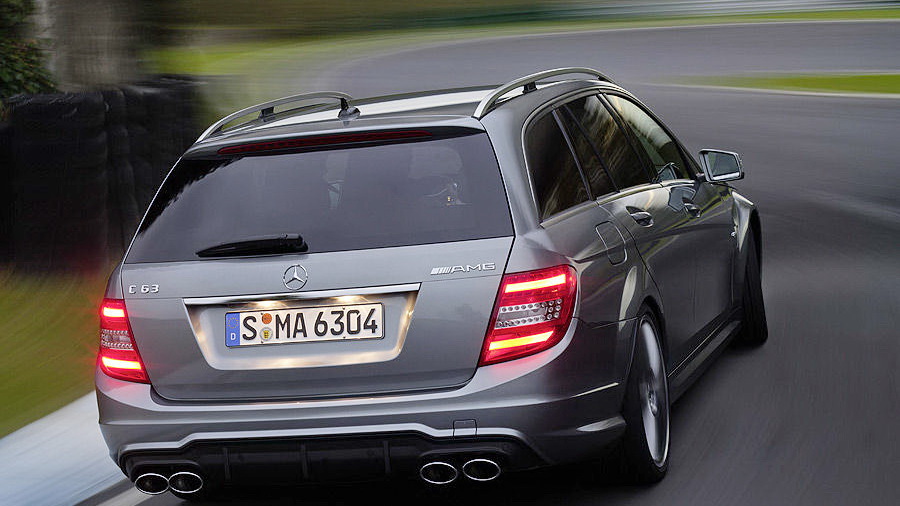 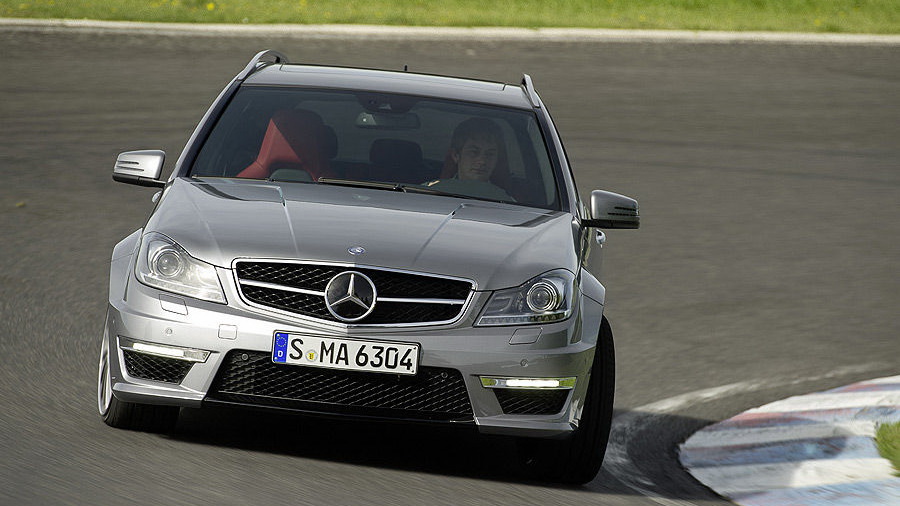 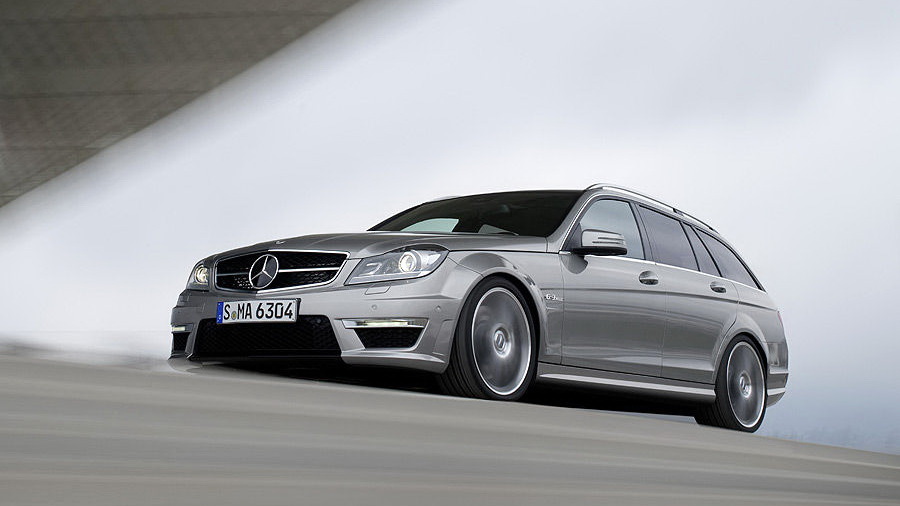 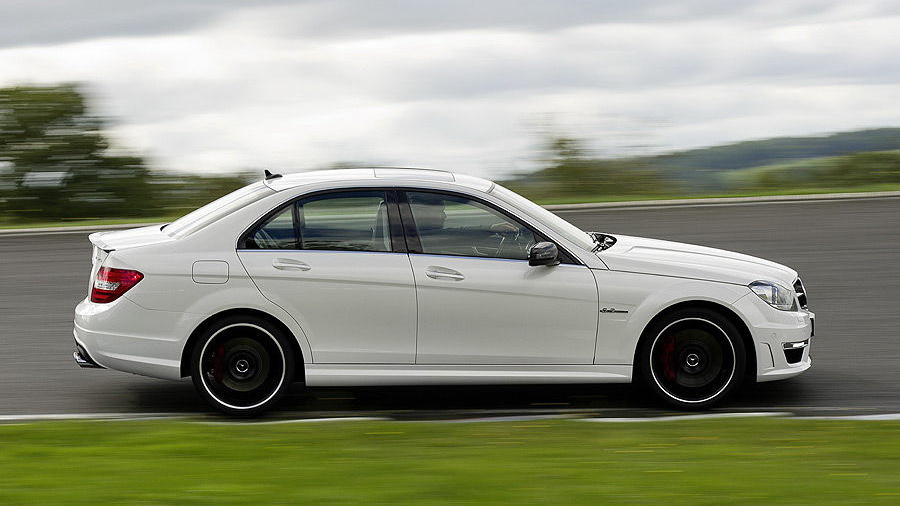 The Mercedes-Benz C-Class got a facelift for the 2012 model year, but now we're seeing what those changes mean for the high-horsepower AMG version. These images leaked onto the web, and Car and Driver is saying that they're not "product correct," meaning that the final version of the car will look slightly different.

No matter, it's still plenty to go on. Not surprisingly, the AMG version sports similar styling tweaks as the less enthusiastic models. The headlights, hood, front fenders, grille and bumper have all been revised, giving the car a cleaner and more modern look. Under the new aluminum hood is the same naturally aspirated 6.2-liter V-8 engine, with output of 451 horsepower and 443 lb-ft of torque; a Development Package ups horsepower to 481, and removes the 155-mph speed limiter, allowing the C63 AMG to top out at 174 mph.

What's particularly newsworthy is the new transmission. The new C63 AMG will use the new seven-speed Speedshift MCT automatic. Instead of a torque converter, the new automatic uses a clutch pack, which AMG says makes for quicker and smoother shifts.

Personally, I'm a little torn on the engine choice. On one hand, the new twin-turbo V-8 that's in the CLS63 AMG puts out more power, which is rarely a bad thing. However, the big 6.2-liter V-8 has one of the most glorious engine sounds I've ever heard. Besides, it's not like the current car is slow or anything.

Official pics will be available as the Geneva show approaches in the beginning of March.