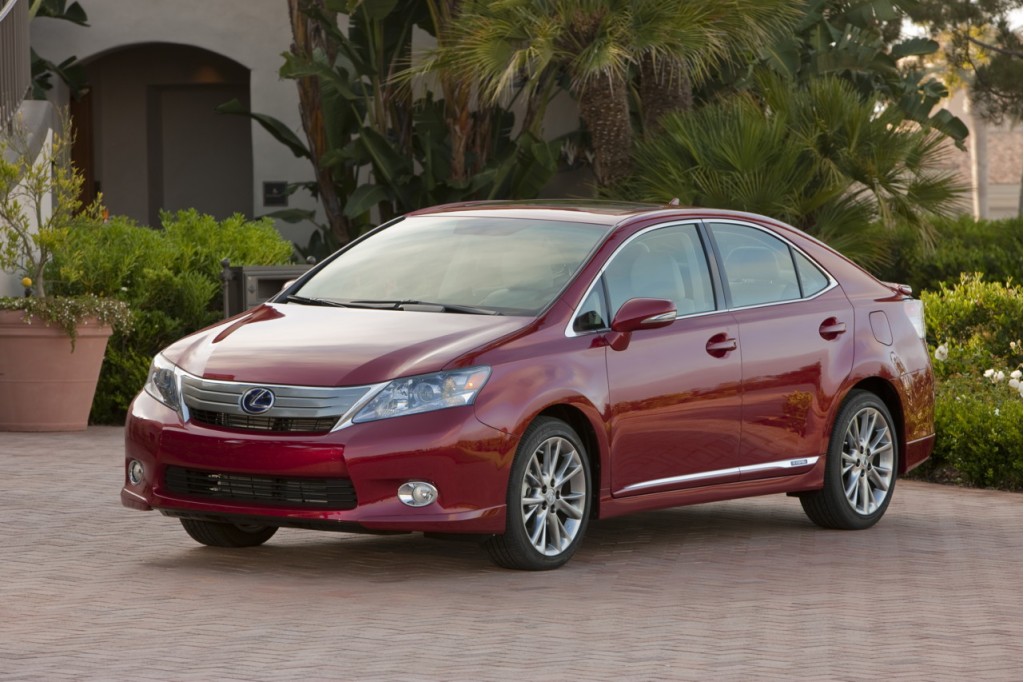 Toyota was one of the companies that pioneered the hybrid niche, so perhaps it wasn't surprising last January when the company unveiled the Lexus HS 250h  Hybrid at the North American International Auto Show in Detroit. Although the HS isn't the first Lexus hybrid, it is the first "dedicated" hybrid in the lineup of Toyota's luxury arm. We recently had the chance to take one for a spin, and we came away with a few distinct impressions.

The HS 250h bears a bit of resemblance to Toyota's Prius hybrid, and indeed, in terms of overall quality, the HS feels like a more upscale version of the Prius. Unfortunately, it does not feel like a Lexus--the quality of materials feels a bit cheap compared to other cars and trucks in the Lexus fleet.

We didn't have a chance to measure fuel economy, but we did get a sense of the car's on-the-road dynamics. Acceleration is adequate if not exciting, thanks to the 2.4-liter 4-cylinder engine/electric motor combo that makes 187 horsepower. On the other hand, the brakes are disappointingly soft.

Another item of note is the trunk, which is just average in size--it seems like it should be a bit bigger on a car that's shaped the way the HS is.

Perhaps the reason that the HS doesn't feel like a Lexus is that it's priced more like a Toyota. The price of entry is $34,200 for a base model, and that gets you a car that is rated at 35 mpg city and 34 mpg highway with the continuously-variable automatic transmission (CVT).

The HS may not feel like a Lexus, but it does feel like a hybrid, and for some buyers, that may just be enough.