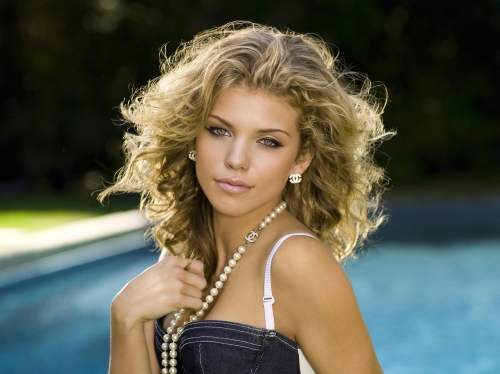 Full disclosure: we're not big fans of AnnaLynne McCord. In our not-so-humble opinions, she's a little too hungry for both food and attention. Also: the new 90210 is total crap. Not like the 90s version was Merchant Ivory material, but c'mon: would you remake Mork & Mindy? Exactly.

That said, we give Ms. McCord props for keeping it real in a MINI John Cooper Works convertible. As one of Hollywood's C-list semi-starlets, she could be doing the whole rough-and-tumble/Mercedes-Benz G-Wagen thing, or the save-the-whales/Toyota Prius thing, or, if her agent's good enough, the nine-miles-per-gallon/Bentley Continental GTC thing. But no, AnnaLynne has kept her long, long legs planted right here on Planet Earth, opting instead to motor around Los Angeles in a car made for normal (though sporty) human beings. Word.

We should point out, however, that our respect for her ride doesn't extend to her leggings-cum-pants, much less the annoying trend of wearing useless scarves, which should have died out three years ago. But, you know, nice car!