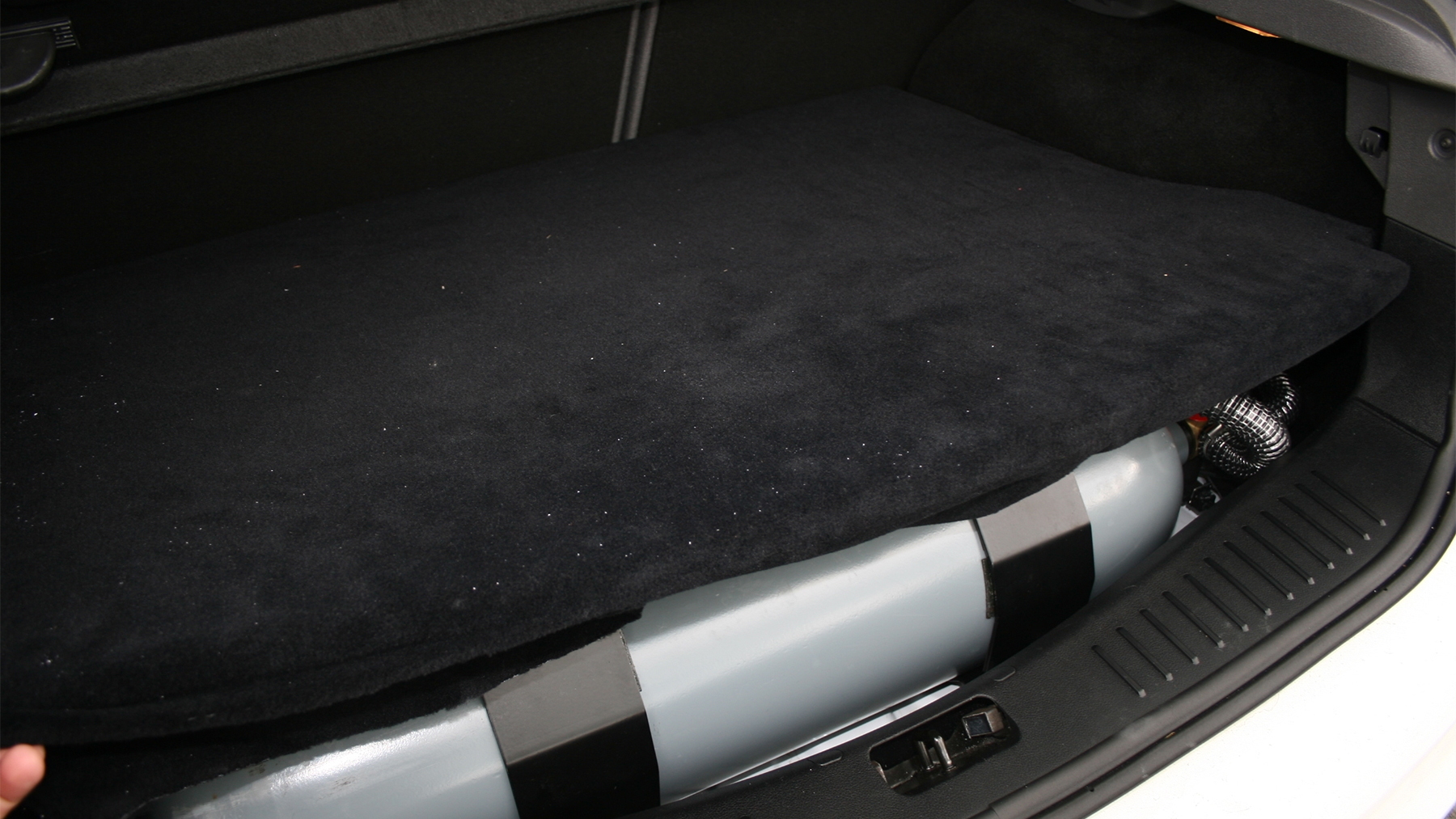 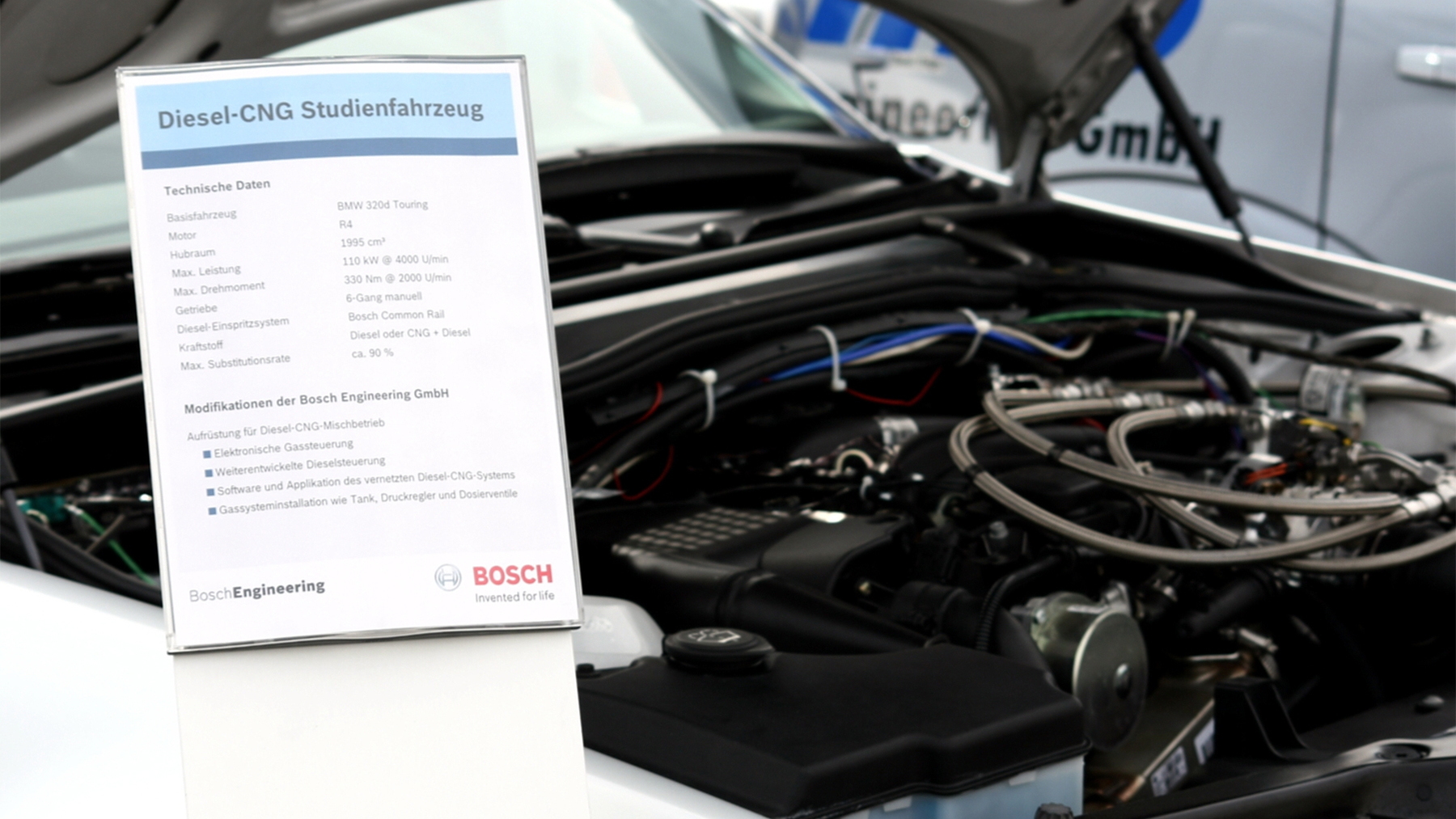 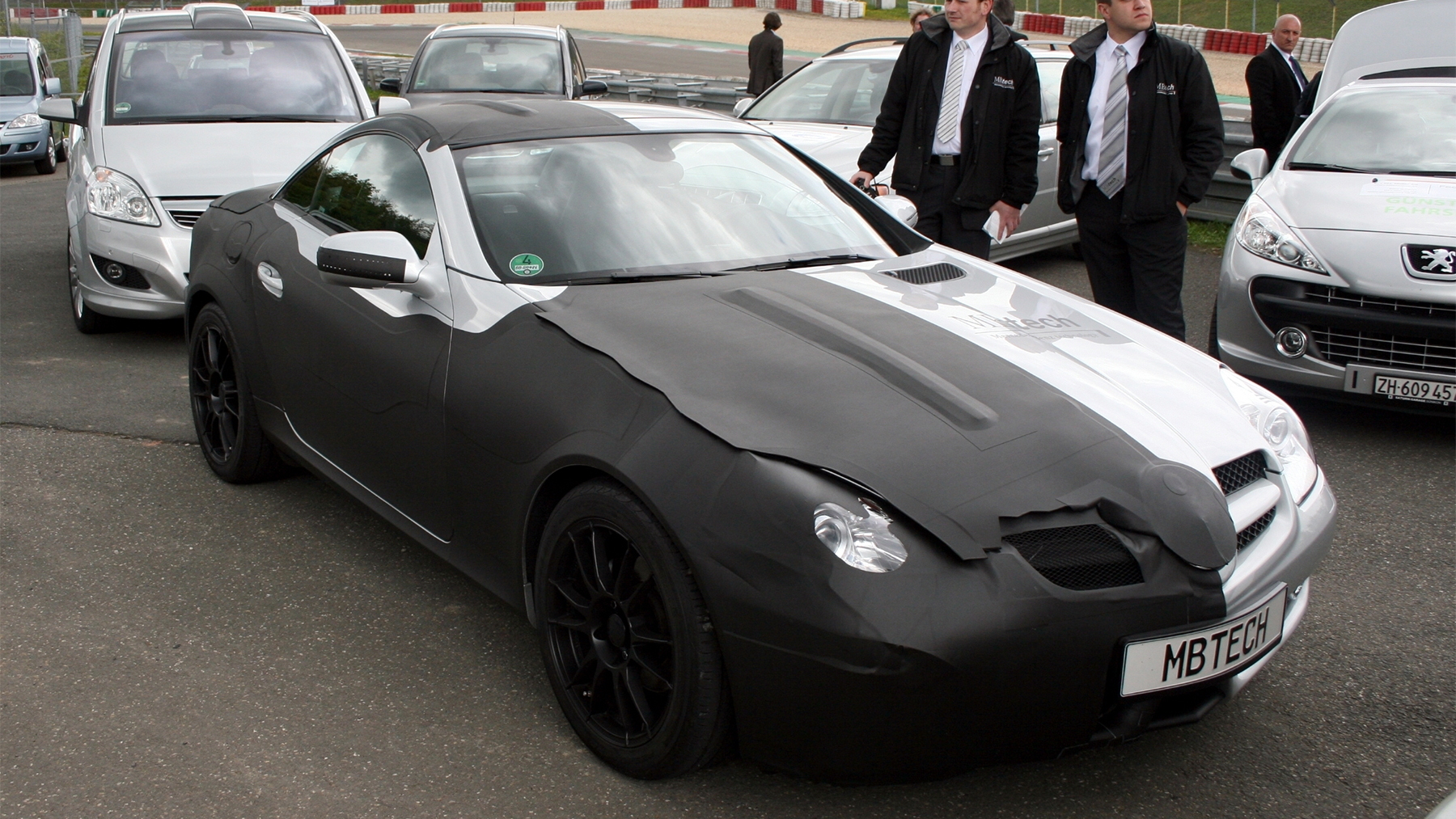 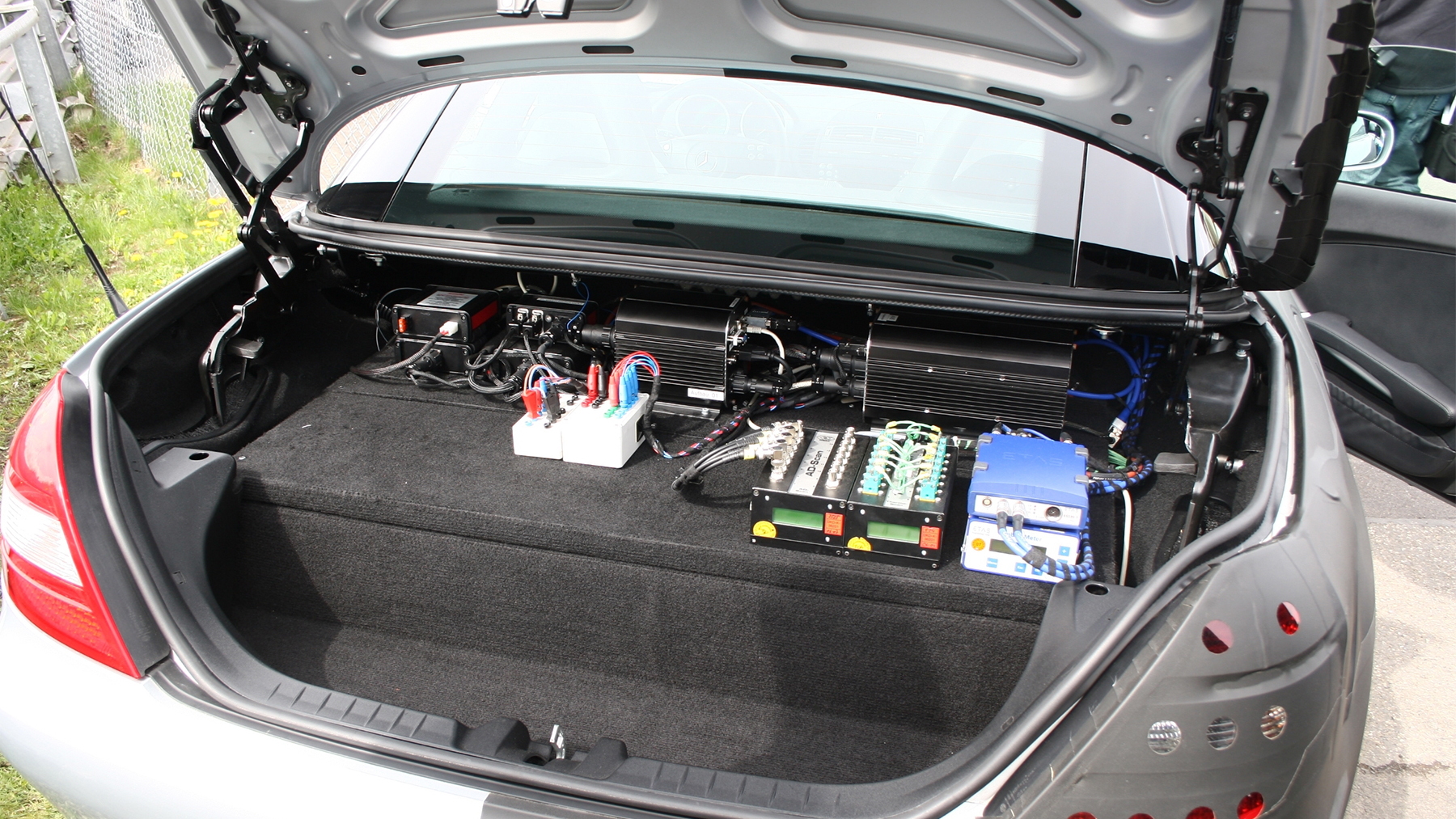 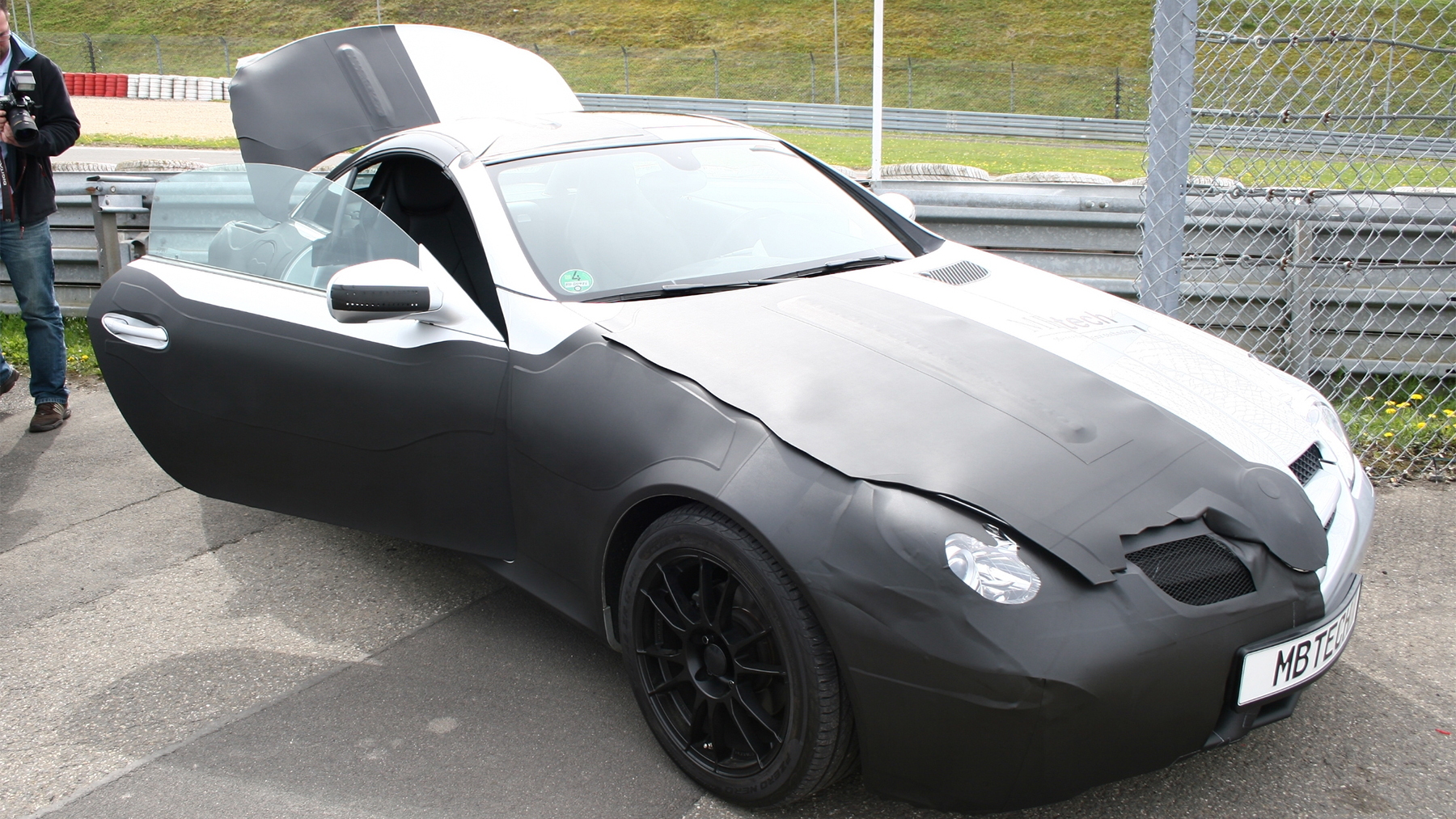 6
photos
In an attempt to show off the potential of Compressed Natural Gas (CNG) cars, MBTech, an engineering group with close ties to Mercedes Benz, has run a series of tests at Germany’s Nurburgring using a SLK powered by the alternative fuel. The aim was to show that reduced CO2 emissions don’t have to mean lower performance.

MBTech also used the cramped trunk of the SLK, which still has to store the car’s folding roof, to showcase its new compact gas cylinder design. Other new technologies featured on the CNG SLK concept included new fuel-injection and exhaust system.

While this is nothing to get excited about, it requires only 5.6kg of CNG per 100km and emits less than 150g of CO2 per km, which is still impressive for the amount of performance delivered.

The key to the design of MBTech’s new CNG system is a fifth injector, which is used to enhance the traditional four injection valves. However, this does not inject the gas selectively into the cylinders but rather into the central air intake. This enables the delivery of the quantities of gas required for the high cylinder performance even in the event of strongly fluctuating gas quality.

MBTech is yet to reveal if any major carmakers are planning CNG versions of their top sports cars but given the need for more fuel-efficient models in most markets we could see some of the technologies demonstrated in the CNG SLK Concept make their way to production in the near future.