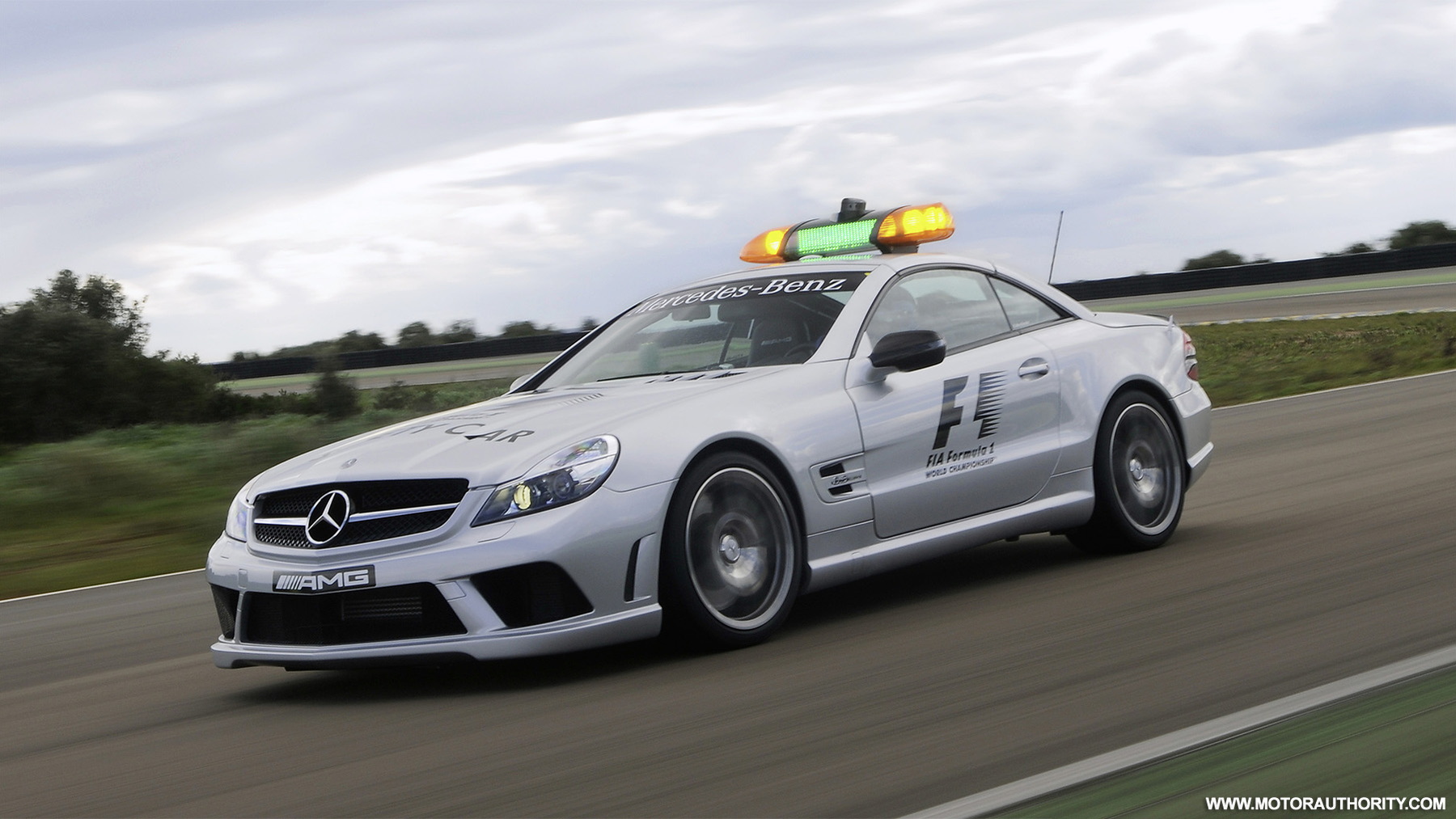 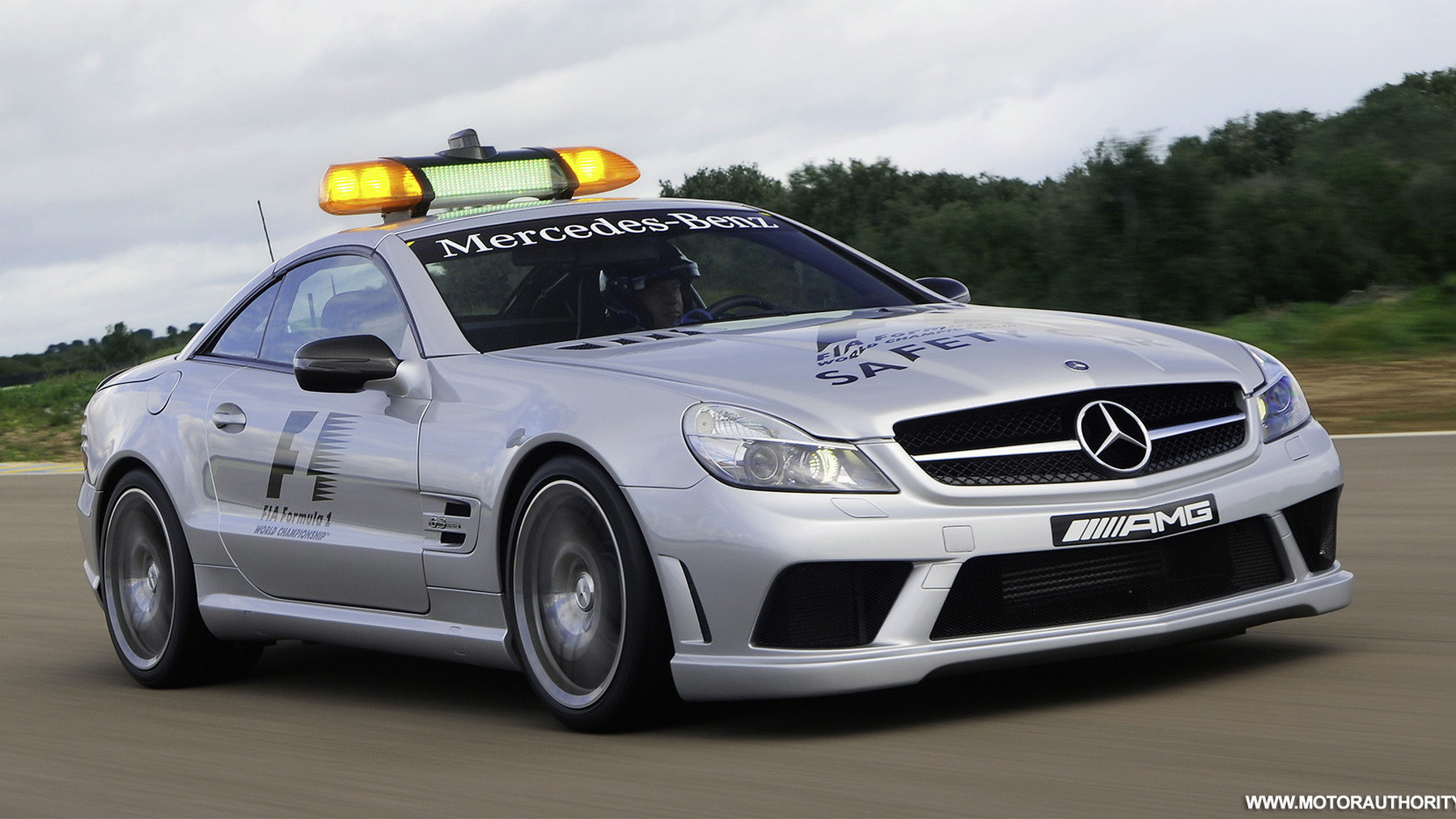 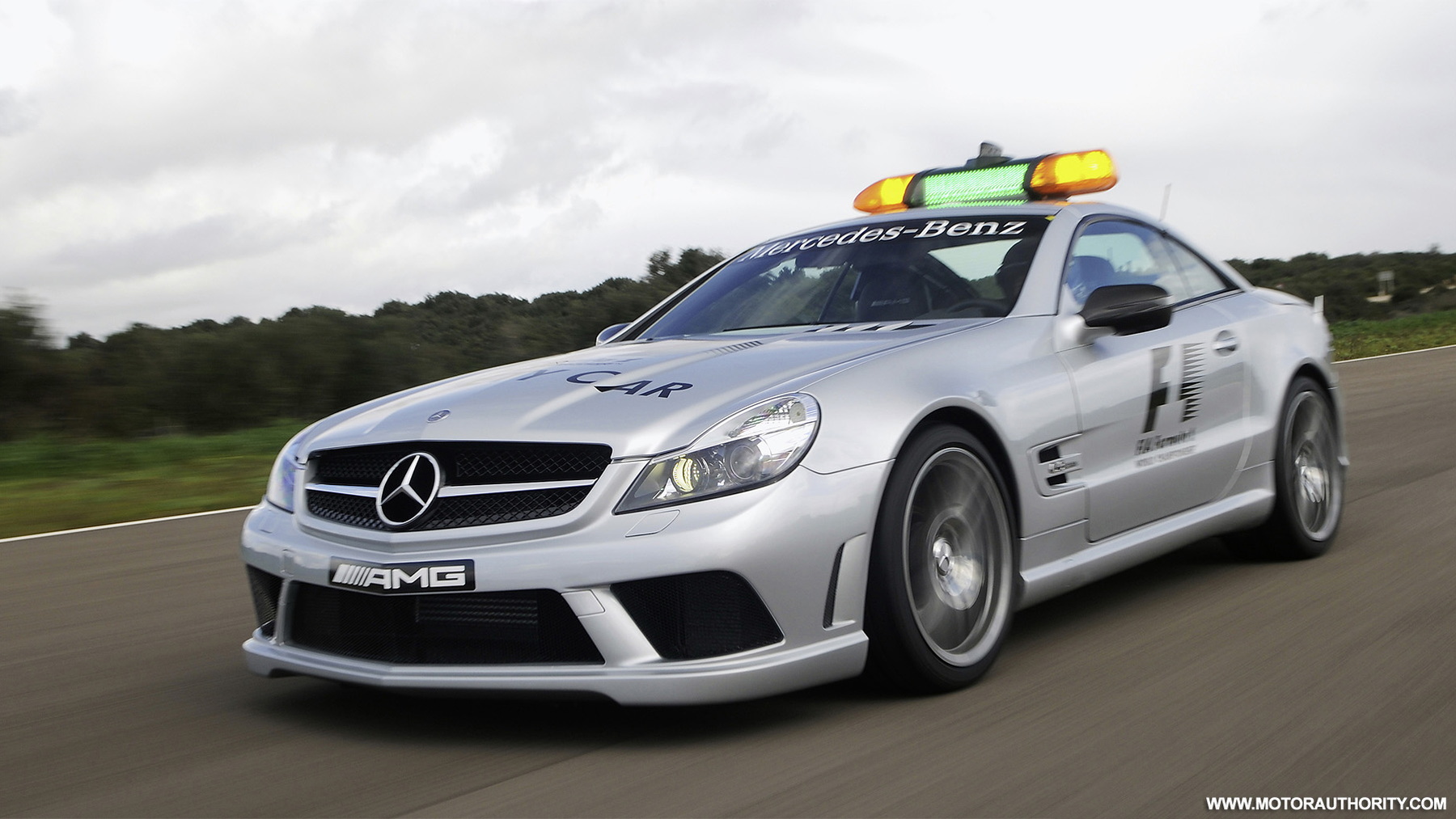 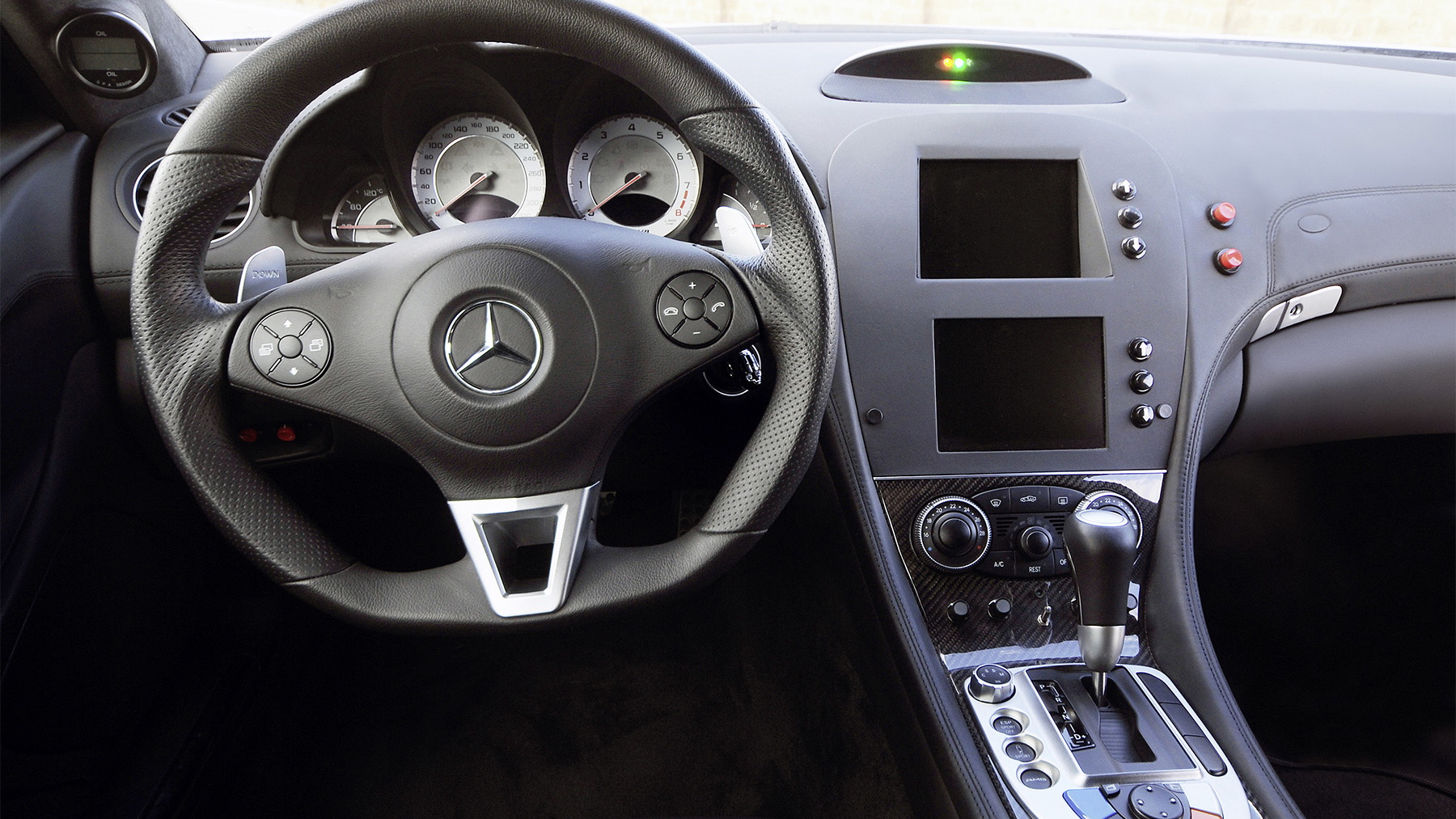 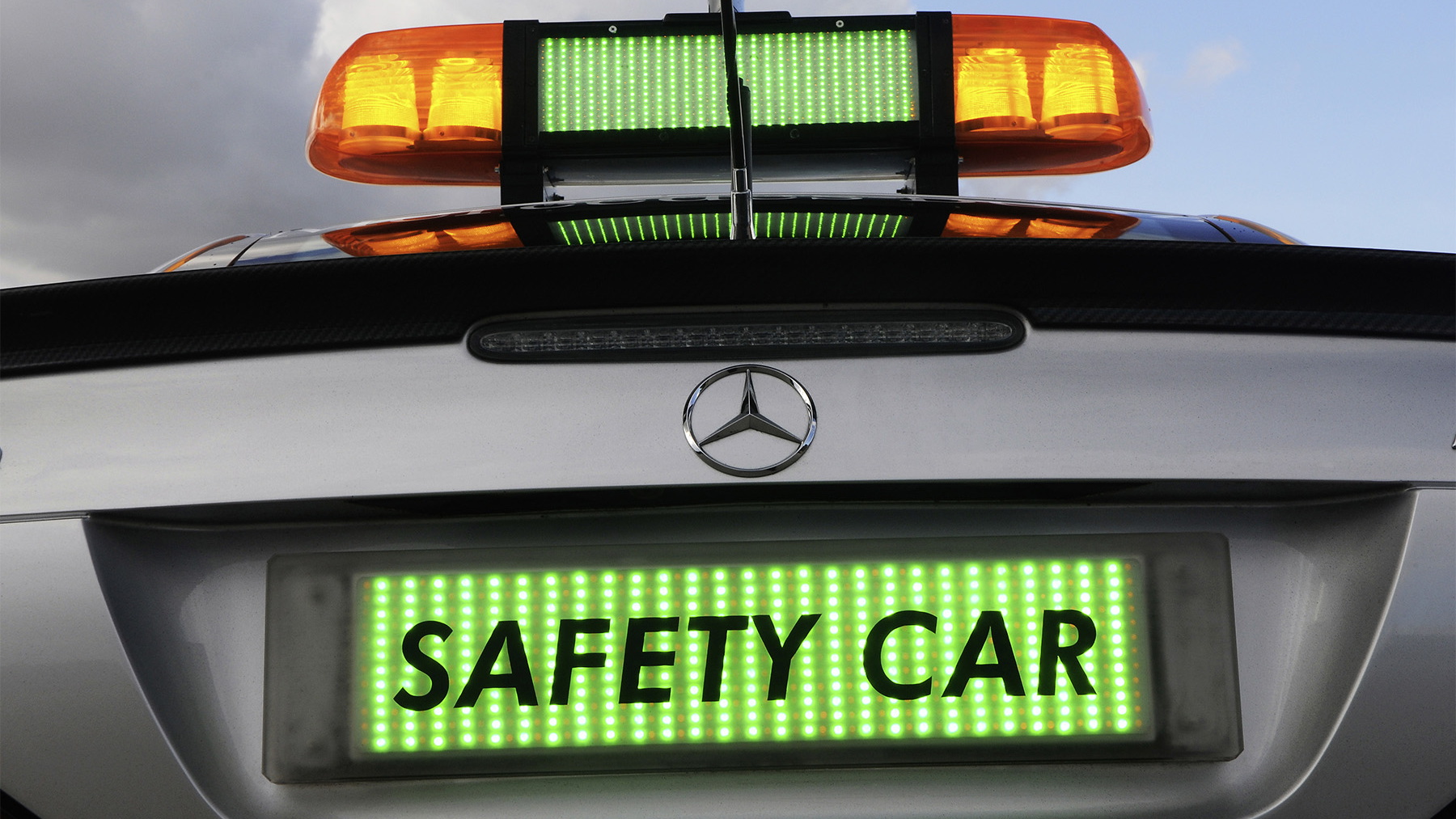 18
photos
With another season of F1 kicking off this weekend at the Australian GP in Melbourne, Mercedes Benz has confirmed that its two high-performance AMG safety cars from last year’s season will return to keep things order for ’09. The SL63 AMG will be staring once again as the Official F1 Safety Car, while the C63 AMG Estate will fill in the role of Official F1 Medical Car.

The two specially prepared AMG models will be used for all 17 races this year and have already seen track time during today’s practice session. The differences between the official cars and regular showroom models – apart from the obvious hazard lights and logos – include a stripped-out interior, racing bucket seats, a thoroughly refined chassis, and a newly developed exhaust system with larger pipe diameters for reduced back pressure.

The AMGSpeedShift MCT seven-speed automatic transmission also gets a few tweaks, allowing it to change gears in just 100 milliseconds. Otherwise, the hand-built AMG V8 engines remain unchanged, with the SL63 version developing a peak output of 525hp (386kW) and the C63 engine peaking at 457hp (336kW).

While the engines remain largely stock, AMG engineers have gone over the chassis systems of both cars, installing a new three-stage stability system and differential lock, an adjustable coil-over suspension set-up, and ventilated and perforated carbon-ceramic brakes. A series of weight saving modifications also see up to 220kg shed from the SL63 and 112kg from the C63.

Behind the wheel of the SL63 will be former DTM race driver Bernd Maylander, and driving the C63 will be FIA-representative Alan van de Merwe.

Incidentally, an AMG model has been involved with official F1 duties as early as 1984. Back then, an AMG-prepped E-Class Coupe was used as the Medical Car. Since 1996, however, AMG has been offering its vehicles for service as the Safety Car.