';
Images of the near-fatal crash of Top Gear presenter Richard Hammond, which occurred almost five months ago, have just been published for the first time. The 36-year old survived a crash at 288mph in an uncovered jet-powered dragster while filming a stunt for the highly-rated motoring program.

The images reveal that a tire burst just before the dragster began skidding, flipping over and eventually ending up in a ditch. Hammond was treated for serious brain injury but made a full recovery and was up in his hospital bed not long after the accident. According to Top Gear magazine, video footage of the crash will be shown on the BBC show on the 28th of this month. 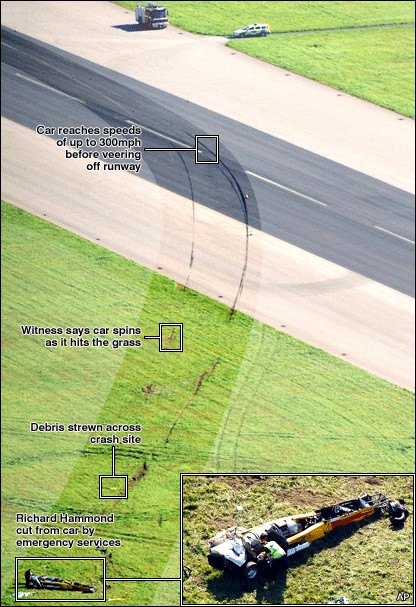