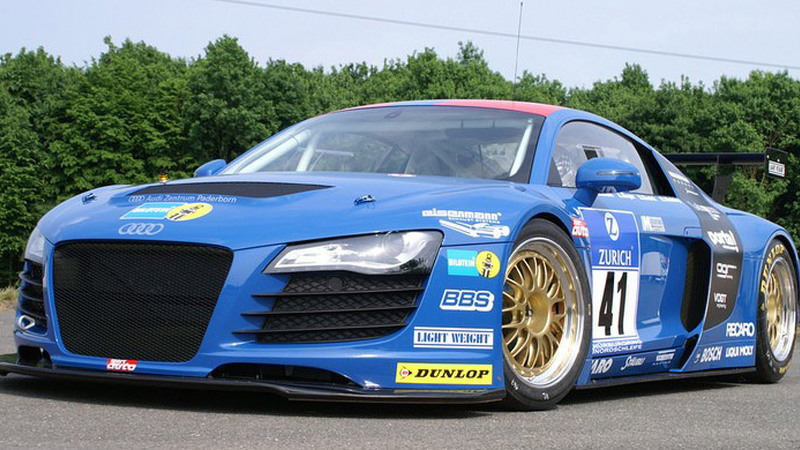 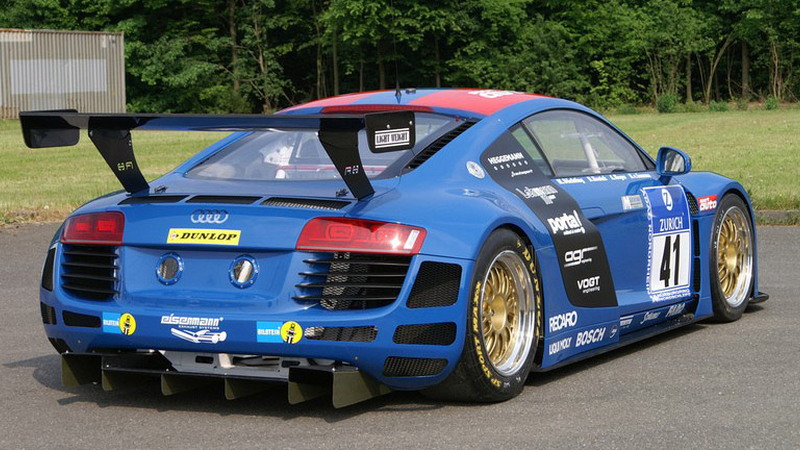 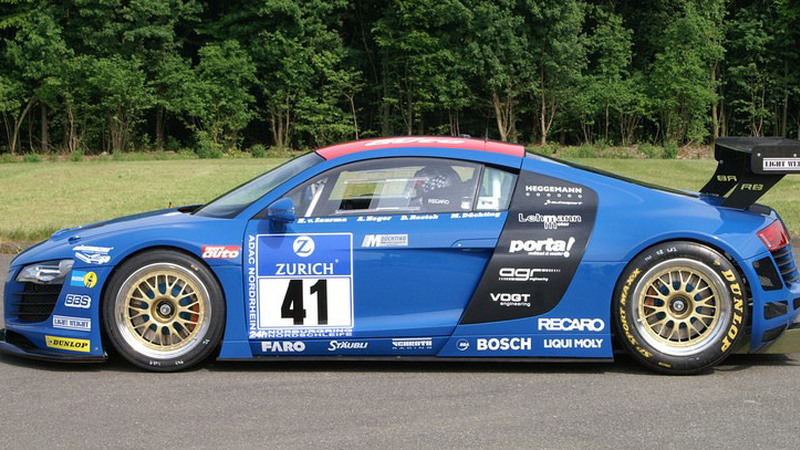 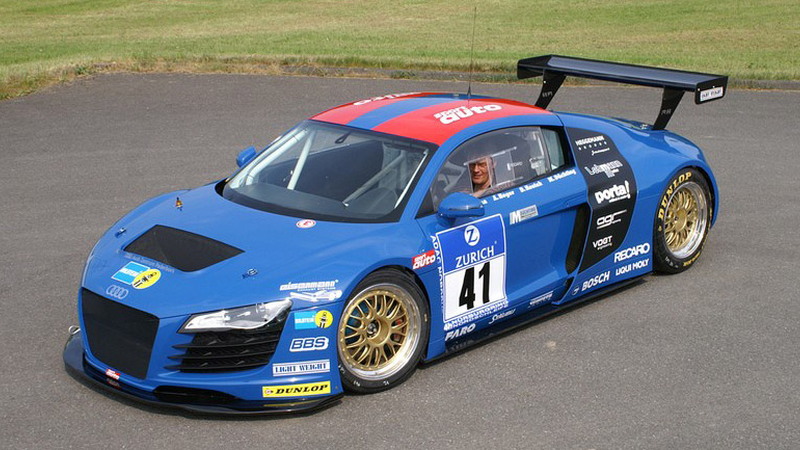 5
photos
As this year’s Nurburgring 24 hour endurance challenge approaches several more carmakers have announced plans to enter the comp. The latest is Audi, which plans to enter a race-prepped version of its R8 super-sports car in the grueling event. In keeping with race regulations for its class, engineers have replaced the standard car’s 4.2L V8 with a race-spec 4.0L mill pumping out 530hp and 353 lb-ft of torque.

The stock bumpers have also been replaced with new widebody pieces that resemble the units from the V12-powered R8 TDI Le Mans concept. This includes the new carbon and Kevlar front apron, oversized intakes and high-mount exhaust pipes.

Unique features include a lightened chassis, which weighs in at just 2,755 pounds, an oversized GT wing at the rear and an aggressive diffuser.

The 36th ADAC Zürich 24-hour race will take place on the weekend starting on the 24th of this month at the Nürburgring-Nordschleife in Germany. Other recent announcements includes Volkswagen with its new Scirocco race car as well as Lexus with its upcoming LF-A, Opel with its Astra OPC and even supercar manufacturer Gumpert, which will race a new hybrid version of its Apollo.