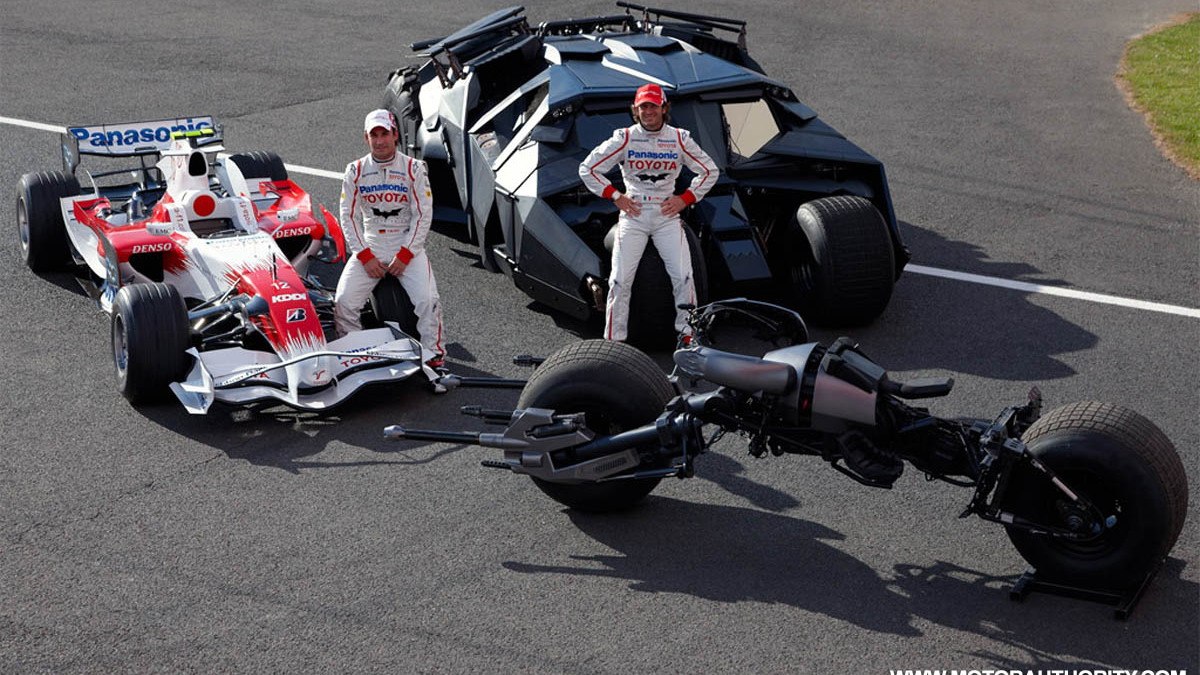 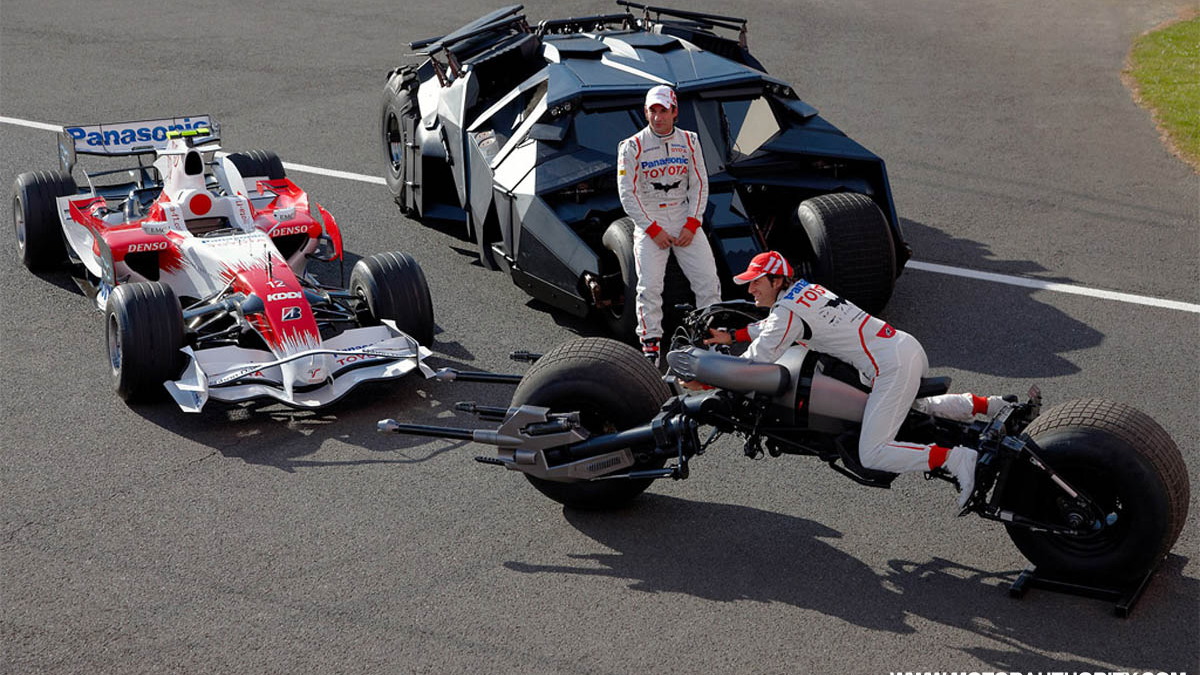 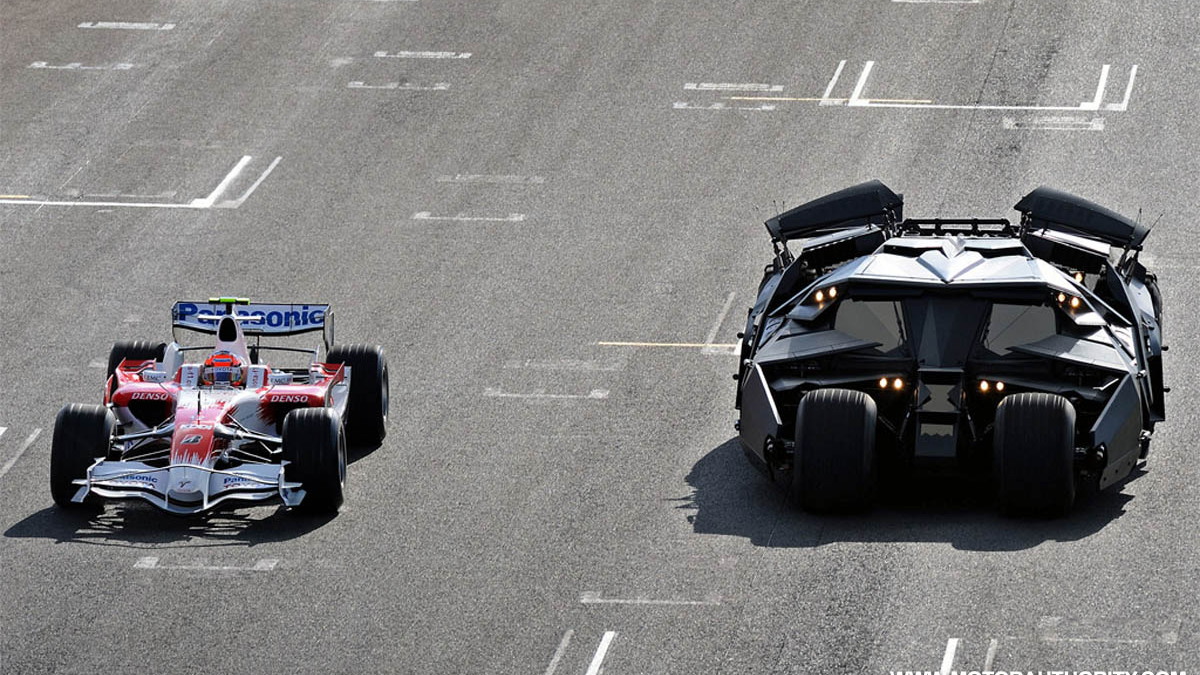 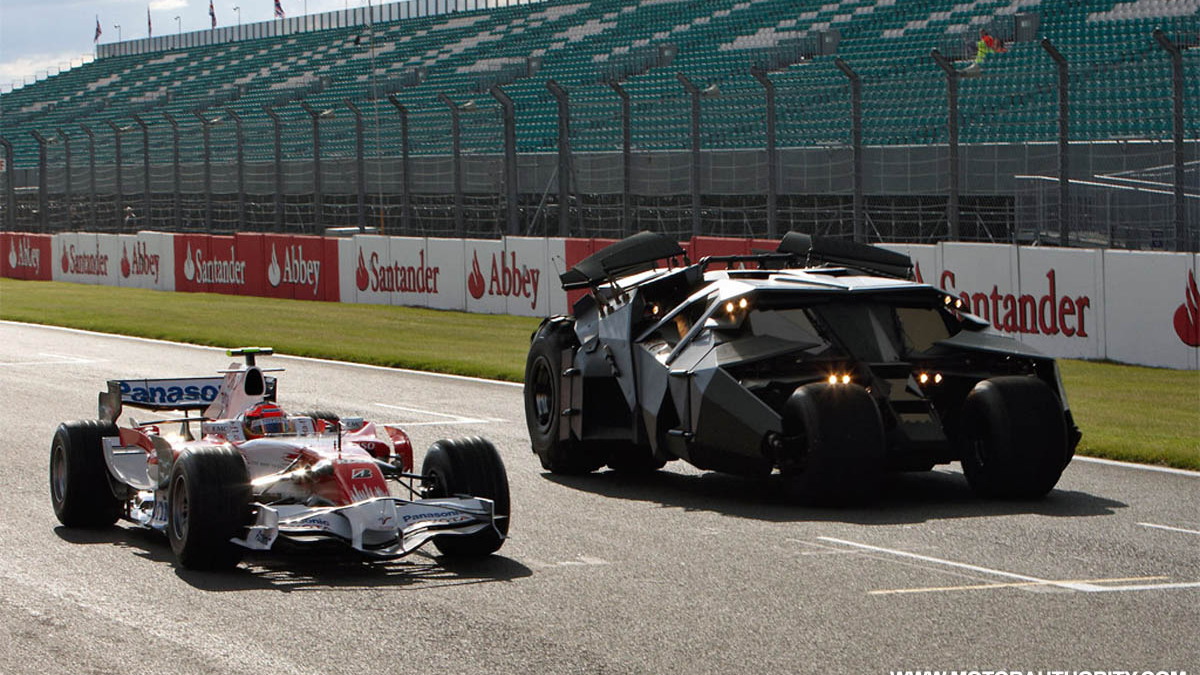 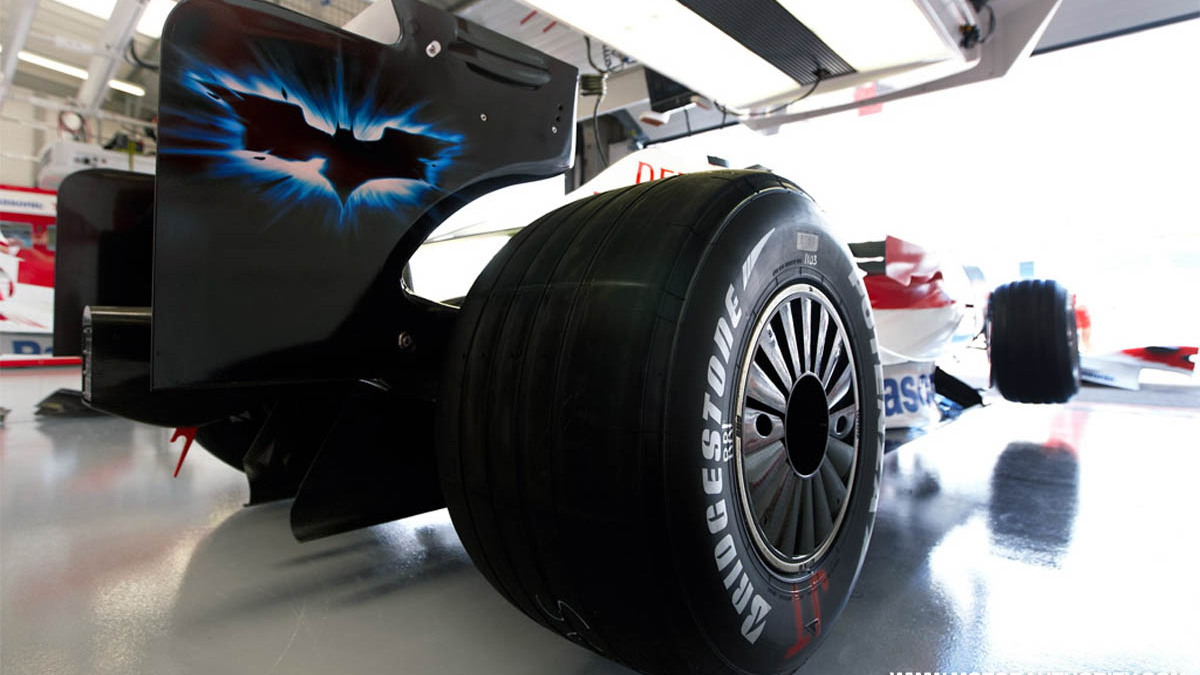 Toyota has announced that its formula one cars will feature artwork to promote the new Warner Brothers film 'The Dark Knight' at the British grand prix this weekend. Additionally, the overalls of drivers Jarno Trulli and Timo Glock, as well as the Japanese team's motor home, are also displaying Batman insignias and references to the release, a media statement has revealed.

But The Dark Knight theme does not stop there because the Batmobile as well as the new Bat-Pod (Batman’s new motorbike) will also be on show at Silverstone this weekend.

The Batmobile took to the Silverstone track on Thursday evening for a demonstration run alongside the TF108, followed by some unique photo opportunities with the Bat-Pod and Jarno Trulli and Timo Glock.