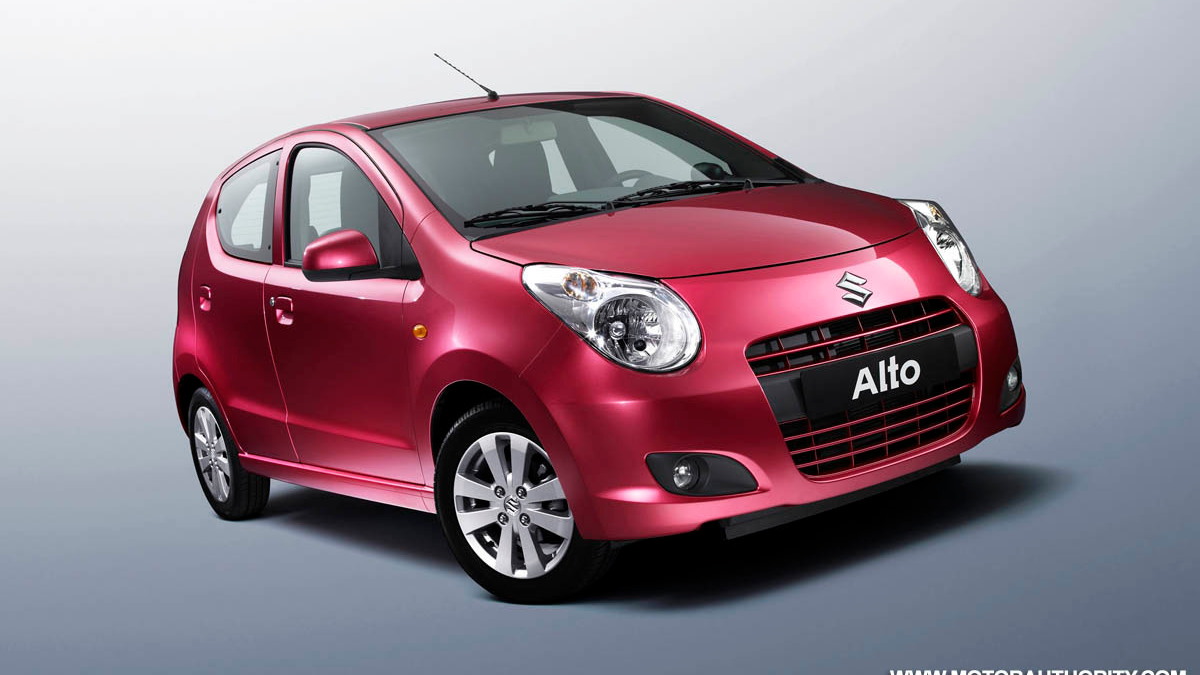 6
photos
Suzuki has released the first image of its all-new Alto minicar, which the carmaker plans to debut at November’s Paris Motor Show before a global launched pegged for early next year. As expected, the production Alto shares much in common with last year’s A-Star concept that was developed together with Suzuki's Indian subsidiary Maruti and showcased at last December’s Auto Expo in New Delhi.

Suzuki is expected to build two different versions of the Alto - a low-cost model to be manufactured by Maruti at a plant in Manesar, India, and a global version that will be sourced from Japan. Power for both models will come from a newly developed Euro 5-compliant 1.0L aluminum petrol engine with carbon-dioxide emissions of less than 109g/km.

The Suzuki Alto was first introduced in Japan back in 1979 and has since gone on to spawn six generations, with sales in Europe, the Middle East and South America. The current generation Alto is the largest selling car in India, however has been under threat by new models from Hyundai and General Motors. The latest, seventh-generation car, will once again be an A-segment five-door hatchback and could for the first time be sold in North America.

Suzuki is also planning to reveal several hydrogen fuel-cell concepts including a motorbike with a 100hp (75kW) electric motor powered by an air-cooled fuel-cell.