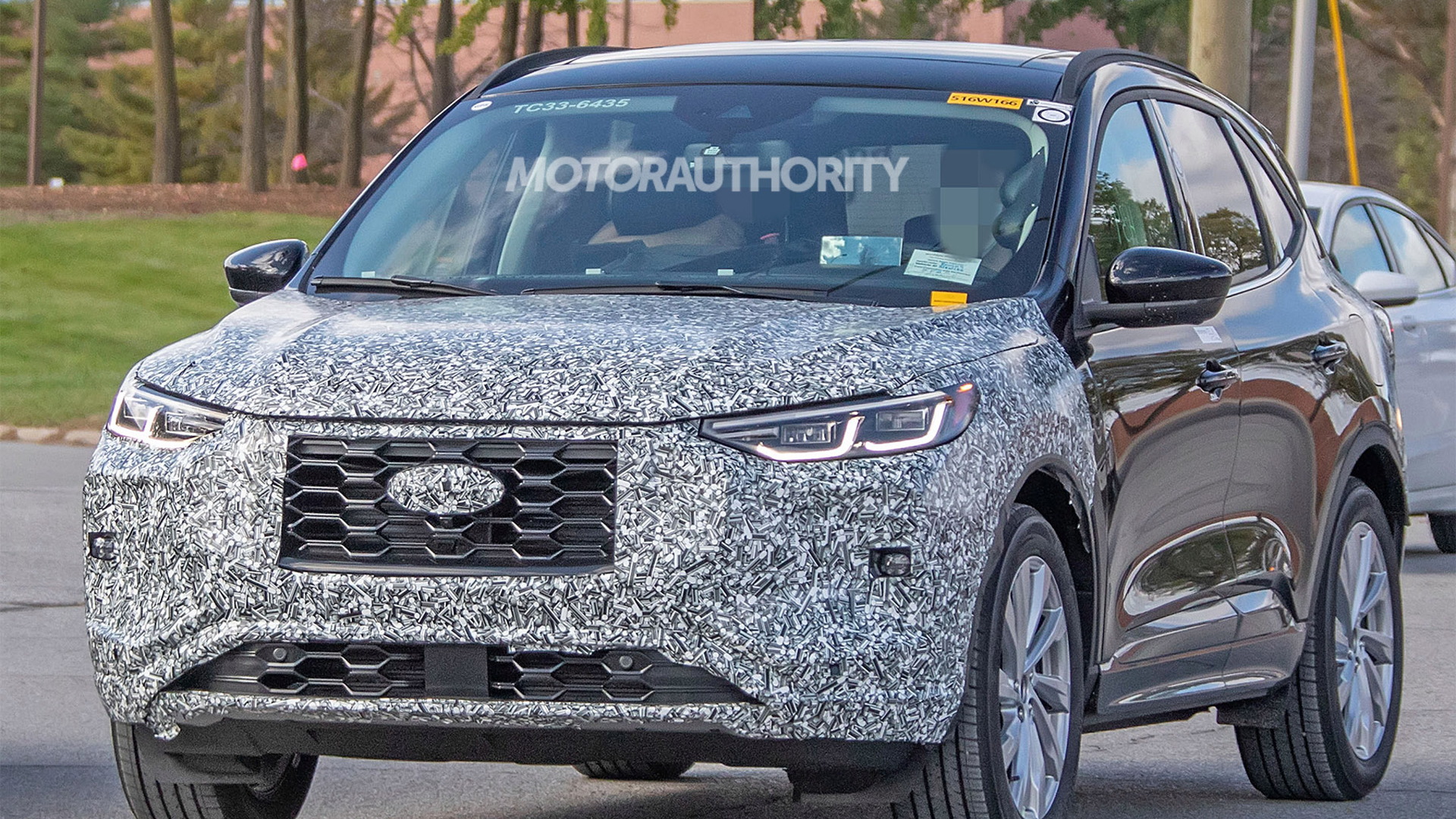 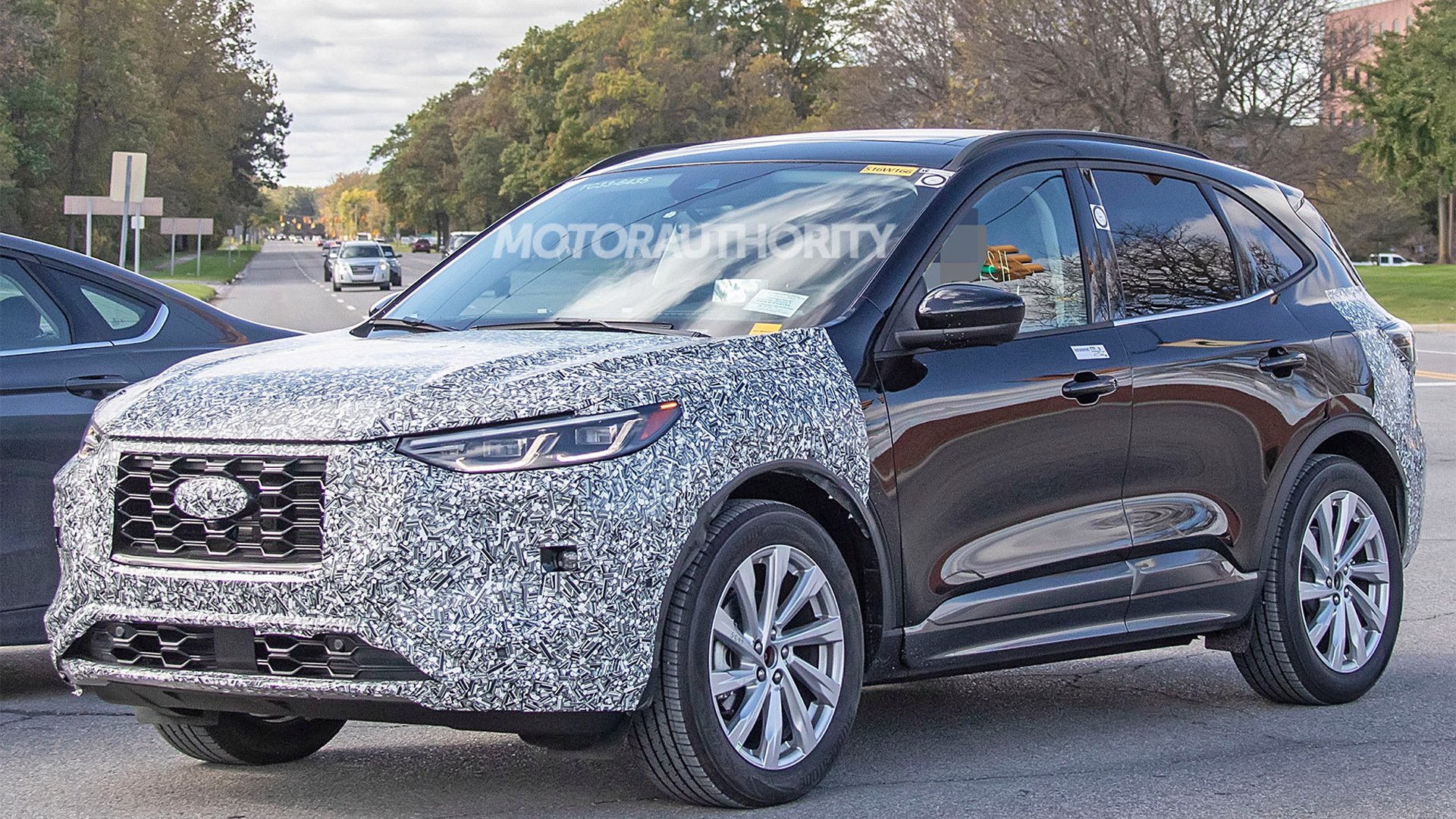 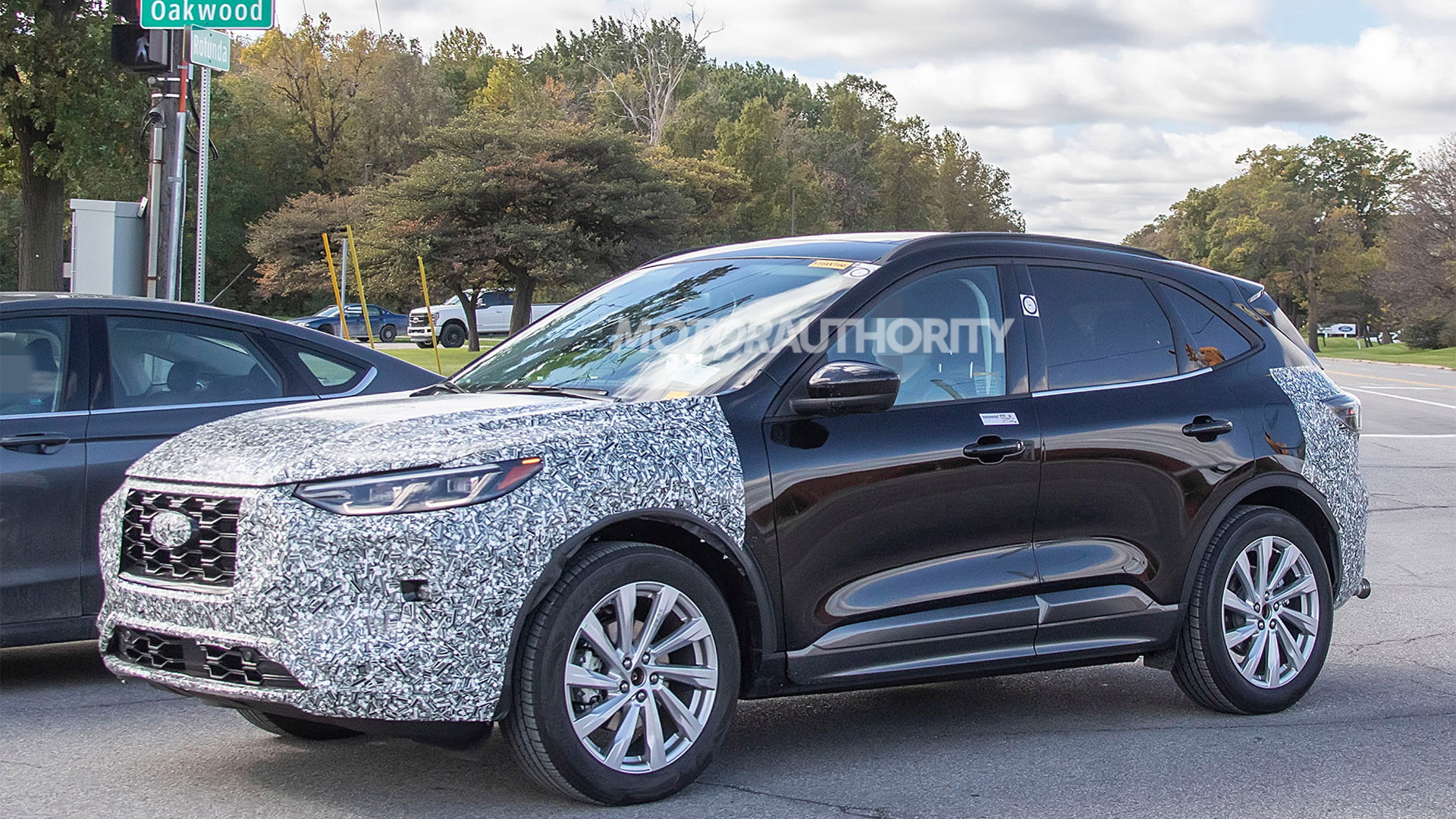 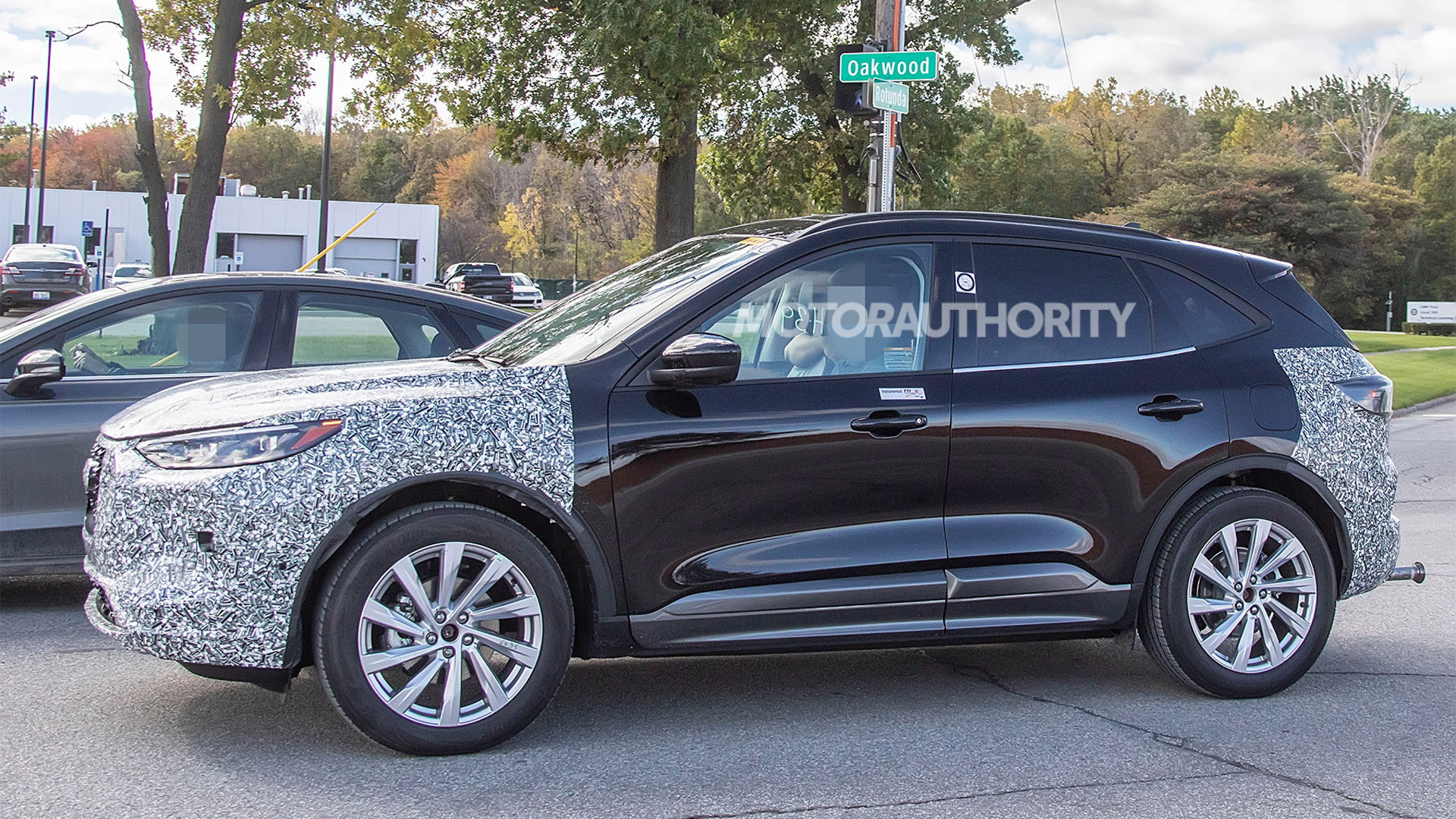 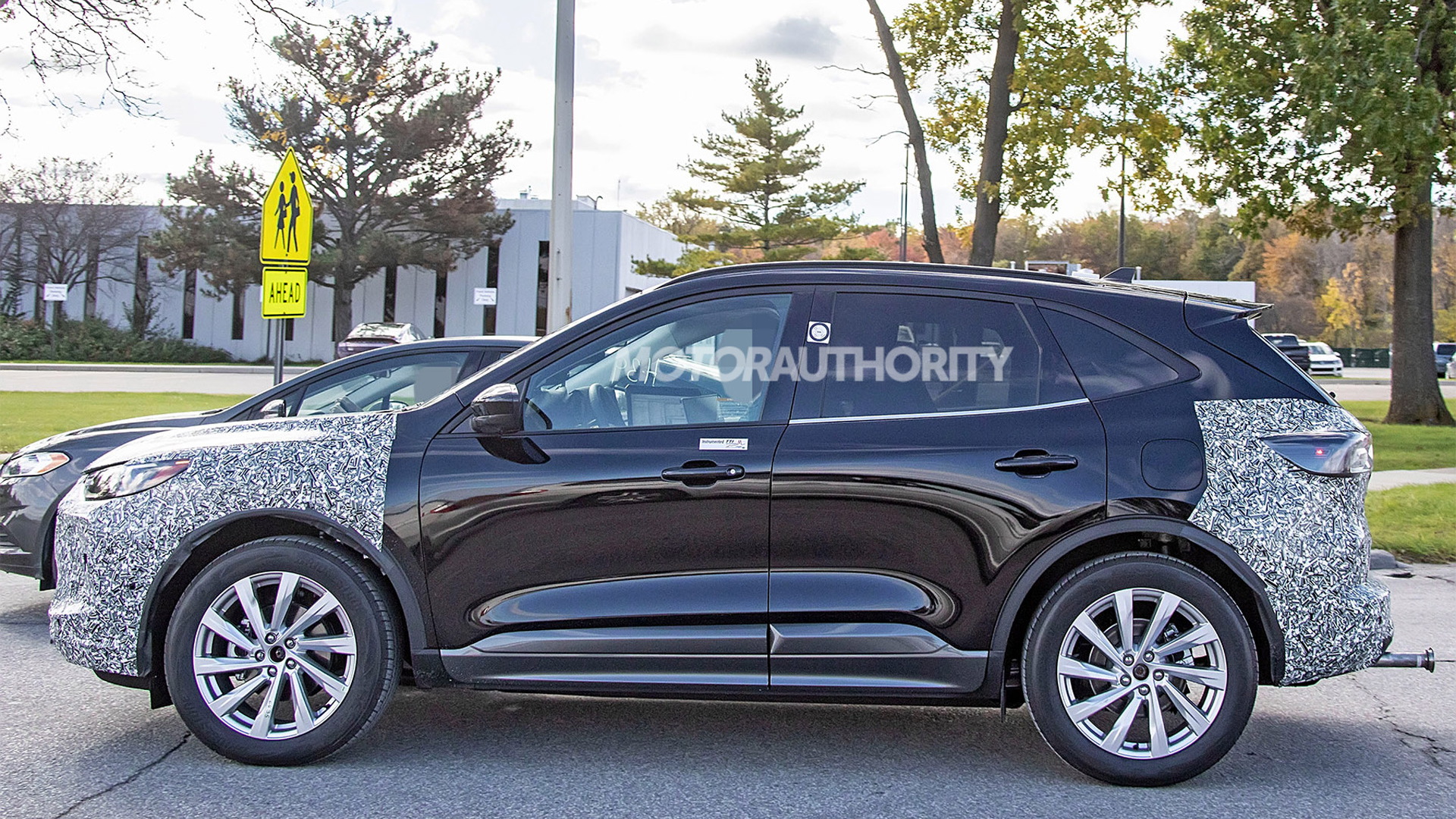 Ford's Escape is set to come in for a major facelift, as evidenced by a camouflaged prototype recently spotted in the wild.

The current Escape, known as a Kuga in some markets, was introduced for the 2020 model year with a rather lukewarm design that was made even more forgettable with the launch of the related Bronco Sport a year later.

Ford looks to be addressing this shortcoming with a mid-cycle update for the compact crossover. The rounded front end of the current Escape will make way for a tougher, blockier look on the updated model. The headlights are also new and the grille now sits higher and features the Ford logo sitting center. Currently the logo sits on the leading edge of the hood.

The overall result should be something more closely resembling the Mustang Mach-E.

The changes to the rear styling will be less dramatic. It looks like there will be a revised fascia and likely a new design for the exhaust tips. The exhaust design shown on the prototype is only a makeshift unit.

The dash was also heavily concealed, according to our photographer, which points to major changes taking place inside as well. Don't be surprised if a larger infotainment screen is added, something we've seen with the updated version of the related Focus that was just launched overseas.

It isn't clear what Ford has planned for the powertrains. The current Escape has a relatively diverse lineup starting with a 1.5-liter turbocharged inline-3 good for 181 hp. A 2.0-liter turbocharged inline-4 offers a meatier 250 hp, and for fuel-conscious buyers there is a 2.5-liter inline-4 offered in hybrid and plug-in hybrid configurations. They offer up 200 and 221 hp, respectively.