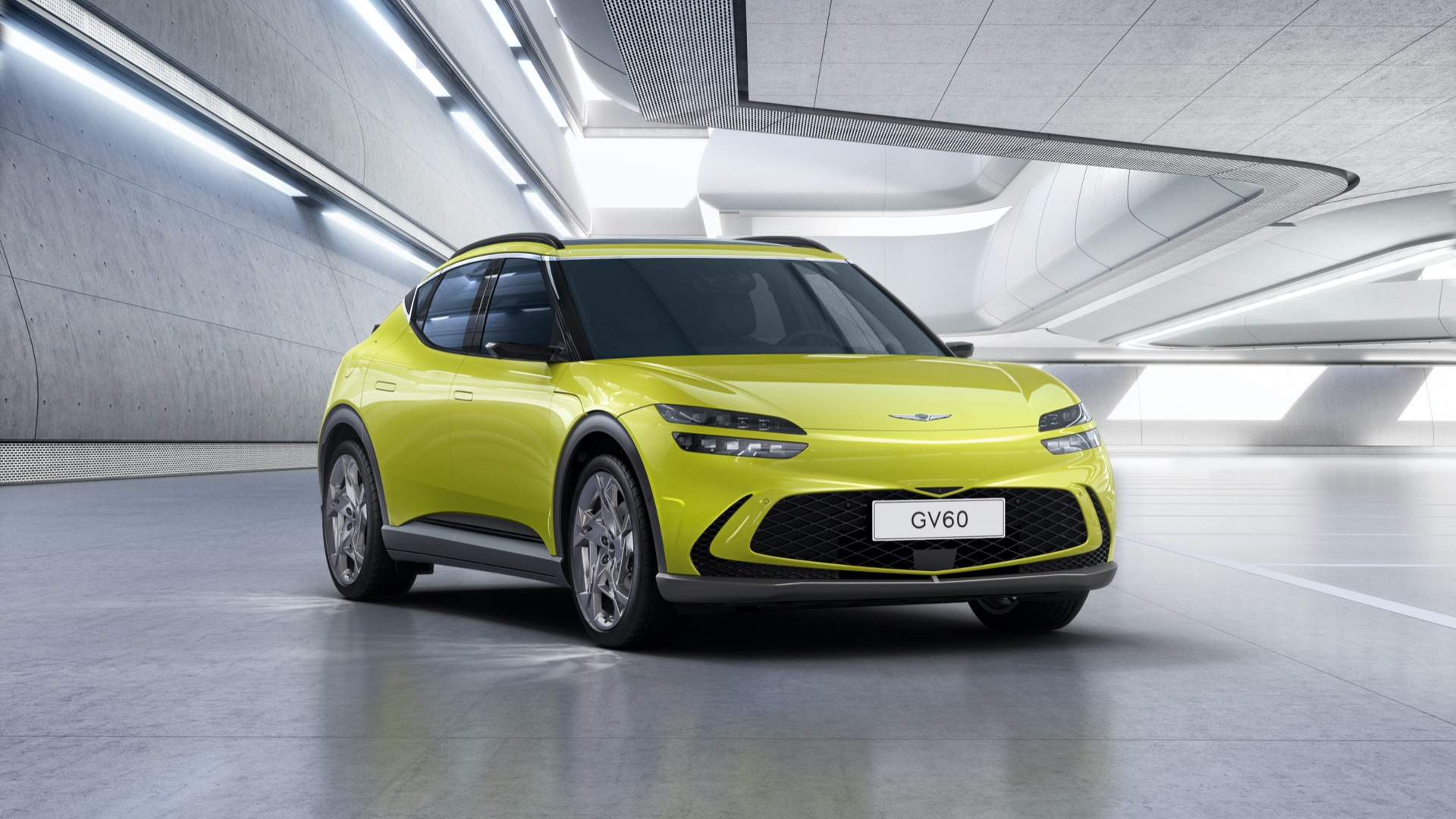 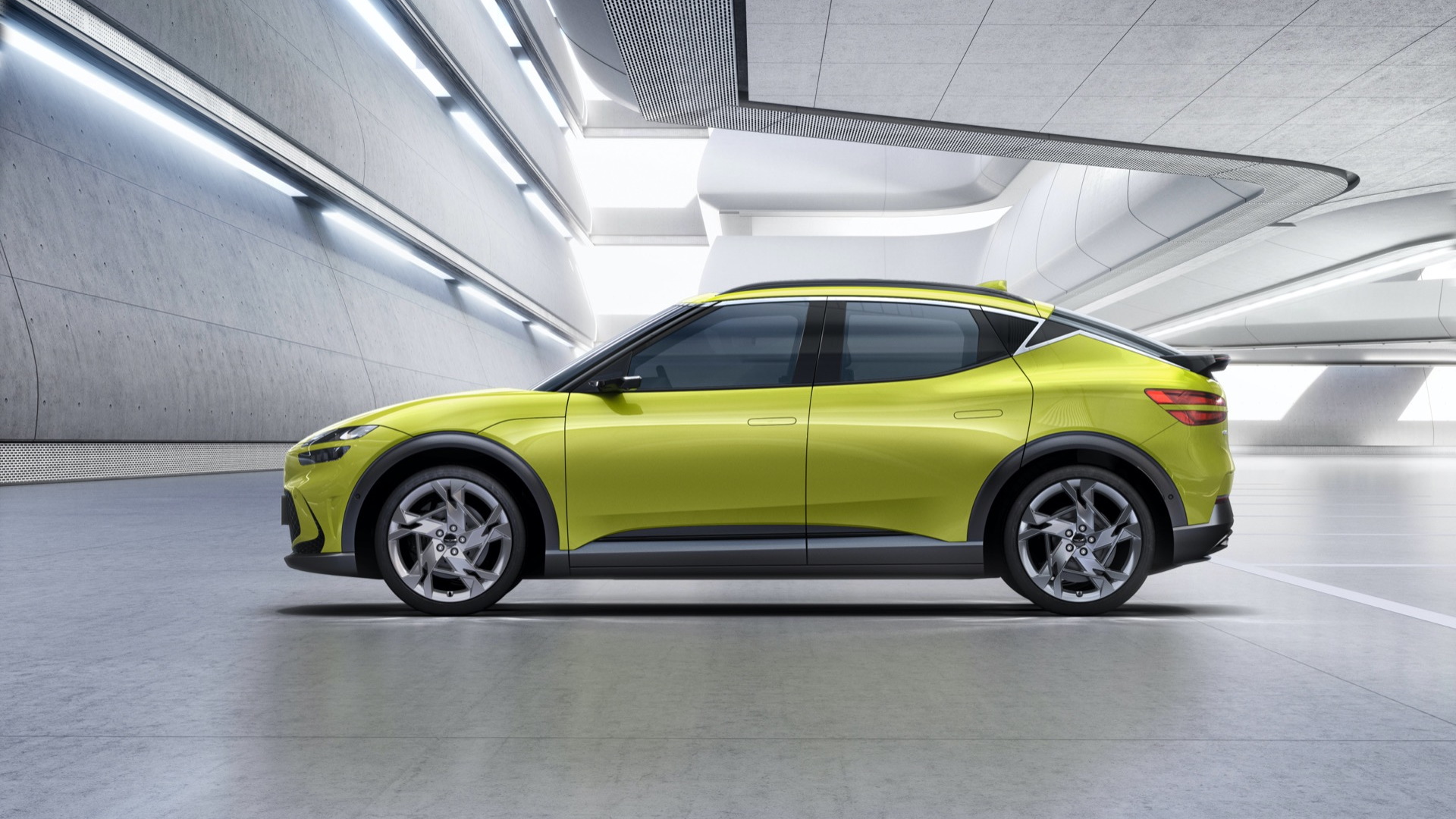 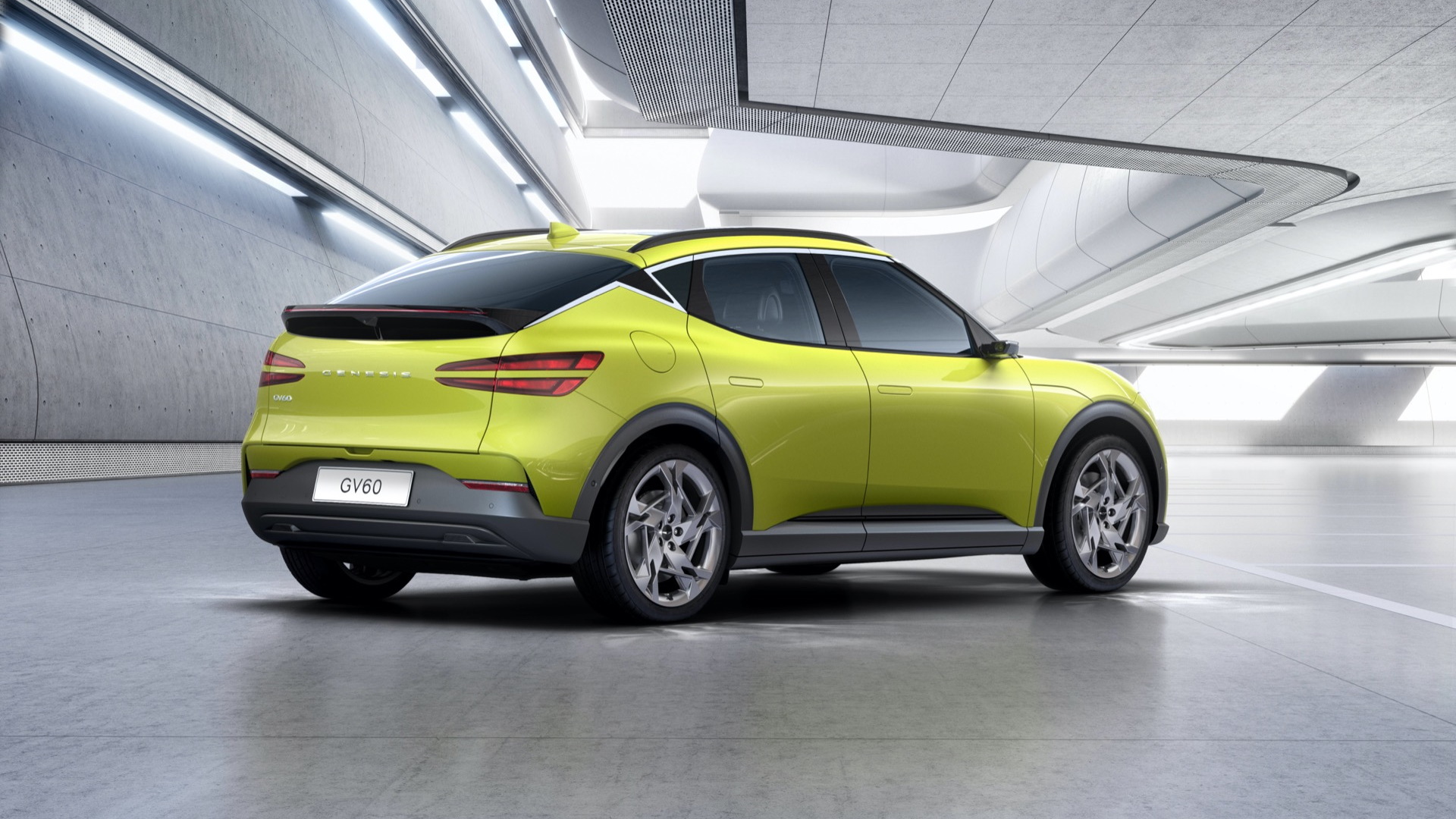 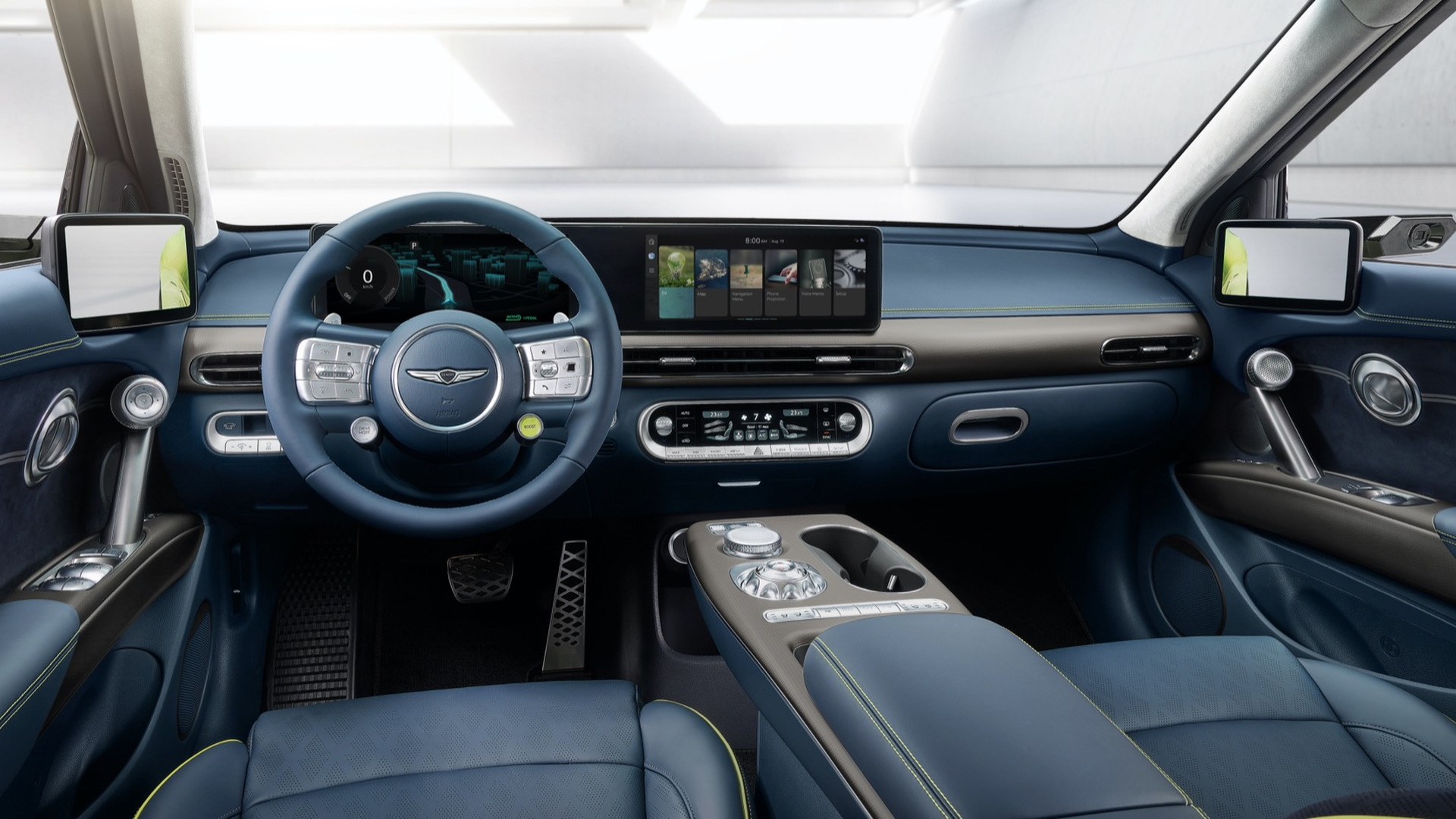 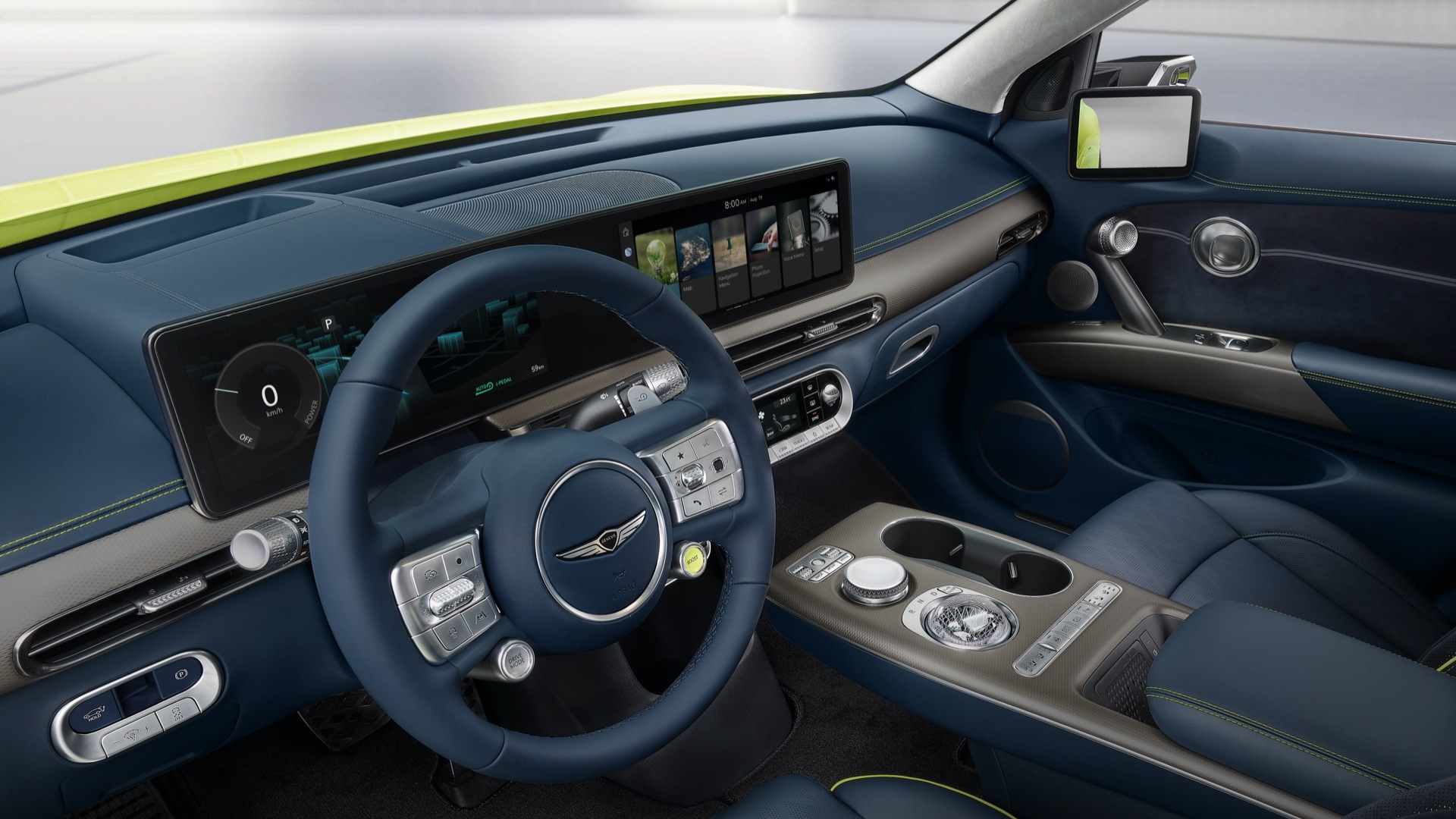 Genesis late on Wednesday took the covers off its first dedicated electric vehicle. The new GV60 is a compact crossover related to the Hyundai Ioniq 5 and Kia EV6, and we'll see it at dealerships sometime in 2022.

Genesis is holding back details until closer to the market launch, but we already have some clues due to the GV60 riding on Hyundai Motor Group's E-GMP dedicated EV platform.

The platform has been designed with an 800-volt electrical system and in the Ioniq 5 and Kia EV6 offers a maximum battery capacity of 77.4 kilowatt hours, or enough for a range approaching 300 miles. The battery has been designed so that 70 miles of range can be added in less than five minutes using a high-speed charger. Going from a 10% charge to 80% can be done in as little as 18 minutes. 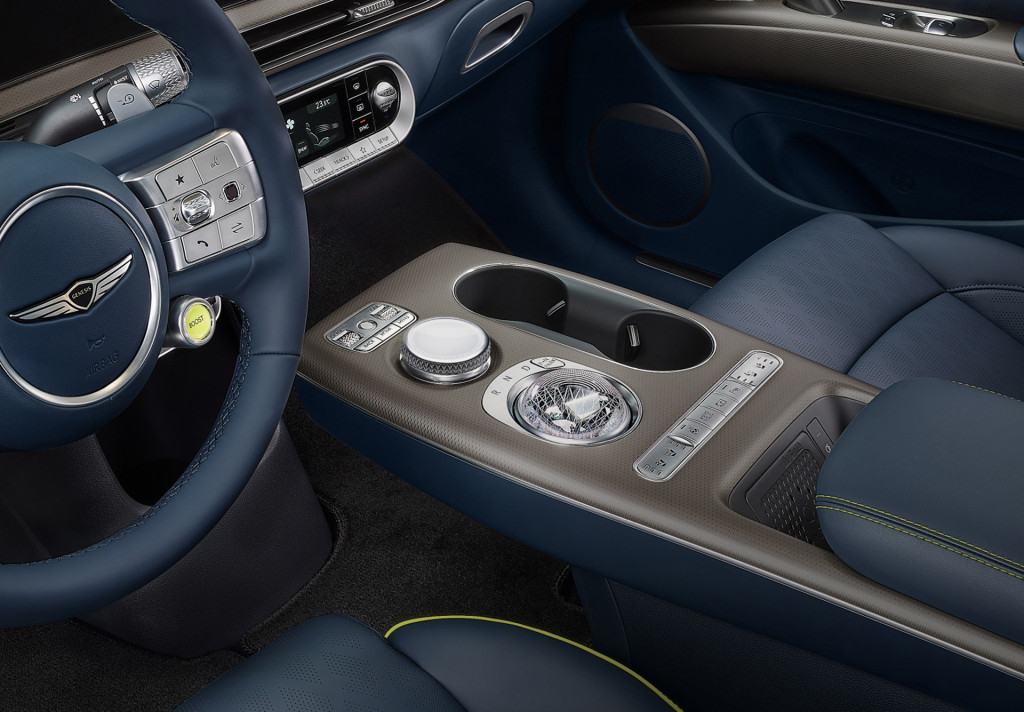 The GV60 features a fastback design first previewed by the Mint concept unveiled at the 2019 New York International Auto Show. While all the contemporary Genesis design cues are there, Genesis has made elements more dynamic to emphasize the performance attributes of the vehicle. For instance, the crest grille is wider than on other Genesis vehicles and is used to cool the battery. Genesis has also added a clamshell hood for the first time on one of its vehicles, plus a rear spoiler.

The interior is an inviting place that combines both traditional luxury with the latest technology. You'll notice there are digital screens that replace traditional side mirrors, which may not feature on GV60s bound for the U.S. Another interesting element is the crystal orb in the center console that serves as the controller for the shift-by-wire transmission.

Genesis said the GV60 marks the brand's next step toward electrification. The first was the reveal in April of an electric version of the G80 mid-size sedan. The electric G80 is also due on sale in the U.S., though its availability will only be confirmed later this year.

Genesis is also working on electric versions of the small GV70 and mid-size GV80 crossovers, with the electric GV70 expected to start production in December.