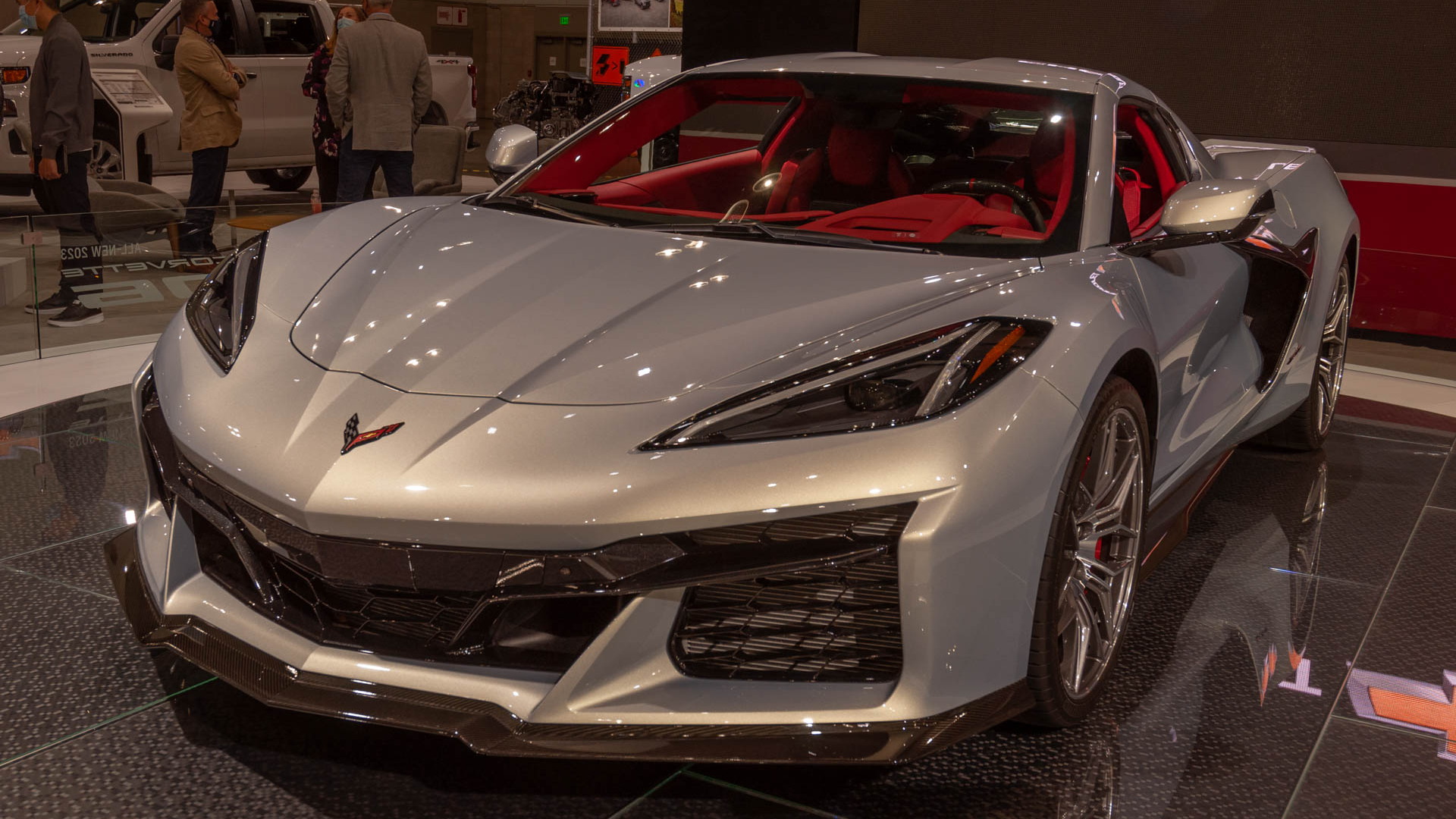 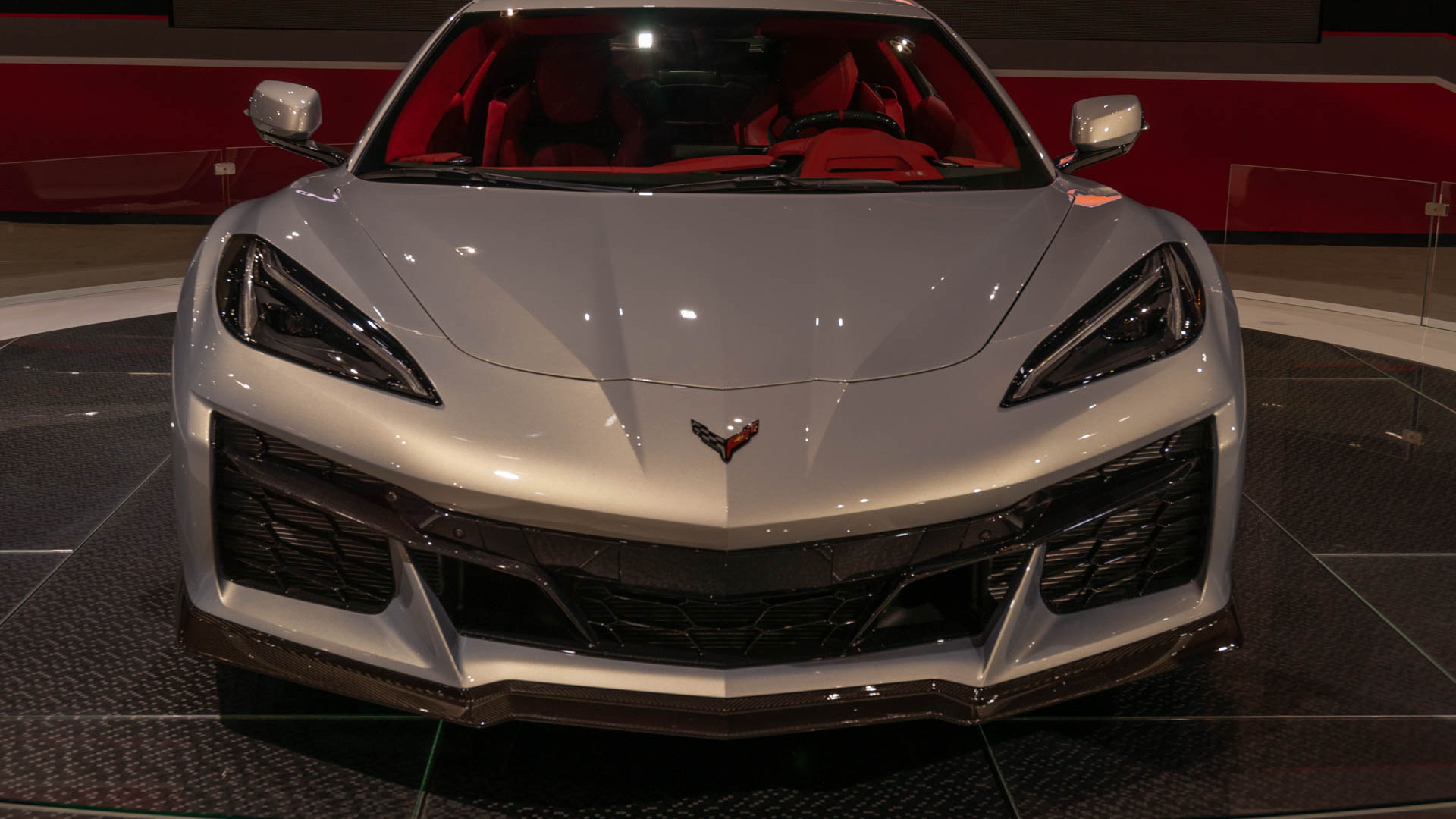 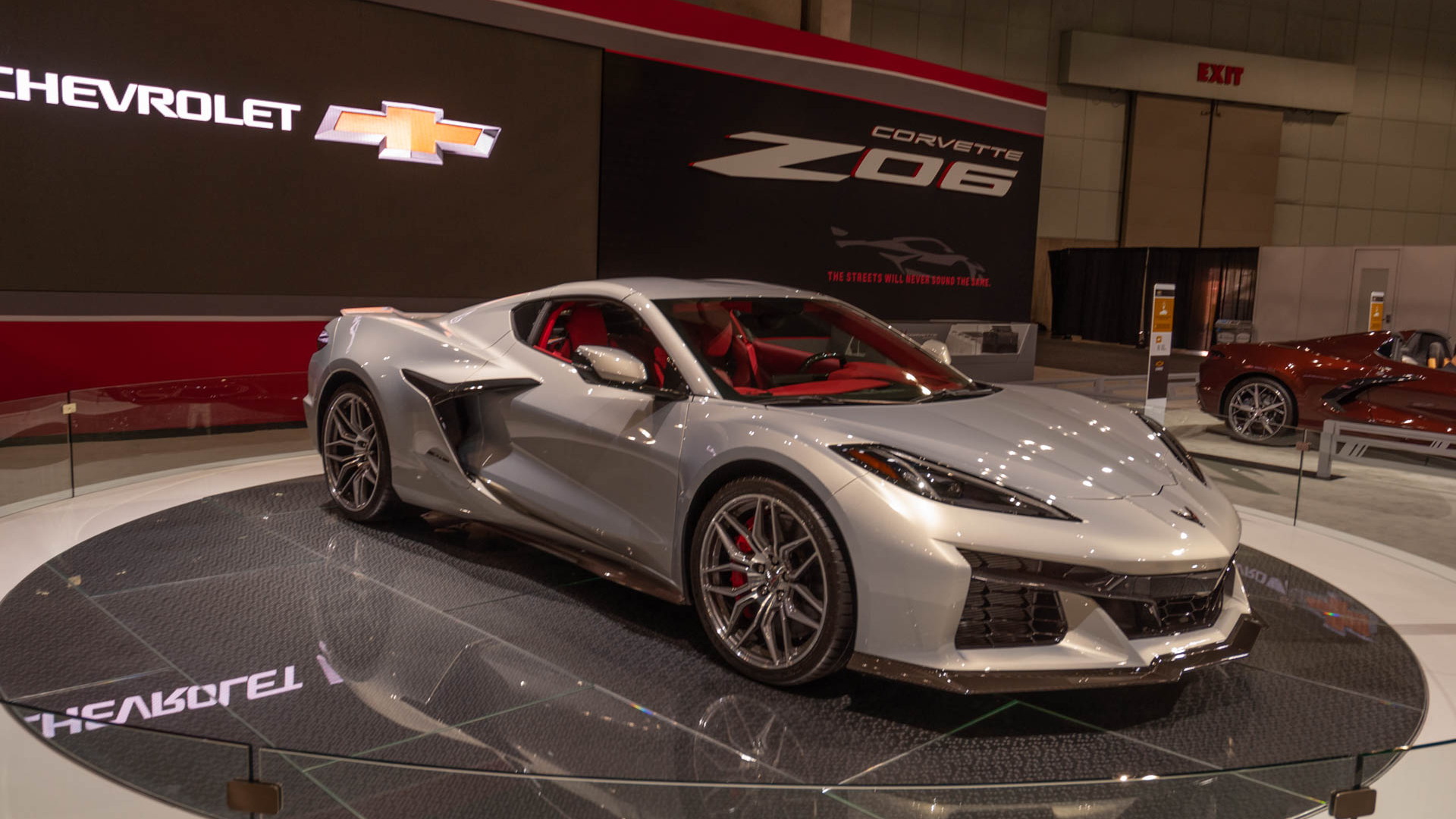 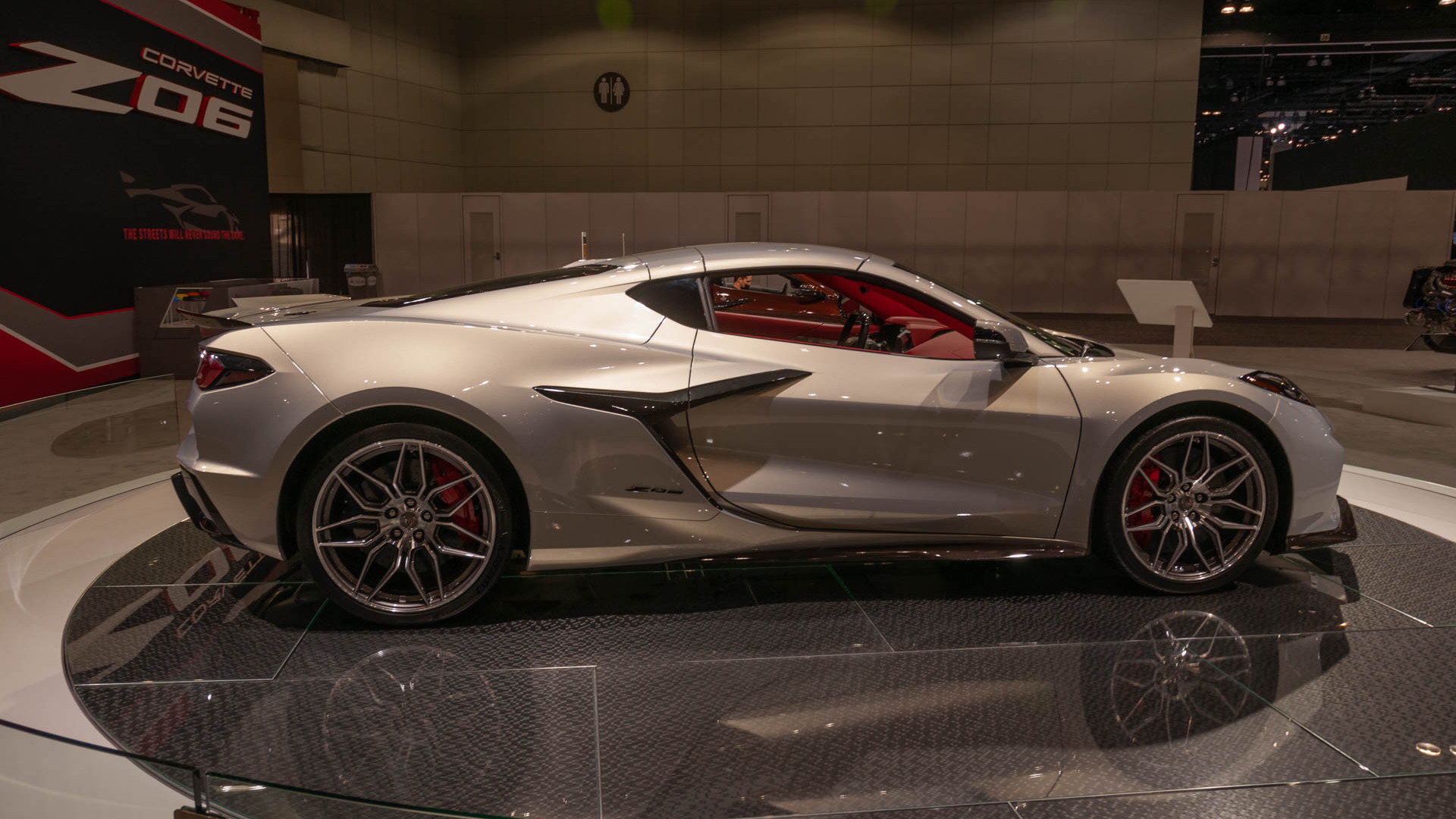 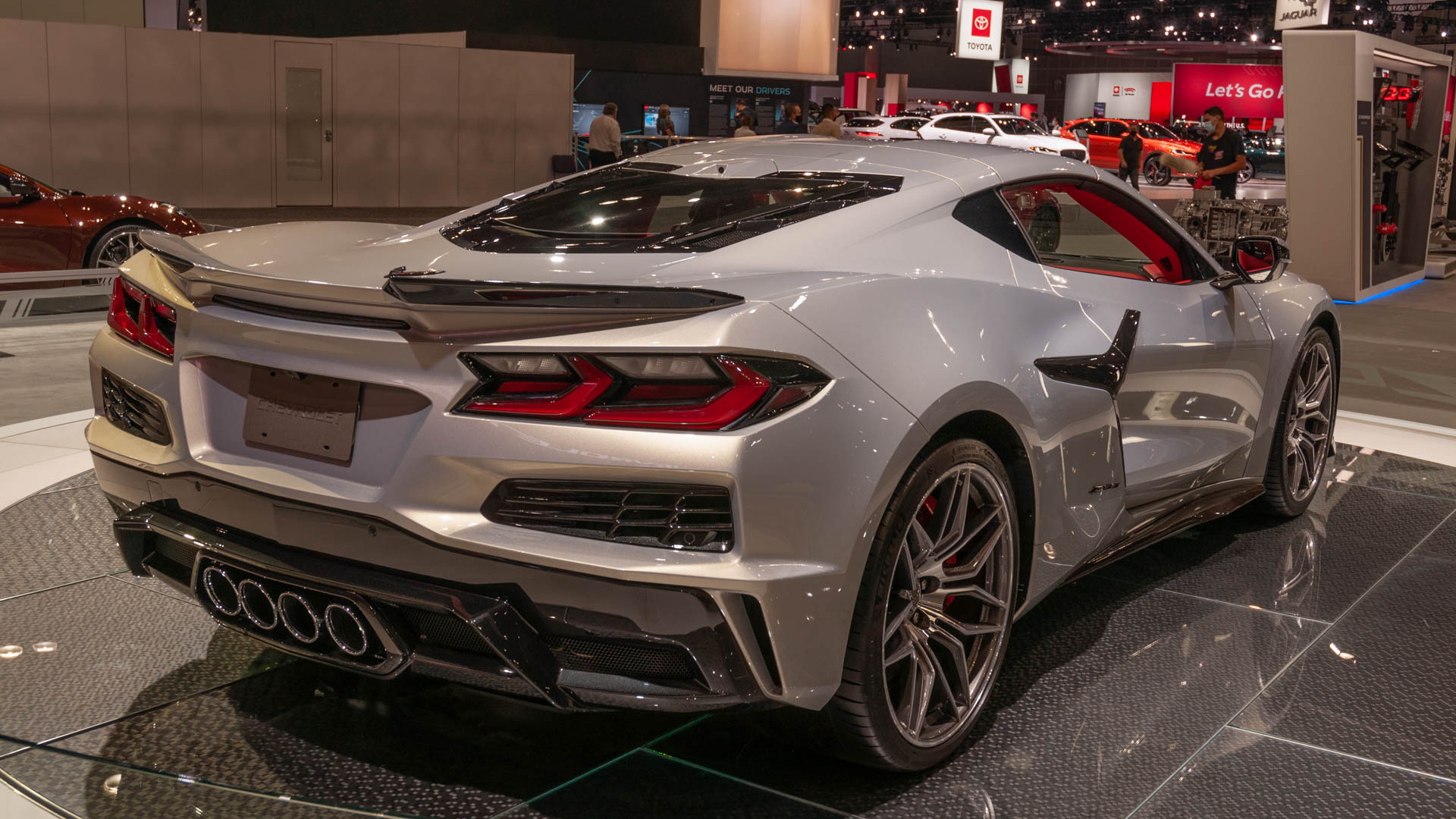 The moment you've been waiting for ever since Chevrolet first revealed its C8 Corvette in the summer of 2019 is finally here. Chevy on Tuesday revealed the track-ready Corvette Z06 variant and it's even better than what the rumors were pointing to.

We'll cut right to the chase. There's a new V-8 code-named the LT6, and it's essentially a civilian version of the firecracker that powers the C8.R endurance racer. The engine displaces 5.5 liters and generates its power via revs instead of forced induction, with the tachometer able to fly to a lofty 8,600 rpm. The 670-hp peak power arrives at 8,400 rpm, while peak torque of 460 lb-ft arrives at 6,300 rpm.

The engine alone is reason to buy the new Z06, and sadly, given the push for electrification, we're unlikely to see it stick around beyond the current decade. It features double overhead cams, dry-sump lubrication, and a flat-plane crankshaft, and the sound it makes puts modern Ferrari V-8s to shame. Engineers spent two years tweaking induction and exhaust systems to arrive at the perfect sound. Our hats are off to them.

Additional goals of the engineers were responsiveness and tractability, which you want in a track-focused supercar like a Z06. Other features of the engine include titanium intake and sodium filled exhaust valves, forged aluminum pistons, forged titanium connecting rods, and an active split intake manifold with twin 87-millimeter throttle bodies. The light weight of the internals, coupled with a comparatively short stroke, is what makes the engine so willing to rev.

The engine is mated to the same 8-speed dual-clutch transaxle transmission found in the Corvette Stingray, but with a shorter 5.56 final drive ratio for improved acceleration. While a top speed figure is yet to be verified, Chevy spokesman Trevor Thompkins told Motor Authoritythat the 0-60 time will be 2.6 seconds, which is impressive for a rear-wheel-drive car.

That acceleration is with an available Z07 performance package that adds specific chassis tuning, including unique calibration for the Magnetic Ride Control dampers. Also forming part of the package are carbon-ceramic rotors, Michelin Cup 2 R ZP tires (275/30ZR20 front and 345/25ZR21 rear), and a carbon-fiber high rear wing that together with some ground effects will see the Z06 generate 734 pounds of downforce at 186 mph and return up to 1.22 g on the skid pan. The wheels measure 20 inches at the front and 21 at the rear, and buyers with cash to burn can opt for a carbon-fiber set that helps save 41 pounds.

Even without the Z07 package, the Z06 features an agressive front splitter, along with a unique rear spoiler that can be fitted with a wickerbill that helps to deliver the standard car's 365 pounds of downforce at 186 mph. More aero elements can be added with an available carbon pack that adds a larger front splitter, front dive planes, underbody aero strakes, and a different rear wing. The standard rubber is Michelin's Pilot Sport 4S ZP tire, and Brembo brakes are also included as standard.

The standard chassis setup includes Magnetic Selective Ride Control 4.0, an adjustable damping system that can switch from touring comfort to maximum track performance via a drive mode selector. This tweaks more than a dozen features of the car including the traction and stability control and an electronic limited-slip differential. Launch control is also included as part of a Track mode.

The powertrain wasn't the only element borrowed from the C8.R. Inspiration also influenced the design of the exterior. This can be seen by the wider front and rear fascias, as well as the enlarged side intakes. The new front fascia draws extra air into a central heat exchanger, providing improved cooling for the engine, brakes and transmission, just like on the race car. Then there are the pumped fenders which result in a car that's 3.6 inches wider than the Stingray.

The interior design is, of course, similar to what you find in the Stingray. Buyers can add a number of carbon-fiber goodies for further differentiation. Unique to the Z06 is an available carbon-fiber wrapped steering wheel, carbon-fiber shifter paddles, and carbon interior pack. Buyers can also choose hand-wrapped leather interior options.

The new Z06 starts deliveries next summer as a 2023 model, with both coupe and convertible body styles on offer. The car will be built at the Corvette's home in Bowling Green Kentucky, with the LT6 engine to be built at the Performance Build Center located at the same site. Each engine will sport a plaque on the intake manifold with the signature of the person who built it from start to finish.

Pricing information will be announced closer to the market launch.