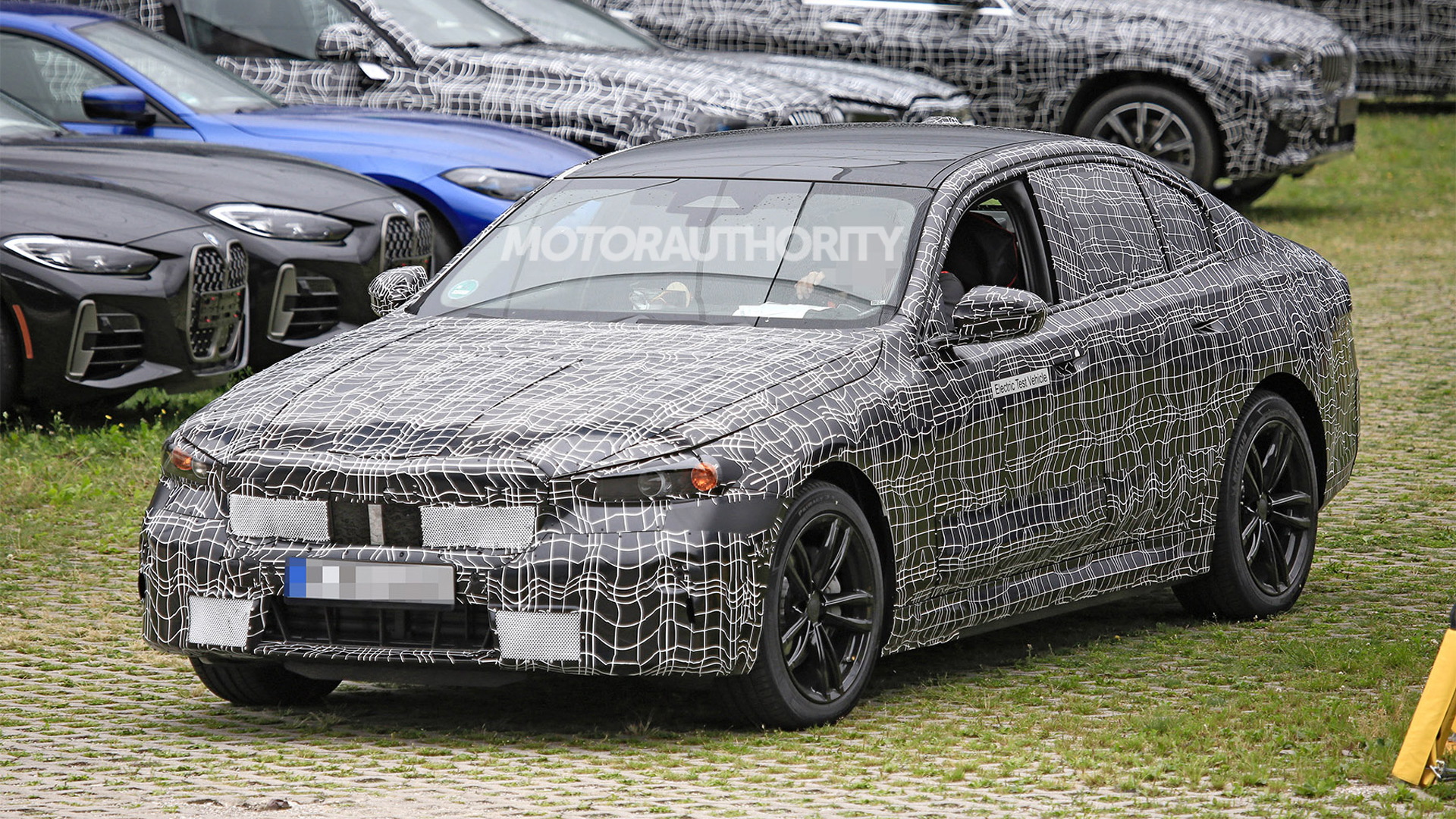 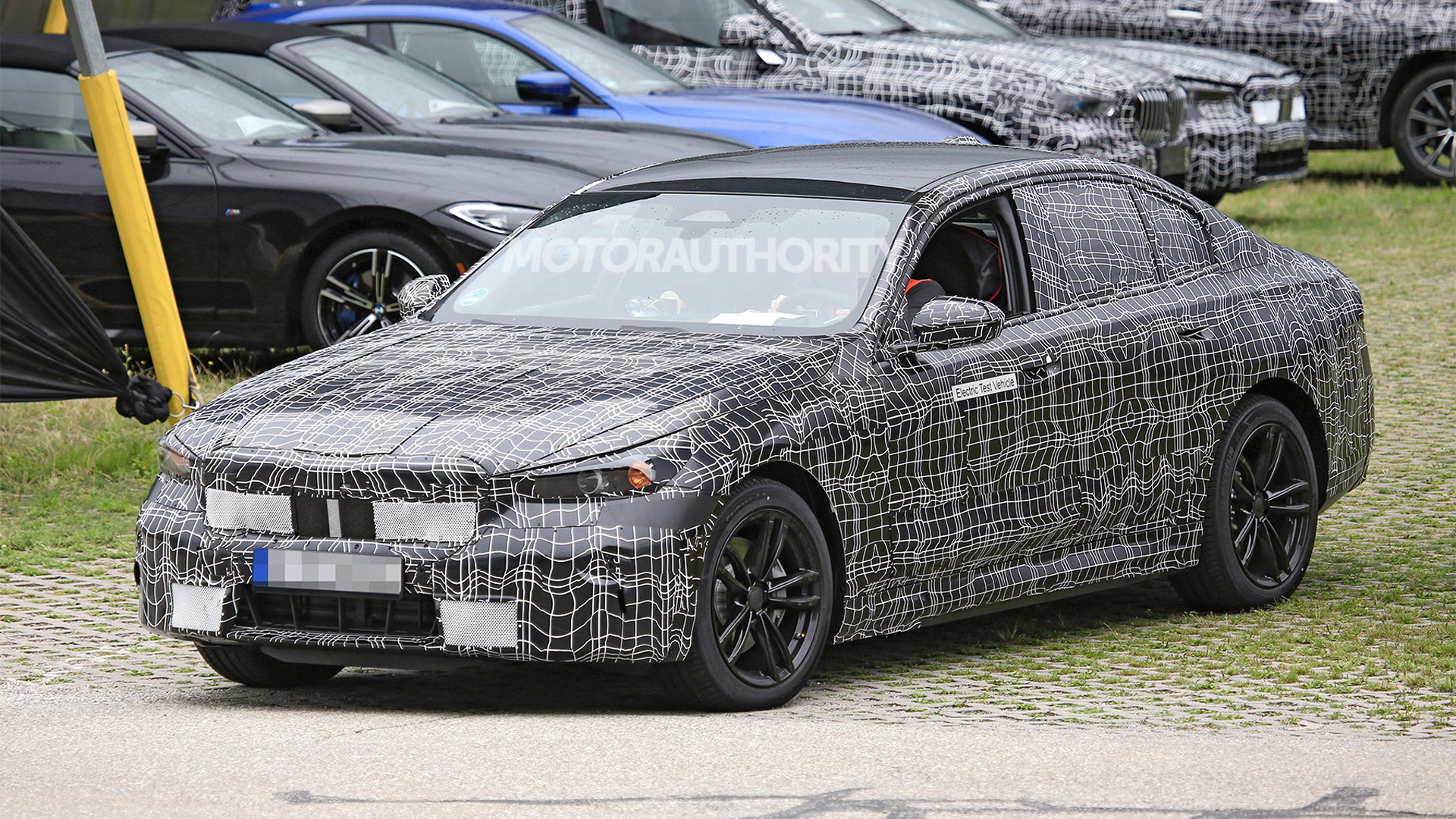 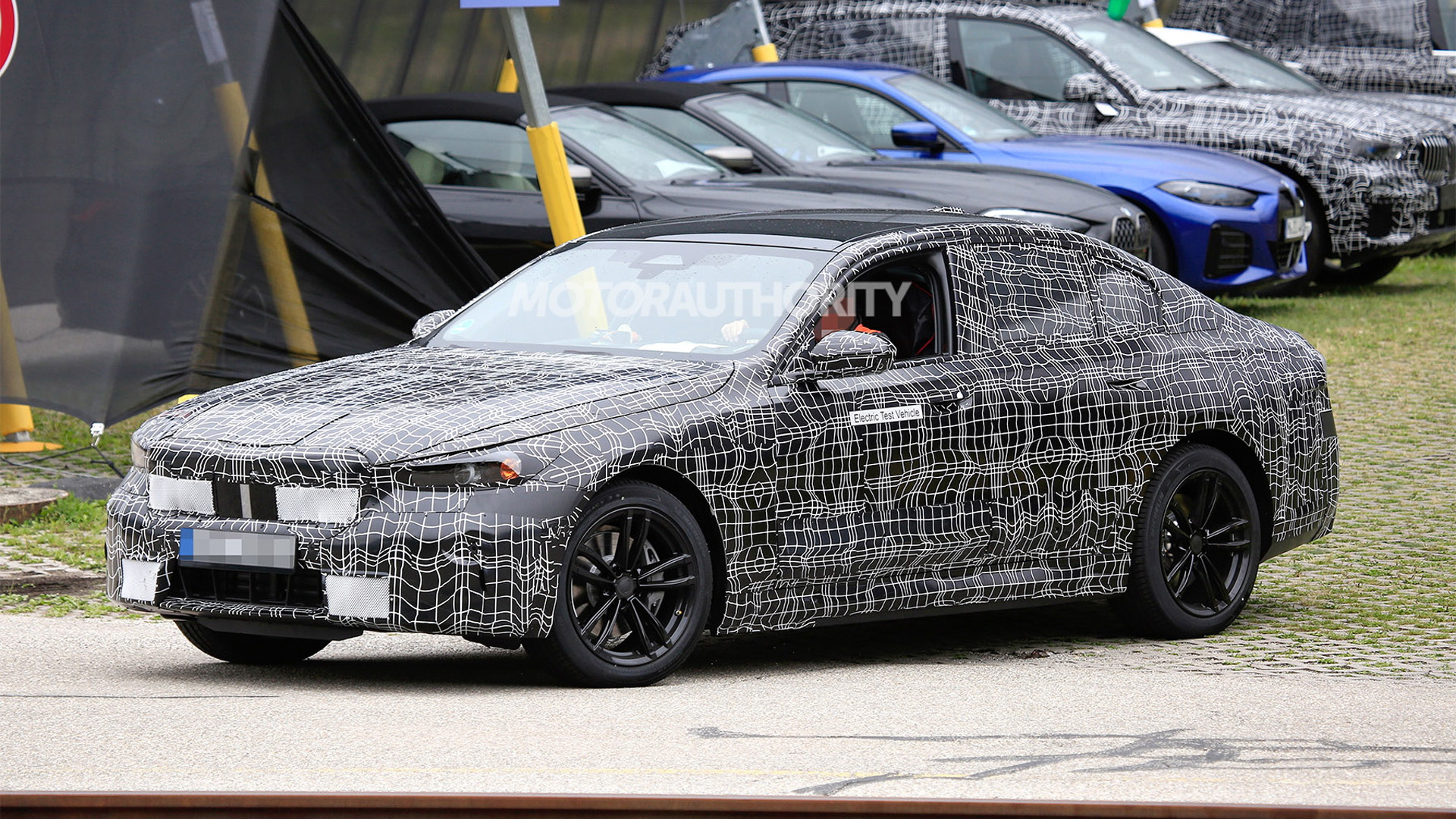 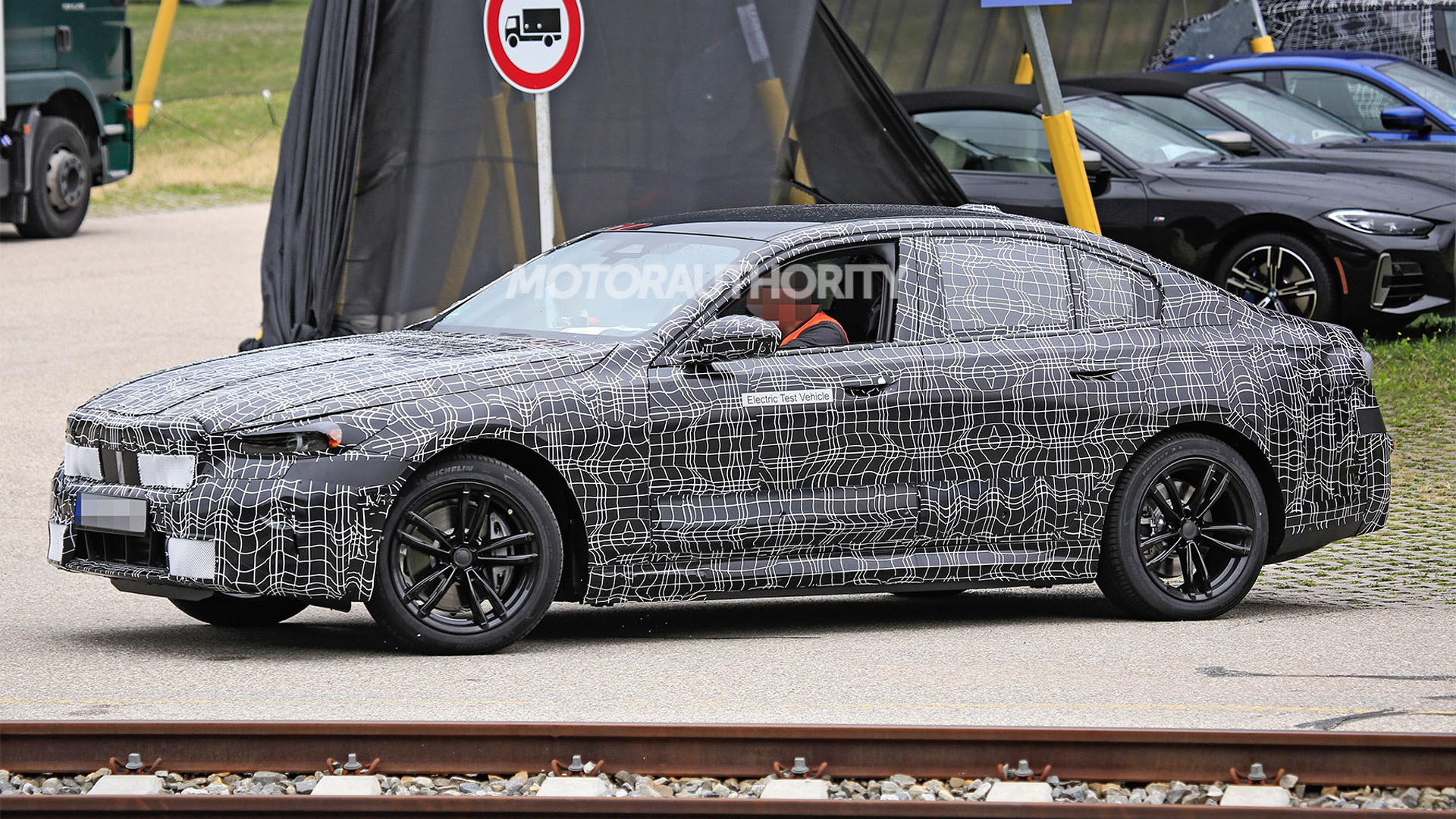 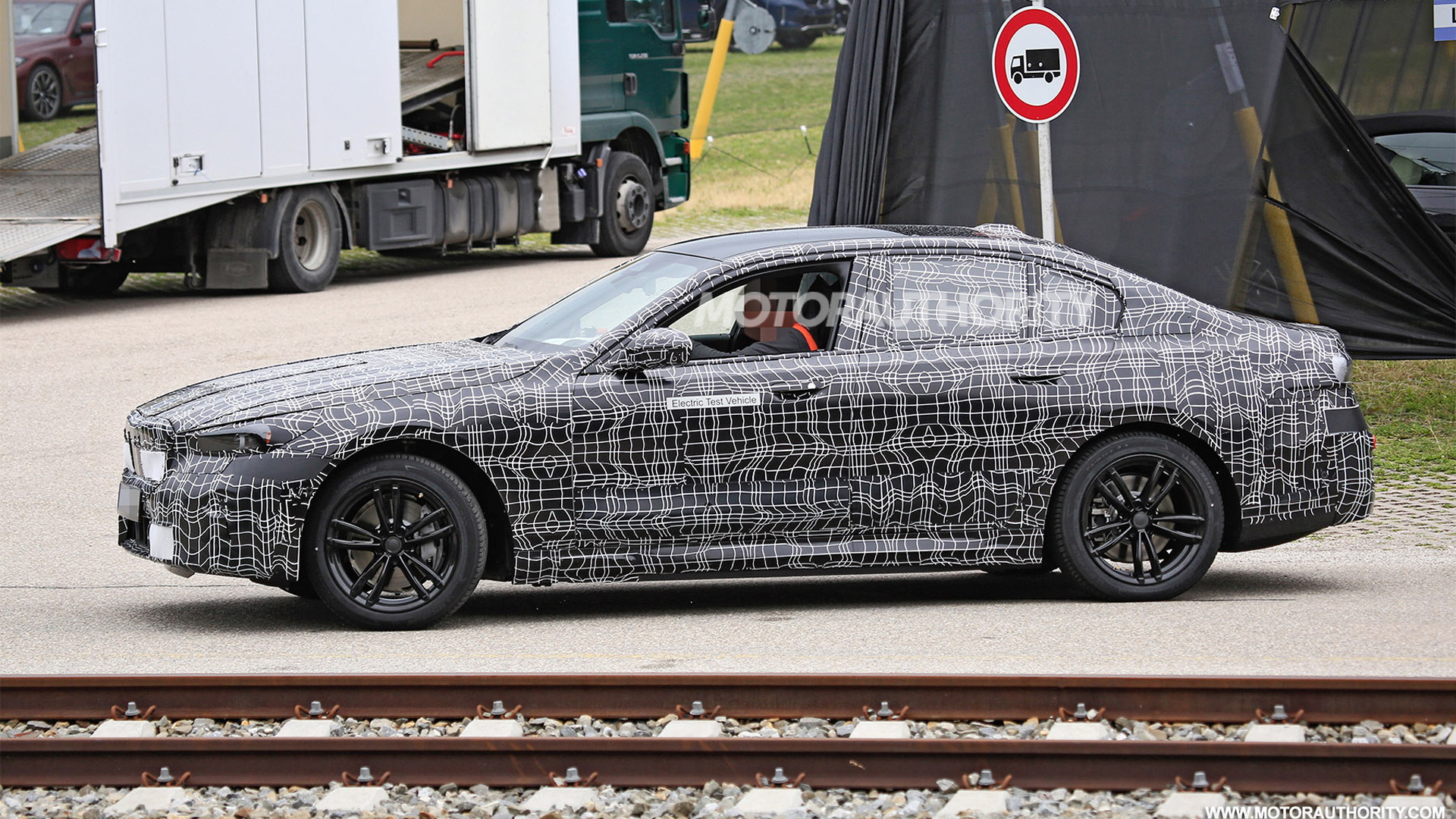 BMW is currently testing prototypes for a redesigned 5-Series, the nameplate's eighth generation, and our latest spy shots show a prototype for a planned battery-electric version of the mid-size sedan.

The electric 5-Series, which will likely be called an i5, was confirmed last summer. We should see it debut alongside the regular versions of the redesigned 5-Series in 2023. Expect the cars to reach dealerships as 2024 models. 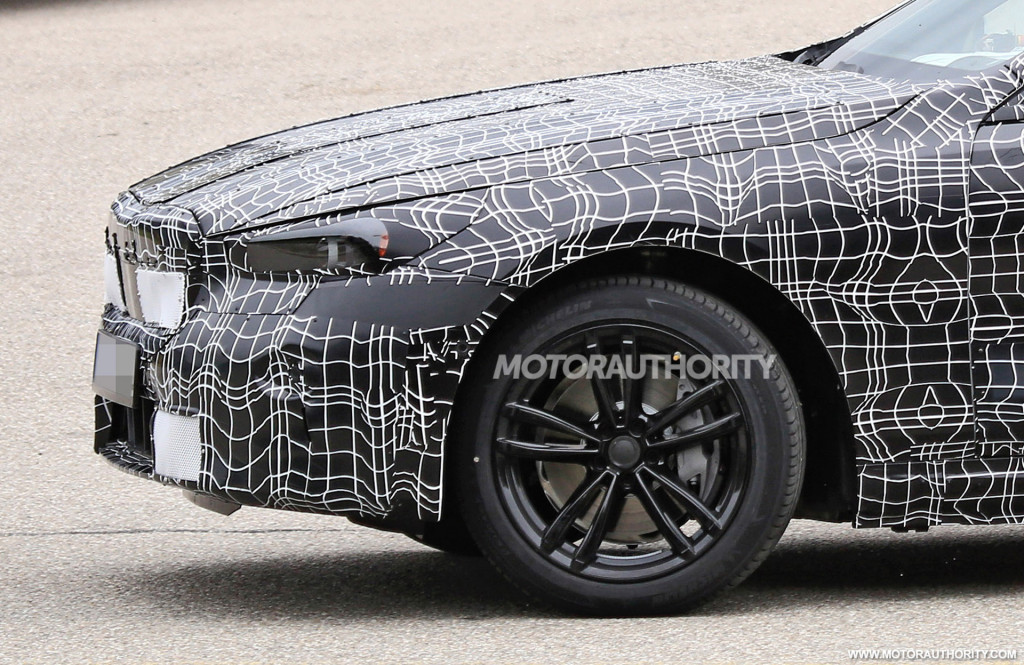 Looking closely at this i5 prototype, we can see that the grille is sealed off. The tester also lacks exhaust tips, and there's no missing the “Electric Test Vehicle” stickers on the flanks and rear.

It isn't clear what specs the i5 will have but the 4-Series-based i4 on sale in early 2022 may provide some clues. The i4, at least in the United States, arrives with 335 hp, rear-wheel drive, and 300 miles of range in i4 eDrive40 base form. A sportier i4 M50 with 536 hp, all-wheel drive, and 245 miles of range will be available. The battery in each case is a 83.9-kilowatt-hour unit. It's possible the i5 gets more kwh due to its bigger size and weight.

Interestingly, we've heard that the redesigned M5 will also have an electric version. It was reported last year that the next M5 will come with a plug-in hybrid powertrain in standard guise and an electric powertrain in range-topping guise, which would be the first time the super sedan offers more than one powertrain option. We'll have to wait and see.