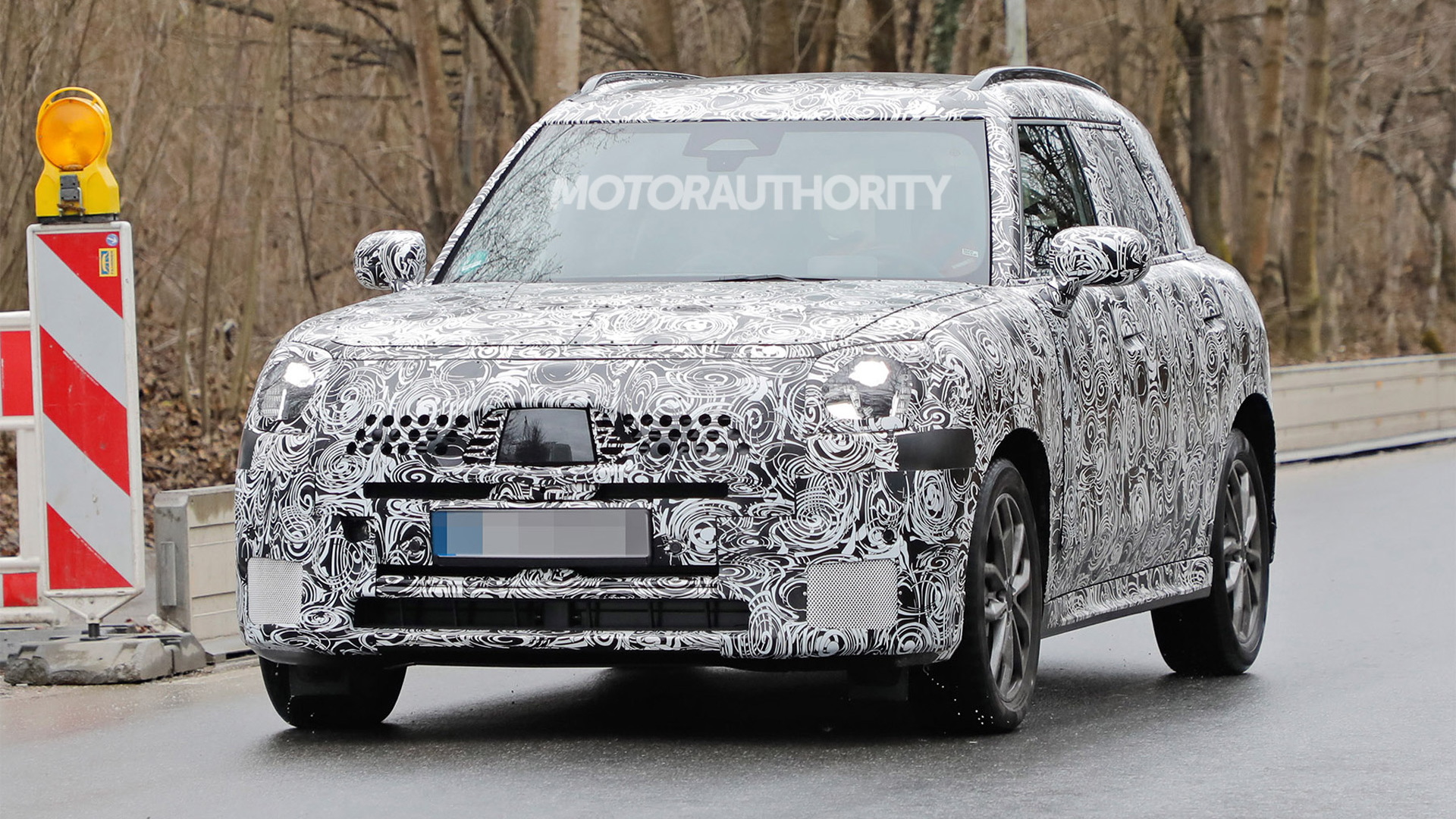 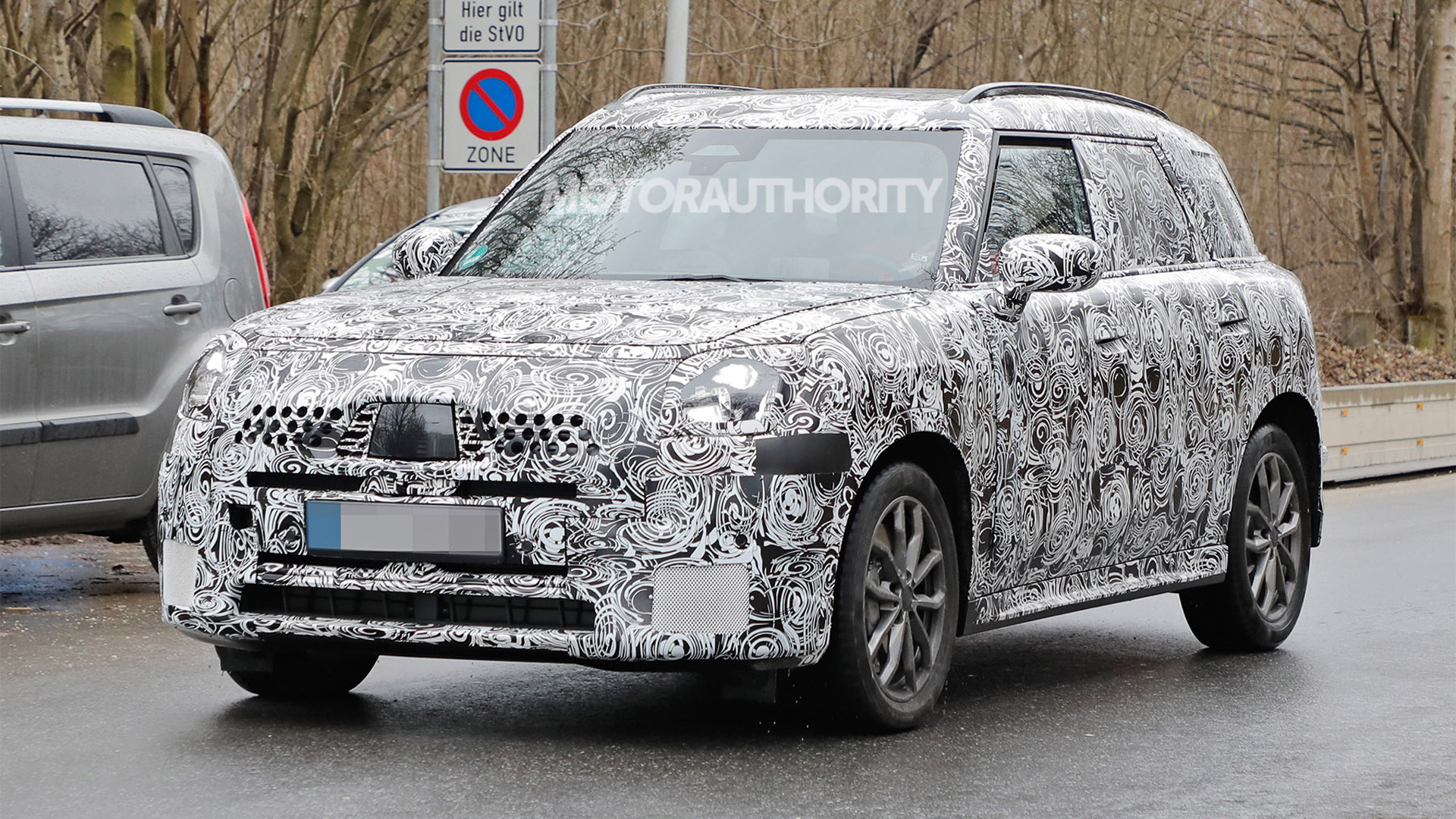 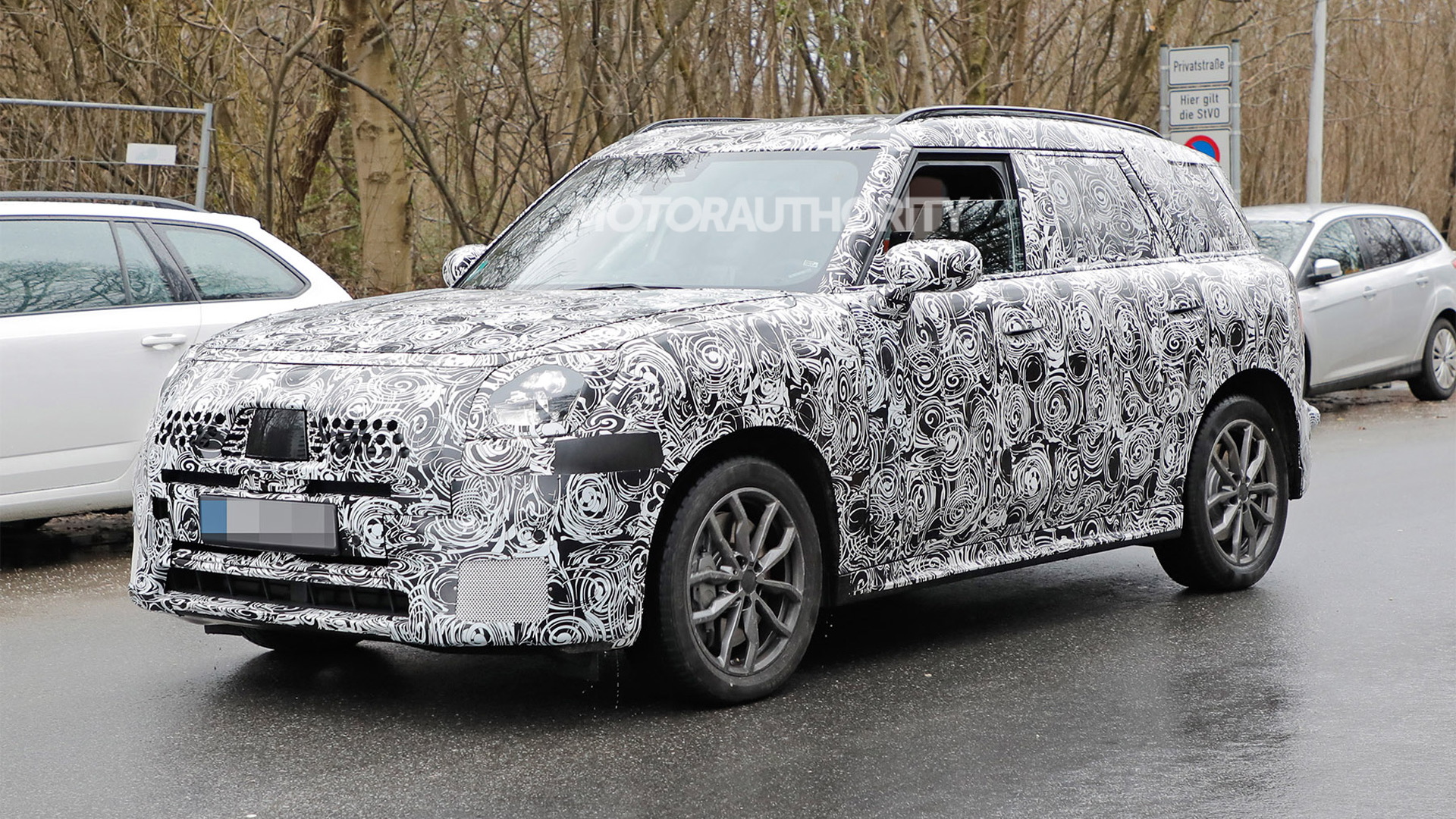 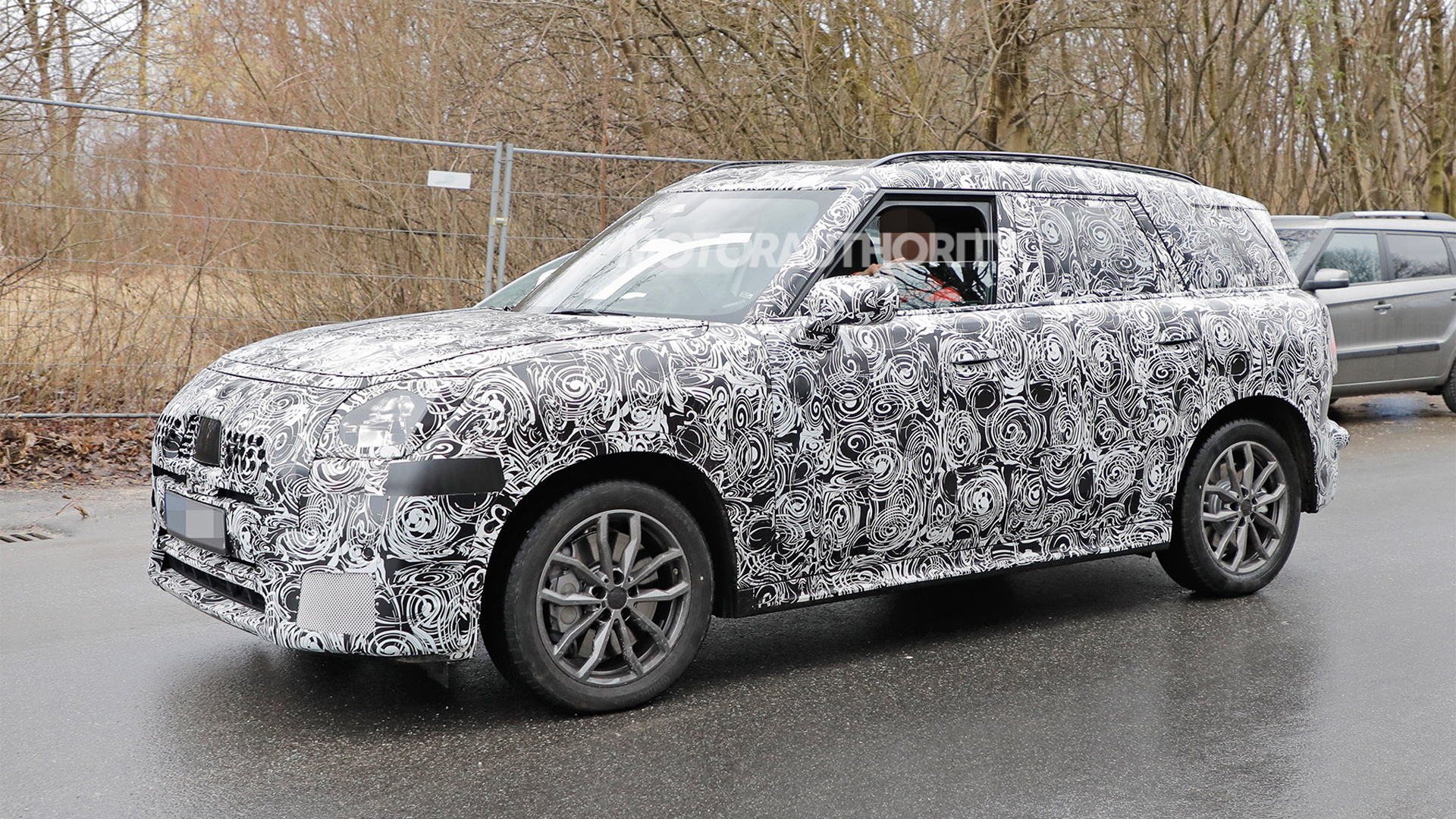 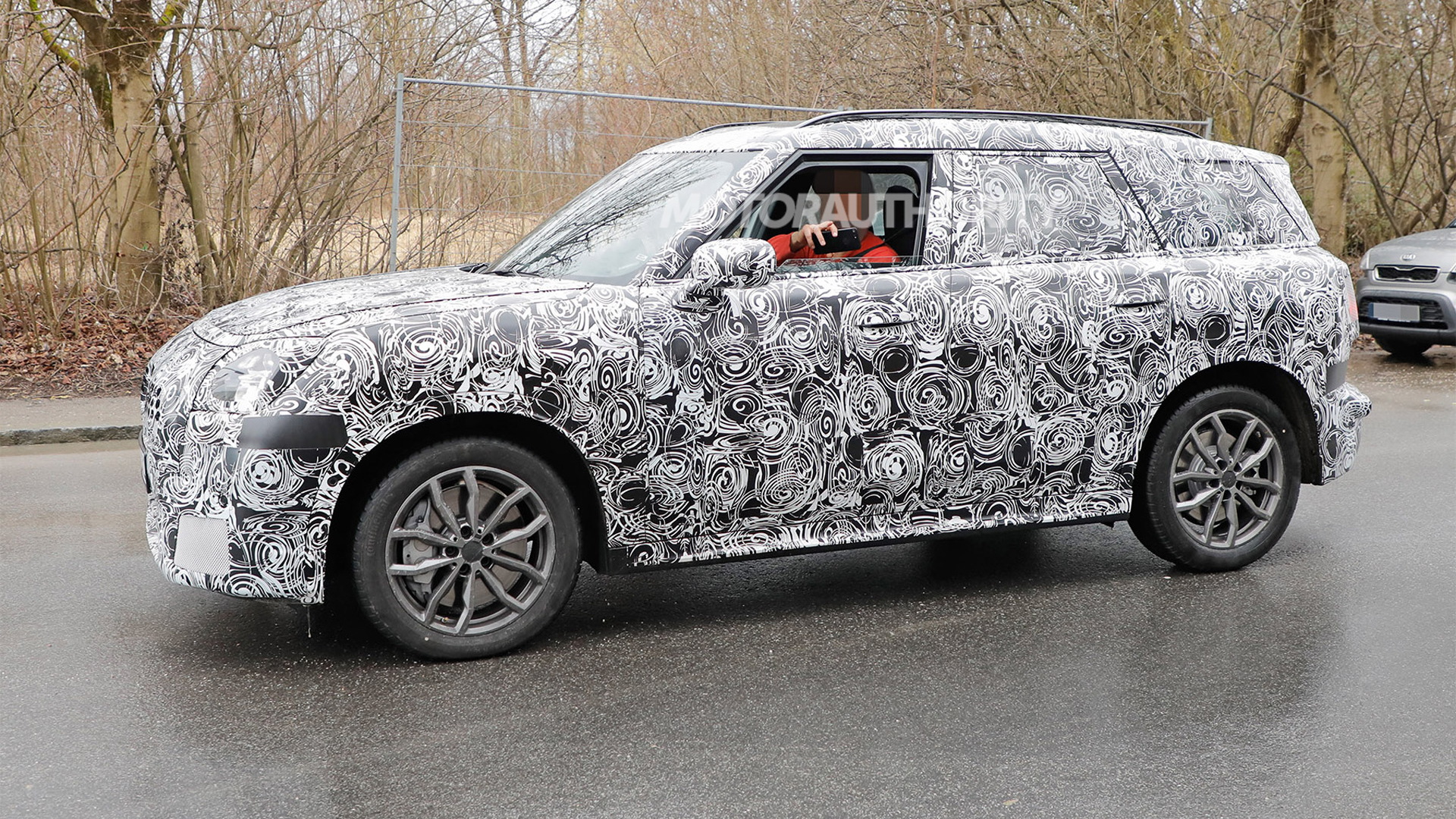 Hot on the heels of a sighting of a prototype for a redesigned Mini Hardtop comes fresh spy shots of the premium small car brand's next Countryman.

The Countryman prototype in our latest spy shots is for a performance-oriented model, as evidenced by the big wheel and brake package, and quad-exhaust tips. We're likely looking at the Cooper S grade, as the more potent John Cooper Works grade traditionally isn't available at launch. 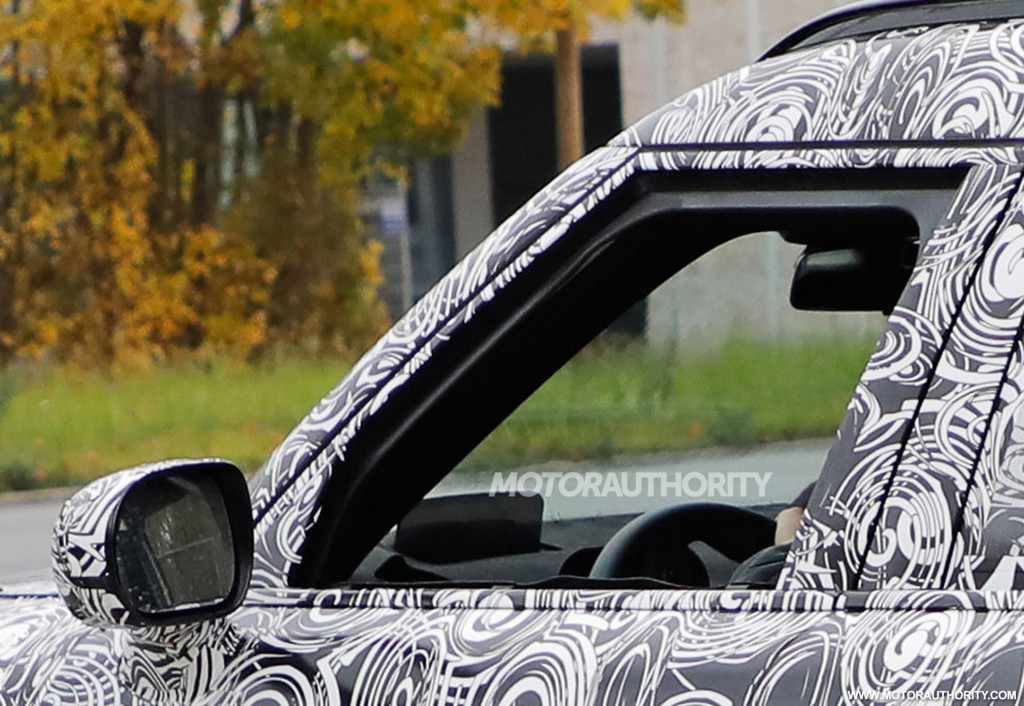 We can see that the redesigned Countryman will be longer than the current generation. The extra length is mostly in the wheelbase, which should result in more cabin space. Speaking of the cabin, there is a glimpse of the dash which shows what appears to be a head-up display unit in front of the driver or perhaps simply a screen.

The bigger size of the redesigned Countryman is to increase the vehicle's appeal in more markets, particularly the U.S. It's also to make way for a smaller crossover, a concept for which is coming this year. This one will be a dedicated electric electric vehicle developed by Spotlight Automotive, the Chinese joint venture between Mini and Great Wall Motors established in 2019. It's also due in 2023 and there are rumors it will revive the Paceman name.

Around 2024, Mini will add a third crossover. This one will be bigger than the Countryman to target buyers in the U.S. A potential name for this crossover is Traveller. 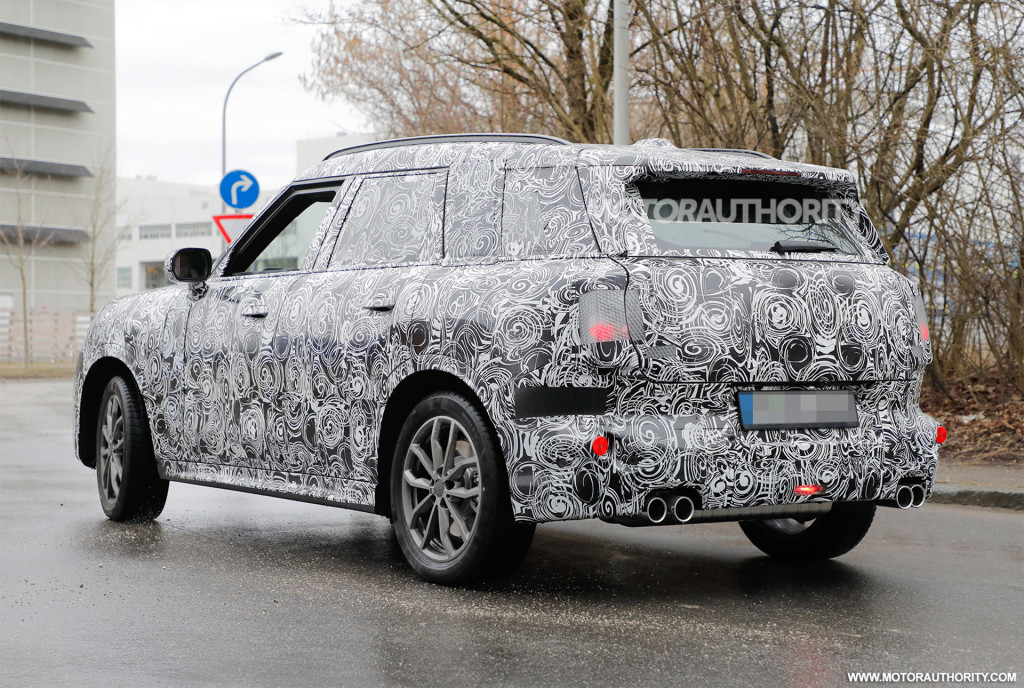 But getting back to the redesigned Countryman. Mini is developing it on BMW Group's FAAR platform for front-wheel-drive cars. It will be a close cousin of the redesigned BMW X1 due out in 2022, with the two vehicles to share a production line at a plant in Leipzig, Germany. The current generation has been in production since 2016 at a plant in the Netherlands operated by independent vehicle manufacturer VDL Nedcar.

Mini has confirmed that it will offer an electric version of the redesigned Countryman. There will still be gas-powered versions, as well as a plug-in hybrid. Expect the base Cooper to continue with a 1.5-liter turbocharged inline-3. A 2.0-liter turbocharged inline-4 should feature in the Cooper S and possibly in the John Cooper Works, though we know Mini is already working on a high-performance electric powertrain for future JCW models.

Note, this will be the last generation of the Countryman with internal-combustion power. Mini has confirmed that it will only introduce electric vehicles starting from 2025.