With a $2.2 million price tag and a production run limited to 106 cars, the McLaren Speedtail is a supercar that demands to be handled with care. This video shows how professionals detail one of these rare machines, and apply paint-protection film to keep it in pristine condition.

The car appears clean, but still gets thoroughly washed to remove and traces of dirt, grease, or oil. That includes rinsing with warm water, and using foam and a cleaning solution to lift off any residue. That's done twice, and then the car is shampooed with a lambswool mitt and two-bucket wash method (which detailer Topaz Detailing says will help prevent paint damage). Finally, a clay bar is used to remove dirt embedded in the clear coat.

The Speedtail then gets detailed, with two stages of machine polishing, and sheets of film are placed over each body panel. The film is made wet so it can be moved into place, similar to waterslide decals on model cars. Water is then pushed out with a squeegee, sealing the film to the body panels—as well as the Speedtail's carbon-fiber wheel covers. Blow drying ensures a firm seal. 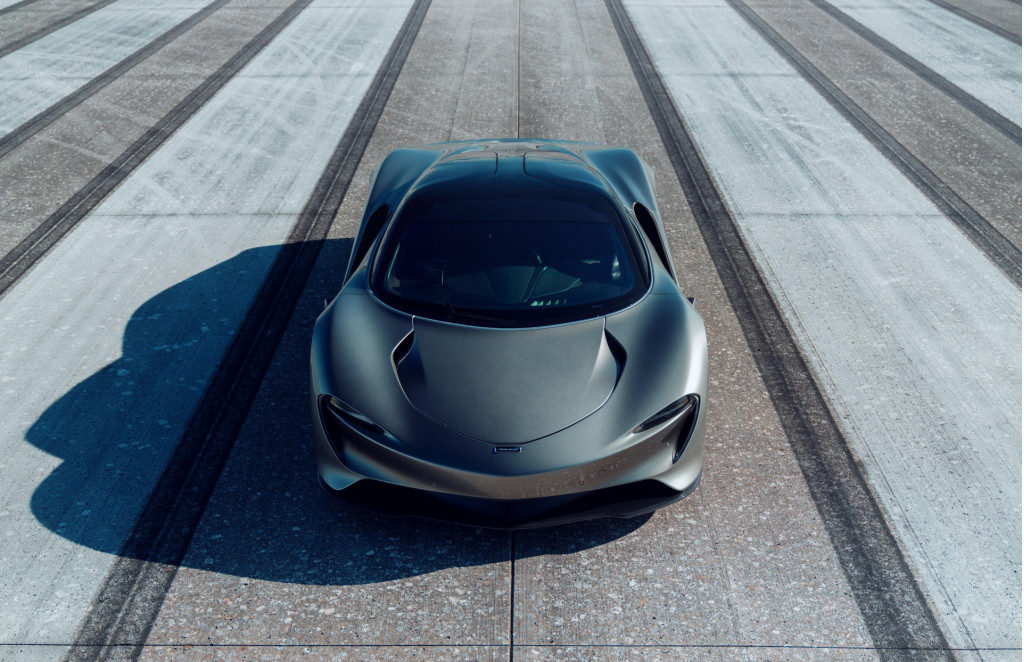 Unveiled in 2018, McLaren considers the Speedtail to be the successor to the legendary F1. However, that car's designer, Gordon Murray, has unveiled his own spiritual successor in the form of the T.50 supercar.

Like the F1, the Speedtail has a three-abreast seating arrangement, placing the driver in the center. It also follows the F1's philosophy of being a road car first, and a track car second. McLaren calls it a "hyper GT."

However, the Speedtail still boasts 1,055 horsepower and 848 pound-feet of torque, courtesy of a hybrid powertrain consisting of a 4.0-liter twin-turbocharged V-8 and a single electric motor. McLaren has confirmed a top speed of 250 mph—or 9.9 mph faster than what the F1 managed.