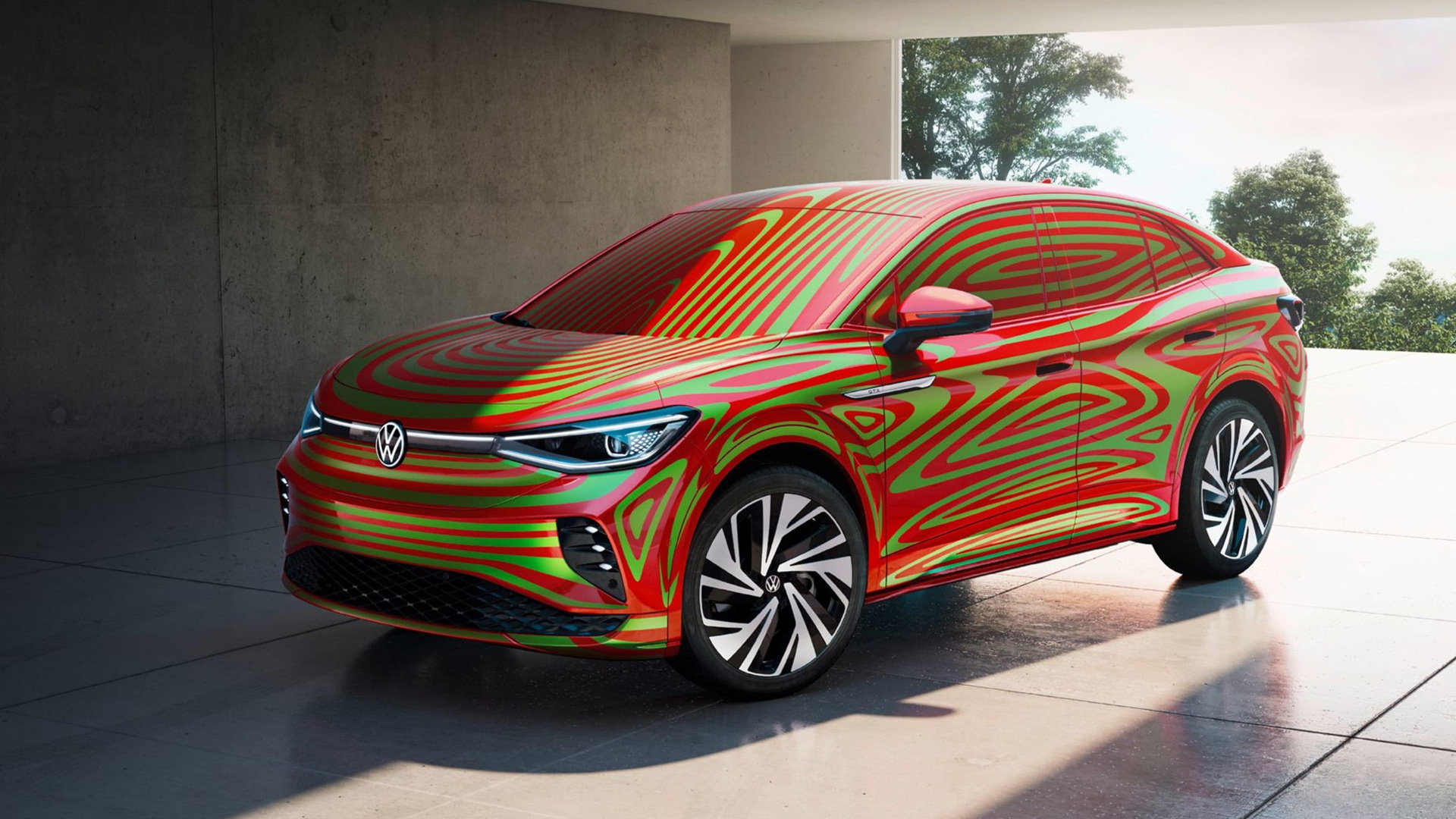 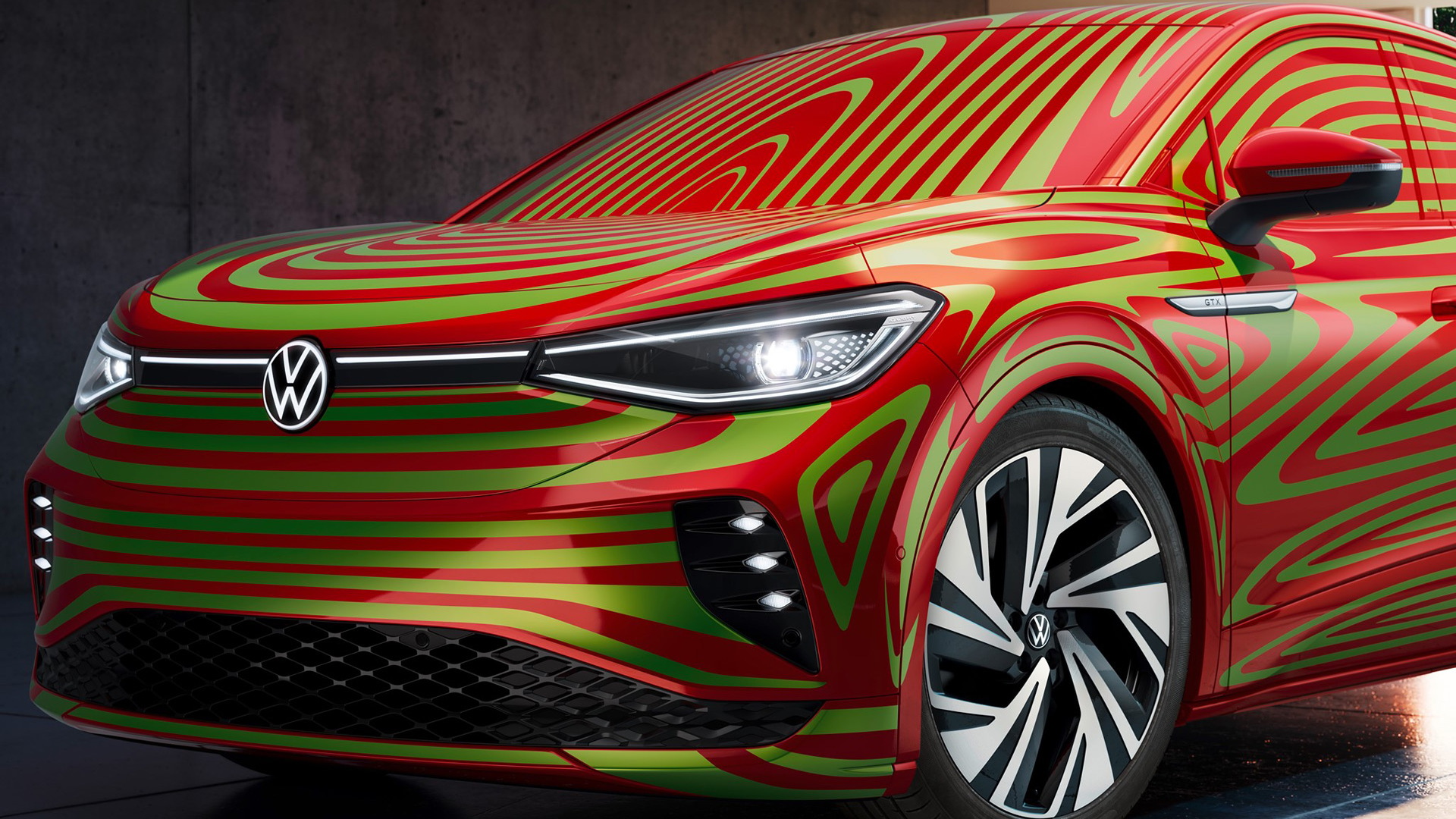 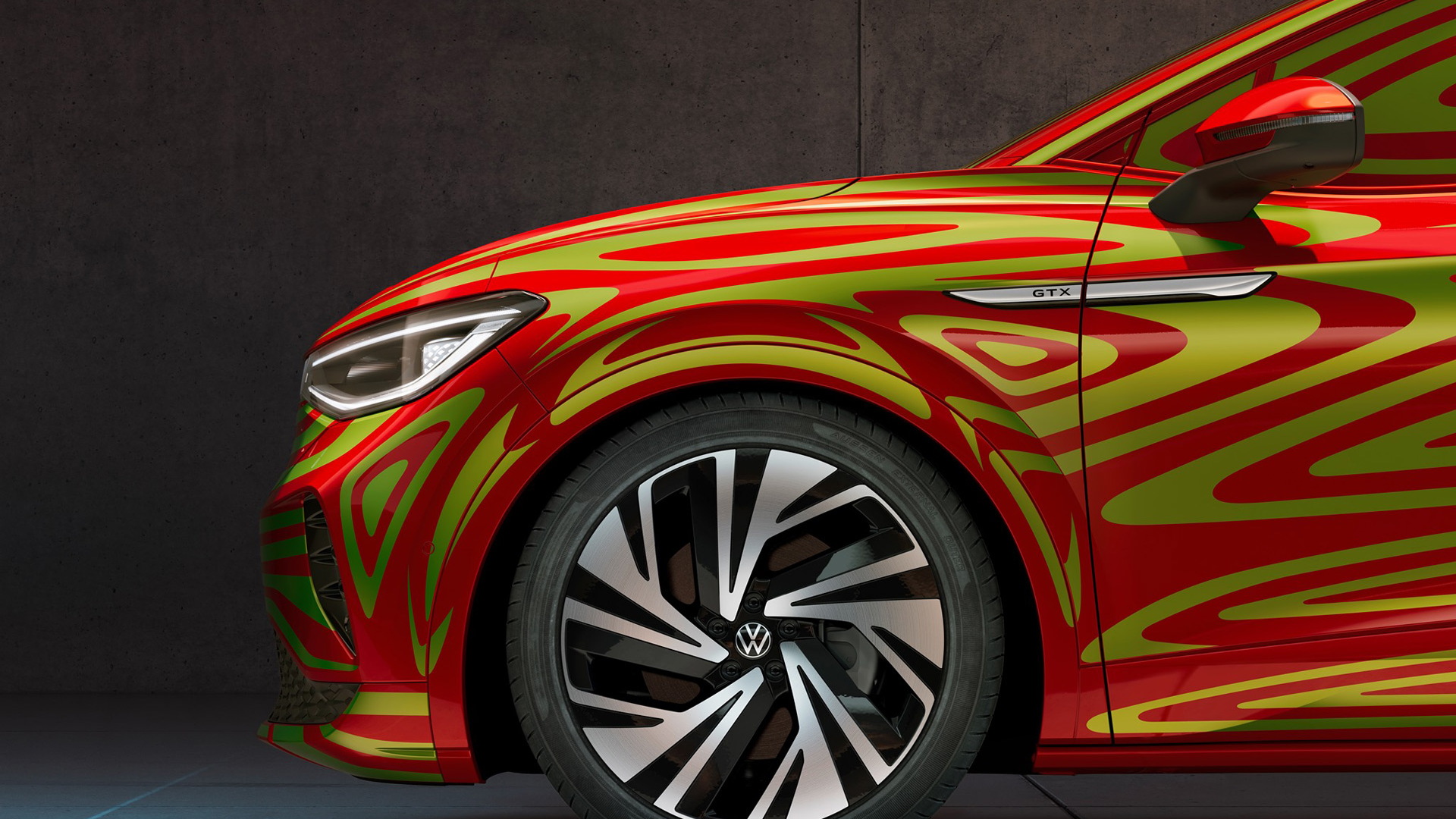 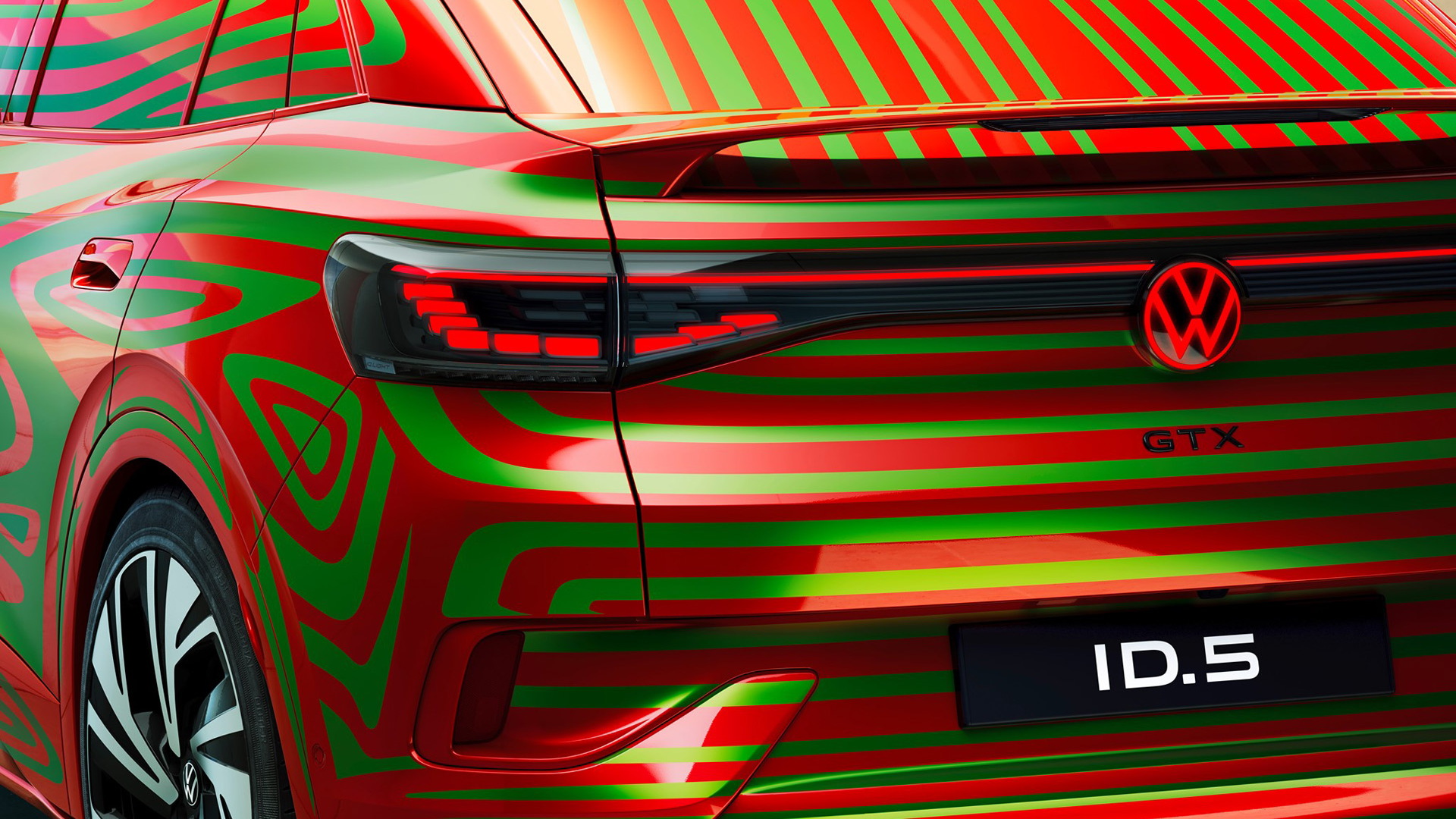 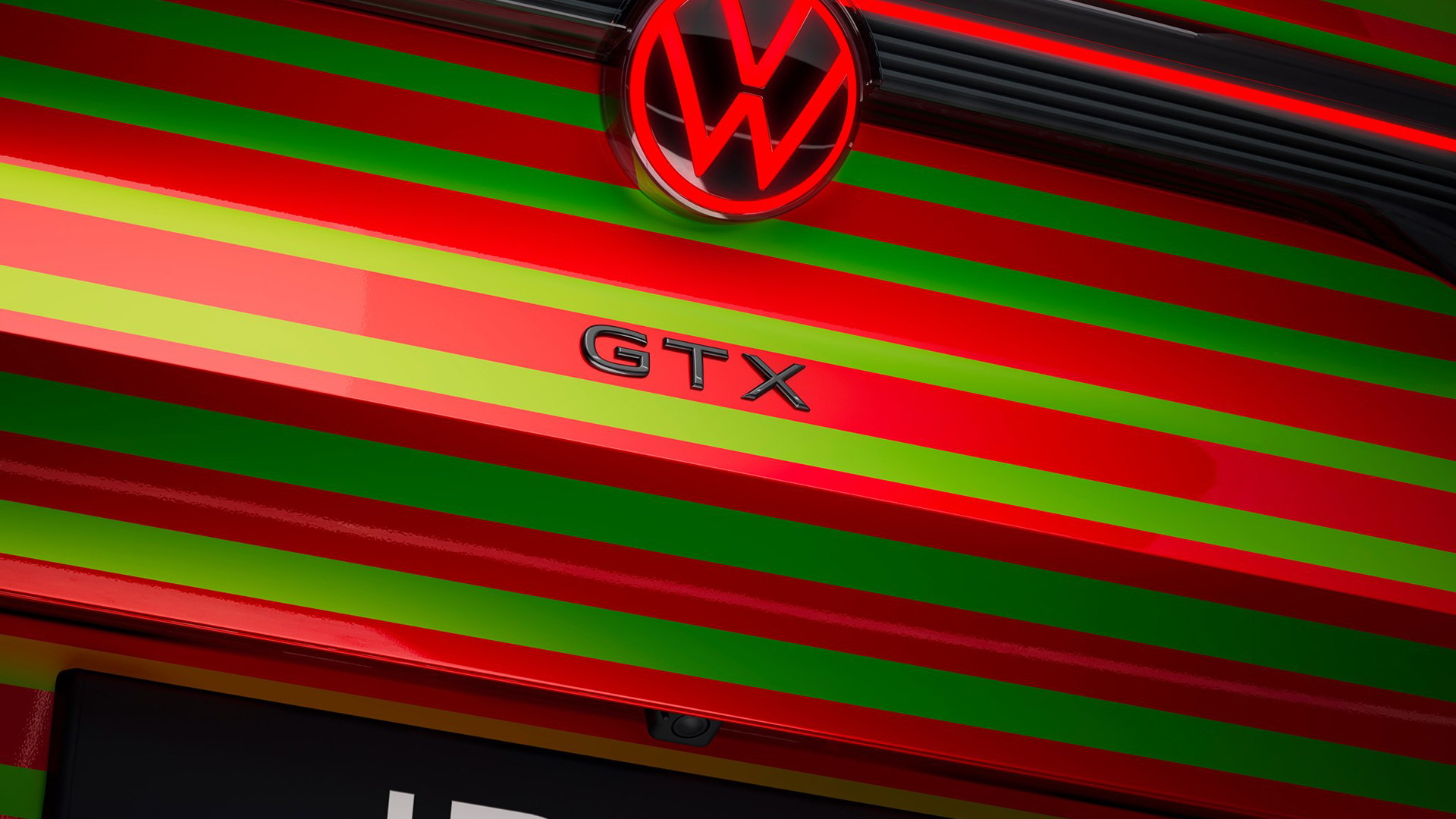 Volkswagen only launched the ID.4 on the market at the start of the year but a new variant of the battery-electric compact crossover is coming up shortly. It's a coupe-like variant to be called the ID.5, and VW plans to reveal it very soon. A debut during September's 2021 Munich auto show is a strong possibility.

We've already spotted prototypes for the ID.5 and in the lead up to the imminent reveal VW has been dropping teaser photos and videos.

Confirmation of the ID.5 was made by VW brand boss Ralf Brandstaetter in February during a presentation at Volkswagen Group's plant in Zwickau, Germany. The plant is where the ID.3 and ID.4 are built, and soon the ID.5 as well.

VW hasn't said whether the ID.5 will reach the United States. However, there's a good chance it makes the trip due to the ID. 4 already being sold here, and eventually destined to be built here as well. The ID.4 will be built at VW Group's plant in Chatanooga, Tennessee, for our market.

Judging from the teaser footage and our own spy shots of a prototype, the ID.5 looks virtually identical to the ID.4 apart from its curved roof which ends in a rear hatch. The ID.5 also sports a small rear spoiler at the base of the rear windshield whereas the regular ID.4 mounts its spoiler at the top.

The interior design should be common to the two crossovers, meaning a 5.3-inch digital instrument cluster in front of the driver and a large infotainment screen (10.0 inches standard and 12.0 inches available) mounted to the dash above the center stack. Storage space will be down on the regular ID.4's 64.2 cubic feet due to the tighter rear cargo hold.

Powertrains should also be common. In the ID.4, there's an 82-kilowatt-hour battery and a single electric motor at the rear axle generating 201 hp as standard, and an all-wheel-drive option with the 82-kwh battery and a dual-motor system good for 302 hp as an option.

VW has more ID-badged EVs in the works. The list includes a subcompact hatch, mid-size sedan and wagon, mid-size crossover, and spiritual successor to the iconic Microbus. Of these future variants, only the Microbus successor has so far been confirmed to reach the U.S. It's due here in 2023 as a 2024 model.