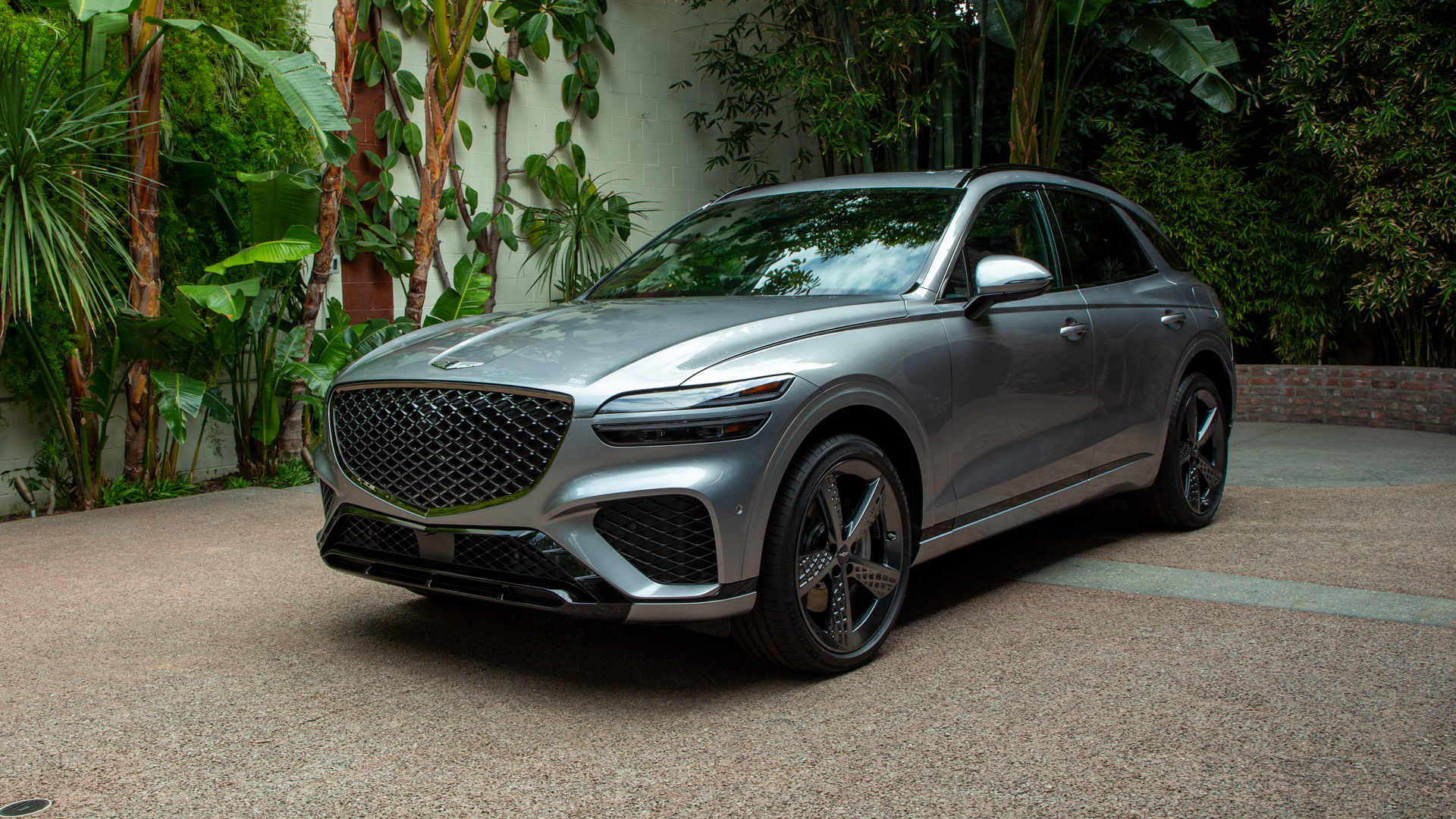 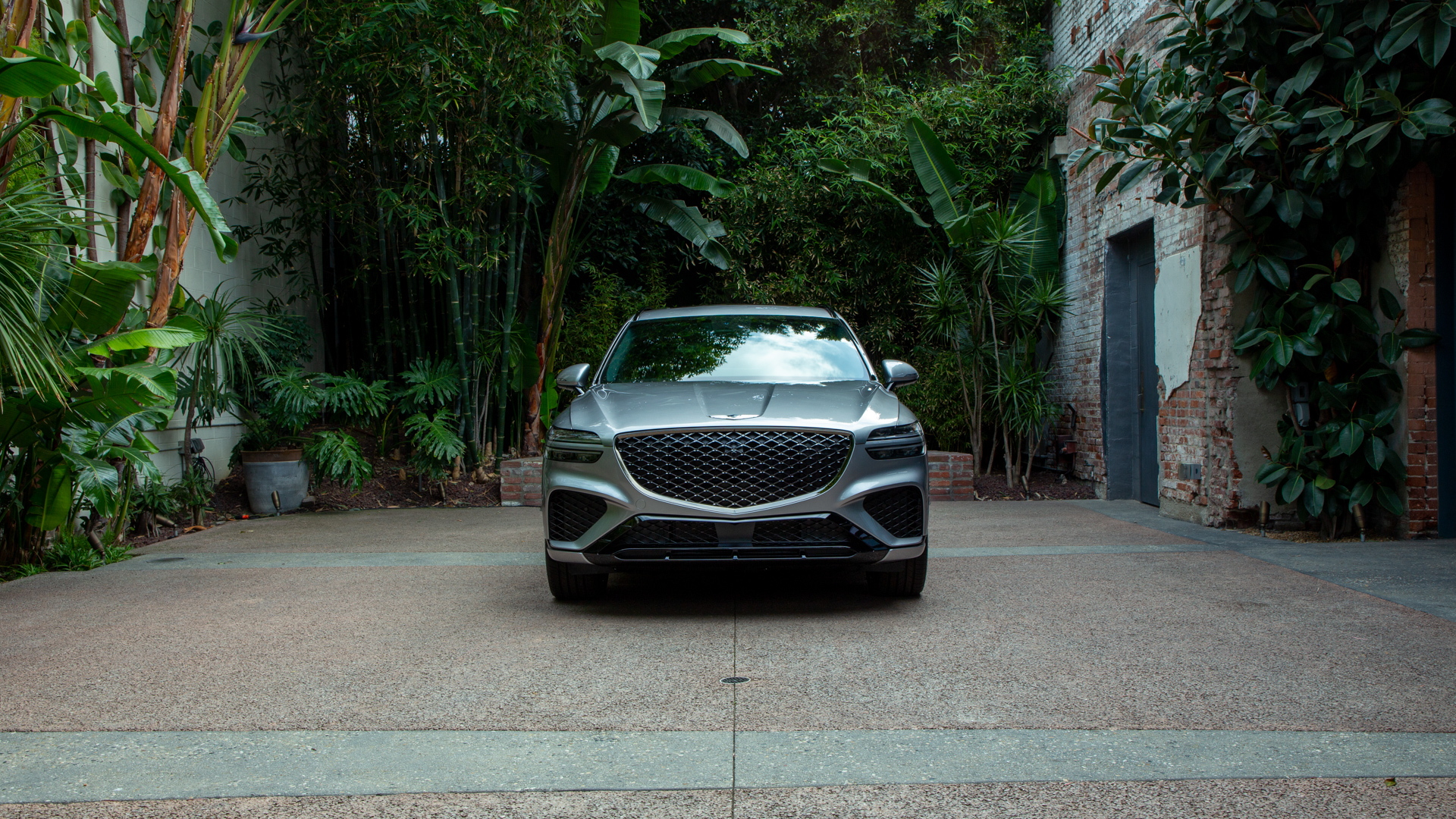 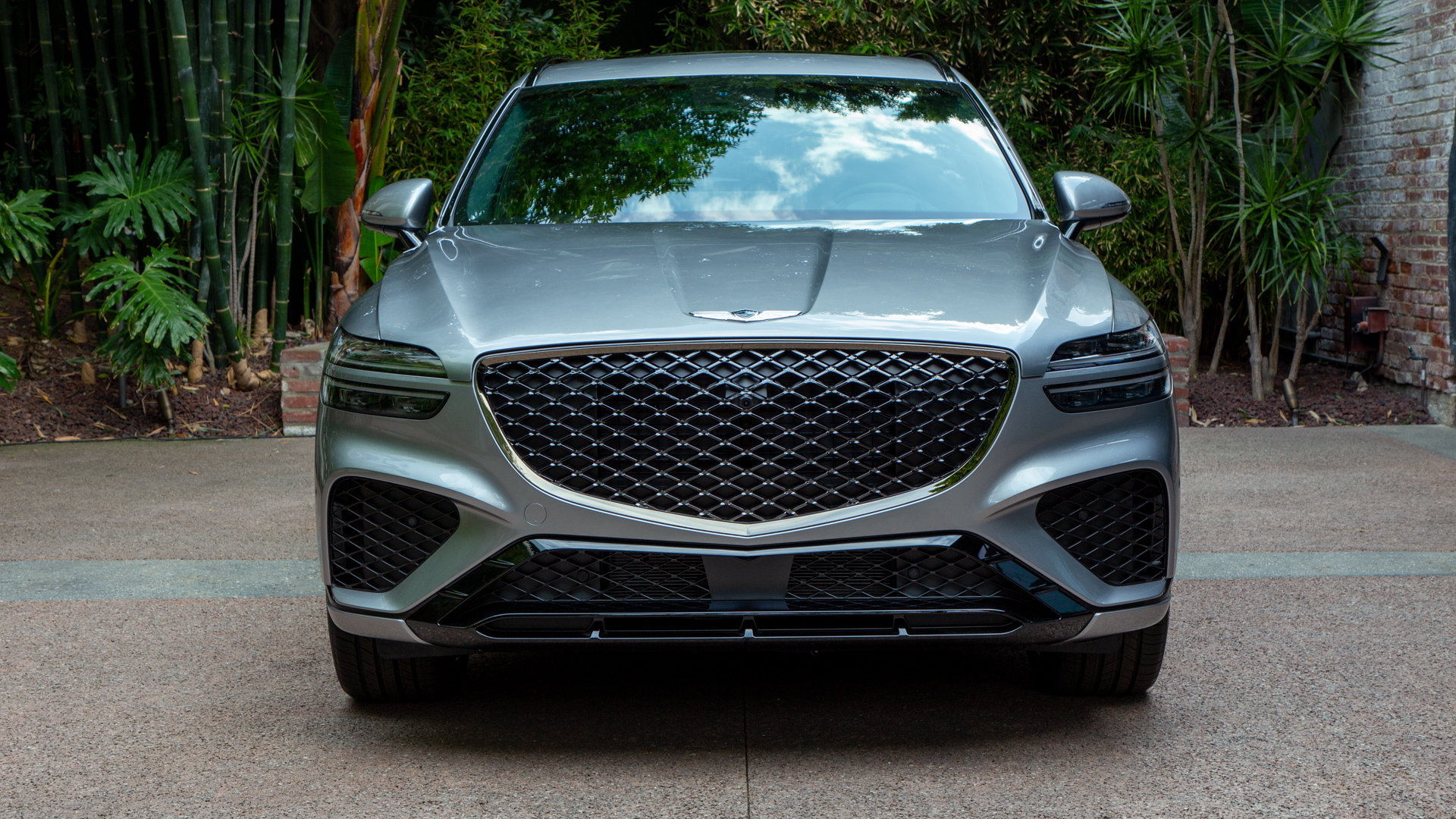 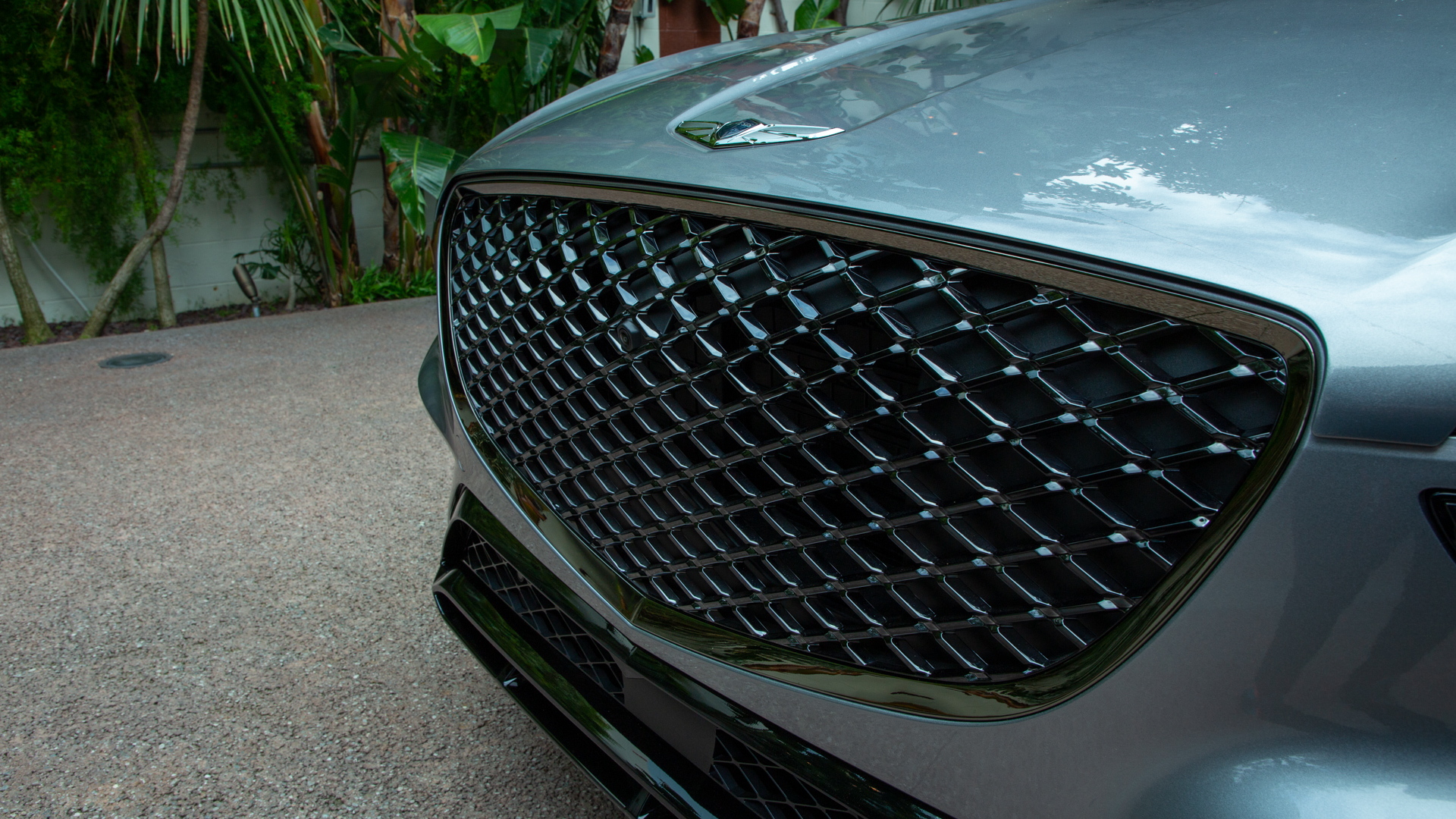 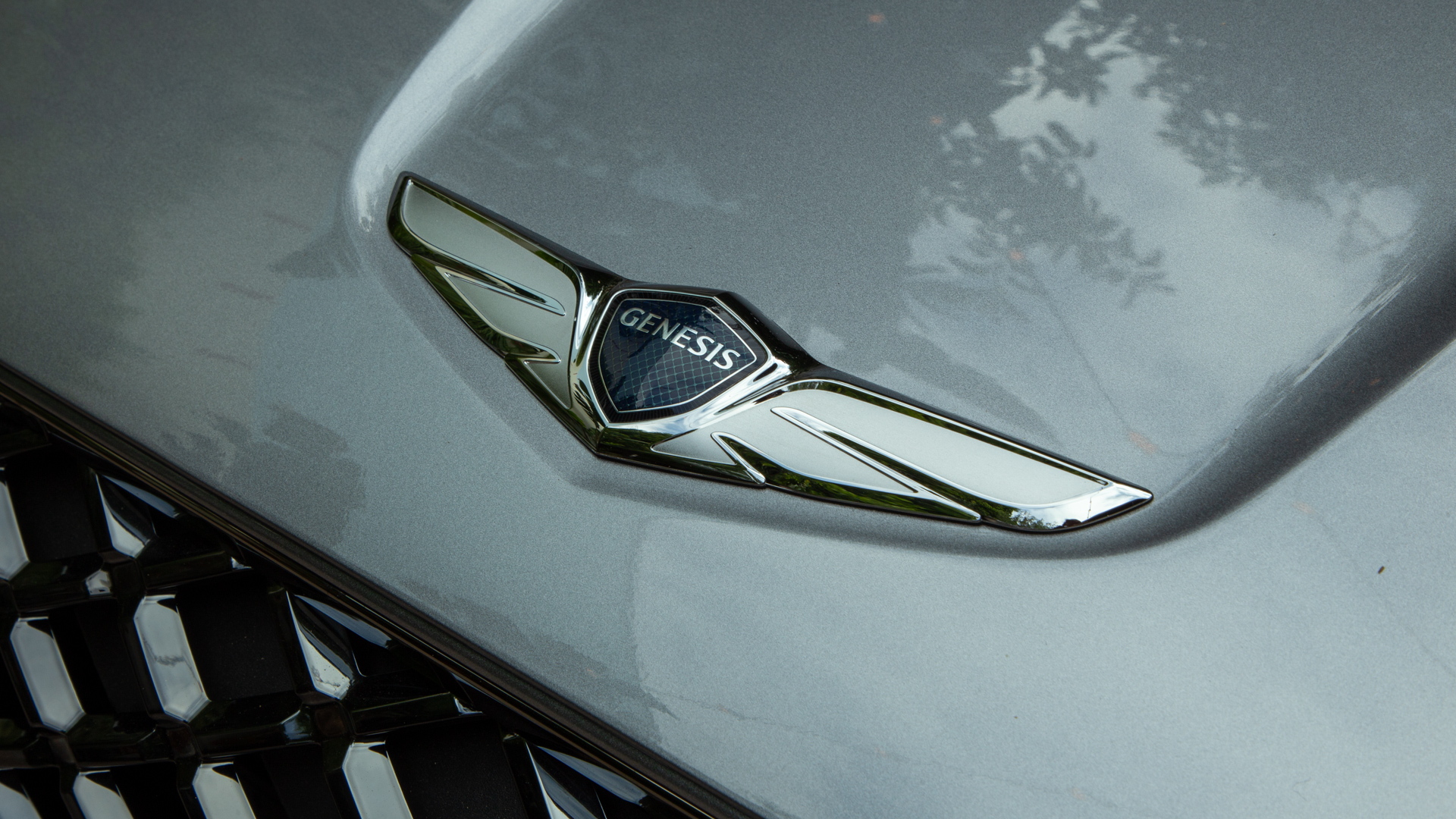 Last October Genesis revealed a new crossover SUV called the GV70, and we'll see it in showrooms this summer as the latest entry in the competitive premium crossover segment.

We’ve known key specifications and powertrain details for some time, but last week Genesis allowed us to get some hands-on time with a pre-production version of the GV70 in Los Angeles.

Genesis' first crossover is the mid-size GV80, which has finally reached showrooms after coronavirus delays quashed the original summer release. The second crossover is this small GV70, and a third, expected to be a compact offering called the GV60, could come only with battery-electric power.

The GV70 is yet another handsome design from Genesis, and one that looks more dynamic than the big and burly GV80. This is emphasized by the more dramatic slope of the roof toward the rear, compared to the flatter roof of the GV80. Otherwise, all the styling cues that have come to represent the Genesis brand are there, like the large crest-shaped grille and quad-light arrangements front and rear.

Buyers will be able to select a Sport Package for the GV70 that adds a more aggressive front fascia, unique wheel patterns, dark chrome exterior accents, and pair of massive exhaust tips integrated into the modified rear fascia. Inside, a three-spoke sport steering wheel is part of the package and buyers get exclusive color and trim options, including carbon-fiber. With this package equipped, the GV70 looks like a serious performance crossover.

Like other models from Genesis, the GV70 is based on a rear-wheel-drive platform, in this case related to the one from the G70 sedan which has just received major updates. High-strength steel is used to increase rigidity, while aluminum is used in some parts, such as the hood and tailgate, to reduce weight.

Though based on the G70, the GV70’s wheelbase is thankfully stretched out by 1.6-inches to 113.2-inches. This doesn’t seem like a large change, but the resulting increase in backseat legroom is a very welcome change versus the G70’s tiny rear seat. Genesis did not provide rear legroom dimensions, but I found that a 5’11'' editor could sit behind himself without stuffing his knees into the back of the driver seat—something that is impossible in the G70. The backseat also reclines quite a bit to give rear passengers a good view out of the available panoramic sunroof.

In the powertrain department, a choice of a 2.5-liter turbocharged inline-4 or twin-turbocharged 3.5-liter V-6 will be available at launch. Expect 300 and 375 hp, respectively, which are the same numbers the engines deliver in the GV80. That portends well for the GV70’s potential performance, since those engines feel spirited in the larger GV80. The weight difference between a G70 and G80 is about 1,000 pounds, so if the difference here is anything close to that, the GV70 will have some serious scoot (and launch control as well for added fun).

A driving mode selector is also included, with Eco, Comfort, Sport, and Custom modes. Vehicles equipped with the Sport Package will feature an additional Sport+ mode.

Inside, the GV70’s luxury bona fides shine through, especially in the Sport Prestige model we crawled over. Materials and design have not dropped off from the GV80 at all, as can be the case for smaller vehicles in a luxury automaker’s lineup. Genesis will offer a multitude of upholstery colors to choose from, including some green/brown designs that are especially eye catching. If the GV70 is priced competitively (as I’m sure it will be given the rest of the Genesis lineup), its interior will punch above its MSRP.

The GV70 isn't the only new Genesis coming up shortly. The G70 sedan is set to spawn a wagon body style for European markets. A dedicated EV is also in the works, and it might end up as the GV60 mentioned above. A battery-electric version of the G80 sedan is also planned.

Unfortunately, plans for a large coupe inspired by 2018's Essentia concept appear to be off the radar as Genesis focuses on higher volume models first.

Pricing, features, and complete specifications for the 2022 GV70 will be announced closer to the  on-sale date.