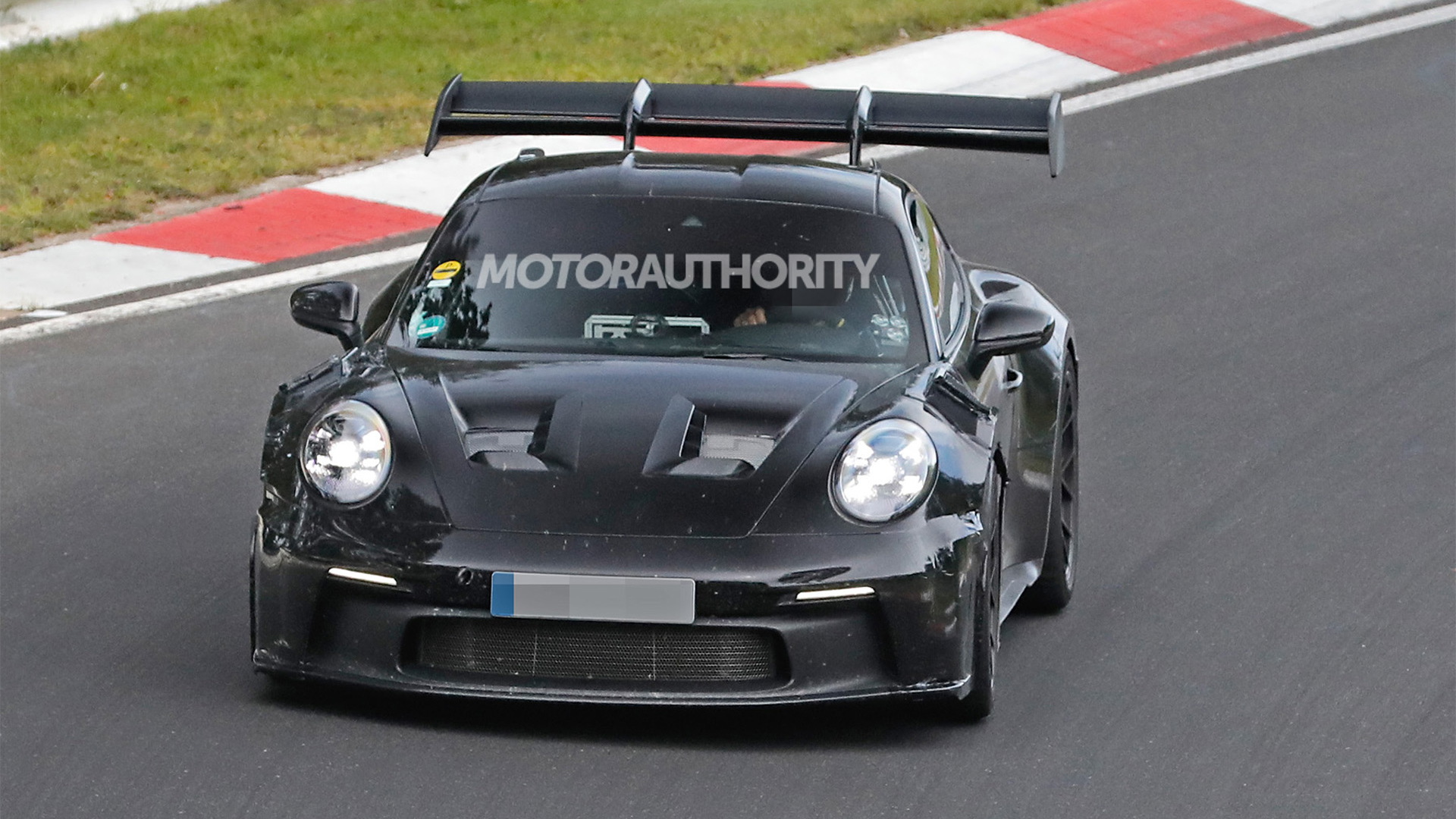 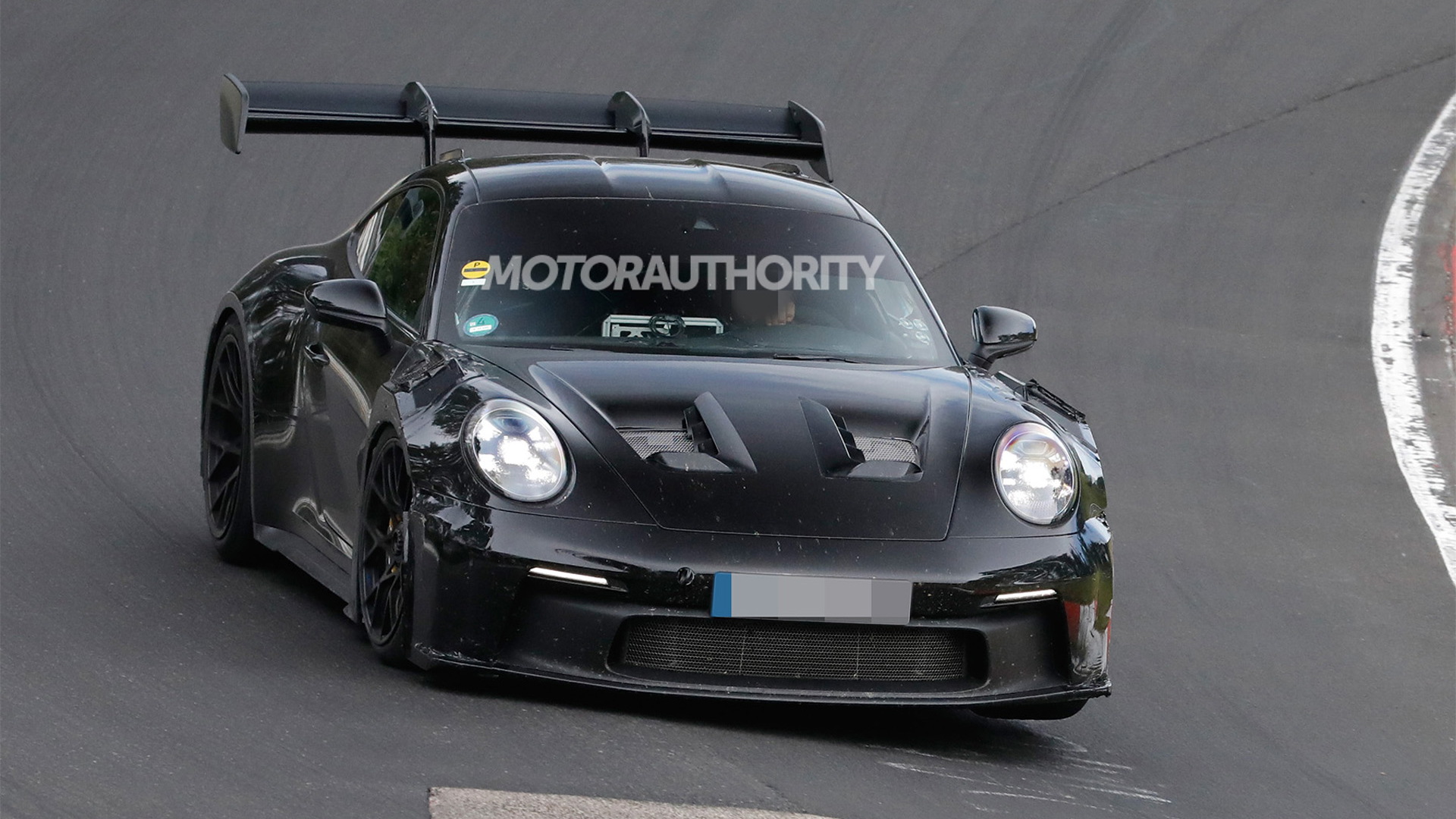 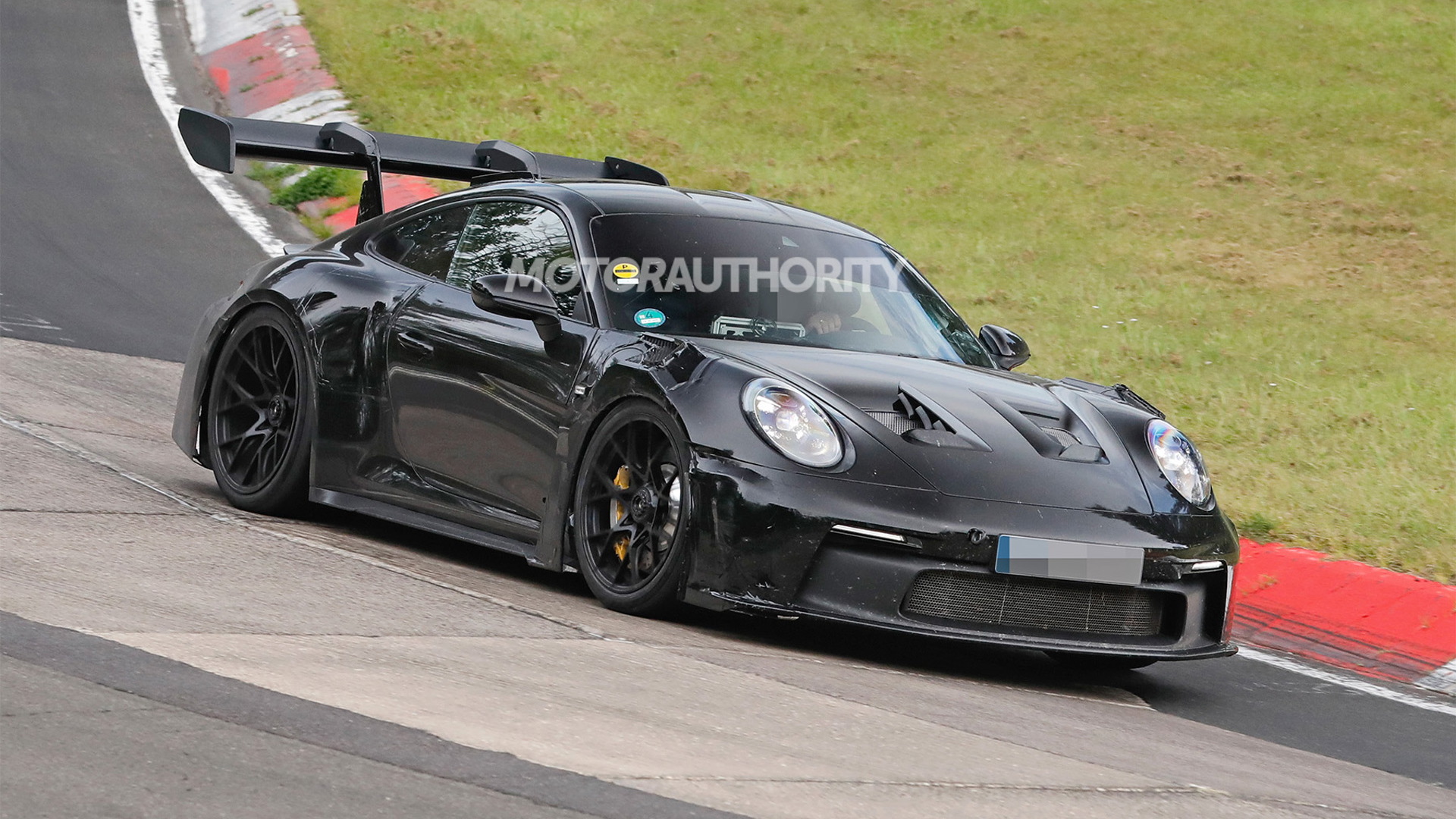 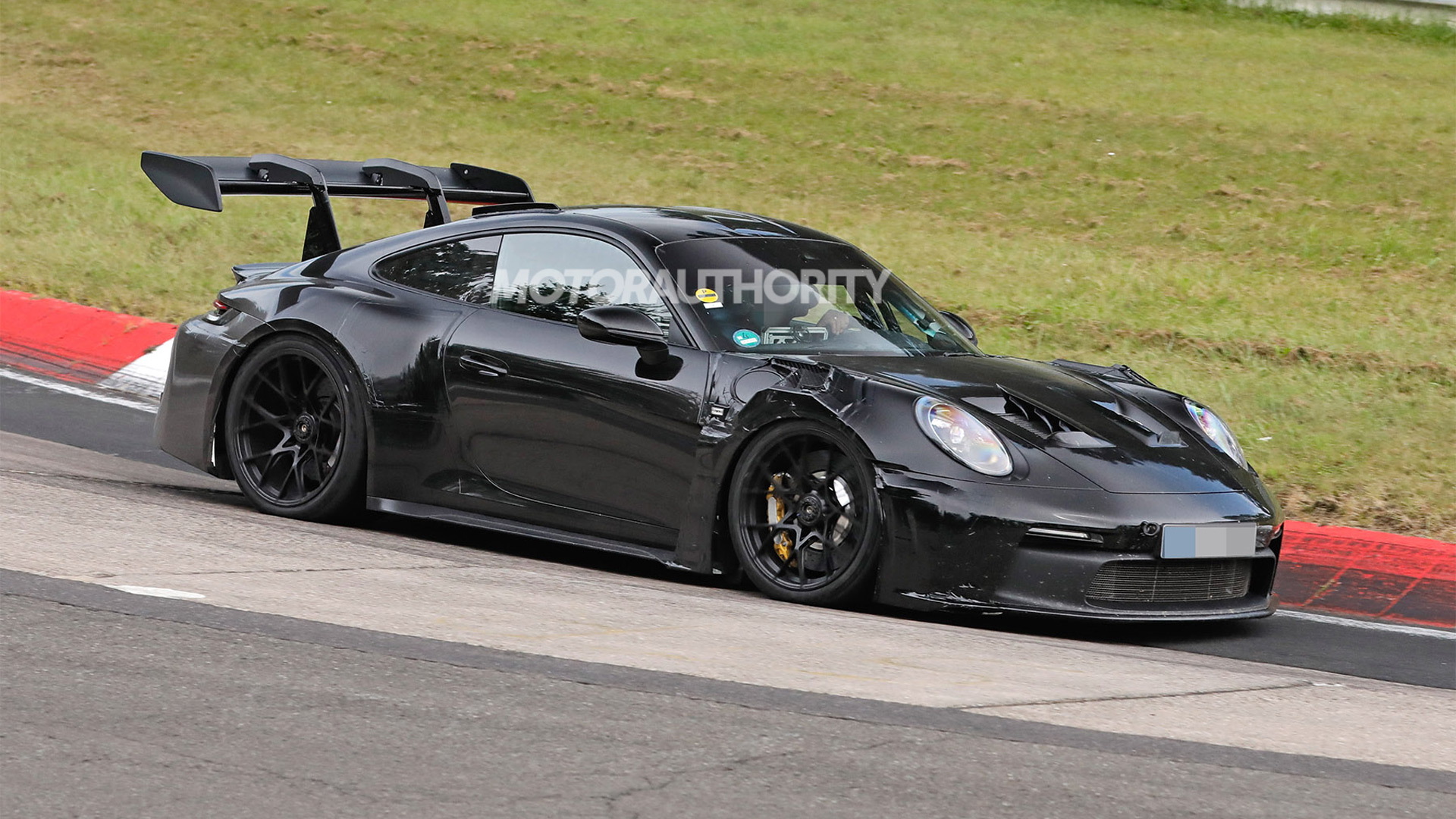 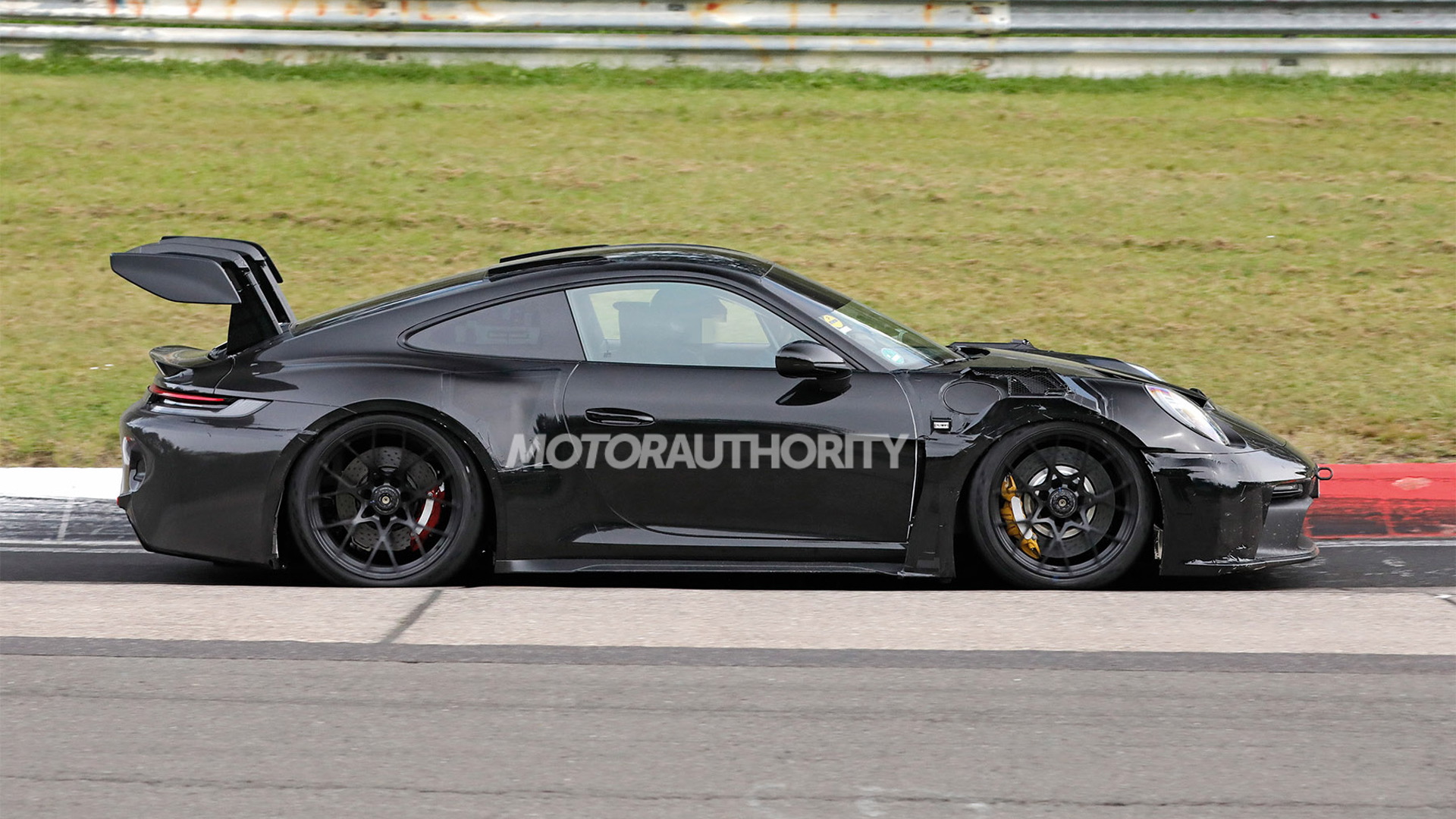 Porsche has only just launched the new GT3 based on the 992-generation 911, but the more hardcore GT3 RS variant is already nearing the final stage of testing.

A prototype has been spotted again at the Nürburgring and on some of the German racetrack's surrounding roads, and it gives us a number of clues about the new track superstar.

Compared to the GT3, the tester for the GT3 RS sports additional vents on the hood and front fenders which look to contain some active elements. There's also a more aggressive front splitter, new side skirts, and a massive, dual-element rear wing with swan-neck struts. As the spy video shows, the wing also has an active element.

The GT3 RS prototype also wears Michelin Pilot Sport Cup 2 tires measuring 265/35R20 up front and what looks to be 325/30R21 at the rear. Huge carbon-ceramic brake rotors can also be seen housed within the center-lock wheels.

The engineers have also attempted to hide the car's side intakes which are a typical feature of the GT3 RS, but not the GT3.

Power will likely come from a 4.0-liter flat-6 mated as standard to an 8-speed dual-clutch transmission. Peak output in the previous GT3 RS was 520 hp and 346 lb-ft of torque from the same type of engine, and we can expect a slight uptick for the new generation.

While the GT3 is closely related to Porsche's 911 GT3 Cup race car, the GT3 RS takes after the more extreme 911 GT3 R racer. Porsche has also been spotted testing the new GT3 R based on the 992-generation 911, with the race car's development likely closely associated with this new GT3 RS. Recall, Porsche's GT3 and GT3 RS are built alongside their motorsport siblings.

One element from racing unique to the GT3 and thus also likely on this GT3 RS is a double-wishbone front suspension that's stiffer and more stable with less body movements under braking compared to the MacPherson strut used in other 911 variants.