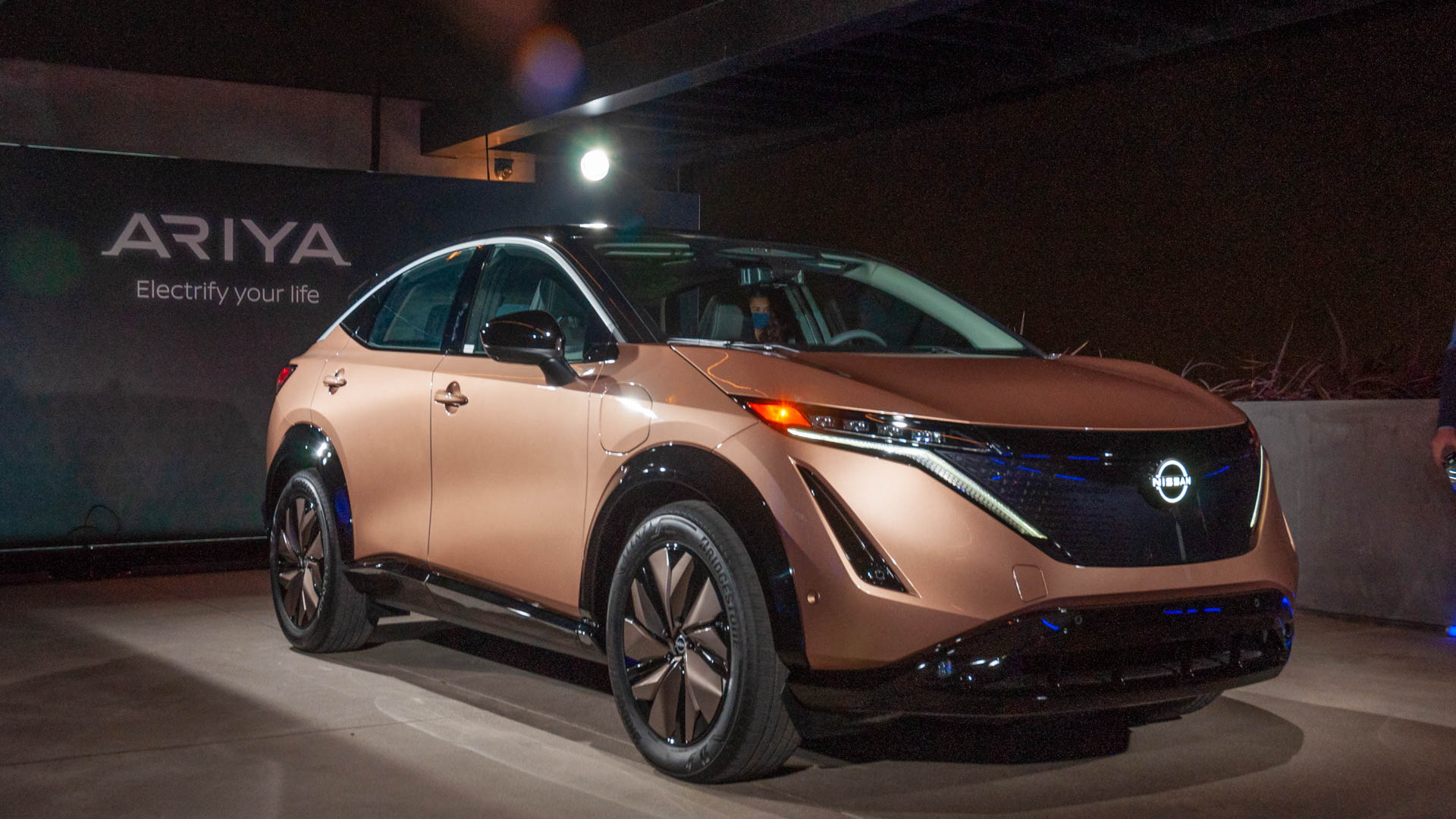 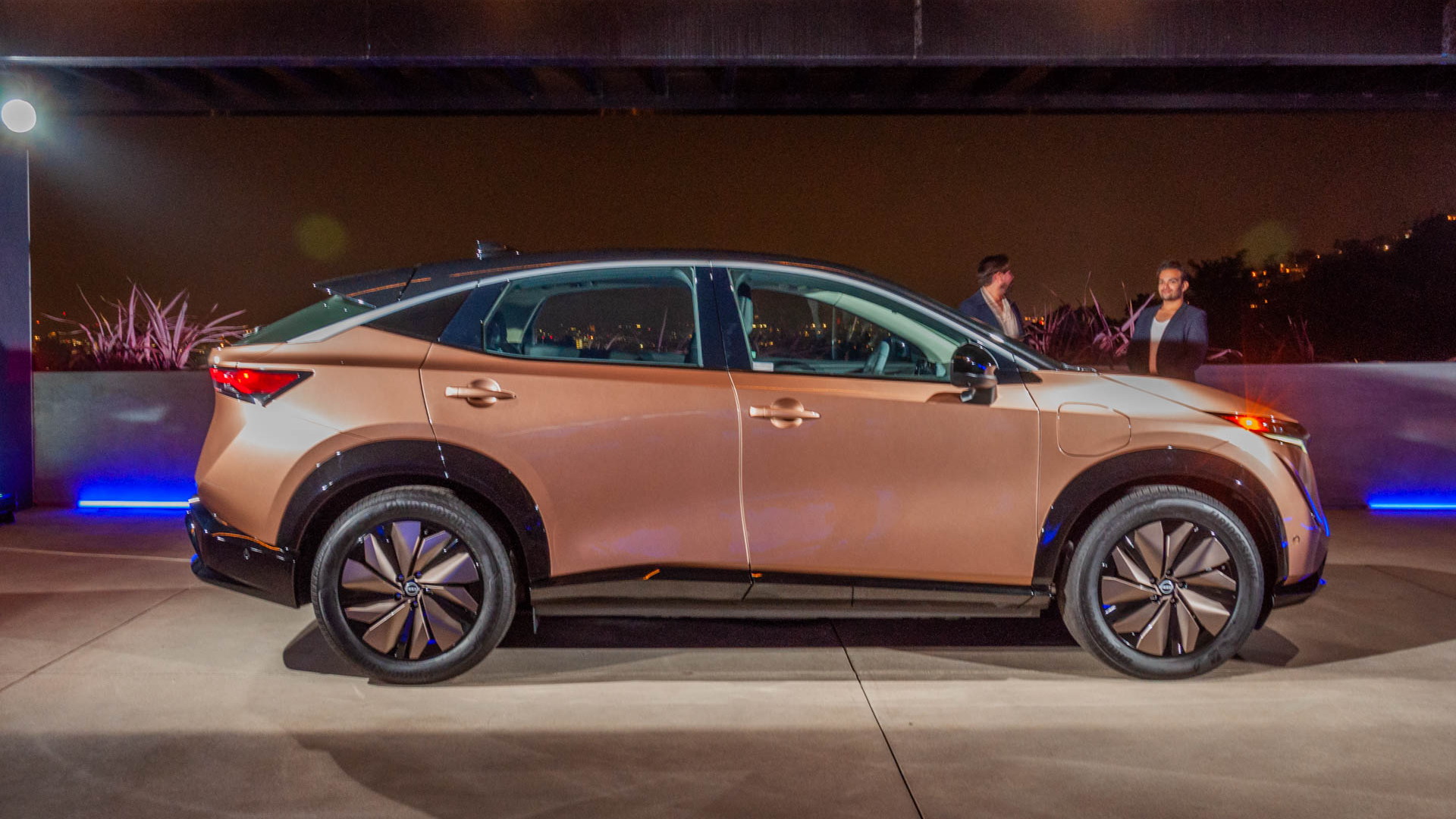 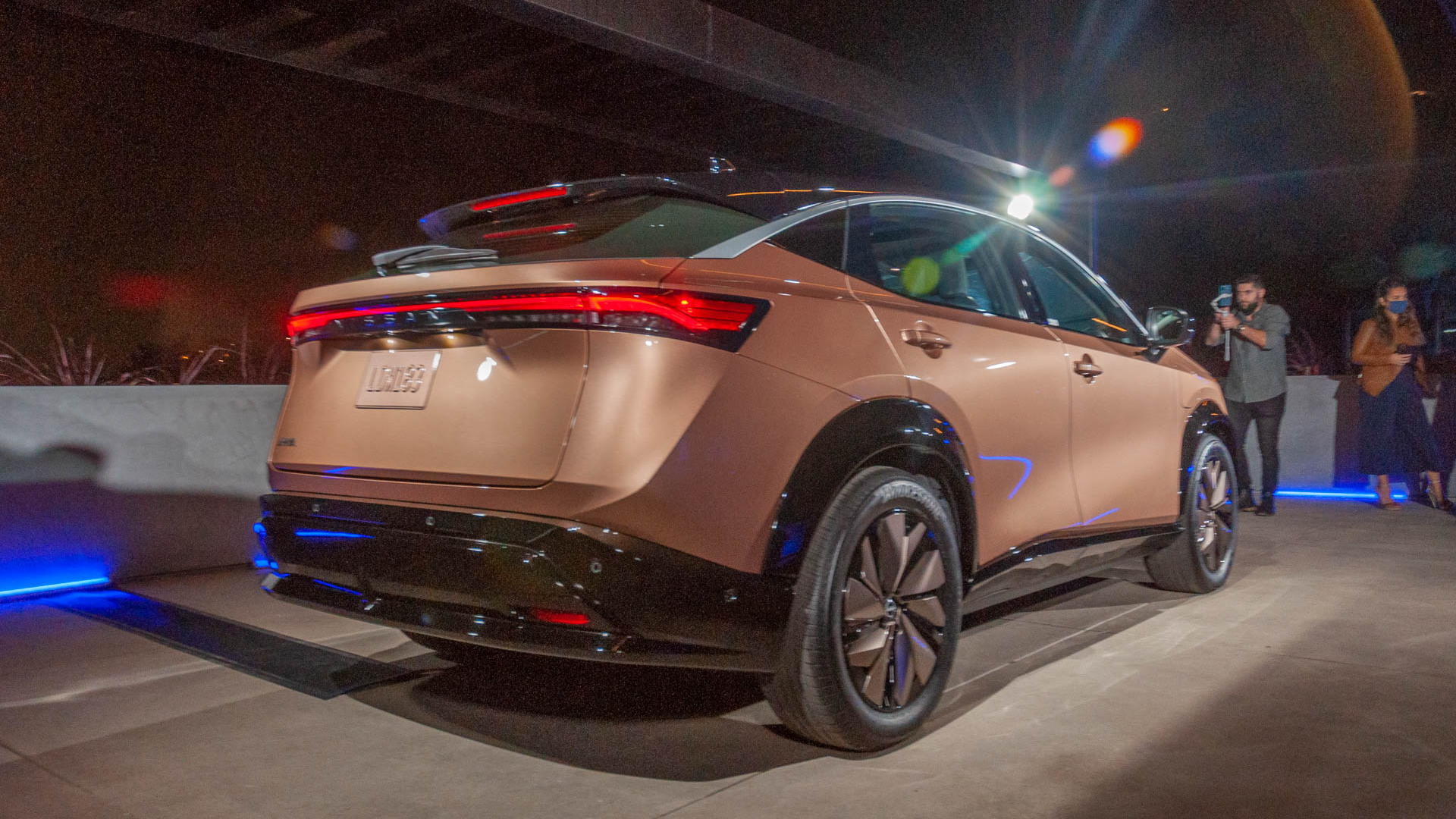 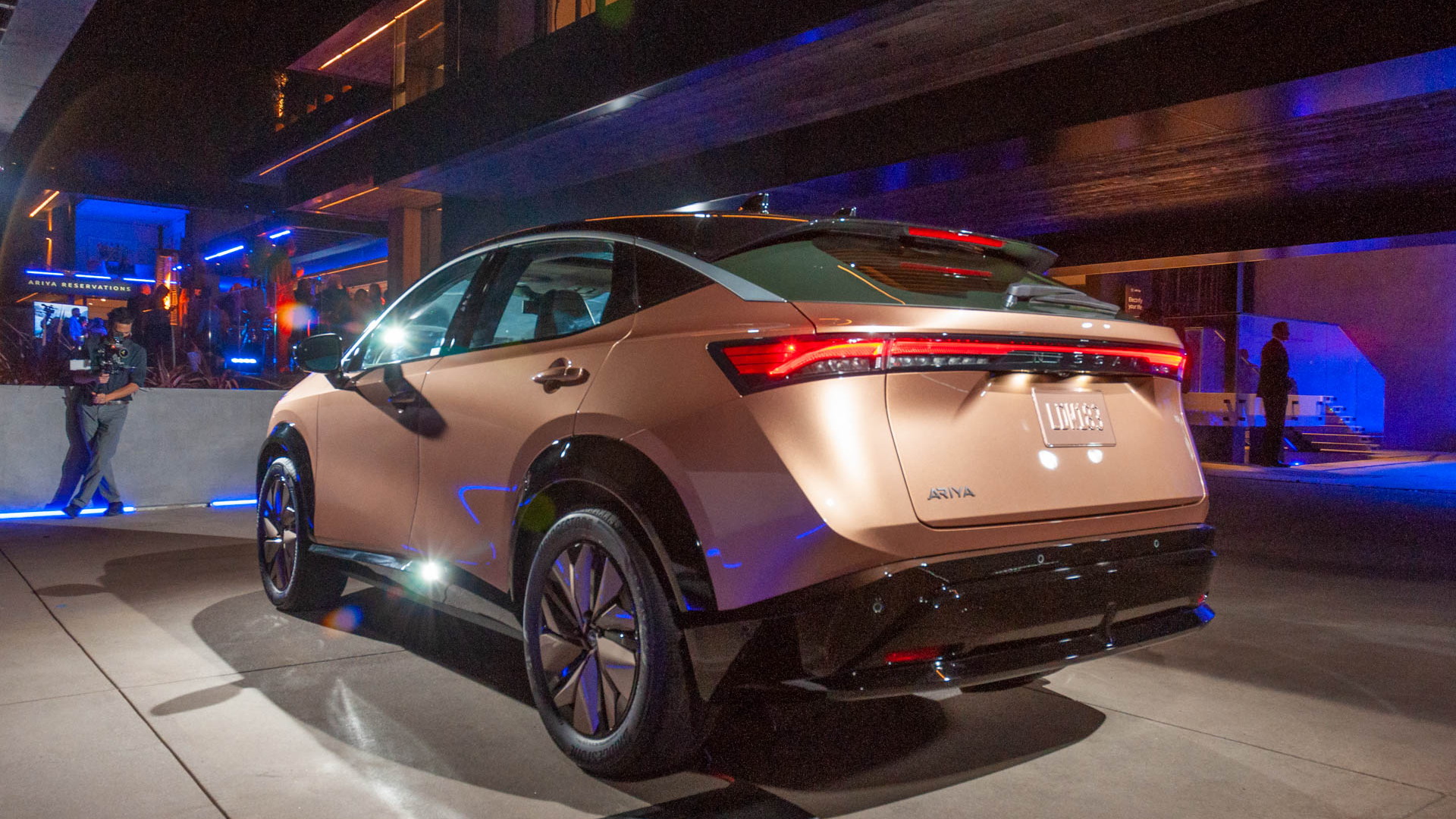 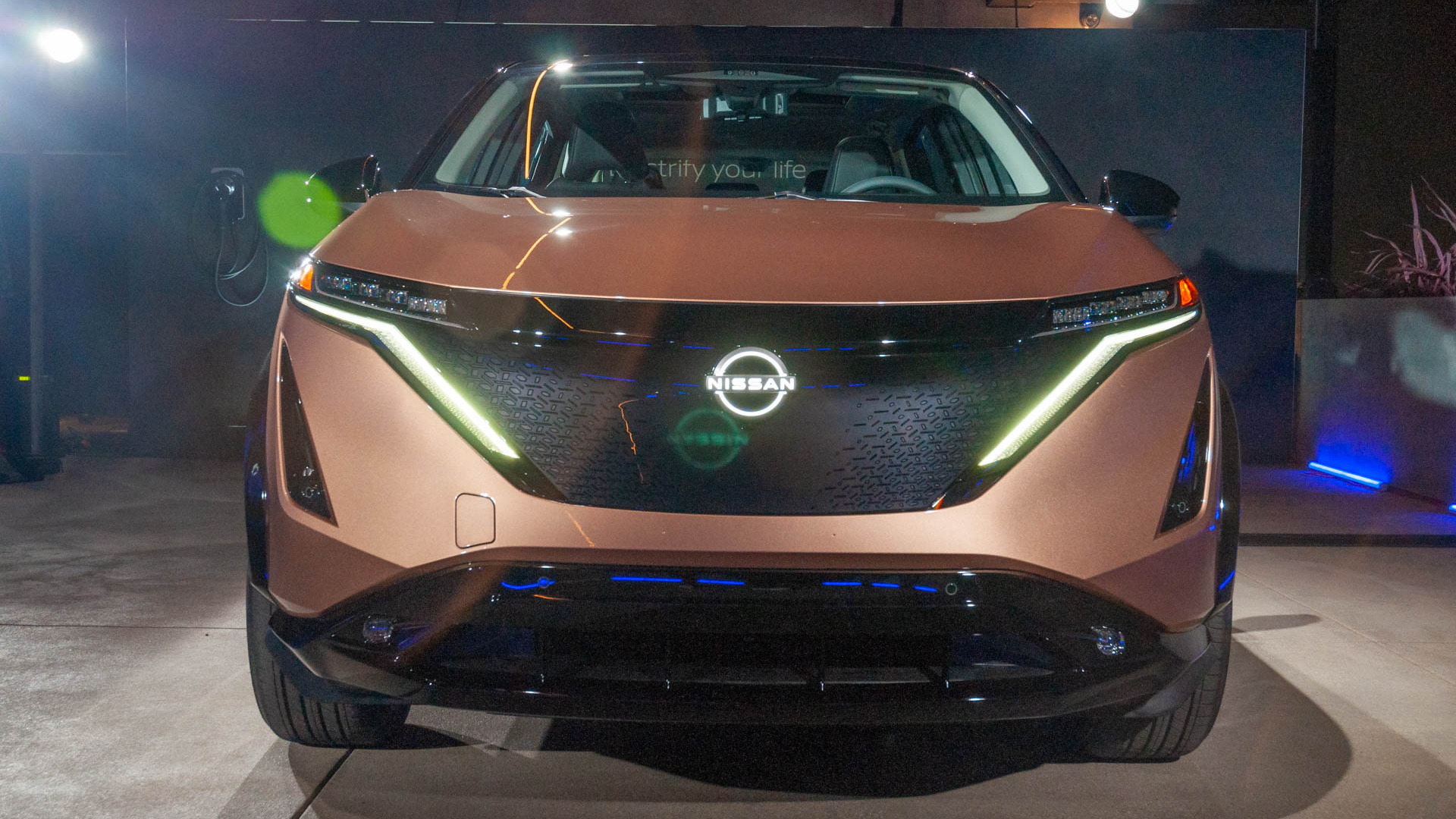 It's been more than a year since Nissan first took the covers off the Ariya, a small, battery-electric crossover.

Well, Nissan on Tuesday finally confirmed that the Ariya will land in showrooms next fall as a 2023 model. Yes, there's another year of waiting.

Nissan also announced that the reservation process is now open, but interested buyers should prepare for some sticker shock.

Nissan originally planned to offer the Ariya with a starting price of around $40,000, but the base grade actually starts at $47,125, including a $1,175 destination charge. Ouch.

The base grade, known as the Ariya Venture+, comes with an 87-kilowatt-hour battery and a single electric motor spinning the front wheels. Peak output is 238 hp and the estimated range is 300 miles.

If you want all-wheel drive, you'll need to spring for the range-topping Ariya Platinum+ grade, which starts at $60,125, including destination. With this grade you get the same 87-kwh battery but a dual-motor all-wheel-drive system generating a peak 389 hp and 442 lb-ft of torque, plus torque vectoring. Range in this grade is estimated at 265 miles. 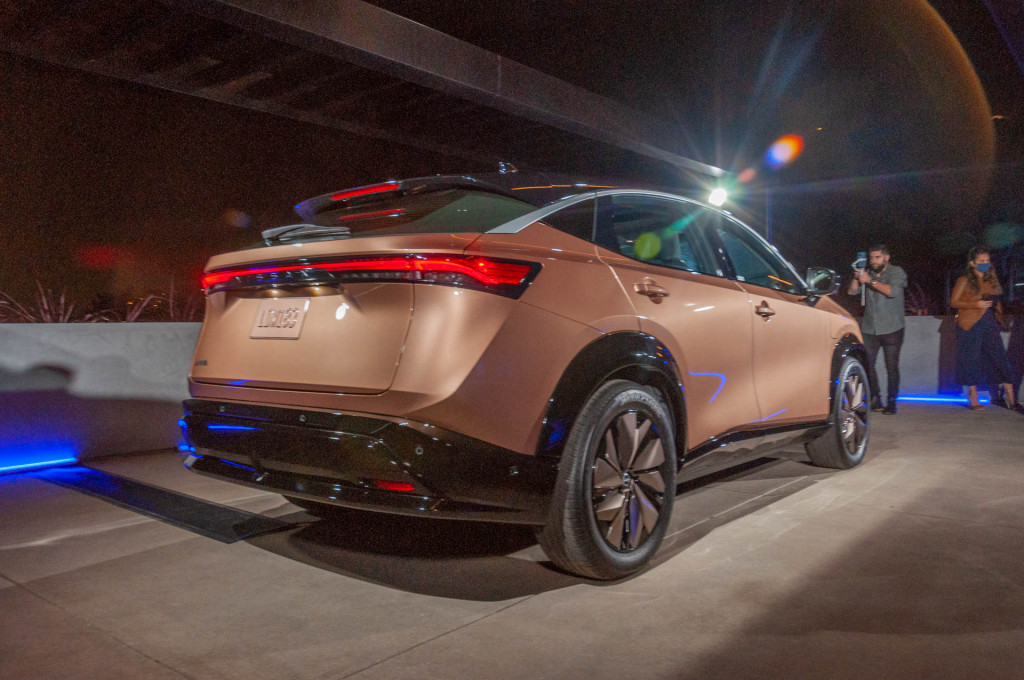 There are two additional grades in between (Evolve+ and Premiere), both of which feature the same powertrain as the base Venture+ grade.

Nissan might still be able to deliver the Ariya with a $40,000 starting price at a later date, as the vehicle has a smaller 63-kwh battery option in other markets. However, Nissan is yet to confirm this option for sale in the U.S.

The Ariya is designed to target vehicles like the Ford Mustang Mach-E, Tesla Model Y and Volkswagen ID.4. It's similar in size to those models, featuring a 182.9-inch overall length and 109.3-inch wheelbase. There are only two rows in the cabin, with enough space for five adults. 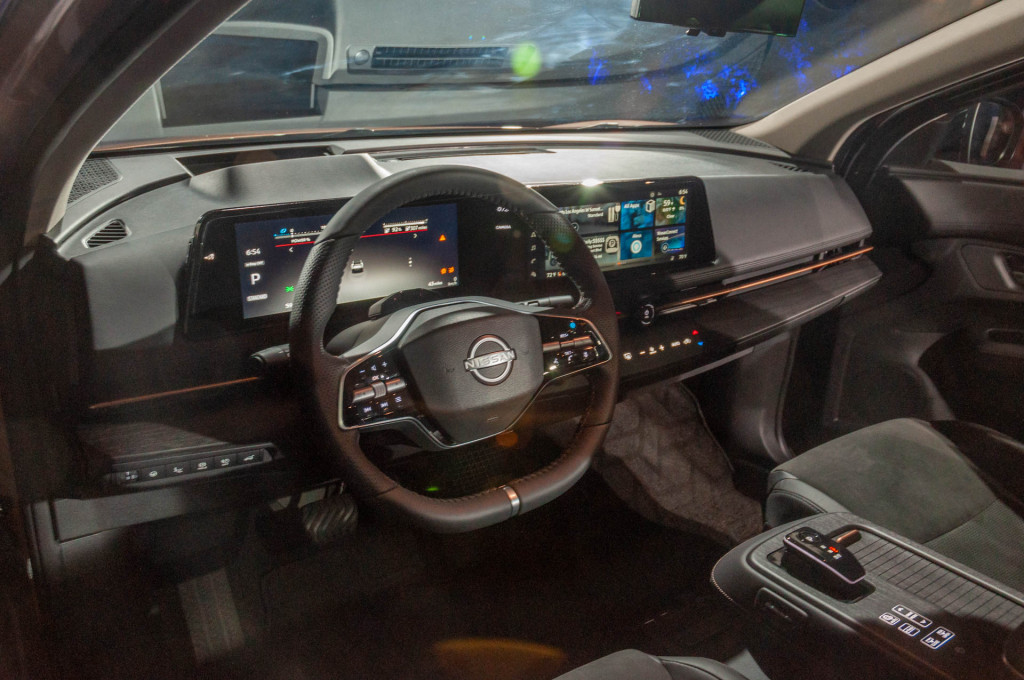 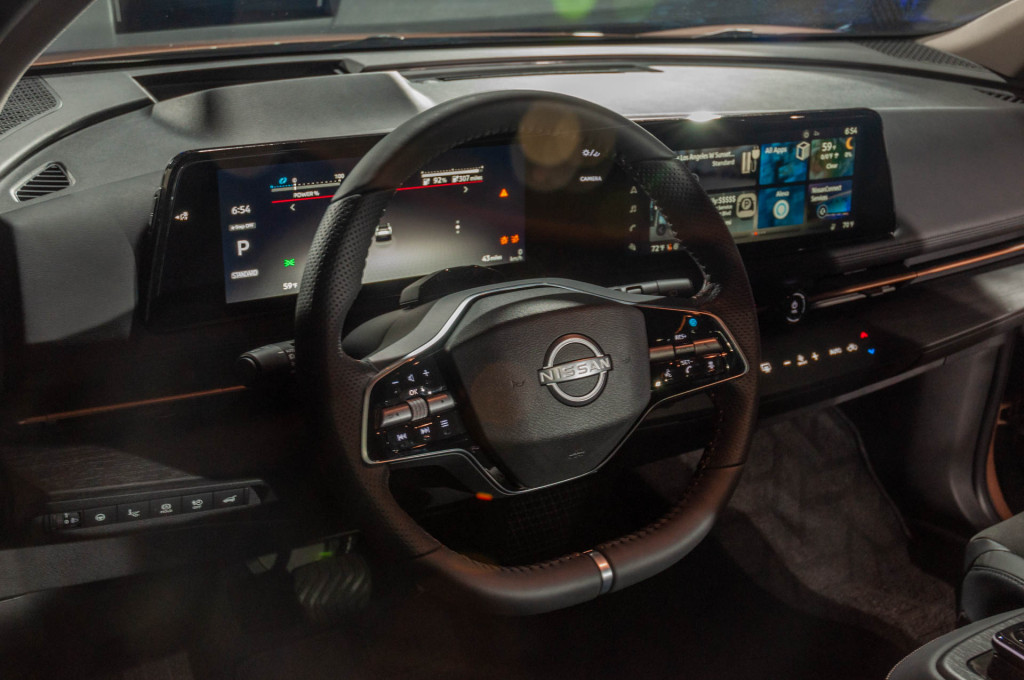 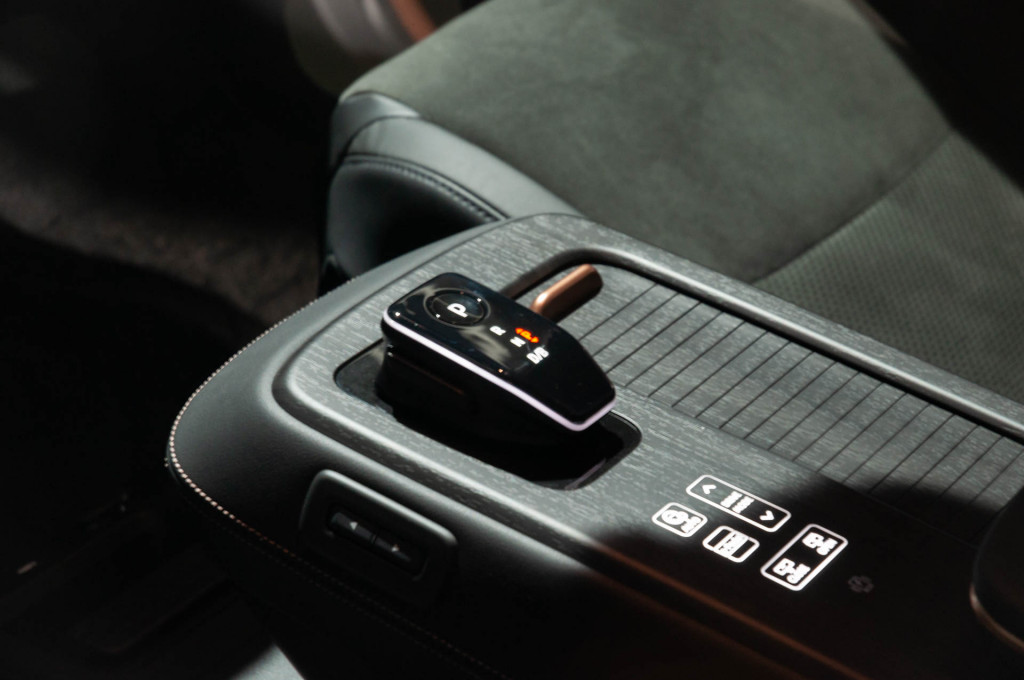 The cabin is also loaded with tech. A 12.3-inch digital instrument cluster faces the driver and is joined by a 12.3-inch infotainment screen and a color head-up display. The Ariya also features Apple CarPlay and Android Auto smartphone integration, as well as voice activation either via Nissan's own system or Amazon Alexa.

The Ariya will also come with several electronic driver-assist features, including handy items like automatic emergency braking with pedestrian detection, and blind spot and rear cross traffic warning. Also fitted to the Ariya is Nissan's ProPilot 2.0 driver-assist system, which can handle itself on highways but still requires the driver's attention for road changes or choosing when to pass slower moving vehicles.

All of these features are included in the base Venture+ grade, along with 19-inch wheels, LED lights all around, a leather-wrapped steering wheel, driving mode selector, and ambient lighting. 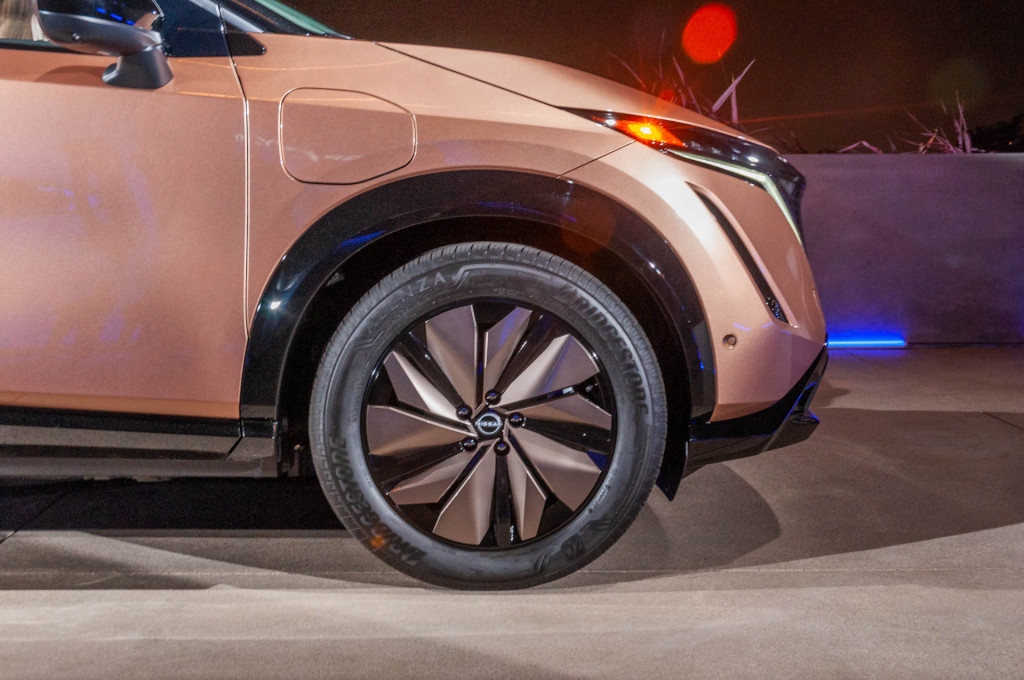 The Ariya rides on Renault Nissan Mitsubishi Alliance's CMF-EV platform for electric cars, the same platform that underpins the recently revealed Renault Megane E-Tech Electric. The platform will underpin many more models from Nissan as the automaker is targeting 40% of its sales in the U.S. to be EVs by 2030, and a significant portion of the remaining sales to be hybrids.

Nissan will present the Ariya at the 2021 Los Angeles Auto Show which starts Wednesday. For more coverage on the show, head to our dedicated hub.