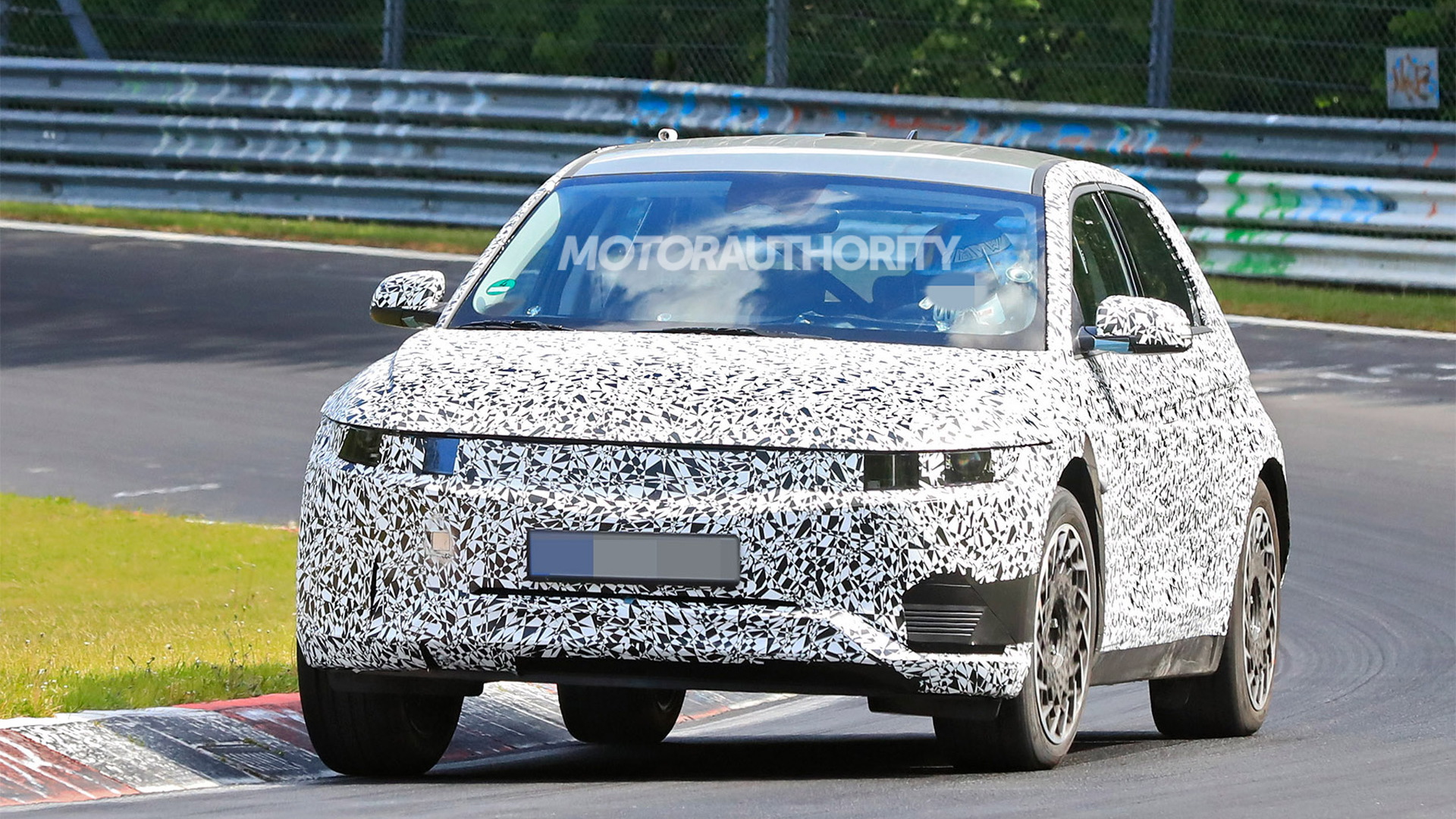 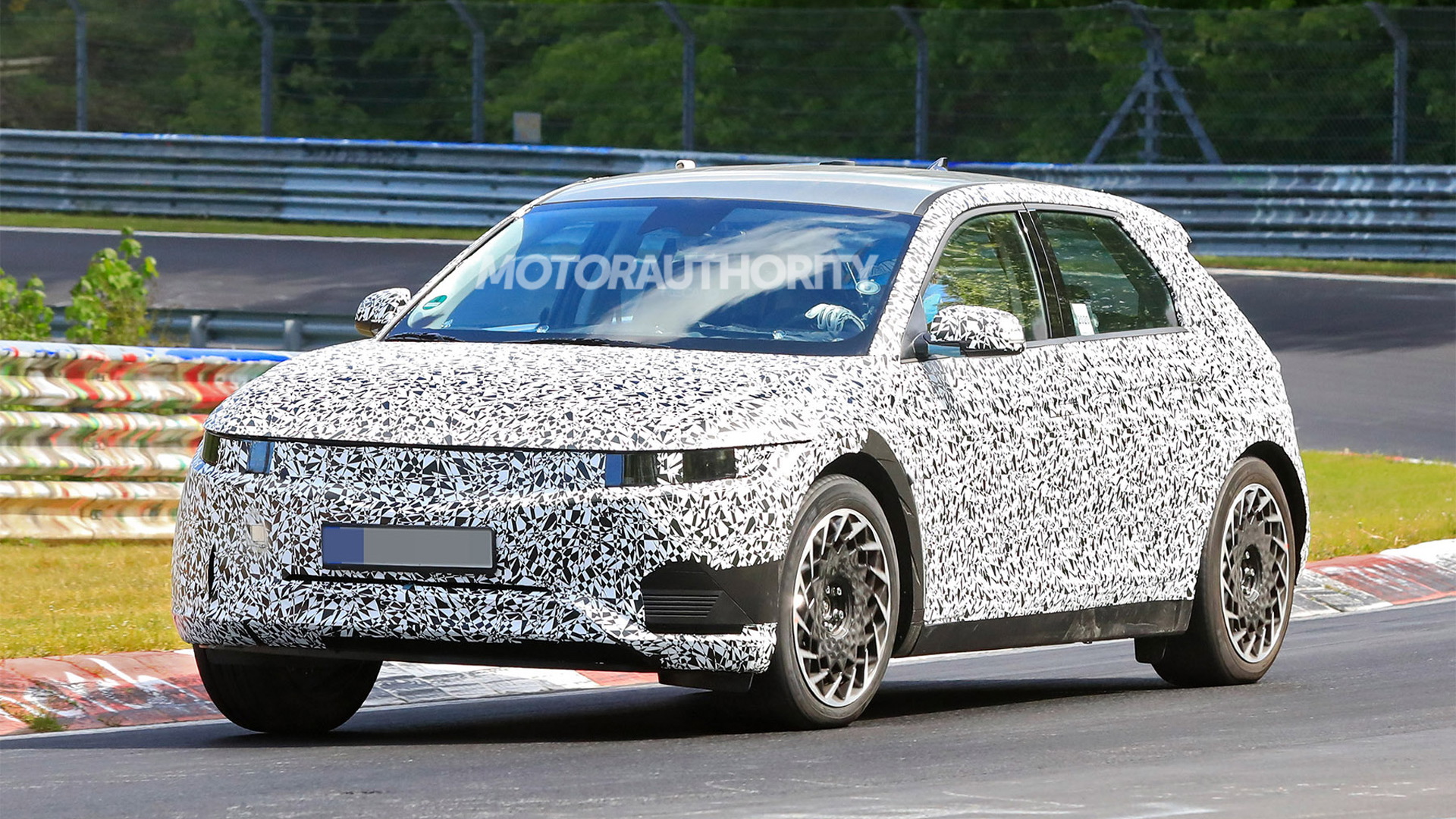 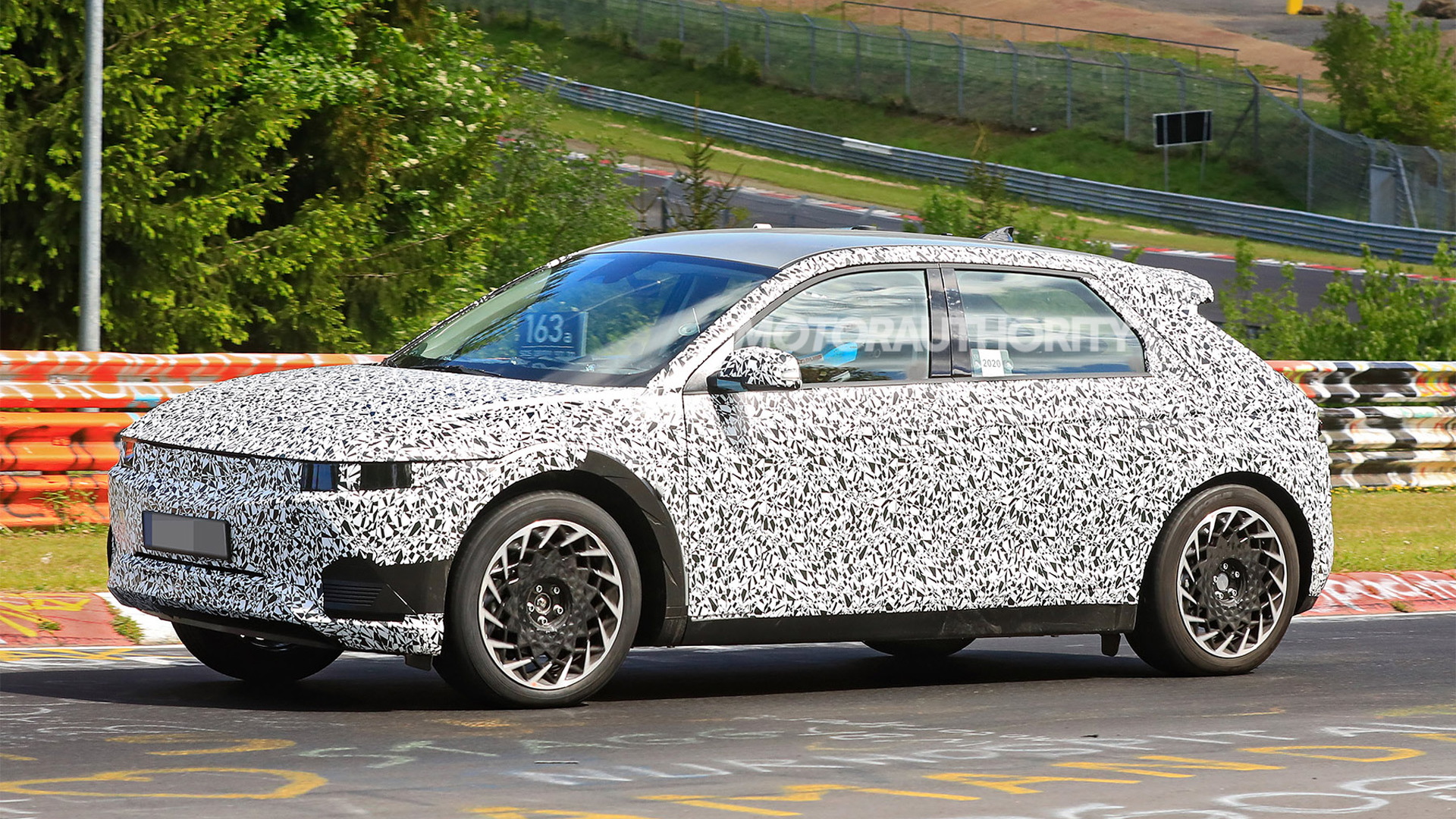 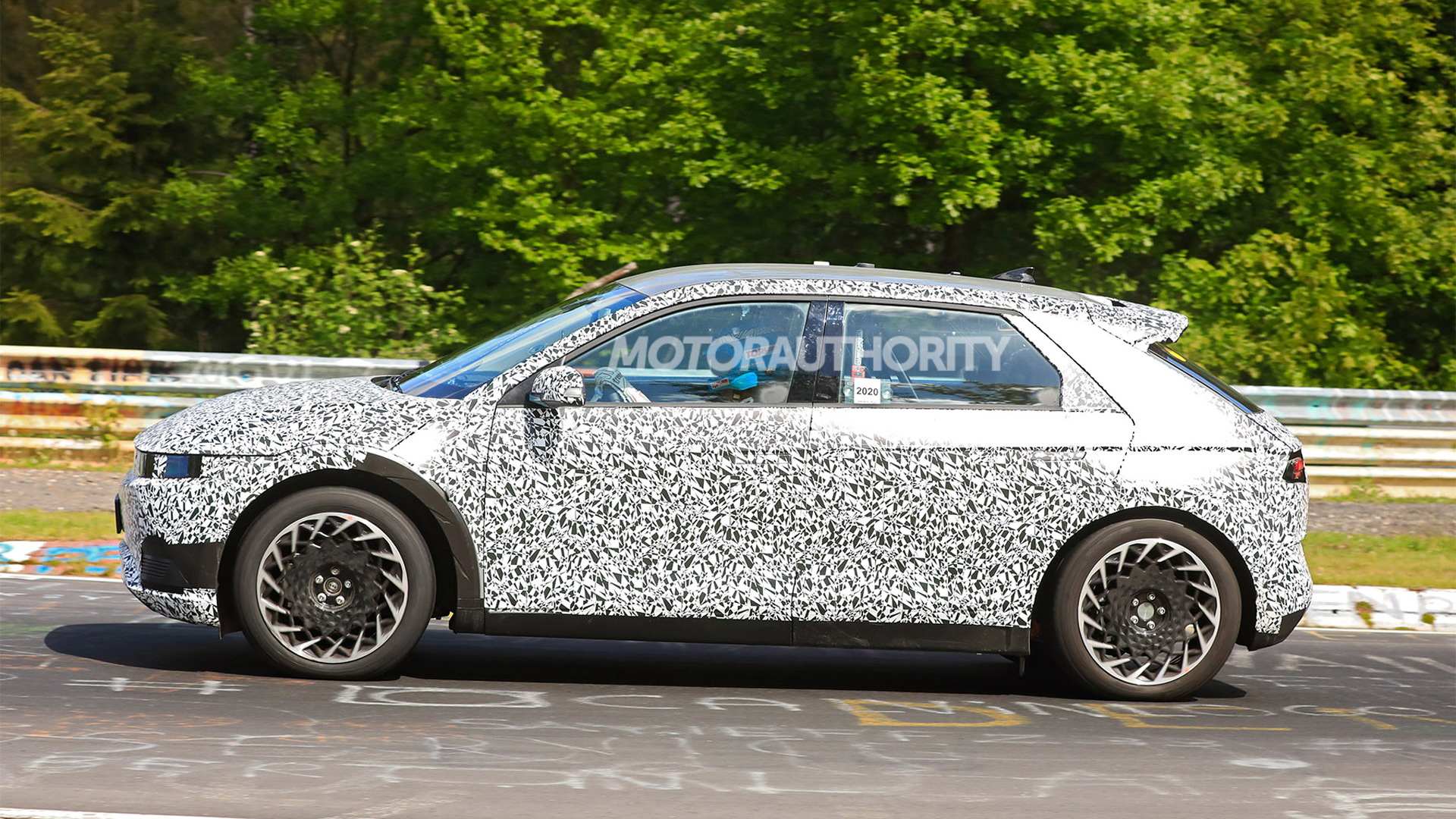 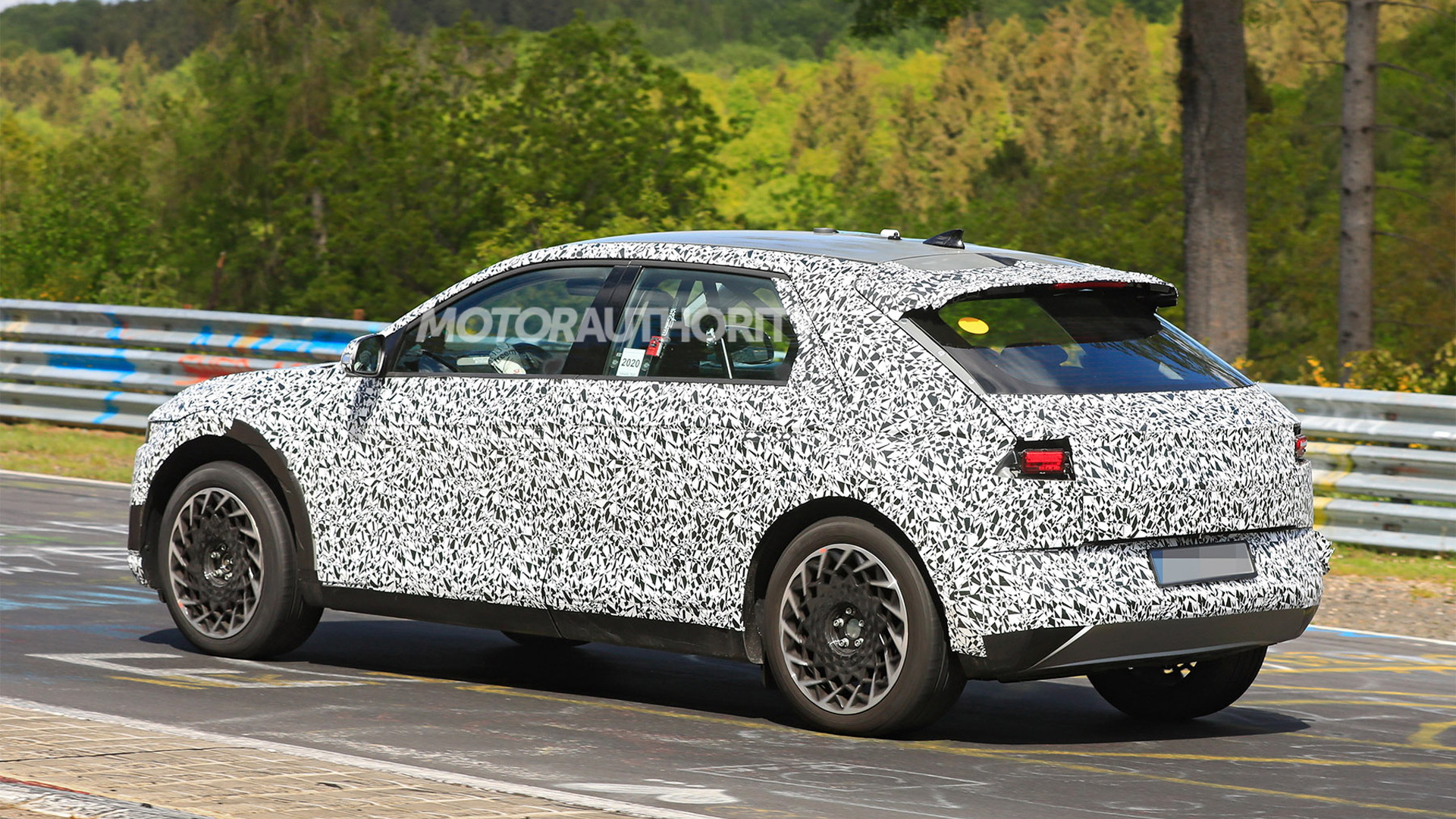 Hyundai has been spotted testing a prototype for a compact electric crossover SUV that's expected to be launched in 2021.

The new EV was previewed at last year's Frankfurt International Motor Show by the 45 concept, and judging by our spy shots the production version will closely mirror the show car. Of course, there have been a few changes made for production, such as the more conventional lights and the addition of side mirrors and door handles.

Hyundai called the concept the 45 because the reveal coincided with the 45th anniversary of the unveiling of the Pony Coupe concept, a Giugiaro design that went on to spawn a production Pony—the first Hyundai-badged car—a year later (the concept's design was also characterized by a number of 45-degree angles). It's likely the automaker will go with a different name for its upcoming electric SUV, with Pony even being a distinct possibility. 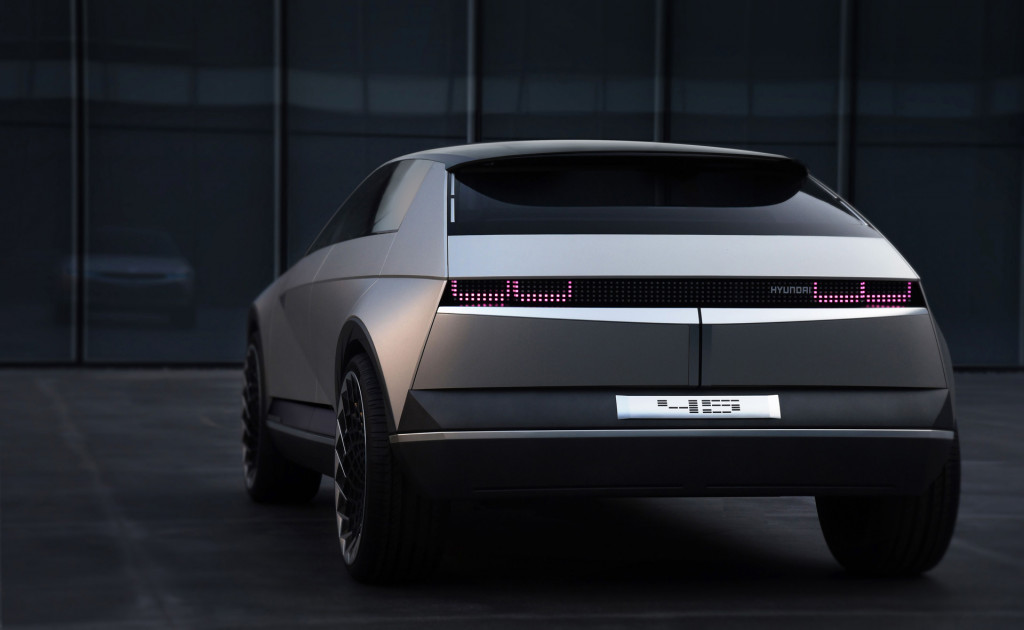 Hyundai already offers EVs in the form of the battery-electric Ioniq Electric and Kona Electric and fuel cell-electric Nexo, but the new SUV will be the automaker's first vehicle based on a platform designed specifically for battery-electric cars. Called the E-GMP (Electric-Global Modular Platform), the platform will also likely be used by Kia and Genesis for their own EVs.

Unfortunately, there isn't any info out on the SUV, including whether we'll even see it in the United States. What we can expect is the option of an electric motor at each axle and most likely a range exceeding the 258 miles of the similar sized Kona Electric.

The sighting of the electric SUV comes just months after Hyundai and U.S.-based EV startup Canoo announced plans to co-develop a separate modular platform for electric cars. The Canoo platform will be flexible enough to spawn everything from small hatchbacks to large vans and will also incorporate self-driving technology. It isn't clear when the first Hyundai based on the Canoo platform will be launched.