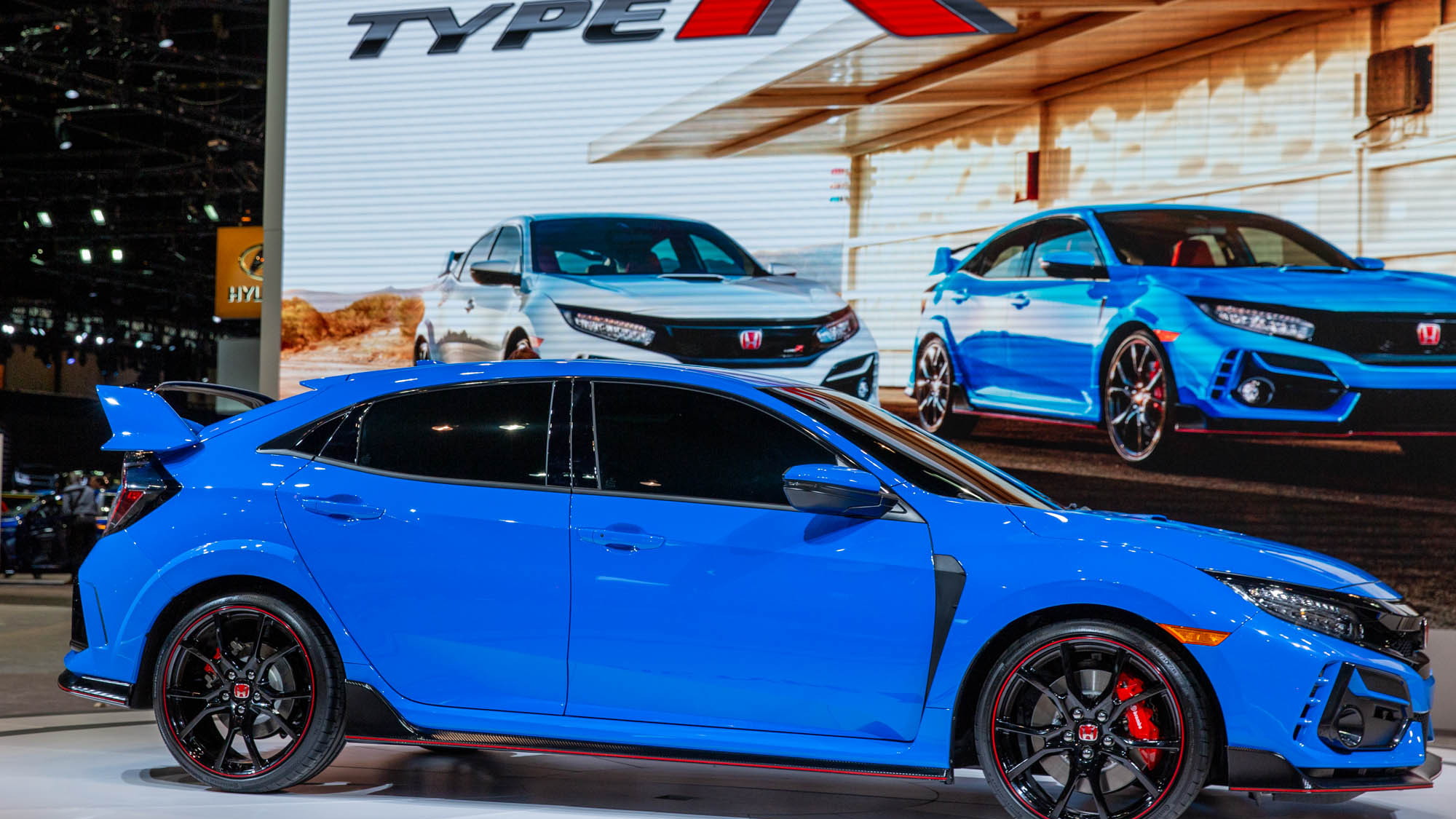 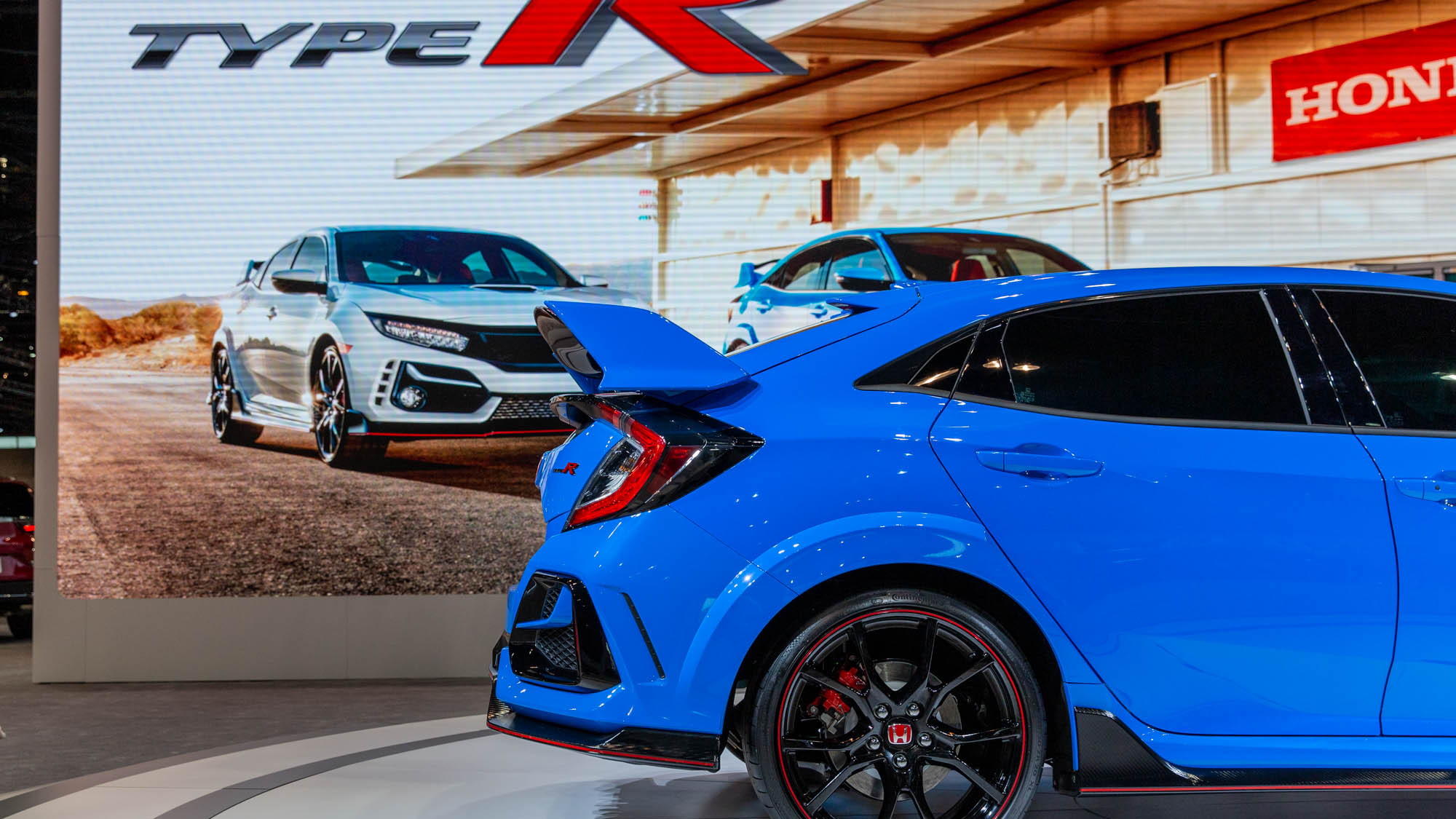 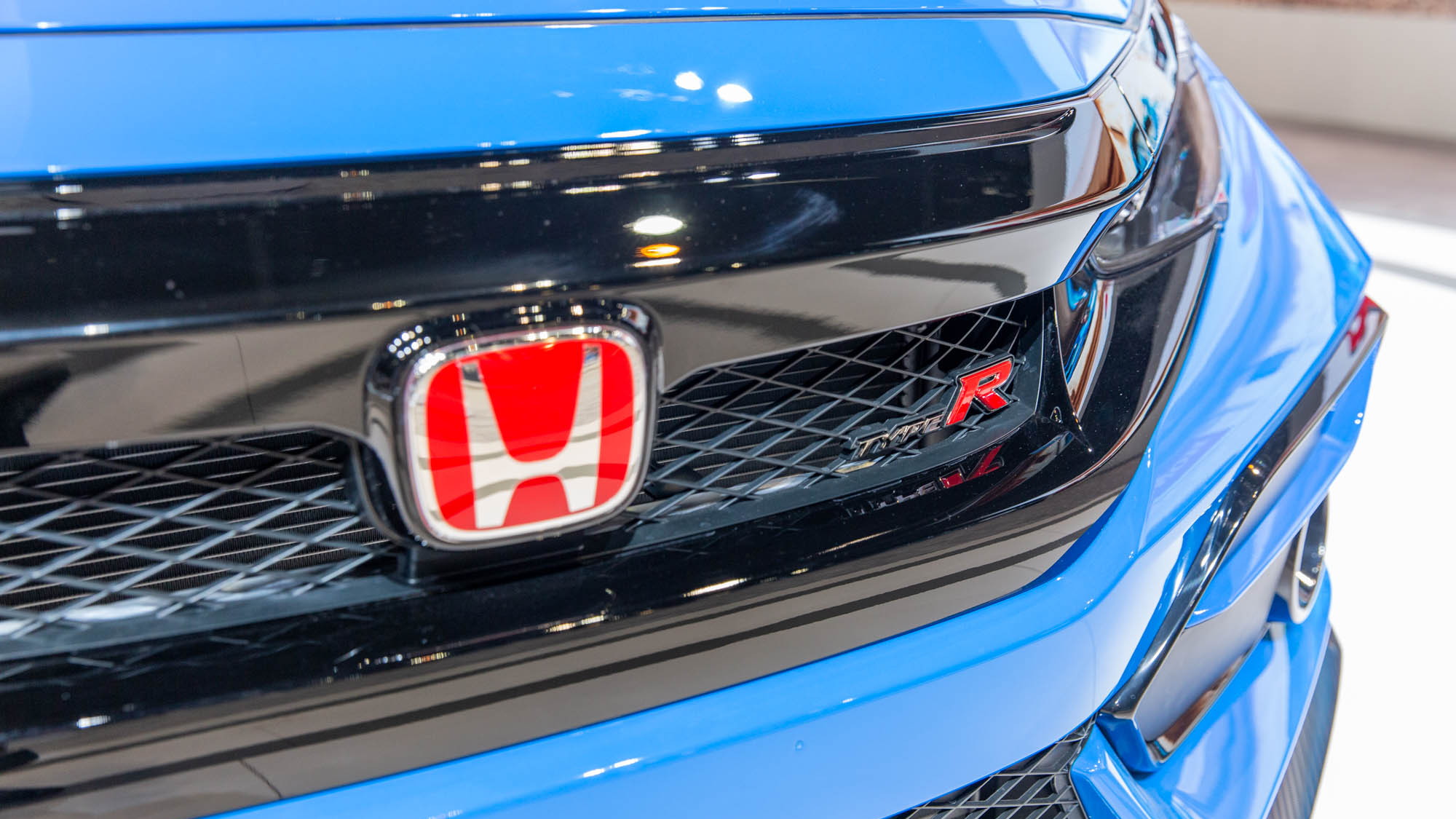 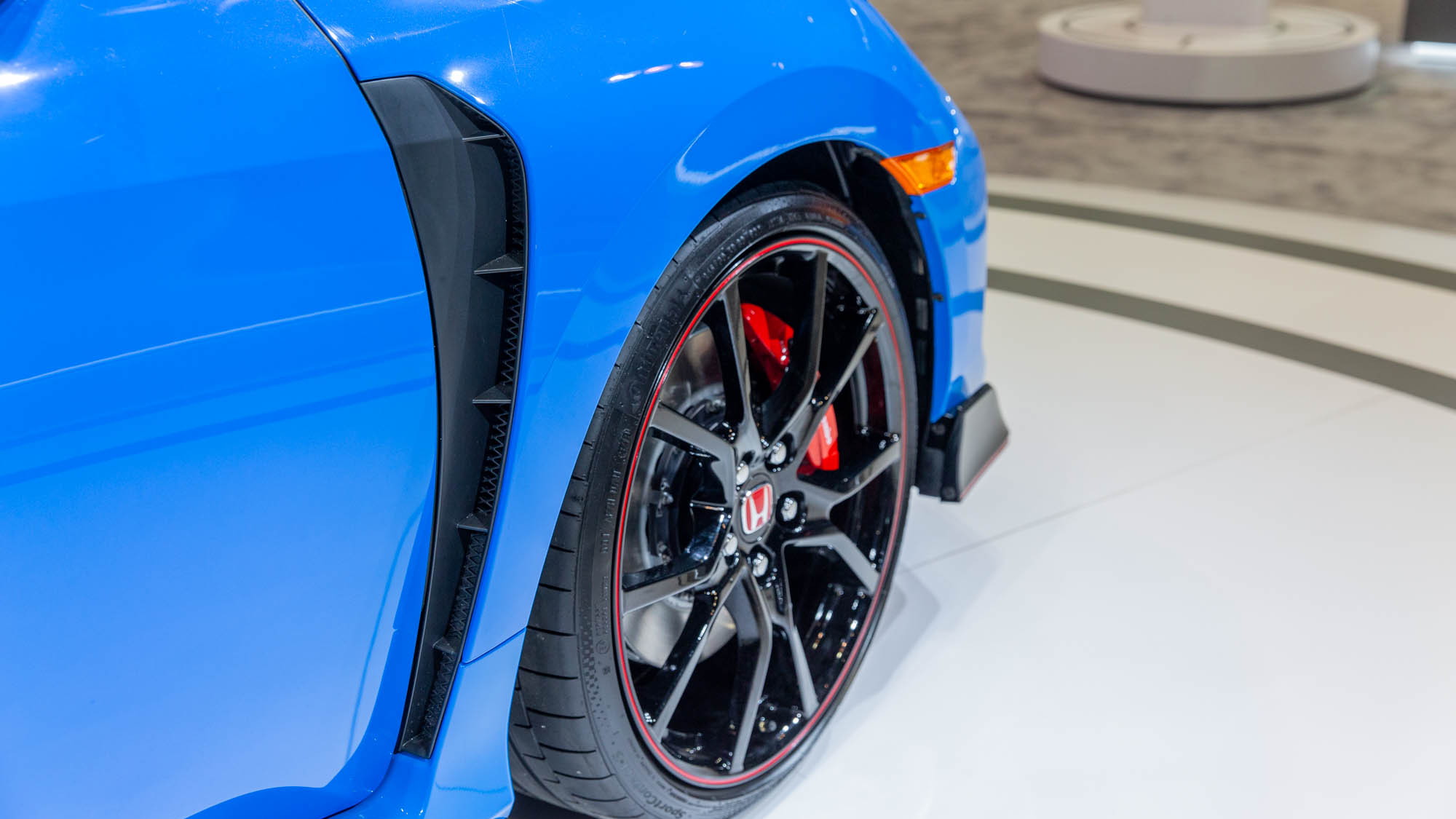 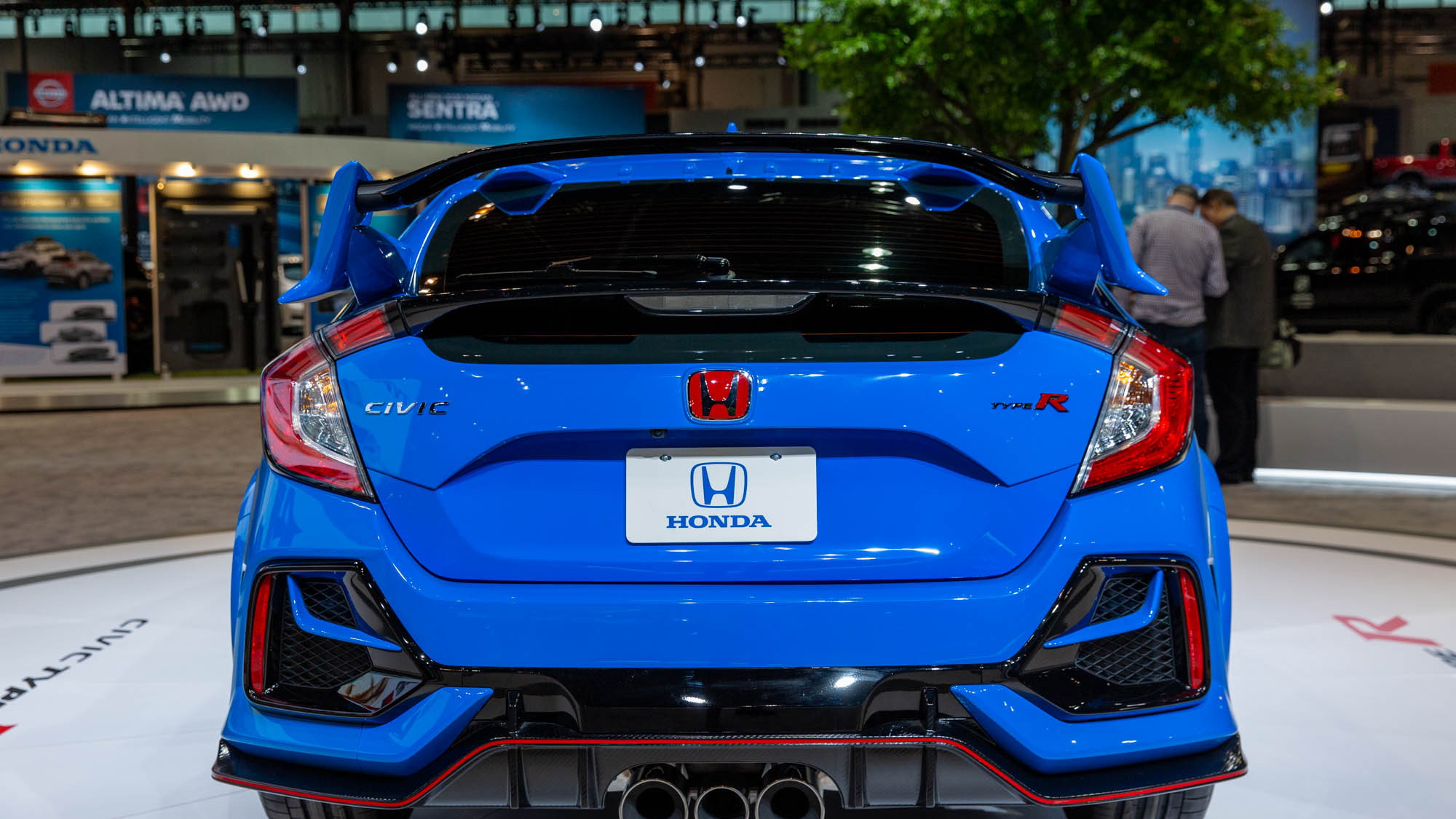 When it rolled on the track at Atlanta Motorsports Park a few years ago, we dubbed the Honda Civic Type R Motor Authority’s Best Car To Buy 2018.

Fret less if you’re a current Type R owner: This is no 2021 Supra, where fundamental changes make it a much better car. The updates this year are light and refreshing as a summer salad, which the Civic Type R will gladly toss for you the second you light up the fronts in its lower gears.

The $37,950 2020 Civic Type R gets Boost Blue paint left off the order sheet in its first three years of production. Its slightly more compliant suspension feels better on interstate slogs. It can record and gauge your driving performance, too. The banshee under the hood and the monster grip underfoot are still the same.

On a fling across some of the same roads where we anointed the 2017 Type R our Best Car to Buy, even those changes barely rose into view over the lower Appalachians in the windshield. It’ll take a savant to pick out the 2020 on anything but paint color: A slightly bigger grille (by 13 percent) breeds better cooling and can lower powertrain temps by up to 18 degrees—great for the track, impossible to measure on these public roads. Some body-color flecks flit across the lower front fascia, too.

The high-wattage star under the Type R’s hood leaves well enough alone. It’s the same 2.0-liter turbo-4 gem as it’s been since launch, with 306 horsepower and 295 pound-feet of torque. It’s so heavily massaged by Honda, I want to tear it down and look for the telltale Wagyu marbling. With  22.8 psi of boost and more than 100 additional horsepower versus the Civic Si, it defines a plateau of power as picture-perfect as Table Mountain.

Honda keeps the hysterical levels of power under control with a limited-slip front differential, and lets me tune some of the driving sensations from normal to Sport and upward to +R mode, via a console-mounted toggle switch.

My fingertips feel the fine-tuned Type R differences on the traffic-free two-lanes that dance around Georgia’s quaint county courthouses, places I’m a little too familiar with. The Alcantara steering wheel and shift boot covers tickle the flat sides of my palm, and the aluminum shift lever’s extra 3.2 ounces snick into gear with a cool grace.

The rest of my nerve endings get involved as I tip into the racier drive modes, and as the roads kink like a garden hose between the Georgia gold-rush hometown and the hometown of the Cabbage Patch (the doll, not the dance). The Type R’s pedals resist heel-and-toe shifting and so do my 12EEE feet—so I welcome the Type R’s rev-matching, the equalizer that makes its 6-speed manual still relevant in a niche where paddle-shifted dual-clutch cars snip off shifts with surgical precision.

Subtle but effective changes touch up the Type R’s suspension’s roots. Honda says the car’s adjustable adaptive dampers respond 10 times more quickly than before. It’s fitted new lower ball joints and bushings in front, and new rear B-arm bushings in back, for better toe-in and better steering feel. Try as I want to, I can’t really reproduce any of the heroics Honda had on tap when the Type R launched in 2017 at a Montreal race circuit. The pandemic scrubbed the 2020 Type R track event planned for Road Atlanta, and public roads—even the great roads I hot-swapped in for my own ad-hoc press drive—aren’t a safe substitute.

Still, the Type R slingshot throws me across the northern arc of the Atlanta exurbs, where the revised brake-pedal stroke and new two-piece rotors show off, without a single intervention of newly standard automatic emergency braking. It’s still the slickest Honda we’ve driven this side of the NSX, silly with horsepower and dead serious about sticking it to the ground.

At their most obvious, the Type R upgrades come into sharp focus on the interstate, of all places. It’s not in the top 10 of cars I’d choose for a 350-mile highway slog—maybe not even top 50—but the Civic Type R feels better sorted for those long cruises down I-85 now. It’s fairly civilized when it needs to be, when the dampers are set to their most comfy setting, where the slim treads wrapped on its 20-inch wheels seem taller and more flexible than they have in the past.

Above all that, it’s still a Civic, too. I can sit in the back, behind my own driving-seat position, without much fuss. I stowed a few soft-sided bags and a steam mop in the hatchback’s cargo space without lowering half the rear seat. In its most compliant ride setting, the Civic Type R’s active sound control leaves the loud-talking notes of +R mode almost silent: It’s a livable level of noise when it’s settled into an 80-mph lope.

Honda hasn’t removed anything, though it could and—we might suggest—it should. The body’s still an open audition for every tuner-car cue imaginable, and Boost Blue doesn’t do much to tone it down. The shocking-yellow paint coming to the Type R Limited Edition later this year won’t, either.

But the Civic Type R has no time for self-editing, or introspection, or even quieting down its raucous personality. It exists to throw us for a loop—in all the best ways we can imagine.

Honda delivered a Civic Type R and held a lovely Zoom chat before I hammered on it in north Georgia.