The Tesla braintrust earlier this year filed a patent application in the U.S. for debris-cleaning lasers, which could be used on Tesla's driver-assistance hardware susceptible to weather and dirt. The patent was first reported on by Car and Driver in November.

According to the patent filing, the system would use cameras to detect debris or weather and then use lasers to clean the surface of material including "snow, water droplets, paint, bird-droppings, bug-splats, plant-sap, oil spills, grimes, dirt, and mud."

The filing goes in extensive detail to explain a relatively simple process of cleaning windshields, sensors, and photovoltaic panels that accumulate dirt, water, and debris—except this time with lasers. One thing worth noting is the system's calibration to pulsate at ultra-short frequencies to avoid damaging sensor equipment, which would also be coated in a material such as indium tin oxide to protect the cameras or sensors.

A patent application doesn't guarantee that it'll show up on any car soon, or ever. Automakers routinely file applications for research and development tech that never sees the light of day, but it's an interesting insight into the automaker's skunkworks. 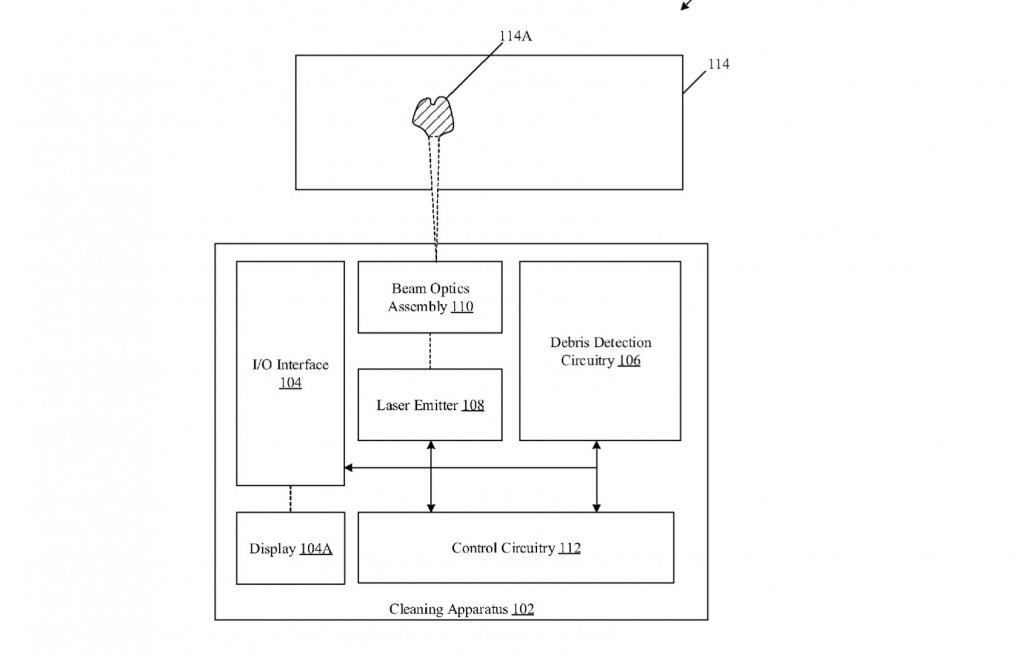 For now, we'll have to rely on water.