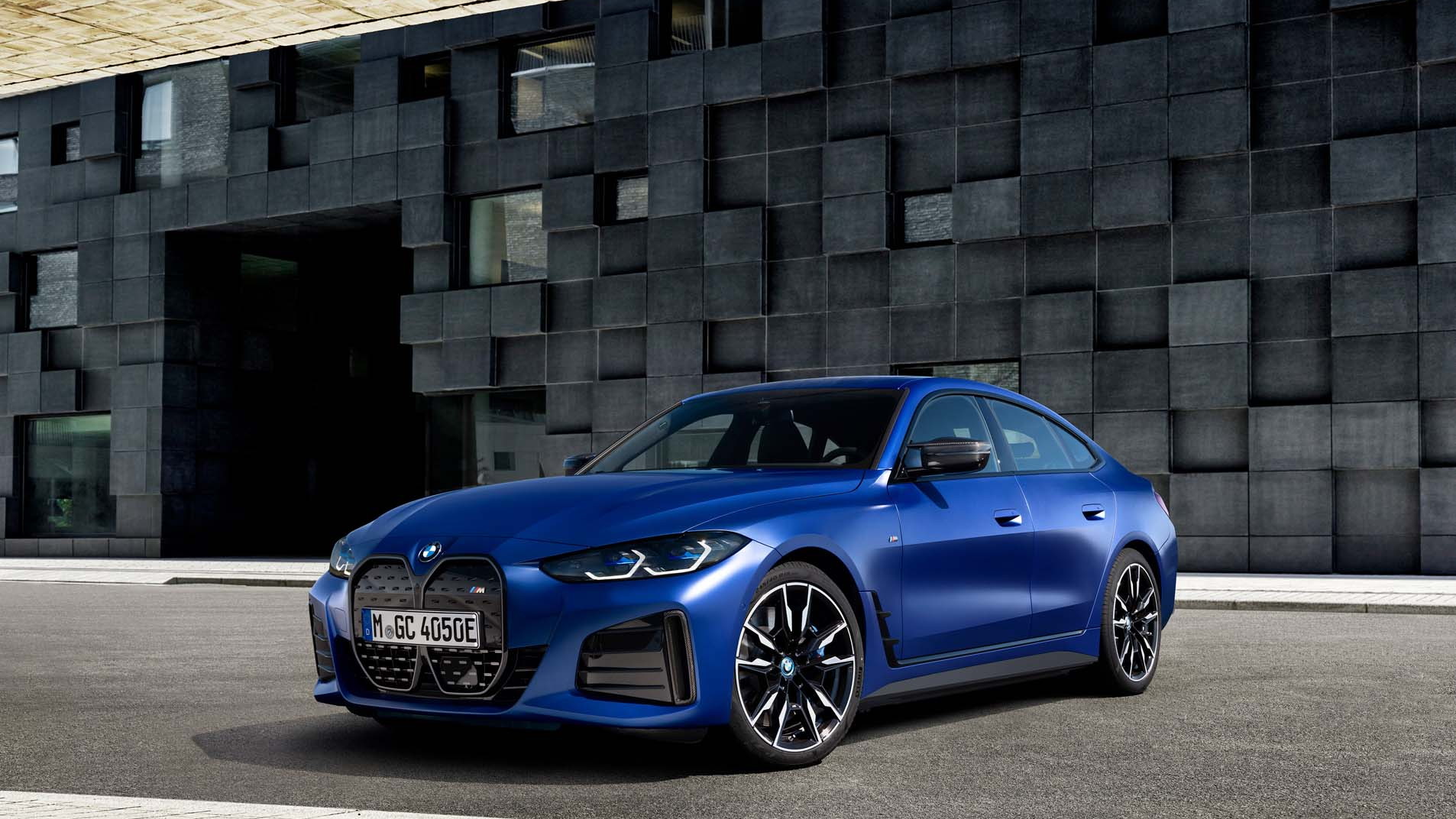 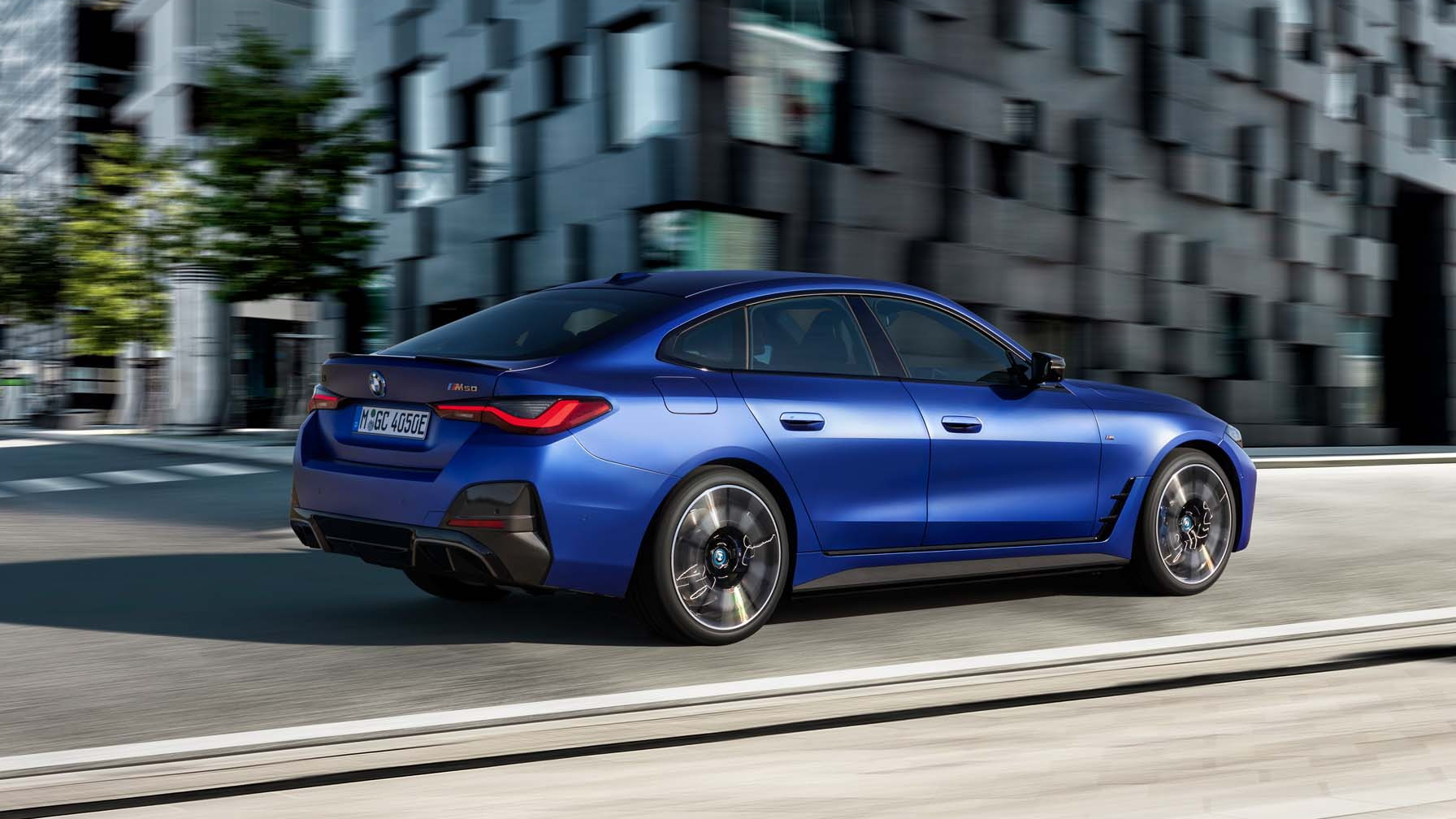 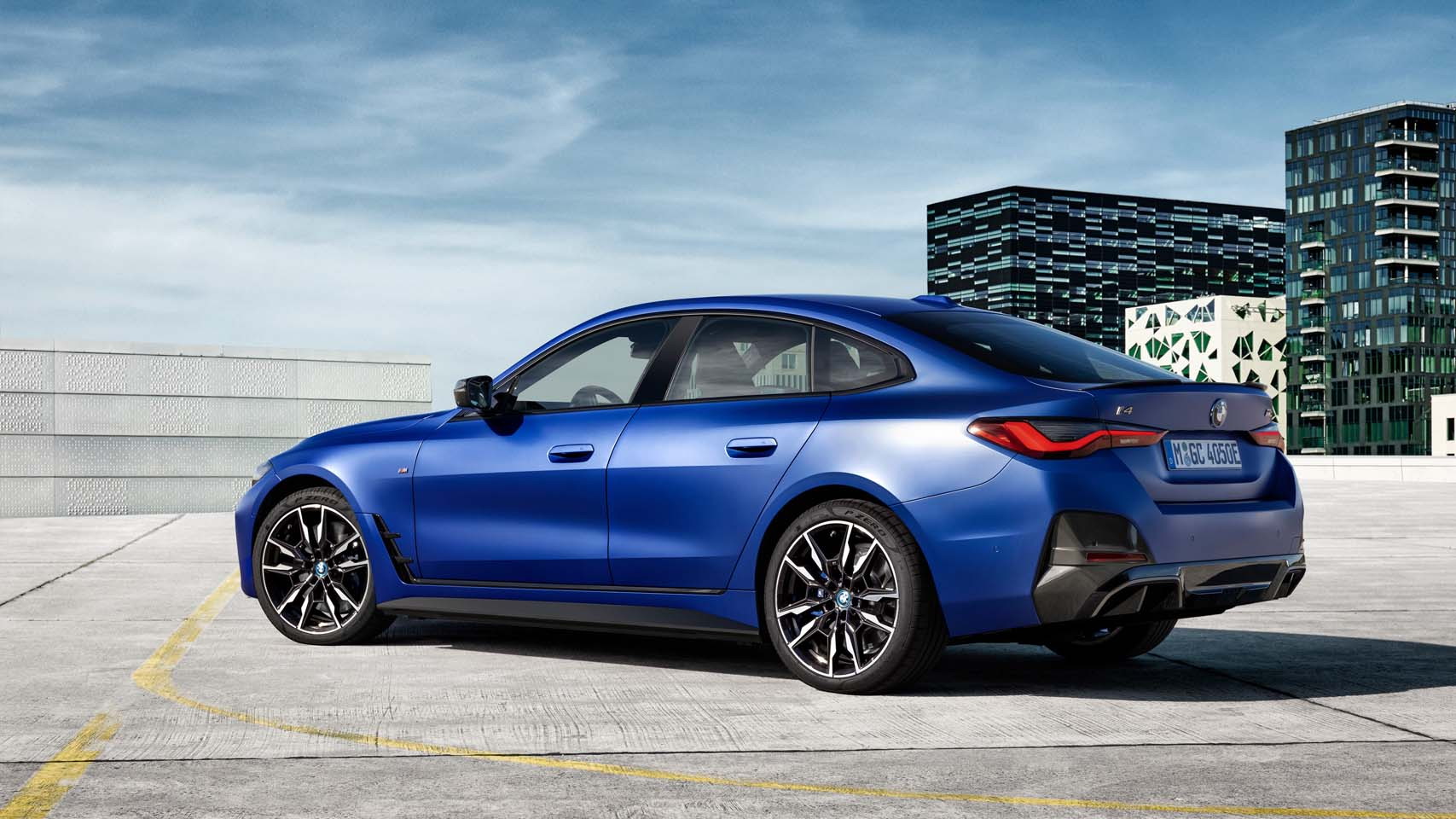 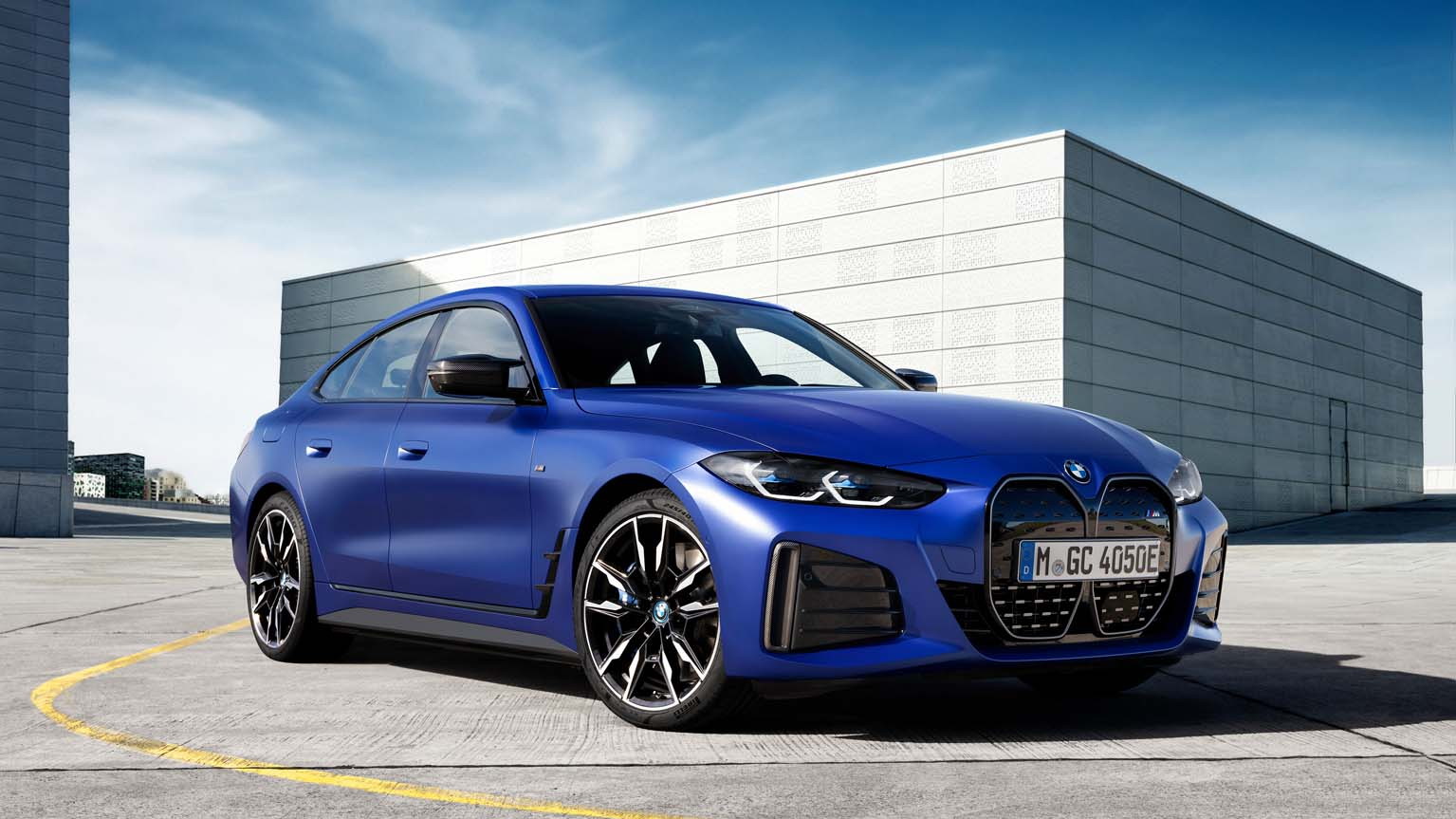 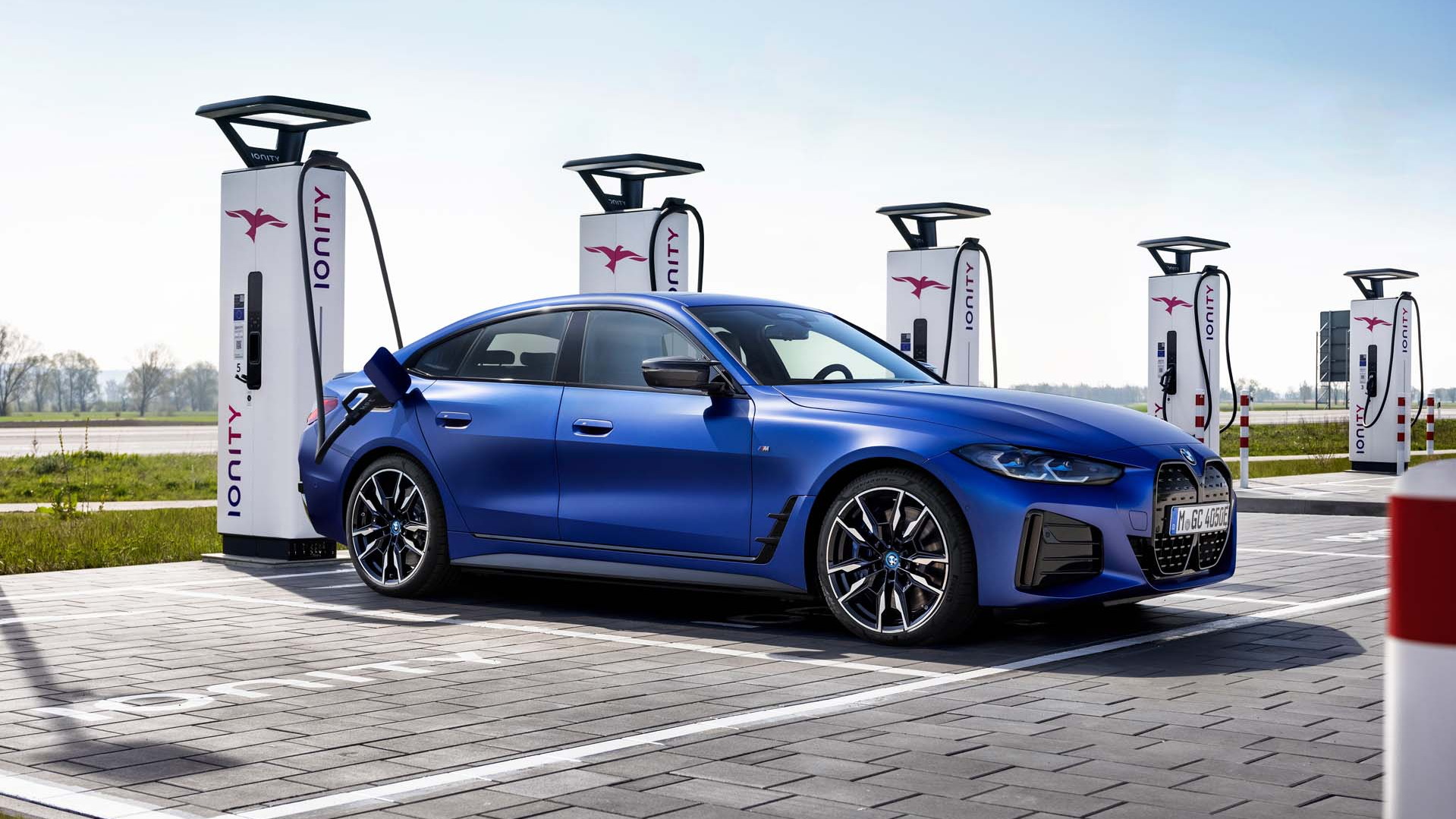 BMW Group used its annual general meeting held in March to reveal its 2022 BMW i4 in production guise for the first time, and on Tuesday the automaker revealed the specifications for the U.S. market.

Buyers seeking greater performance will be able to opt for an i4 M50 developed by BMW M and priced from $66,895. This model will come with 536 hp, all-wheel drive, and an estimated range of 245 miles. In both cases the stated pricing includes destination.

The i4 is based on BMW's latest 4-Series and designed to take the fight directly to Tesla's Model 3. It was previewed as a concept a year ago and shares its body with the redesigned 4-Series Gran Coupe that's still out testing.

Unlike the gas-powered 4-Series variants, the i4 features a flat battery in the floor with a gross capacity of 83.9 kilowatt-hours. Using a DC fast-charger at a rate of 200 kilowatts, BMW estimates a charge from 10-80% will only take about 30 minutes.

In the case of the i4 eDrive40, there's a single motor at the rear axle. The i4 M50 features a motor at each axle. BMW houses its electric motors in modular drive units that combine each motor with a single-speed transmission and power control unit in the same housing. Up to two of these can be fitted on an axle so we could potentially be looking at a more powerful i4 down the road.

When the i4 arrives at dealerships in early 2022, it will be joined by the 2022 BMW iX crossover. Electric versions of the 3-Series and next-generation X1 and 7-Series are also known to be in the pipeline.

For more on the BMW 4-Series family, read the in-depth reviews at The Car Connection.