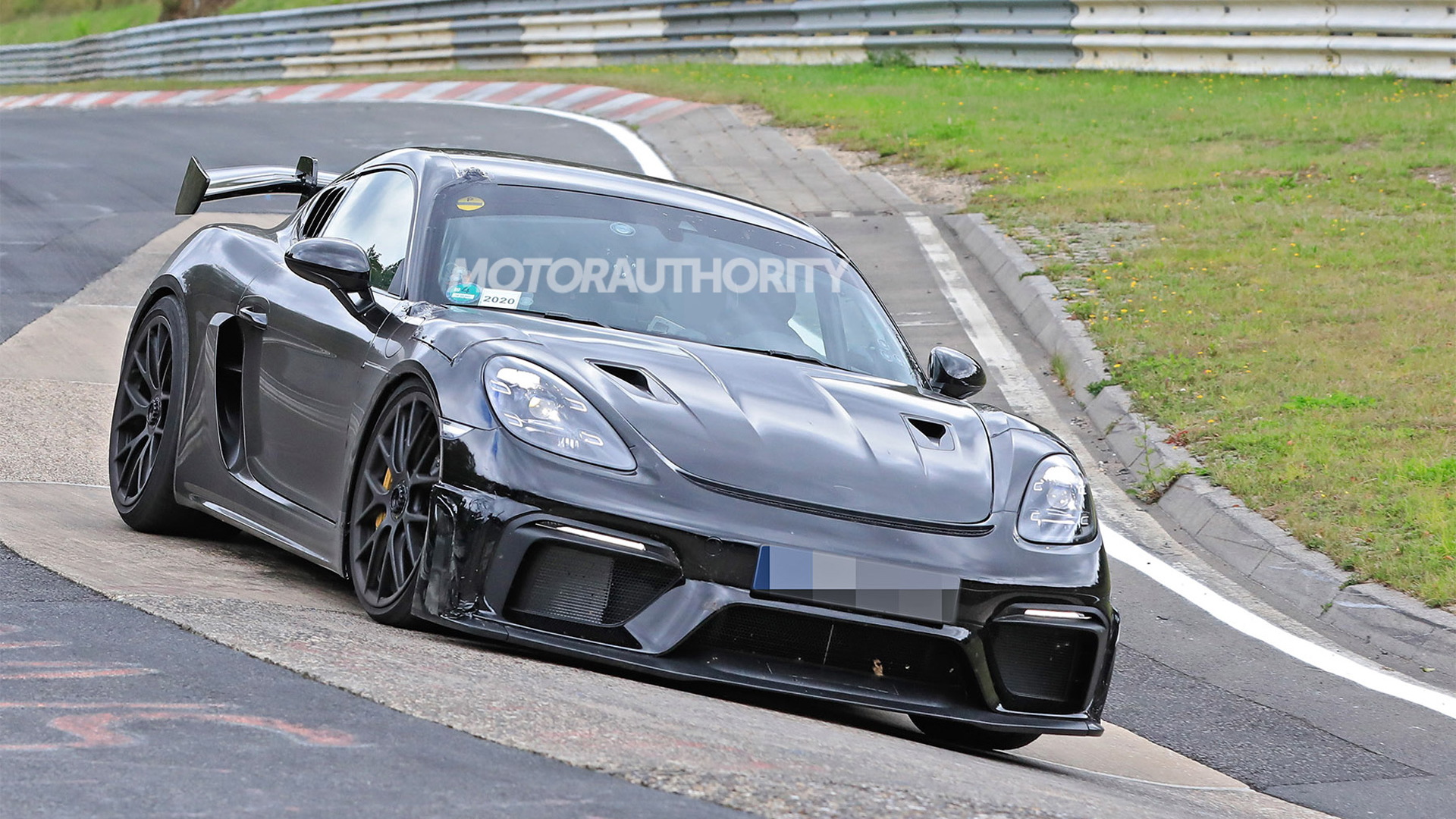 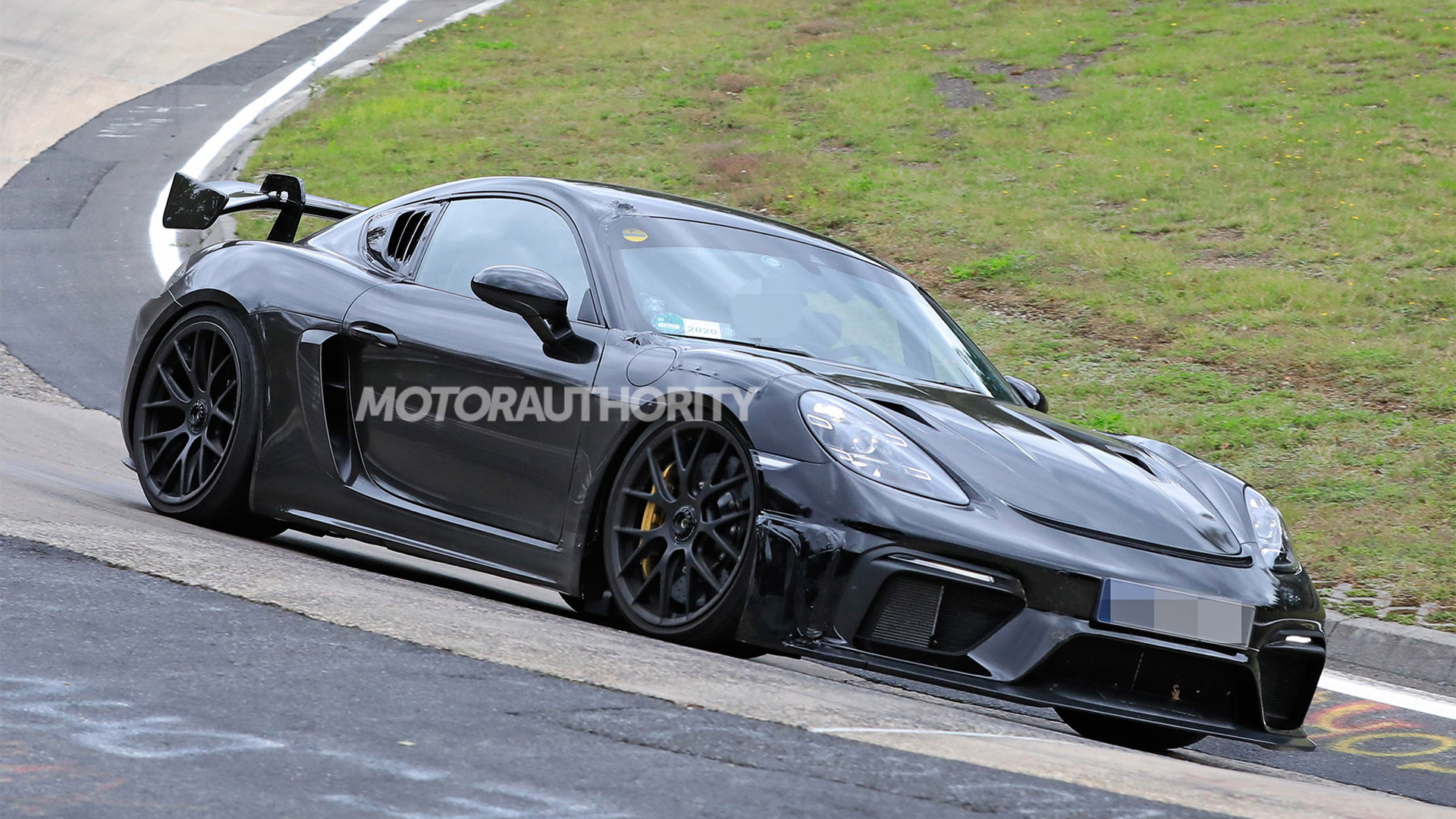 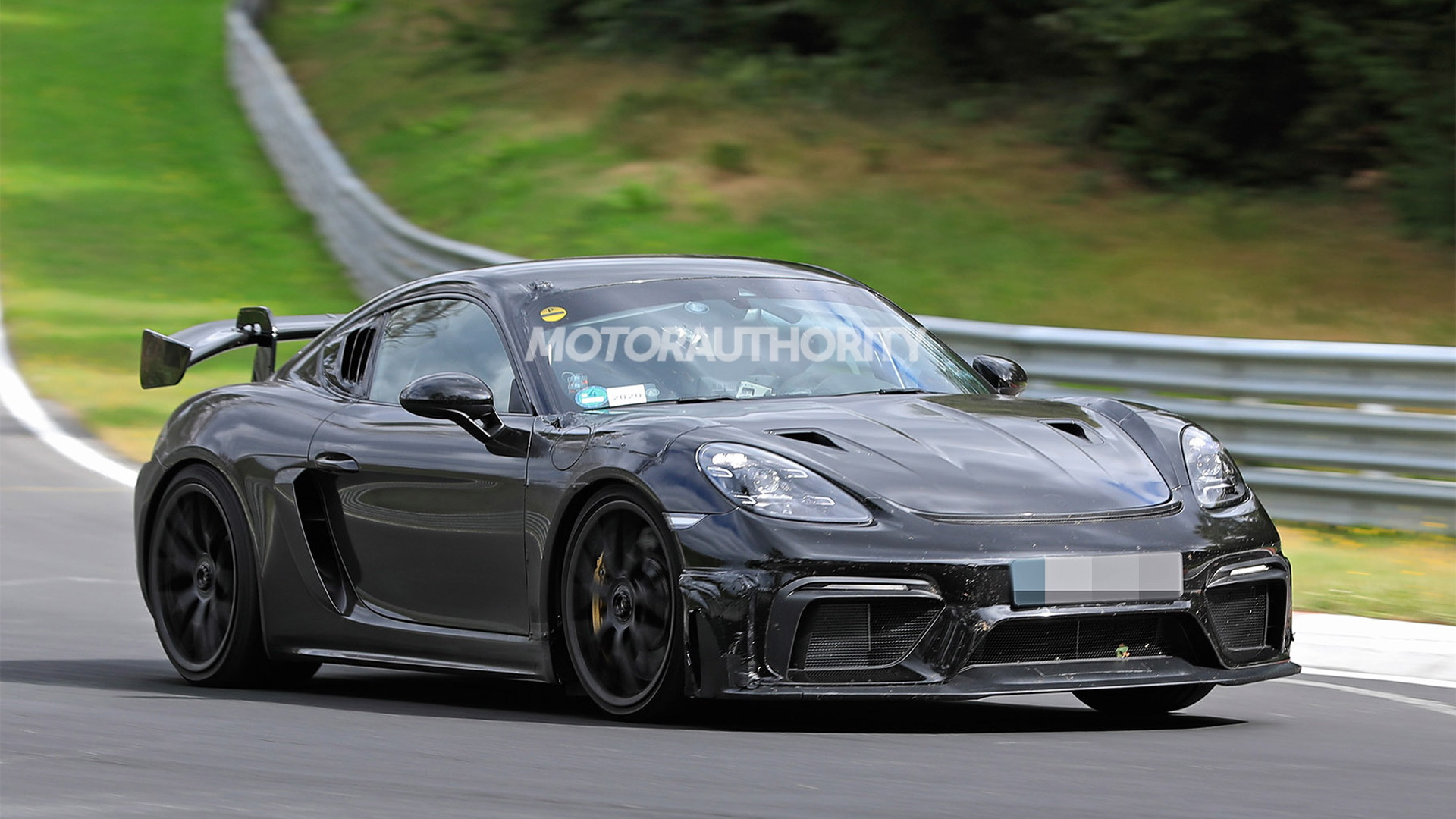 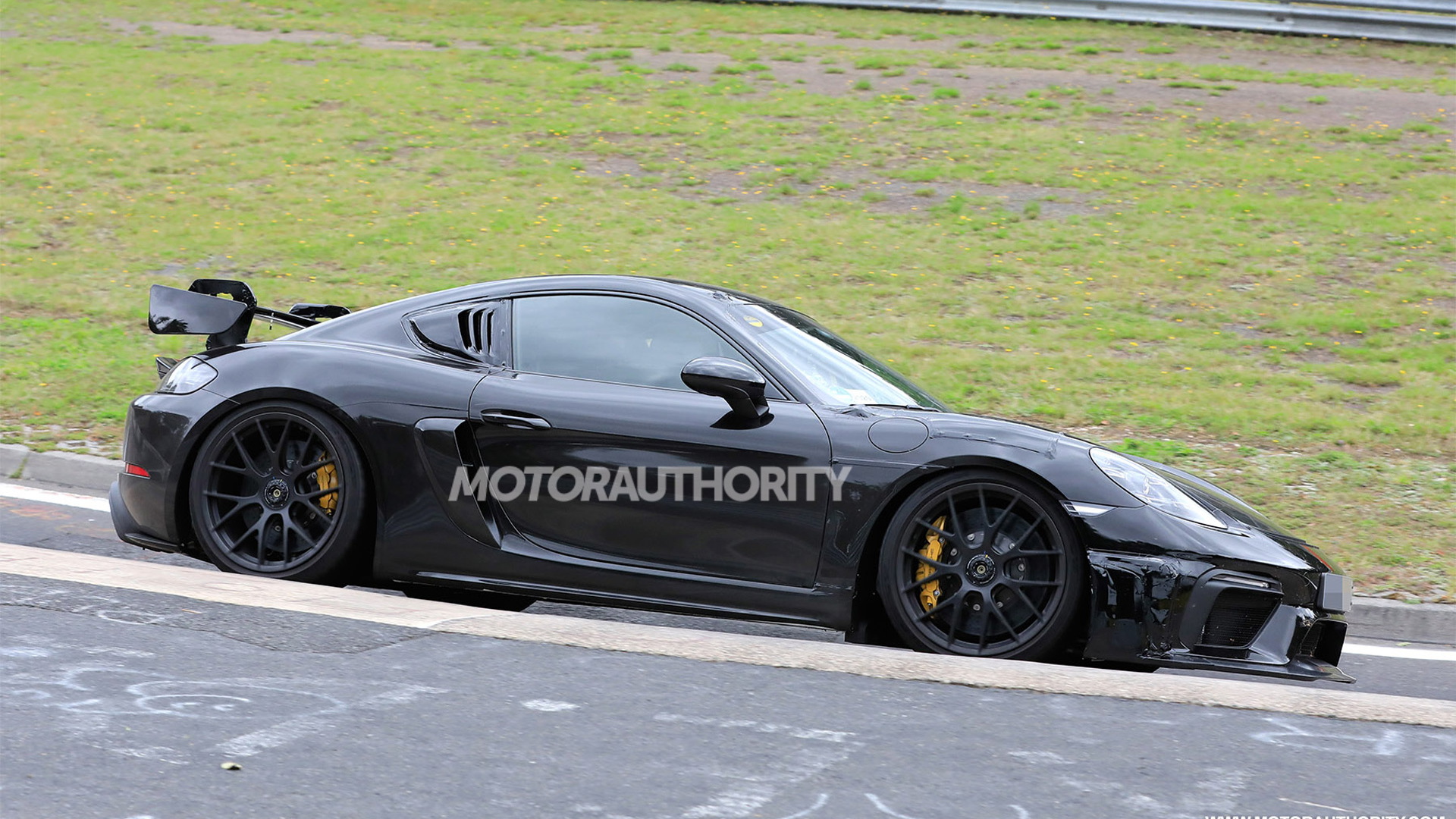 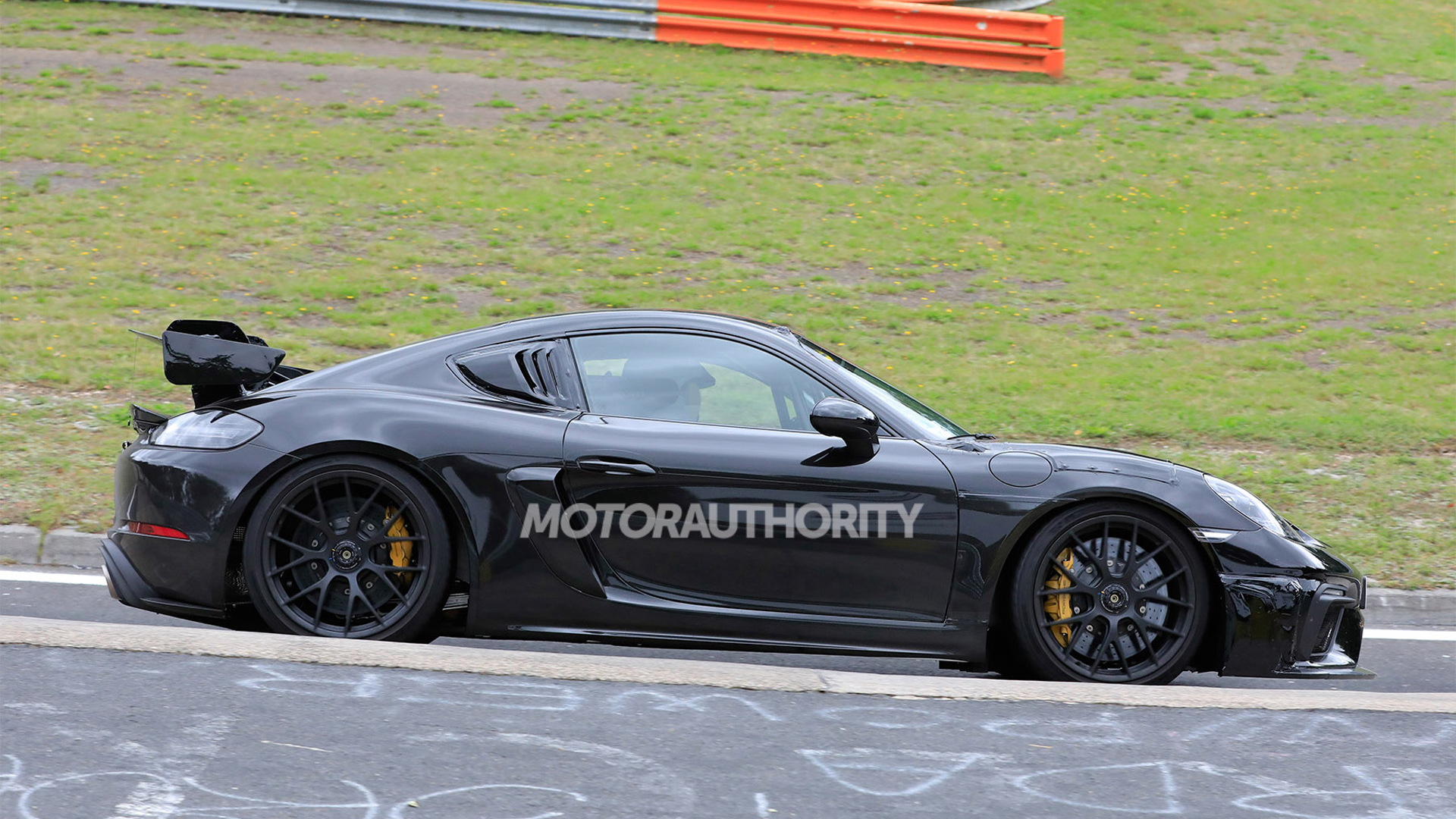 If the 2020 Porsche 718 Cayman GT4 doesn't seem like enough, know the German marque didn't throw every ounce of performance at the car just yet.

Yes, there is a more hardcore 718 Cayman GT4 RS, or something along those lines, in the offing, something Porsche execs have been hinting at for years and now is finally approaching the end of its long development.

The spy shots and video show a prototype that may look like the standard GT4, but it's hard to miss the new NACA ducts in the hood, the vents replacing the rear three-quarter windows, and the massive race car-style rear wing. We also see new covers likely shielding vents on the front fenders.

More power should also be on the table given Porsche's past habits with other RS cars, with rumors suggesting close to 450 horsepower. The standard GT4 features a newly developed 4.0-liter flat-6 delivering 414 horsepower and 309 pound-feet of torque.

For the GT4 RS, Porsche is expected to add internals borrowed from the 911 GT3's 4.0-liter engine which is rated at 500 hp, specifically the GT3's titanium connecting rods and dry-sump system. These could help the GT4 RS's engine rev higher to produce more power.

While the standard GT4 comes with a 6-speed manual and, from 2021, the option of a dual-clutch transmission, the GT4 RS is likely to come exclusively with the DCT given the performance benefits of the quick-shifting transmission.

There are sure to be some chassis upgrades to go with the extra power and aero mods as well. The GT4 already features adaptive dampers and a ride height 1.18 inches lower than on standard 718 models. The cars also feature manual adjustment of the camber, toe, ride height and anti-roll bar settings.

It isn't clear when the GT4 RS will debut but a reveal later in 2020 or early in early 2021 is likely. What also isn't clear is whether the related 718 Boxster Spyder will also receive the RS treatment, though such a move isn't likely given the hardcore nature of Porsche's RS designation.